Animal Crossing: New Horizons is a game that demands attention. The way it’s structured, you’re supposed to play every day, or at least check in to see what’s up. Like brushing your teeth or taking out the bins, Animal Crossing is, at its core, a chore. So what happens if you forget to do that chore for two months?

I haven’t visited The Okay Cay, my Animal Crossing: New Horizons island, since late May, when a so-called friend used the game to screw me out of my hard-earned cash. Since then, Nintendo’s island life sim has received several updates. Now, you can go swimming. You can dream and, on Sunday evenings, enjoy fireworks. The most recent addition reintroduced the “ability” to fall flat on your face.

I wanted in on the action, but I’d also heard that Animal Crossing games punish players for leaving their towns untended.

Sure enough, sticks littered the ground. All of the trees were fully bloomed with fruit and bags of money (something that would happen over the course of a long weekend, in fairness). The shoreline seemed to have more seashells than sand. I counted more than half a dozen cross-hatches indicating dig spots. The crafting resources, like chopped wood, that I left scattered about were still exactly where I left them. But beyond that, the island wasn’t exactly in disarray.

Previous Animal Crossing games notoriously reprimanded absent players by sprouting unmanageable clusters of weeds. Unsettled sections of the island – the mountainous northern reaches, the central wetlands, the plains to the east that are assuredly haunted – were indeed overrun with truly, oddly delightful weeds. But most development on The Okay Cay is concentrated in the southwest corner of the island, and that burgeoning hamlet was entirely devoid of any such overgrowth. When the human villager is in absentia, do the animal citizens pick up the slack?

If you’re returning, you can bet on those citizens having a mixed reaction. Here’s a grab bag of how I was treated:

No one, as far as I can tell, moved away. But The Okay Cay received some new residents: cockroaches. This spurred some hate mail. 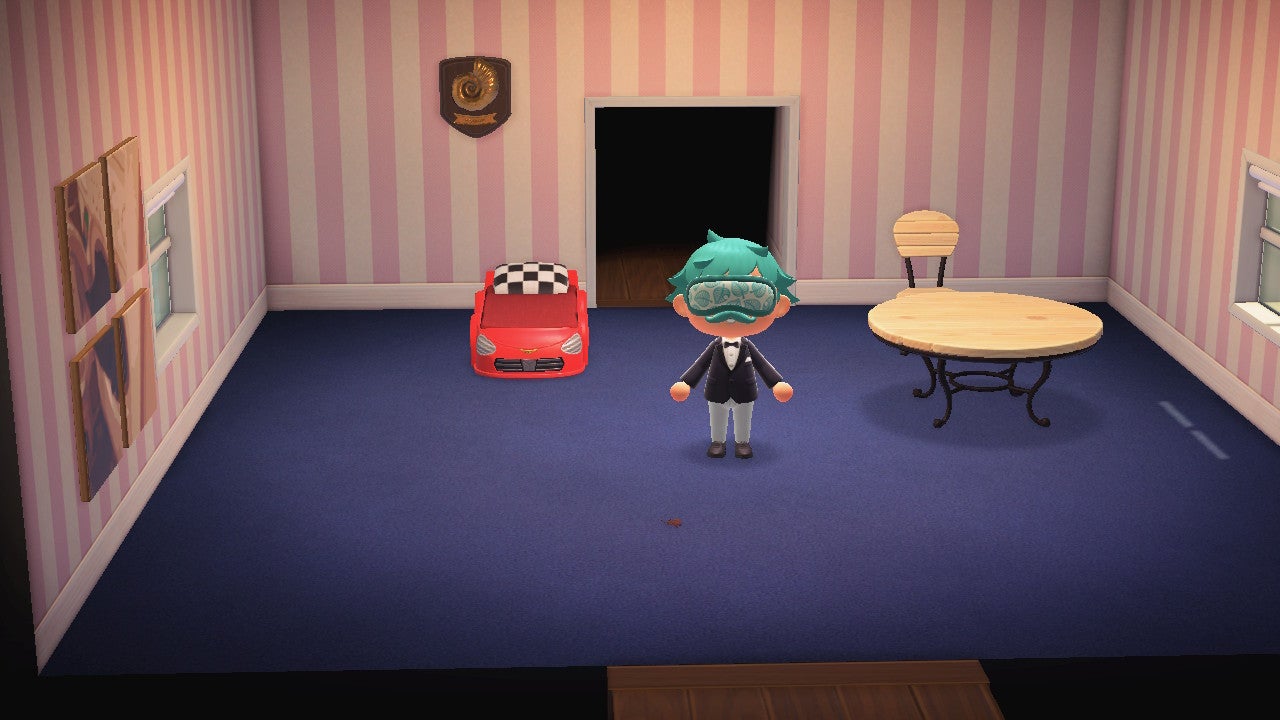 All it took was one cockroach to replicate your average NYC flat.

Most of it came from the Happy Home Academy, an uptight homeowners association that found it worthwhile to send me repeated messages about my home’s ranking (ranked B, with 1,804 points, every time) before, evidently, deciding enough was enough. “We feel this should be obvious, but it’s not good interior design to allow cockroaches to run about your home,” they wrote. “This is a major point reduction – please address it!” My cosy beachfront one-bed now has zero points. But it’s still ranked as a B. Small victories!

Purging your home of cockroaches is, thankfully, less burdensome than it is in the real world. All you have to do is walk over them and they’ll disappear in an explosion of cutesy stars. (Were it so easy…)

Two months of abandonment is, all things considered, not so bad. But what happens if you leave your town alone for a year – or, better yet, an entire decade?

To find out, I set my Switch’s clock to July 31, 2030. The result only added to Animal Crossing’s Twilight Zone vibe. Against all known laws of botany, The Okay Cay was not overrun by weeds. Biological processes, too, seemed to be suspended in time. Not a single villager aged a day – though every one of them had some sort of snarky quip. Even the once-chill Tammy passive-aggressively called me a mirage. True to form, Rudy challenged me to a weightlifting contest. There’s a wealth of scientific literature documenting the fact that muscle mass naturally depletes, and is more difficult to pack on, with age. Rudy, then, is apparently ageless.

Best of all, a decade away seems to cause the Happy Home Academy to cool its pretentious britches. Over the course of the 2020s, my inbox received just one chiding message.

In other words, tending to Animal Crossing: New Horizons is one more chore you can always put off “till next week.”