Microsoft finally showed off what it has planned with Halo: Infinite and a bunch of other first-party exclusives today during its Xbox Games Showcase.

There were a lot of games, and a lot of exclusives, but not a lot confirmed for this holiday launch of the Xbox Series X. Still, Halo: Infinite at least will be there and it seems like it will have a giant open world to keep people busy with.

Here’s everything showed during the pre-show and hour-long main event. 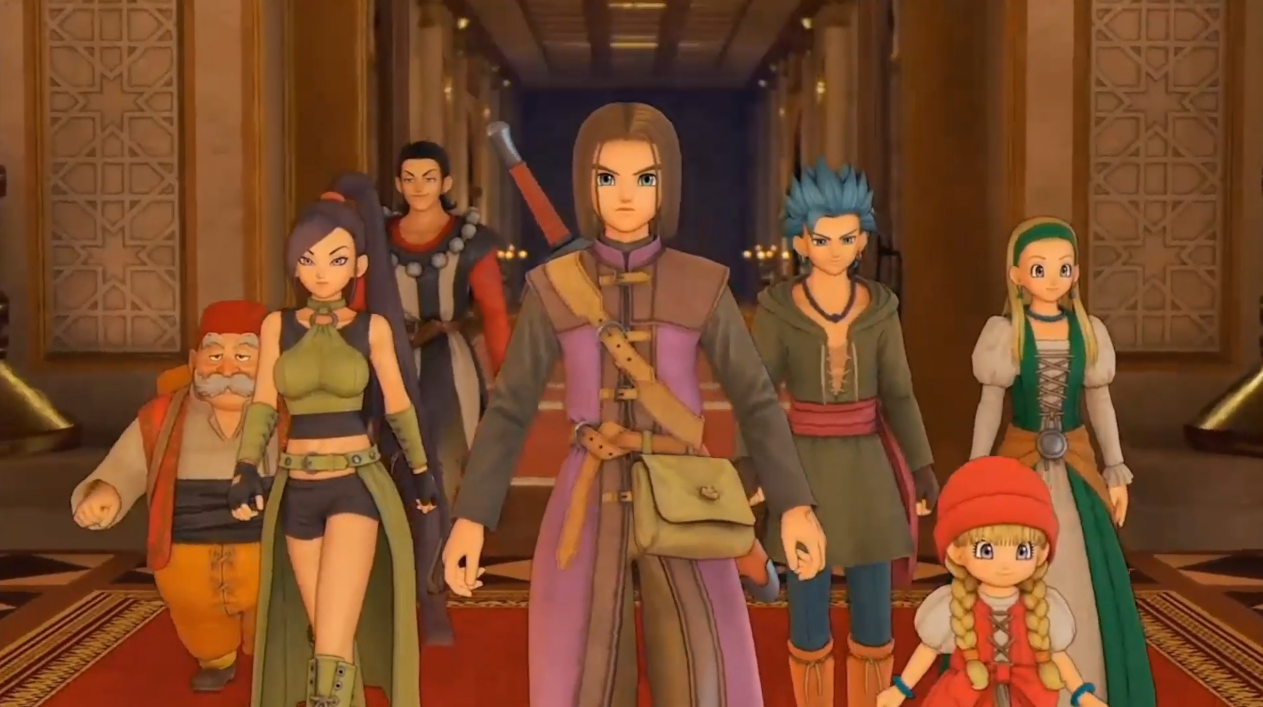 Xbox is finally getting a Dragon Quest game.

During the pre-show with Geoff Keighley, Square Enix announced that Dragon Quest XI: Echoes of an Elusive Age will be coming to Game Pass for both console and PC on December 4. Despite the series’ decades-long history, this is the first to ever be playable on a Microsoft console.

Exomecha is a free-to-play competetive FPS that looks like it was dreamed up by Michael Bay.

Coming to Xbox One and Series X sometime in 2021, Exomecha seems like a Transformers-inspired arena shooter where you run around shooting at other players while big metal robots fight overhead. It could be fun or it could just exist to throw microtransactions at you.

From the makers of Riverbond, Echo Generation is another voxelly adventure game filled with some creepy music, beautiful scenery, and old-school turn-based battles. It’s coming sometime in 2021.

Hello Neighbor 2 was also announced during the pre-show. A sequel to the first game, which also got a follow-up prequel called Hide & Seek, it doesn’t seem like developer Dynamic Pixels and publisher tinyBuild have plans to stop making creepy games about home invasion anytime soon.

Veteran Sega developers are teaming back up at Square Enix for a 3D platformer called Balan Wonderworld.

Sonic and NiGHTS co-creators, Yuji Naka and Naoto Ohshima, have teamed back up at a new Square Enix studio called Balan Company to head up a new project called Balan Wonderworld. It’s set to release next spring and looks just as whimsical and old-school as you’d expect. It’s also coming to all the major platforms (Xbox Series X, PS5, Xbox One, PS4, Switch, and PC). We caught our first glimpse of Halo: Infinite’s campaign today and while it included a lot of familiar sights there was also a lot of firsts for the series, including a new grappling hook that lets Master Chief swing around like Spidey. the game’s open world is also apparently bigger than all of the levels in the last two games combined. It looks like a lot. And of course it will run at 60fps.

State of Decay 3 exists in some form.

Microsoft showed off a cinematic trailer for the next game in its zombie survival sim series. There was blood and it was scary but no release date yet.

The cars look even prettier on next-gen.

Everwild is a gorgeously animated new game from Rare.

It’s coming to Xbox One and PC.

Tell Me Why will be released in parts.

The Alaska adventure game will have its first chapter arrive next month on August 27.

Ori And The Will Of The Wisps is getting a big update optimising it for Xbox Series X. 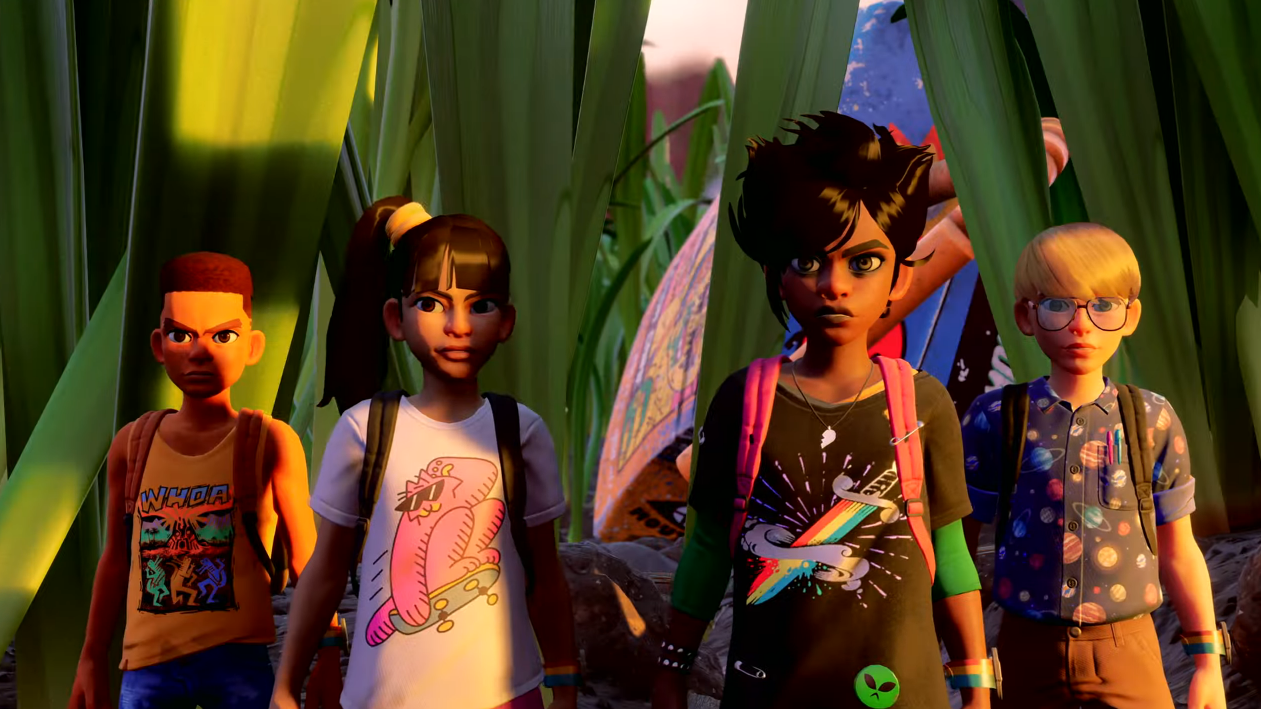 Grounded is coming to Xbox Preview on July 28.

Obsidan’s adventure game take on Honey I Shrunk The Kids will be available to try-out in early access next week.

DLC is coming to The Outer Worlds.

Called Peril on Gorgon, the expansion arrives on September 9.

Obsidian is also working on its next big RPG.

It’s called Avowed, will be first-person, and (surprise!) set in a magical fantasy realm of Eora. There’s a new interactive narrative game in the works called As Dusk Falls.

It looks like it uses a hybrid comic-book style and is taking diverse representation seriously. Destiny 2 and all of its existing expansions are coming to Game Pass in September.

It looks like Game Pass subscribers will have a chance to catch up in Bungie’s loot shooter before the release of Destiny 2's next big expansion, Beyond Light, coming in November. The game will also be streamable on xCloud with a Game Pass Ultimate subscription, and will be optimised for Series X later this year.

A sequel the 2007 Chernobyl survival game has tried to get off the ground for a while now, and this is the most in-depth look we’ve had of a revived S.T.A.L.K.E.R. 2 since the previous one was cancelled. The water in Hellblade 2 looks amazing.

Ninja Theory’s Senua’s Saga: Hellblade II continues to look great but we didn’t hear anything about when it’s coming out.

The next SteamWorld game will be an Xbox exclusive.

It’s called The Gunk and it’s coming sometime in 2021.

Tetris Effect is coming to Xbox One and Series X.

And it’s getting a co-op multiplayer expansion next year called Tetris Effect: Connected.

We got a trailer for CrossfireX.

A shooter from Smilegate and Remedy, CrossfireX looks like the war on terror pumped up with some mysterious intrigue and super soldiers.

There’s a new Warhammer 40K hack’n slash game from the makers of Vermintide.

It’s called Warhammer 40,000: Darktide and unlike Vermintide is therefore set in the series grim, futuristic setting. It’s coming sometime in 2021 and like the earlier games it will feature 4-play coop which is good because the city of Tertium looks too scary to explore alone.

A new version of Phantasy Star Online 2 is coming in 2021.

Called New Genesis, it looks like an overhaul of the nearly decade-old MMORPG and it’ll be a timed console exclusive on Xbox.

Psychological horror game The Medium is out this holiday season.

It’ll also sport a “dual reality” feature where two different game worlds are rendered simultaneously across a split-screen and it looks really neat.

It’s been a long wait, and who knows how much longer we still have to go, but at long-last a new Fable game is in the works. Did I mention it’s been a long time since Fable 3 (we won’t count Journey)?