The Star Wars Episode I: Racer Remaster Is a Little Ugly, But I Love It

The excellent 1999 racing game Star Wars Episode I: Racer received an HD re-release for Switch and PlayStation 4 last week. It’s hideous in the unique way that only sharpened-up ‘90s-era 3D games can be, and I adore it.

Episode I: Racer expanded upon one of the few shining moments in Star Wars: Episode I – The Phantom Menace, the introduction of the sport of podracing. The underground sport, sponsored by shady dealers across the galaxy, added some meat to the Star Wars galaxy, and LucasArts’ racing game expanded the concept further. While the famous race on Tatooine from the film is front and centre, a variety of different tracks set on different planets were included, with players able to take them on in free play or time attack modes after completing the initial tournament.

As much as I like to poke fun, I’m a big fan of early 3D. What game developers back in the day did with incredibly limited textures and a handful of polygons is nothing short of amazing. HD remakes of games like Star Wars Episode I: Racer give us a peek behind the curtain, sharpening details that were better off blurry and obscured by lower resolution hardware. It’s hideous, but also beautiful. 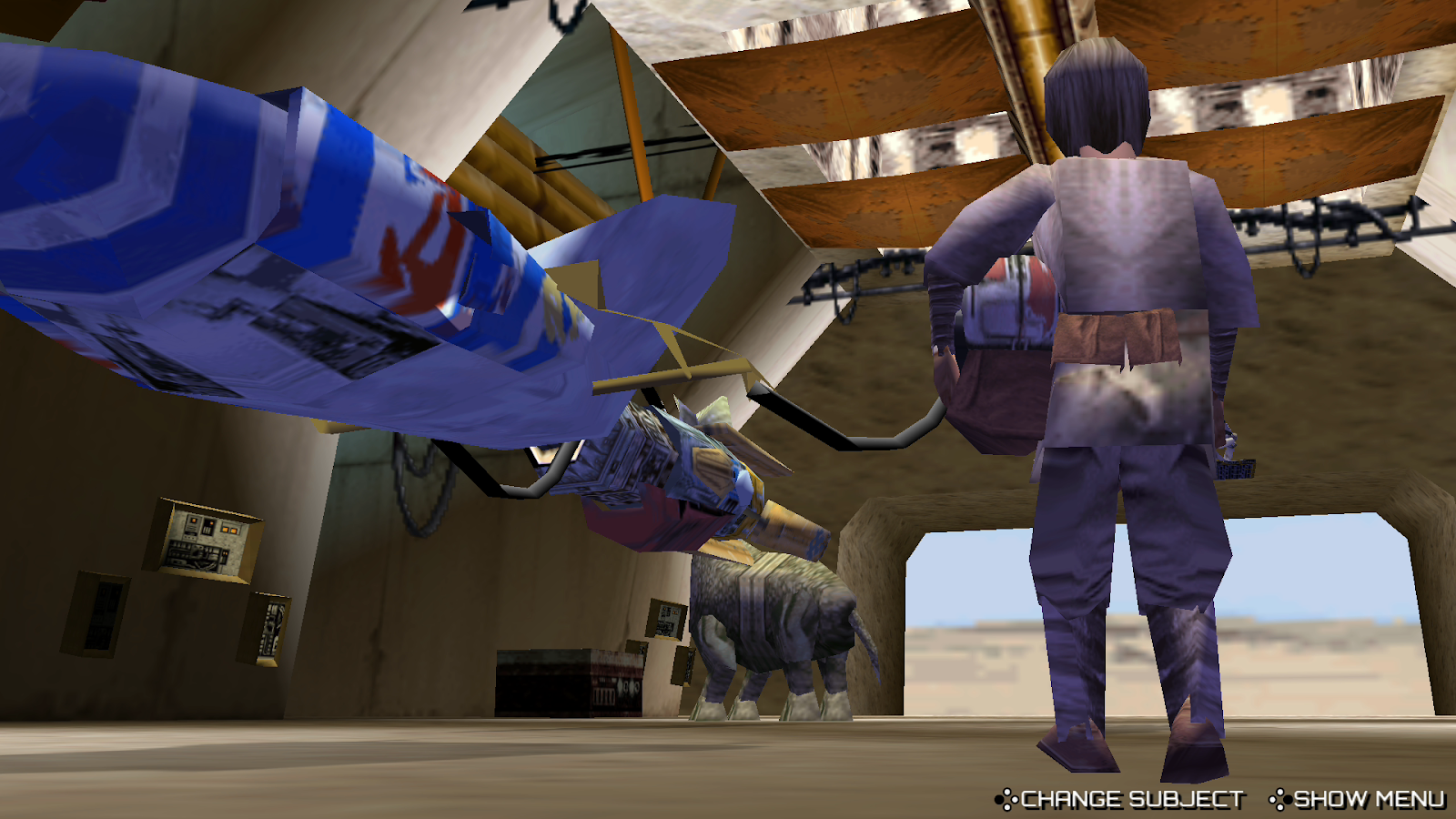 What’s great about the Star Wars Episode I: Racer HD remaster, aside from the dulcet tones of actor Jake Lloyd (he plays Anakin Skywalker, the kid who becomes Darth Vader), is how well those primitive polys fly. It’s a speedy 60 frames-per-second all the way from start to finish. It’s easy to lose oneself in the exhilarating speed of these silly hover vehicles, once those late ‘90s CGI cutscenes are finished.

In one round with the game I raced two tracks, one with an average lap time of one minute and another at 30 seconds. Later there’s a race where the average lap is upwards of two minutes. Track consistency isn’t the game’s strong suit. That’s really one of my only major complaints about the game.

Otherwise Star Wars Episode I: Racer HD is a sharp-edged nostalgia bomb that’s lovely for its muddy-textured hideousness. I love to see it.