I Turned My Steam Profile Into a GeoCities Disaster

A new Steam rewards program that just launched lets players obtain Steam profile items and backgrounds using points earned by purchasing games. Some of these can turn your profile into an ugly mess. I decided to see just how ugly.

As Jurassic Park’s Ian Malcolm might say, I was so preoccupied with whether or not I could, I didn’t stop to think if I should.

Yesterday was the start of the annual Steam Summer Sale. And alongside a huge list of discounts and deals, Valve also launched a new rewards shop that offers players various items they can obtain using points earned from purchasing games on Steam. For example, you can now buy a chill and serene background of a lake house for your Steam profile. 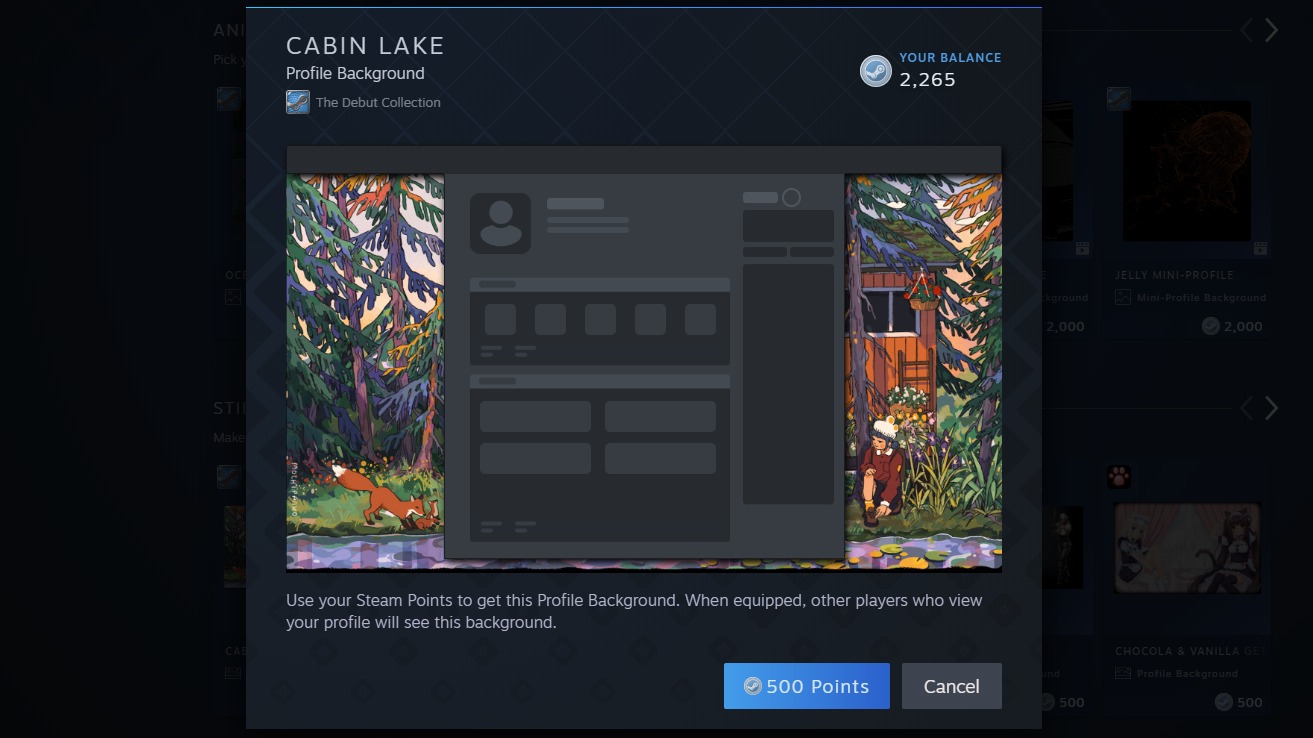 Nice. Very relaxing and classy. But I didn’t want to relax or be classy. I wanted to turn my Steam profile into an early-2000s MySpace page. I wanted to create something truly ugly and annoying. So I took the points I had from previous Steam purchases and began a shopping spree, looking for the most hideous and gaudy gifs fake-Valve-dollars could buy.

This new Steam Points Shop is already packed with a bunch of cosmetic items, many of them from popular Steam games. You can find animated stickers from CS: GO, Doom Eternal, Dota 2, Half-Life, and many, many more games. I was immediately drawn to a sticker from The Witcher 3. It was Geralt in his bathtub. It cost me 1,000 Steam points. Considering you have to spend £1 to earn 124 points, this Geralt cost me a little over £8.

After buying a few more animated stickers that I could plaster on the front of my profile, I realised my background was so drab and static. Luckily, the Steam Points Store has a nice selection of obnoxious animated backgrounds. I decided to go with “Ink” because it had the most movement. After spending 2000 points on it, I discovered that Ink is fairly low resolution and the animation isn’t as smooth as I expected. But these two drawbacks were actually merits, and made my profile page look even worse!

If after seeing my profile page you too want to create something awful, don’t feel like you need to rush over to Steam today or before the sale ends. Unlike previous Steam gimmicks, the points shop will be sticking around permanently. Which is nice, considering previous Steam sale events have featured weird, complex, and broken gimmicks that often confused players more than anything. The Steam Points Shop is simple, elegant, easy to understand, and feels like a natural addition to the Steam ecosystem.

Now, if Valve would just let me add some Evanescence songs to my profile it would truly be a proper memorial to the MySpace pages of old.