During last night’s EA Play, Apex Legends developer Respawn announced the game’s next collection event, Lost Treasures, alongside upcoming crossplay and a Switch version of the battle royale game. Lost Treasures will feature everything you’d expect – new gameplay, new cosmetics – as well as technophile character Crypto with a moustache. I’m here for it.

Crypto’s moustache appears to come as one of 24 event-related cosmetics you can buy or earn in an Apex Pack. He gets a town takeover as part of the event as well, called Crypto’s Map Room. The trailer shows him searching for something, tracking enemy movement and studying a holographic map. All pretty on-brand for a drone-wielding hacker – except for the moustache.

Now, I’m a man with a lot of opinions about facial hair. I didn’t used to be, but late last year I started growing my first beard. Suddenly, I became very invested in other people’s facial hair: how good it looks, how I think they groom it, how they feel walking around with their particular face. I notice beards and moustaches in a way I didn’t before, and every thick chin or well-defined line feels like a reflection on my own (currently nightmarish, thanks to coronavirus) beard.

Crypto’s moustache is, objectively, a good moustache. It’s thick and well-styled, and while I’m not a fan of the gap in the middle, it’s a standard look. If you removed it from his face and put it on display, admissions-paying observers would say, “Yes, that is a moustache.”

But the other half of making a moustache appraisal is how it looks on the person who grew it. On one hand, his moustache looks good with the metal plating on his chin, giving it sort of a beard look. On the flip side, there’s no denying it looks pasted onto his face. Combined with his new outfit, which features a lot of gold accessories and would feel at home in A Night at the Roxbury or Strange Days, he looks like the kind of guy who’d corner you at a tech conference open bar, offer you coke, and then try to get you on board for “disrupting” something. 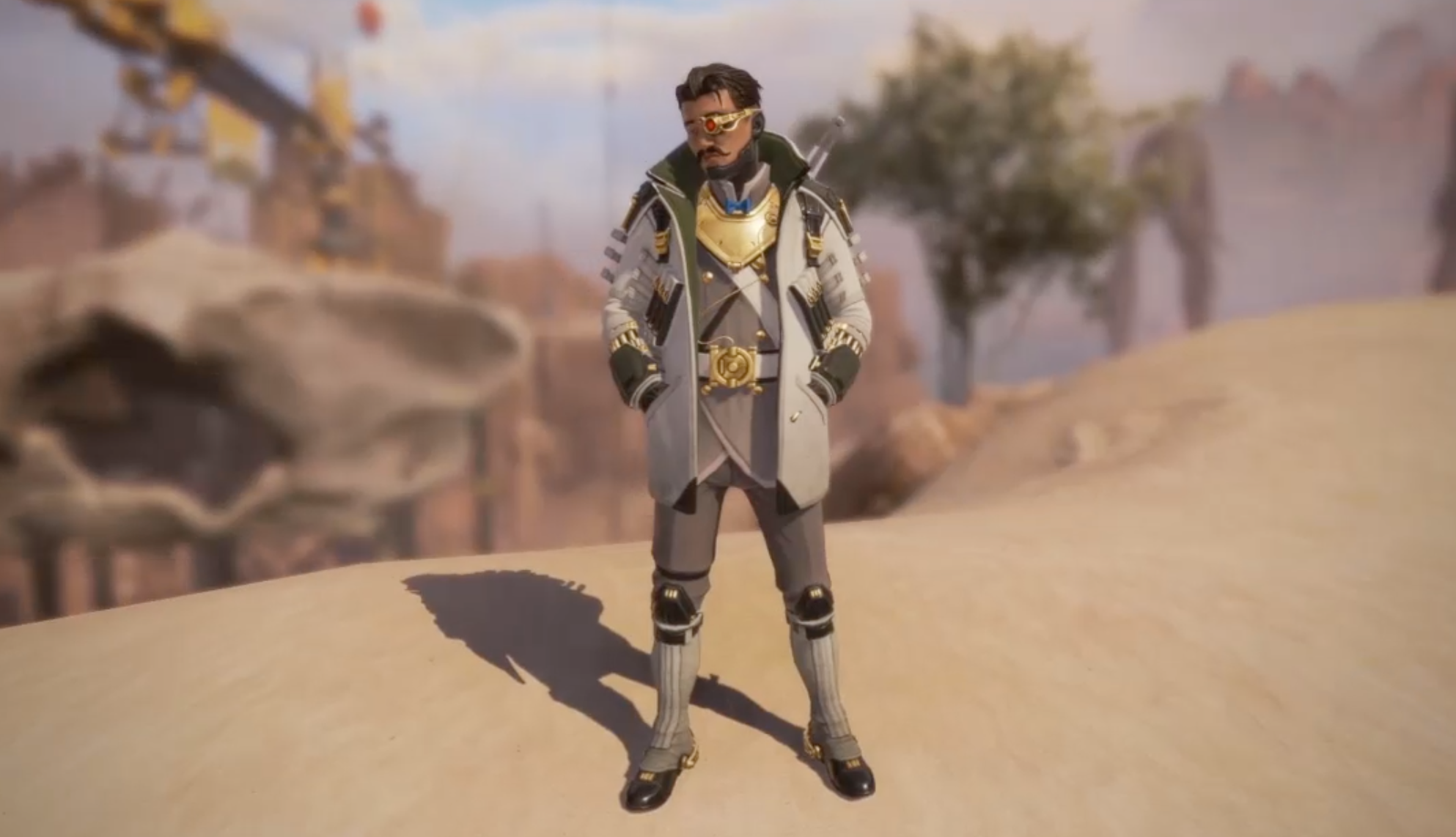 Crypto clearly can grow a moustache, but should he? Players on Twitter are torn, with some praising Crypto’s moustache energy and others saying it looks ridiculous. Taken as a part of his whole new look, the moustache seems to me like an ill-advised choice in a series of ill-advised choices. But, as a facial hair-having person myself, even the worst facial hair gives me overwhelming pangs of compassion. It’s hard to grow facial hair, and it’s even harder to look good doing it! When I imagine him without these clothes (when I... imagine Crypto naked?..), the moustache feels human and aspirational. He’s not just a part-robot battle royale killing machine; he’s a guy who’s growing a moustache! Even in the face (hey-o!) of coronavirus making it impossible for so many of us to see barbers, he hasn’t just shaved it off in despair. He probably bought some moustache wax, and watched some YouTube videos. Whether or not you like the look, you have to admit he’s going for it. Crypto and his facial hair are trying their best, and that’s the most we can ask for from anyone these days. I’m rooting for moustache Crypto, or at least until he shows up on an enemy team.