The Destroy All Humans! Remake Demo Has Me Excited to Do Exactly That

The cult classic game Destroy All Humans is getting a full remake courtesy of Black Forest Studios. A new demo released this week on Steam has me optimistic for the full release in July. It captures the spirit of the original game while looking and playing in a sharper, more modern way.

In video games, players often fight aliens who are trying to invade our planet or destroy our space colonies. Destroy All Humans flipped the script when it was released back in 2005 for PS2 and Xbox. Instead, it let you play as the alien warrior Cryptosporidium 137, who is invading Earth during the late 50s, complete with cheesy sci-fi music, rayguns, and probes. It was an ambitious game for the era, containing large levels, UFO action, lots of zany weapons, and different ways to screw with humans. Going back to the original earlier this year, I was impressed by how much it tried to pull off and disappointed by how rough it all looked and felt in 2020. So I was excited to finally play a demo of the upcoming remake. 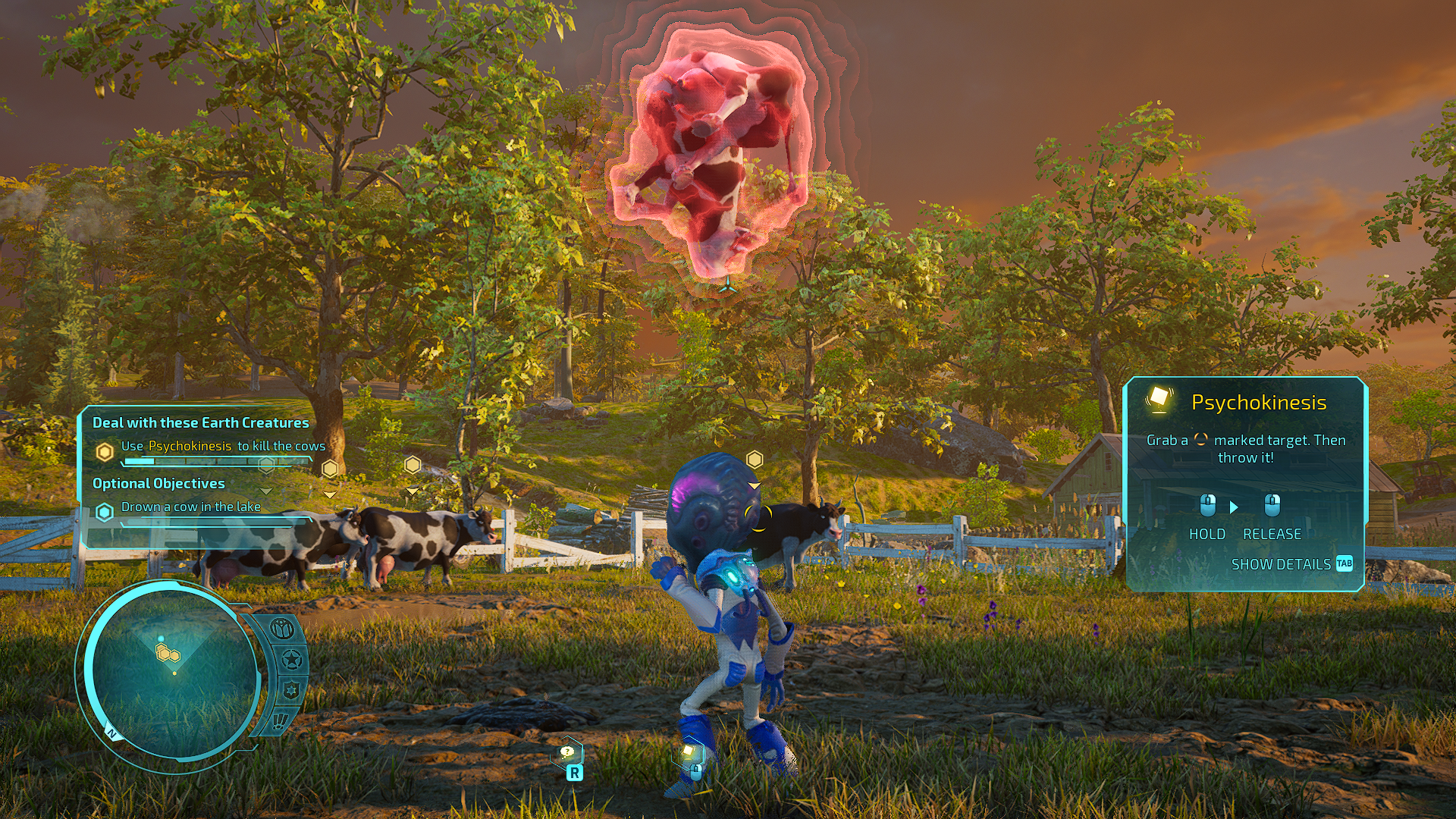 The first big difference between the classic game and this new remake is the improved visuals. This remake is being developed using Unreal Engine 4, a flexible and powerful engine. The results are fantastic: The game looks like a high-quality animated film, complete with some lovely lighting and textures. Characters models are exaggerated and ugly by design. There are lots of little details, like wet mud that shines and sparkles depending on the light sources around it. None of this is new or groundbreaking in 2020, but comparing the classic game to the remake shows just how far the developers have gone with the visual overhaul. It feels cliche to say, but the new Destroy All Humans really does look like how I remembered the PS2 game looking back when I was a young teenager.

The remake has the HUD on the left, Original on the right.

If being pretty wasn’t enough to win me over, the gameplay sure did. This is only a demo of the first level of the remake, so I can’t say the whole game will keep up the same level of quality, but the PC demo ran at 60fps and felt snappy as a result. Grabbing a cow with your mind powers and chucking it across the sky and into a tree has never felt better thanks to how smooth it all looks and the improved physics. Crypto’s jetpack handled smoothly and effortlessly, and the short taste of UFO action I got at the end of the demo had me wanting a lot more. You could pilot Crypto’s UFO in the original game, but here the increased detail and draw distance makes things feel bigger and more exciting. I ended up playing the demo twice because..well...I want to play the rest of the remake but it doesn’t come out until July 28th.

Unfortunately, the remake uses the original voice lines from the first game, which sound older and muddier compared to the overhauls of the rest of the remake. I understand getting the original voice actors back might have been difficult, but I also think recasting or recording the audio would have been the better move. There’s a charm to the original’s writing, but there’s also some weird pacing and delivery. This Destroy All Humans remake might look fantastic, but it still sounds like a PS2 game. That also means you have to listen to the original Cryptosporidium 137 voice, which is just a weird Jack Nicholson impression. It’s an odd choice, but doesn’t it ruin the experience, and at the very least it hopefully means the remake will stay faithful to the original’s story. 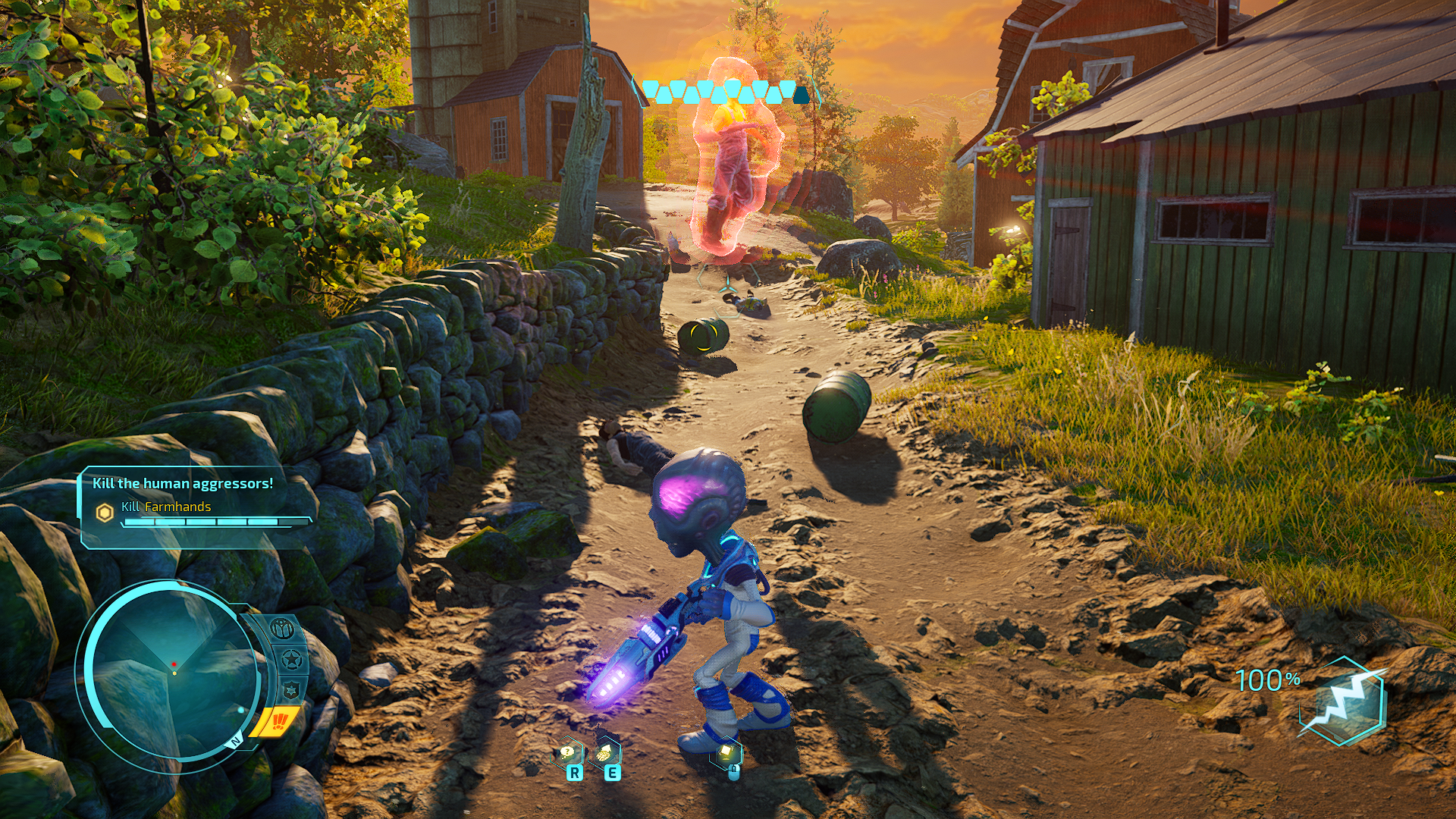 If, like me, you played the original game, and some of the inferior sequels for hours and hours back in your youth, the Destroy All Humans remake will be exactly what you wanted: That same game, now with better visuals and snappier gameplay.