Meet Klara and Avery, the stars of Pokémon Sword and Shield’s new Isle of Armor DLC. They’re your rivals in the expansion. They absolutely hate your guts, and it’s wonderful.

If you’re playing Sword you’ll get Klara, a former front woman for a punk band trying to chase clout by becoming a gym leader. If you’re playing Shield you’ll get Avery, a busted psychic whose family looks down on him because he can’t teleport. He also wears a top hat for some reason. Both are ready to stomp all over you as they try to climb to greatness. 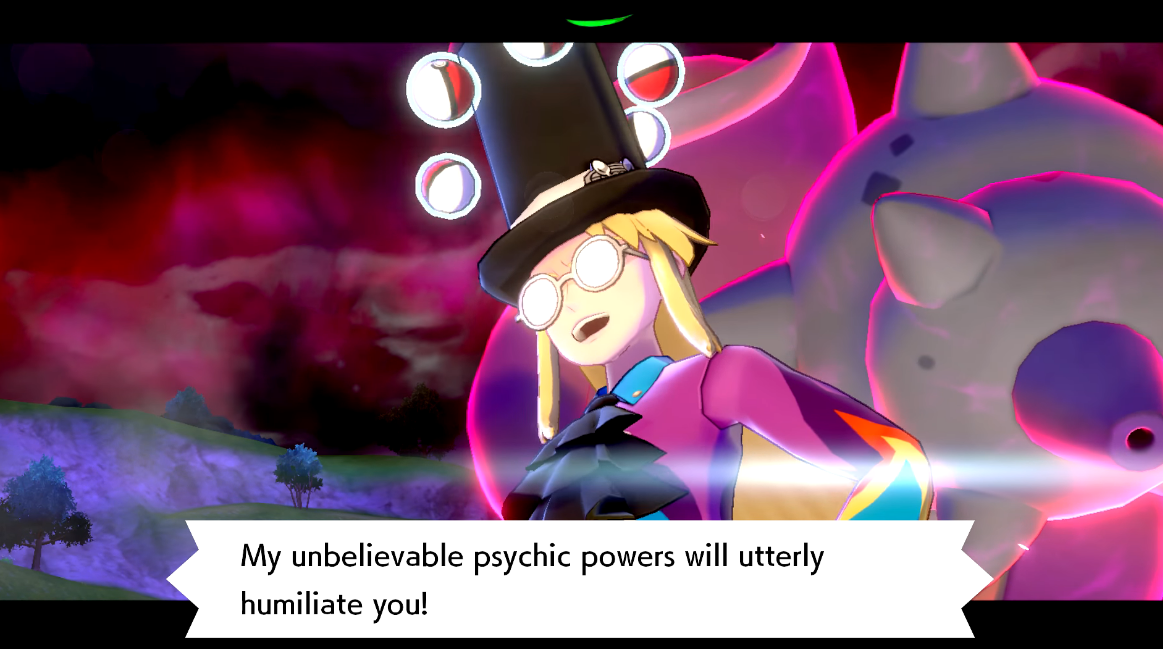 It’s not just their sass and utter disregard for you that makes them stand out in Pokémon Sword and Shield’s otherwise mostly friendly world; it’s also their unrelenting narcissism and the way they ooze style. Klara’s headband looks like it was made out of an actual Pokémon’s wings, while Avery looks like a pilgrim who just walked off a Mayflower Pride Parade float. As one person pointed out on Twitter, they’re basically the Team Rocket Jessie and James of the Galarian Region.

I regret knowing this discovery pic.twitter.com/qxtBqqRfB2

“My goodness, this is a thick one. Like a poor, lost Wooloo...” Avery mutters to himself after you first meet him. “You can always call if you run into any trouble. Call somebody else, that is,” he says later on, after you’ve ostensibly become sort of, maybe, okay friends. 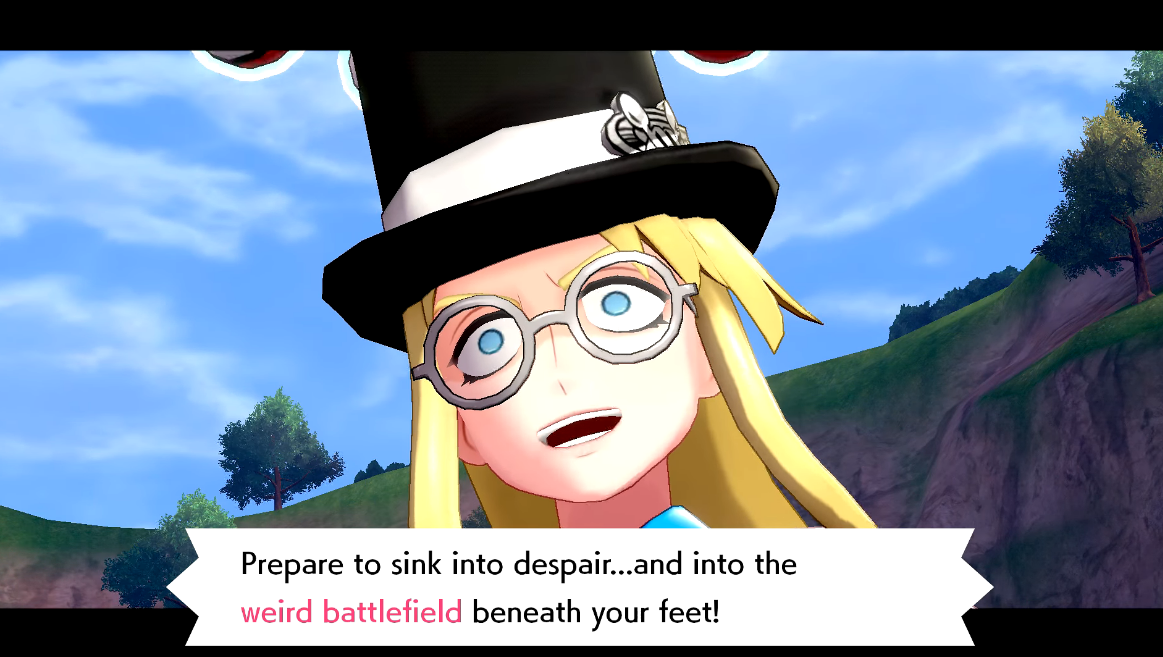 Klara is even more two-faced, being sweet and kind when she needs a favour only to stab you in the back when it comes time to battle. “Look, the first damage you took on the Isle of Armor! Consider it a little gift from me!” she says the first time you fight.

At one point she even rigs a stadium field with poisonous barbs to try to get an edge against your Pokémon, which in the world of Pokémon is illegal or at least should be.

Apparently Avery and Klara are massive bitches to the player which means they're A+++ tier bc I too am also like 'fuck them pokekids'.

They’re a breath of fresh air, for me at least, especially when compared to the more mawkish bits of Sword and Shield’s main story. The trajectory of just about every Pokémon game is pretty straightforward: collect strange creatures, force them to battle one another, become the very best. In each game you have a rival, someone to egg you on and keep you motivated. In the more recent games these have tended to be friends: You’re both competing for the same title but also each want to see the other succeed. It’s all very wholesome and a far cry from some of the petulant shitheads you used to compete against in the older games. 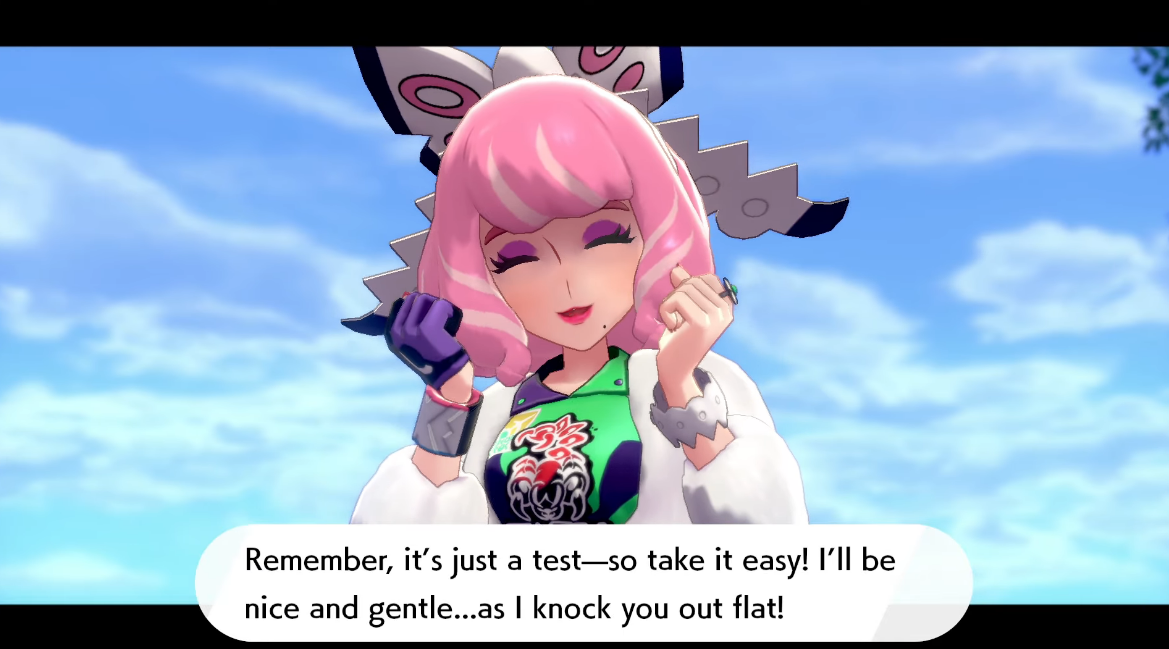 When Klara’s trash talk was followed by a Venipede I nearly died.

Hob, your rival pal in Sword and Shield, is the epitome of that. You could probably kidnap his Pokémon on the road to becoming a champion and he’d still root for you. Klara and Avery, on the other hand, are cut from a different mould. They’re mean and self-centred, but not quite the unaware dirtbag that Blue (AKA Gary) was in the original games. They’re just extremely impatient with your dumb ass and not at all confused about the true zero-sum nature of Pokémon training.