How to Make the Most of Your Two Hours With Session

The upcoming Tony Hawk’s Pro Skater remake is getting a lot of hype, but Xbox players take note: Session, the skateboarding sim from indie studio Crea-ture, is currently available as a free trial on Xbox Game Preview. It’s a challenging game rooted in realism, more akin to EA’s Skate series than anything with The Birdman’s stamp. In fact, the seven people out there still clamouring for Skate 4 will be happy to hear that Session is as close as it gets.

Whatever account you download the trial on will have two hours with the game. When you run out the clock, Session will close no matter what you’re doing. That being the case, it’s best to go into this trial with a moderate understanding of how things work.

Like the Skate games, Session aims to approximate the real feeling of riding a skateboard. Rather than button inputs, the control scheme is a matter of thumbstick mastery. The right stick controls your right foot; the left stick controls your left. To steer, you use the triggers: The right trigger shifts your body weight right, while the left shifts it left. It takes a minute to get used to, and anyone who’s tried to ride a skateboard IRL will surely experience a wave of mild nostalgia.

Session’s tutorial runs you through a few basic tricks – a kickflip, a shove-it, some basic grinds – and then sends you on your merry way to just figure things out. In a full-sized game, that’d be no issue. When you have just two hours to play, though, it kind of is. Why spend 119 minutes trying to figure out how to stomp a backside flip if you’ll only be able to play with it for 60 seconds?

Last night I played every minute of the Session trial, and figured out a few tricks I wish I’d known from the jump. (With all apologies to goofy riders, all controls mentioned are for regular stance.) The first is the fact that you can spin – 180s on flatground, and 360s if you have a little lift. You need only lean the millisecond before you ollie, and continue leaning throughout your time in the air. Pull the left trigger for a frontside spin and the right trigger for a backside one. Combine a backside spin with a kickflip (flip the right stick up and the left stick left) and voila! You just learned how to do a backside flip.

The game tells you to do a quarter-turn of the right stick for a shove-it. If you want to do a 360-shove-it, you’ll need to do a full half-turn. Combine that with a kickflip to stomp the ne plus ultra of street skateboarding tricks: a three flip. 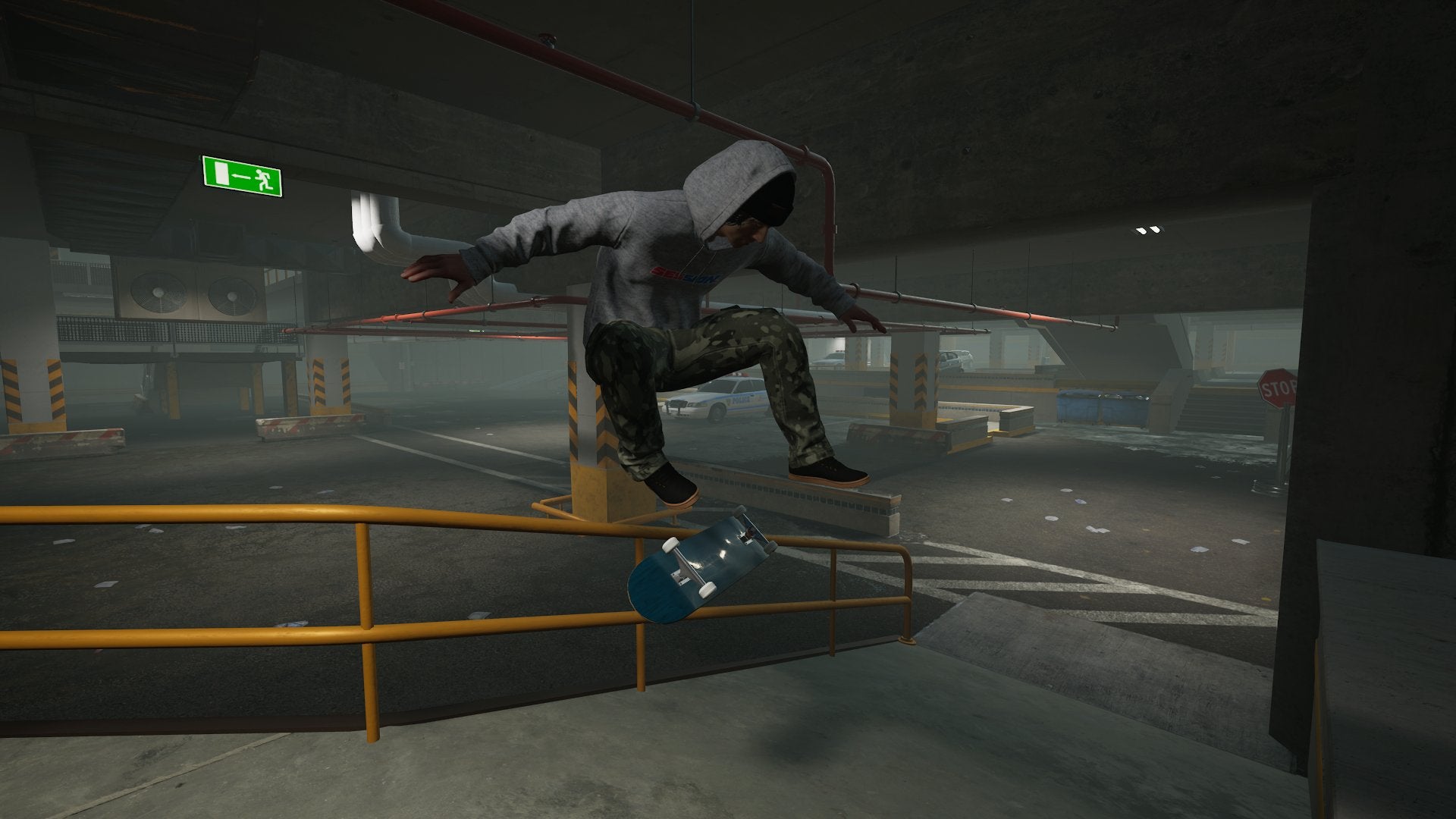 I definitely landed this three flip. Yup. No need to look into that any further.

You can also manual in Session, something the barebones tutorial won’t tell you. Lean the right stick back until you feel tension to do a regular one. Tilt the left stick forward about the same amount to do a nose manual.

My most important discovery, however, wasn’t of a trick but of a gameplay feature straight out of the Skate playbook: session markers. Hold down on the d-pad to set a marker. Hold up to instantly return to it. This way, you can hit the same nine-stair over and over again without having to hike back up it every run.

Session, which has been out on Steam Early Access since September, will unlock in full on Xbox Game Preview on June 17.