EVE Online players are familiar with loss. In fact, one of the first pieces of advice given to new players is “Don’t fly what you can’t afford to lose.” When a spaceship is destroyed in EVE it’s gone forever; the only time a player’s assets are truly safe is when they’re locked inside an NPC-owned space station or a player-built citadel. With this week’s Forsaken Fortress update, some of that safety is being removed.

Citadels are giant space stations that players can build and anchor in space. They can serve as forward staging areas for assault, well-defended home bases, or asteroid mining platforms. Many different players can dock their spaceships in these citadels and store their assets, ships, or modules or trade goods, and – before this update – be certain that those assets would be safe there.

With the introduction of the Forsaken Fortress patch, if the owner of the citadel does not keep up with the structure’s maintenance requirements, it will lapse into a new “abandoned” state, where almost all of the structure’s defensive capabilities will be greatly diminished, or completely disabled.

If a structure is attacked and destroyed while “abandoned,” any assets stored inside of it will be subject to EVE’s traditional loot drop system. There is a fifty-fifty chance that each item stored within it will be destroyed forever in the explosion of the citadel, or be ejected into space as loot for enterprising players to claim as their own.

Steve Clark, lead game designer for EVE Online, told Kotaku there are “around 40,000” player-built citadels in EVE right now. “Almost half the structures in the game were sitting in low power” before the update, “meaning they would go abandoned if unfuelled after Forsaken Fortress.” This means nearly 20,000 player-built citadels could turn into giant piñatas floating in space, waiting to be cracked open to see what goodies fall out.

Sæmundur Hermannsson, Brand Director for EVE Online, told Kotaku, “We have also been trying our best to reactivate old players by proactively letting them know what is about to happen.” The company has been emailing players to alert them about the change, to avoid a situation where a player comes back to EVE after a long hiatus and finds all their stuff is gone. 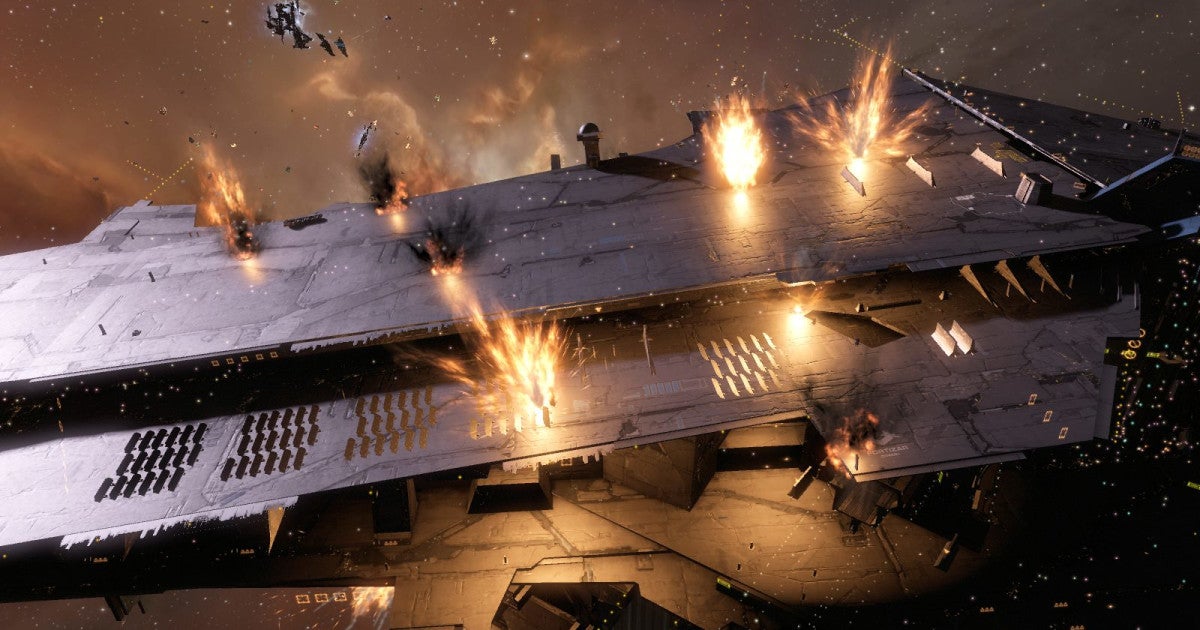 The messaging is apparently working, according to Clark: “Since announcement of the update, almost a third of those low-power structures have been fuelled.”

Posts on Reddit and the EVE forums suggest that players have been preparing themselves for the changes, either by ensuring their structures are well maintained or evacuating their goods prior to the update. Jamie Bannister, Senior Software Engineer on the EVE team, says that their internal data supports that this behaviour is happening: “One of the goals of this sequence of structure work was to reduce the number of unmaintained structures scattered around the universe. Our metrics actually show a distinct drop in such structures in the days after the initial announcement, before the changes had even been deployed, showing that a lot of structure owners got the message. Players were either reactivating their soon-to-be-abandoned structures or dismantling them to save for future use.”

The Forsaken Fortress update was released on May 26th, but thousands of citadels all across EVE Online are slowly declining into the abandoned state. In a little under a week, those structures will fully transition into abandonment and become vulnerable, making them enticing targets for enterprising EVE players. EVE is a game of loss, danger and uncertainty, and this update promises to deliver on all three of those fronts.