Eight years after its original release, scifi MMORPG Phantasy Star Online 2 finally became available on PC in the UK and US yesterday. The only problem? It came exclusively to the Microsoft Store, leading to all sorts of errors and complications for many players.

A lot of the issues seem to be stemming from the fact that there are two steps to installing the game. First, players need to download roughly 11 GB from the Microsoft Store, which can be a pain to navigate on its own. Then they need to continue downloading the rest of the roughly 80 GB free-to-play MMO from the official client. While the game automatically prompts you to do this, the files downloaded from the Microsoft Store don’t always seem to get along with the ones coming in through the PSO2 client, leading to permissions issues or incomplete downloads. Some players have even reported downloading the entire thing multiple times to get it to work, only to run into new problems each time. 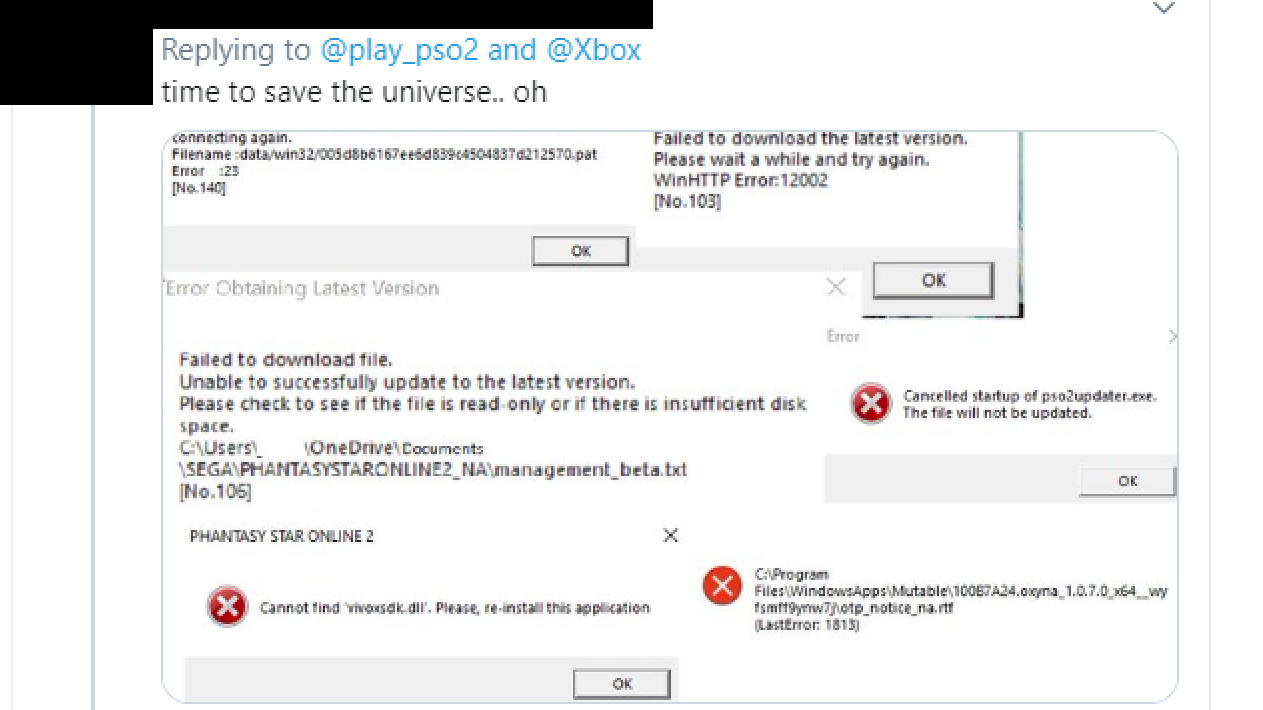 “I have been troubleshooting the Windows Store release of this game for other people on the Discord for the entire 8-ish hour span it has been available to download from the Store and it is a unfathomable fucking nightmare,” wrote one player on the game’s subreddit, in a thread spotted by PC Gamer that blew up yesterday. It’s far from the only one, though. A day later the subreddit’s frontpage is full of complaints, memes, and attempted workarounds for people struggling with Windows error messages as they try to install the game. Tweets from the game’s official Twitter account are also full of frustrated replies.

A community thread devoted to bug fixes has thrown together a set of potential fixes, but it’s a more convoluted guide than any 2020 PC release should require and doesn’t have workarounds for all of the problems players are reporting. Based on a tweet by the official game account Sega is looking into the issues, but there’s no timeline for when it might all be resolved.

While the Windows version of the game has some benefits, like Play Anywhere integration and cross-play with the Xbox One version, they’ve come at a price. Hopefully, like a lot of other Microsoft exclusives, it eventually finds its way onto Steam.