How to Manage All 95,128 Side-Quests in Xenoblade Chronicles: Definitive Edition

If you know anything about Xenoblade Chronicles, you know it’s 92.7 per cent side-quest. Xenoblade Chronicles: Definitive Edition, the spiffed-up version out tomorrow for Nintendo Switch, is no different. There are enough side-quests in this role-playing game to put Assassin’s Creed Odyssey, Fallout 4, and The Witcher 3 to shame. In fact, even if you’re the world’s biggest completionist – even if you suffer a bones-deep need to complete each and every mission marker in a given game – the quest log is so large you shouldn’t even bother trying to knock out every entry.

Seriously, just look at this: 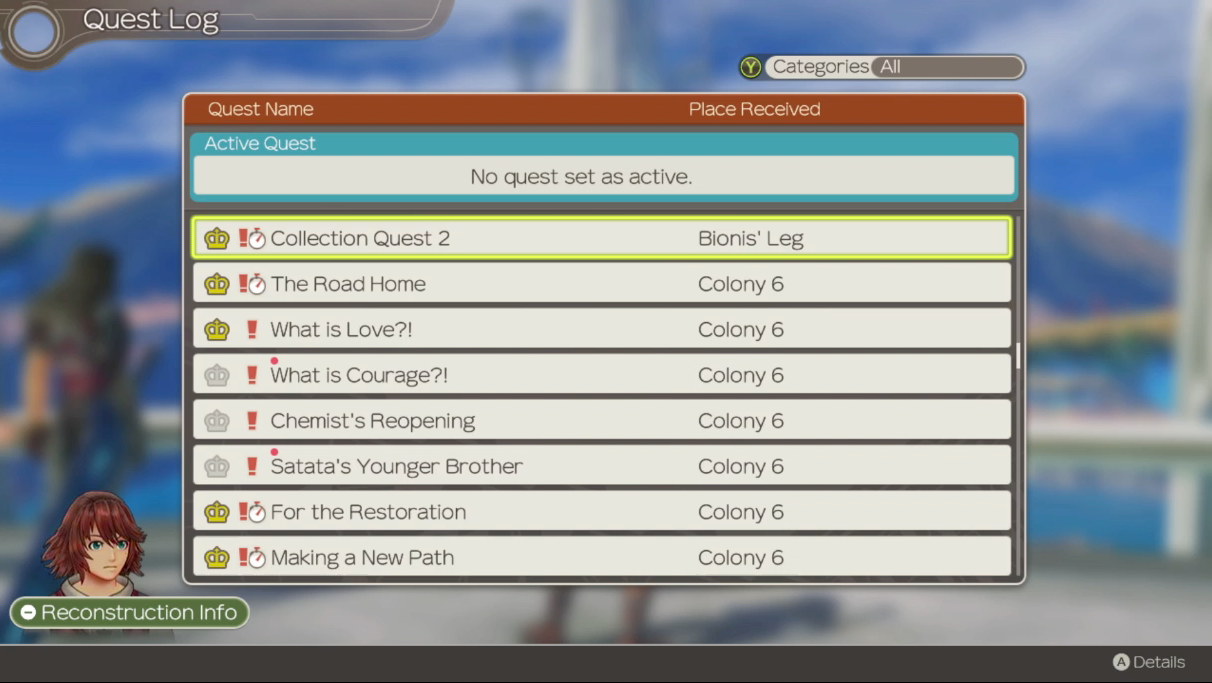 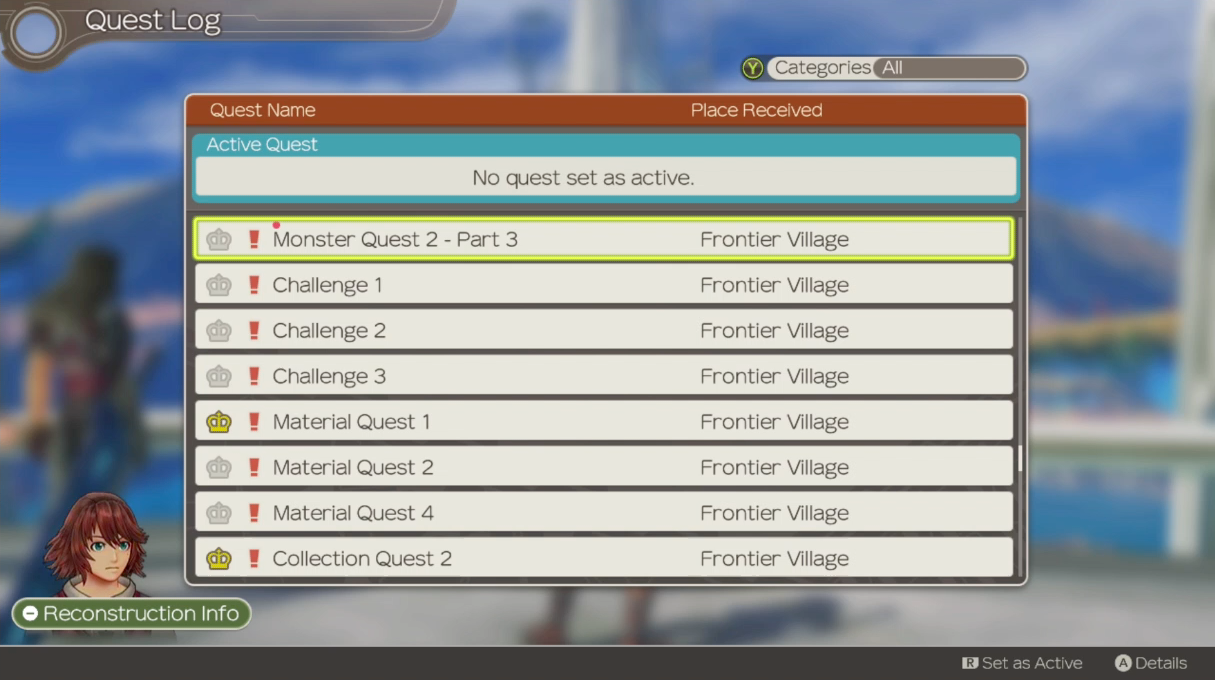 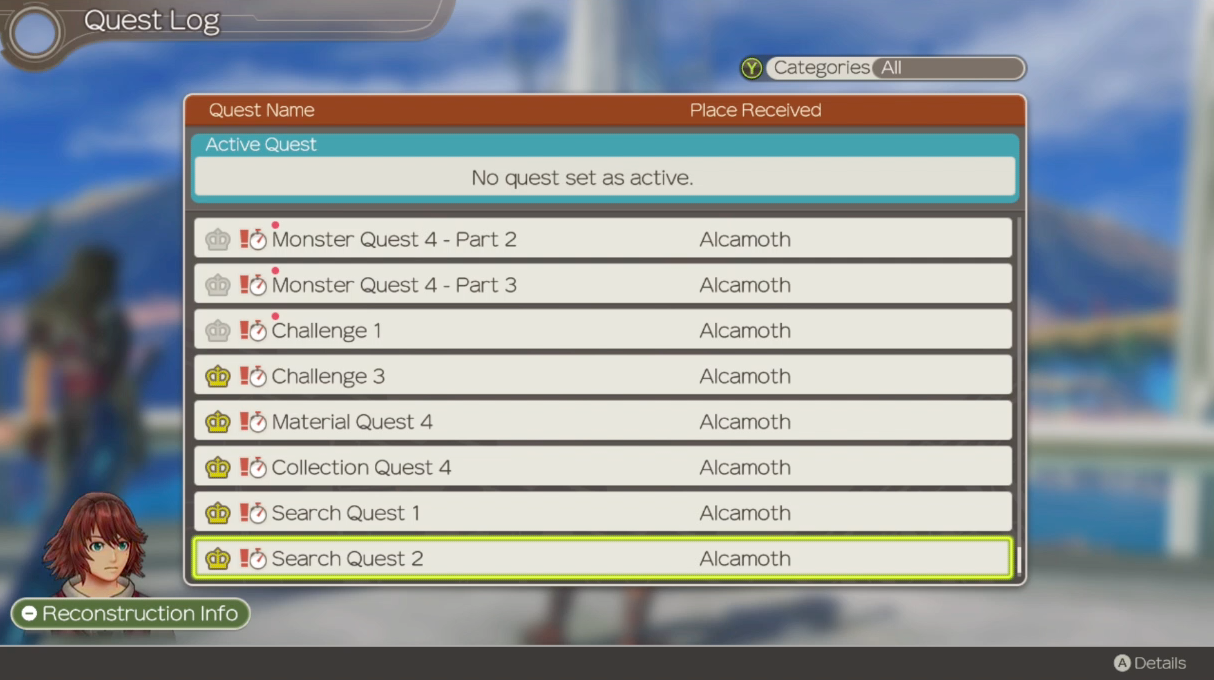 It’s no exaggeration to say those screenshots encompass a mere fraction of the total number of side-quests in this game. What’s worse, they’re all largely repetitive: “Go kill three of these monsters,” or “Go find five of this item.” And they’re named accordingly: “Material Quest 4,” “Collection Quest 3,” “Monster Quest 2 - Part 2,” things like that. The side-quests in Xenoblade Chronicles are exactly the type that can be chalked up as “FedEx quests,” as one CD Projekt Red designer put it when speaking to some guy for the book Blood, Sweat, and Pixels.

Now, you might be the type of player who drags your Borderlands or Far Cry partners kicking and screaming to every exclamation point on the map before pushing the main story forward. Or maybe you have save-scrumming down to a science, just so you don’t miss a single potential Skyrim or Final Fantasy VII Remake plot point. It doesn’t matter. If you value your sanity, do not try to knock out every single little side-quest in this game.

Instead – and bear in mind that I recommend this as a die-hard side-quest completionist – approach side-quests with a laissez-faire attitude. Accept that you won’t be able to knock them all out before the next solar eclipse. Let that stressor slide off you like water. Deep breaths.

When you open up the map in Xenoblade Chronicles, you’ll likely see a staggering number of exclamation points. The white ones indicate NPCs who will give you side-quests. Sometimes they’ll offer you more than one, in which case you might have to strike up a convo multiple times. Just keep tapping A until the icon over their head disappears. Red exclamation points are waypoints for mission objectives; go there to take out a Hand Bunnit or collect a spear of Pink Asparagus. (If you’re tracking a quest, that icon will show up blue and bolded.)

Side-quests are your number-one source of income in Xenoblade Chronicles, so you should definitely knock some out. But rather than making those red exclamation points your prime directive, focus on the white ones. Round up as many as you can (they’re usually in cities or hub areas) and go on your merry way through the story. As you naturally wade through the plot beats, you’ll come across plenty of red exclamation points. Just defeat the monsters or pick up the items as you pass them. In Xenoblade Chronicles, when you complete basic side-quests, you needn’t trek all the way back to the quest-giver. It’ll mark as complete and dish out your deserved gold on the spot (guess they have PayPal). Handling things this way will keep your coffers thick – and your patience thicker.

You may come across some side-quests with bespoke names like “Biscuits for a Grandson” or “What is Love?!” (Truly, what is…?) If you insist on venturing deep into the side-quest suburbs, focus on these. The objectives are marginally more unique than “Defeat two Singing Brogs” and you’ll earn a nice EXP boost, plus some bonus equipment. (The basic quests don’t give either.) The only drawback is that, with named quests, you usually need to talk to the quest-giver again.

Of course, there’s one glaring asterisk: Do the Colony 6 side-quests as soon as you’re able. They’re tedious, yes, but you’ll get some genuinely game-changing loot. The spoiler-averse should internalise that advice and not scroll past this picture of Riki. 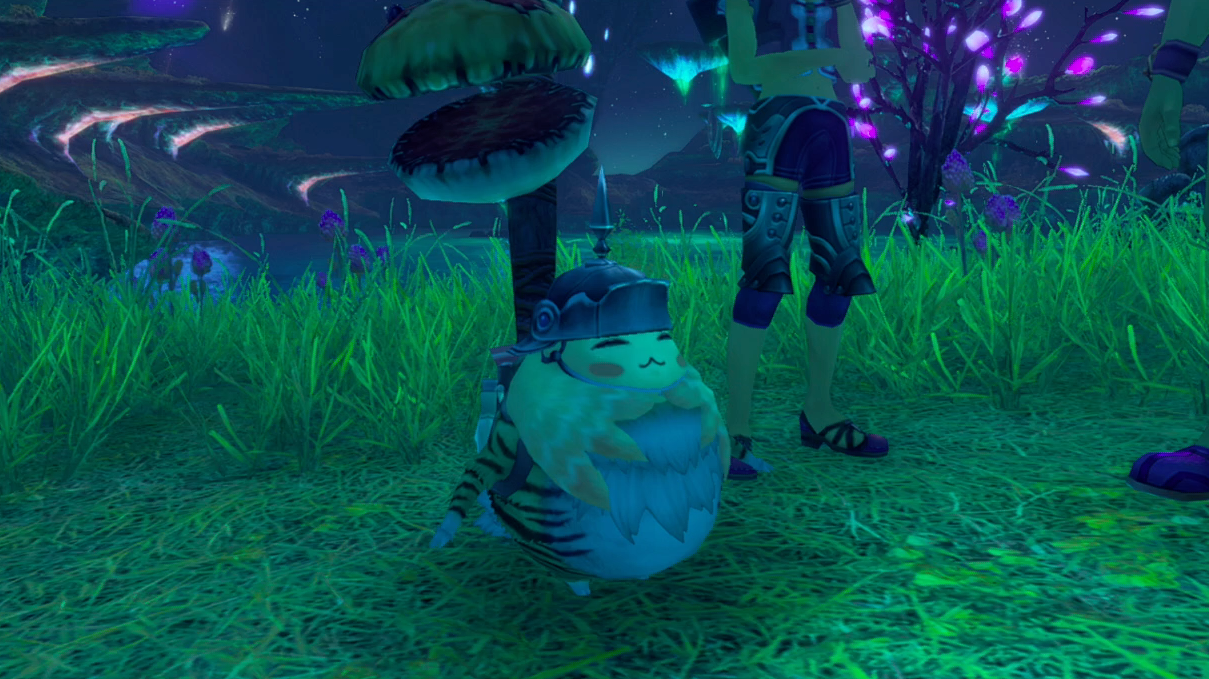 Fairly early on, you’re tasked with aiding in the reconstruction of Colony 6, a Homs (Xenoblade Chronicles for “human”) settlement that was recently wiped out by Mechon (the bad guys). It’s pretty easy to waltz right by this questline. In the interest of candour, it’s more of the same: Go here, kill this, grab that. But putting some work in will get you the Mobile Furnace, which allows you to craft gems on the run, rather than returning to the Gem Man’s Stall in Colony 9.

The questline begins with two named quests. Do “Making a New Path” before “For the Restoration.” That’ll help clear a shortcut that allows you to circumvent a nigh-unbeatable enemy. Once you complete those, you’ll be able to commence the town’s reconstruction by handing over the requisite gold and materials. There are four categories you can pour resources into: housing, commerce, nature, and special. Complete the first level for each and you’ll get the Ultra Small Reactor. Bring that back to the Gem Man, and voila! You’ll never need to visit him again, as the Mobile Furnace will add Gem Crafting to the main menu.