Playing Gears Tactics on Ironman Was a Mistake

I thought I was in for a challenge. Instead I put my entire save file on the line because I didn’t pay attention to the fine print.

I’ve played a tonne of turn-based strategy games in general, and a fair amount of XCOM in particular. As a result I thought I was prepared to take on Gears Tactics’ Ironman mode, a special difficulty modifier in addition to the standard easy, normal, and hard. What I didn’t realise is that I was signing up to lose all of my progress if any of my main characters died. Gears Tactics’ Ironmode makes you live with the consequences of your decisions, even if those consequences mean the erasure of your save data. 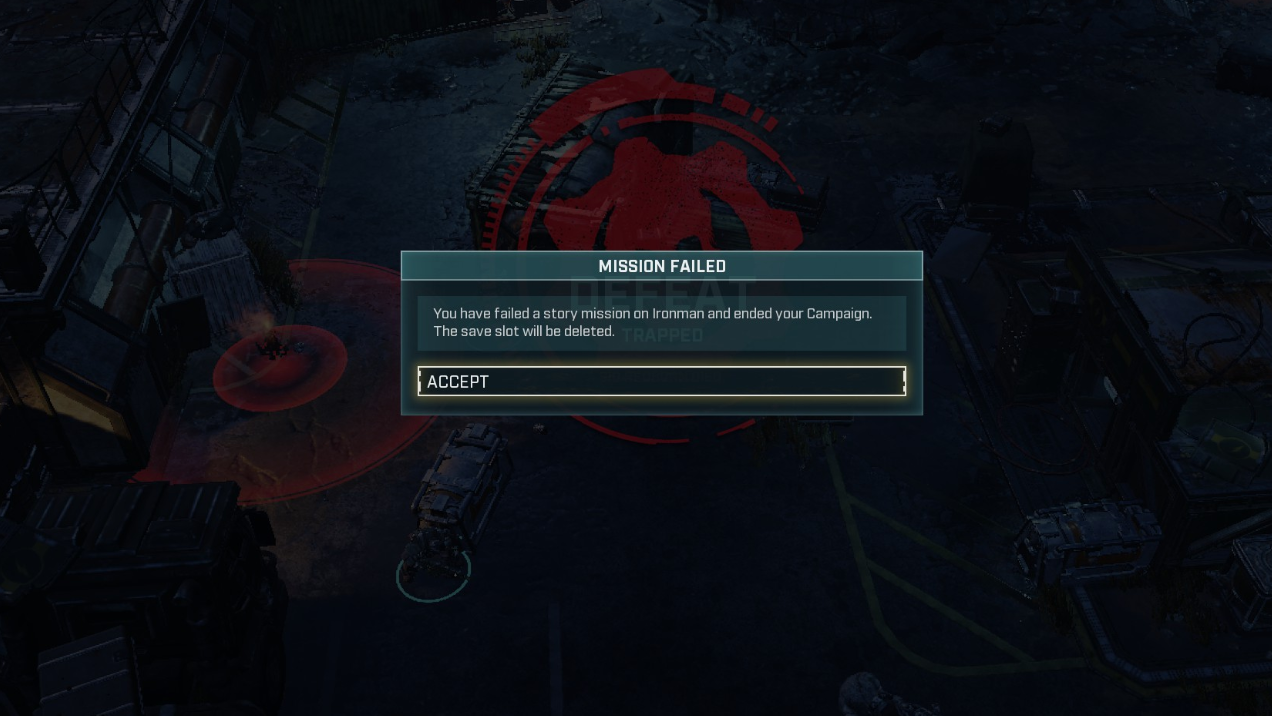 That’s a bit different from the Ironman mode I’ve learned to associate with XCOM, a series from which Gears Tactics borrows a lot and even improves upon some. XCOM’s Ironmode places a prohibition on save scumming. You play on a single file and can’t revert to earlier saves if something goes wrong. It forces you to own it even when things go wrong, without sending you over the cliff.

Gears Tactics’ Ironmode is actually based on the one introduced into the Gears series with Gears of War 4, something I would have realised had I read the full description of the mode before selecting it at the start of my playthrough. Ironmode in Gears ends the game as soon as you die. No restarts. No do-overs. In a cover-based third-person shooter that makes sense. Even with your back up against the wall you can always survive an onslaught or overcome a boss by playing well enough. 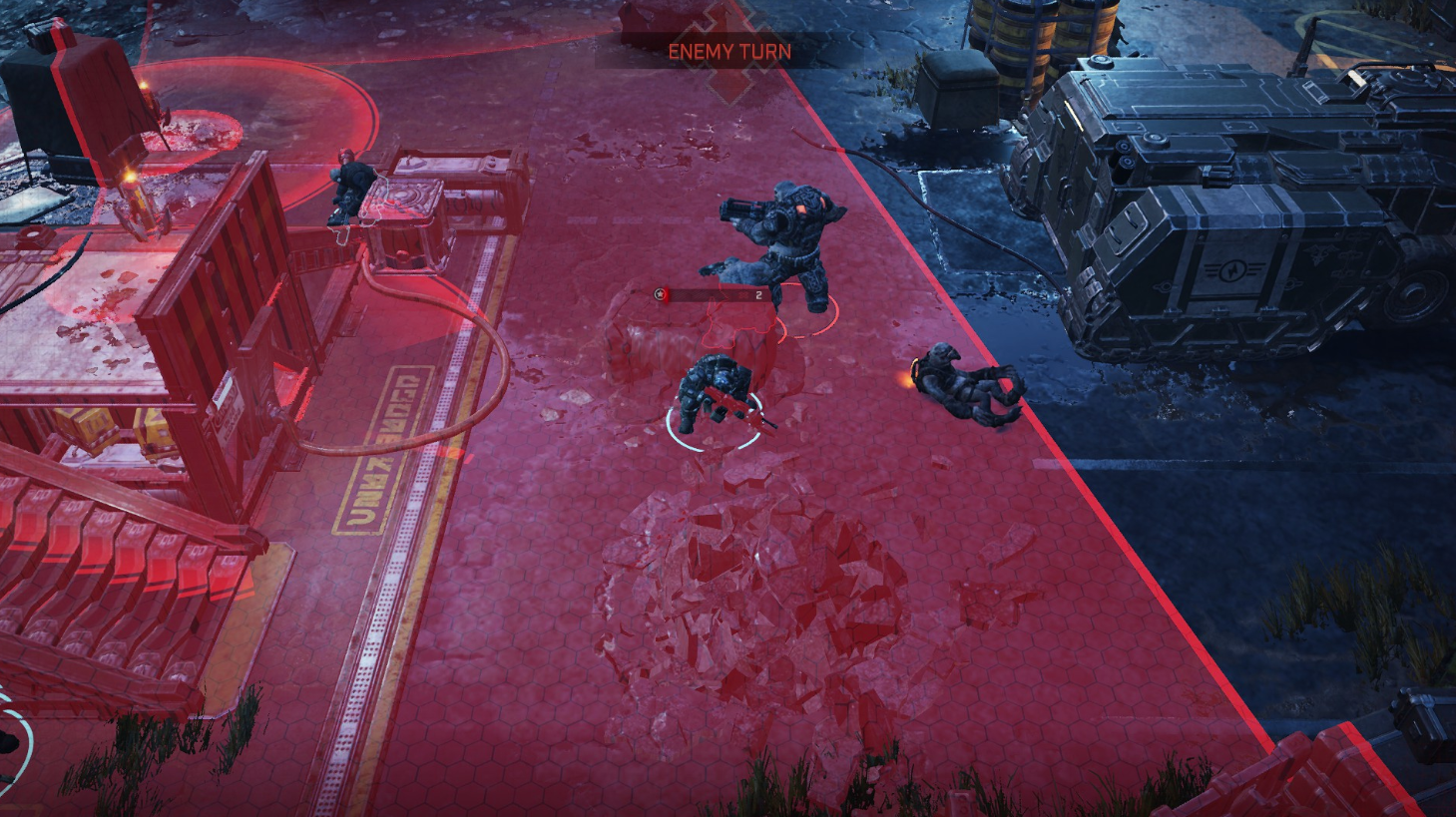 That’s much harder to do in a turn-based tactics game where you might not realise just how much of a jam you’ve gotten yourself into until it’s too late. Gears Tactics makes matters worse with its brutal, convoluted boss fights. The game’s second act ends with a showdown against a giant Corpser. The scorpion-looking locust thrashes its arms against large swaths of the battlefield every other turn, nearly killing whatever gets in its way. At the same time, locust drones spawn near the various corners of the map at regular intervals. I thought I was managing the fight fine at turn three. At turn 10 it was clear I was managing our decline rather than engineering a victory. 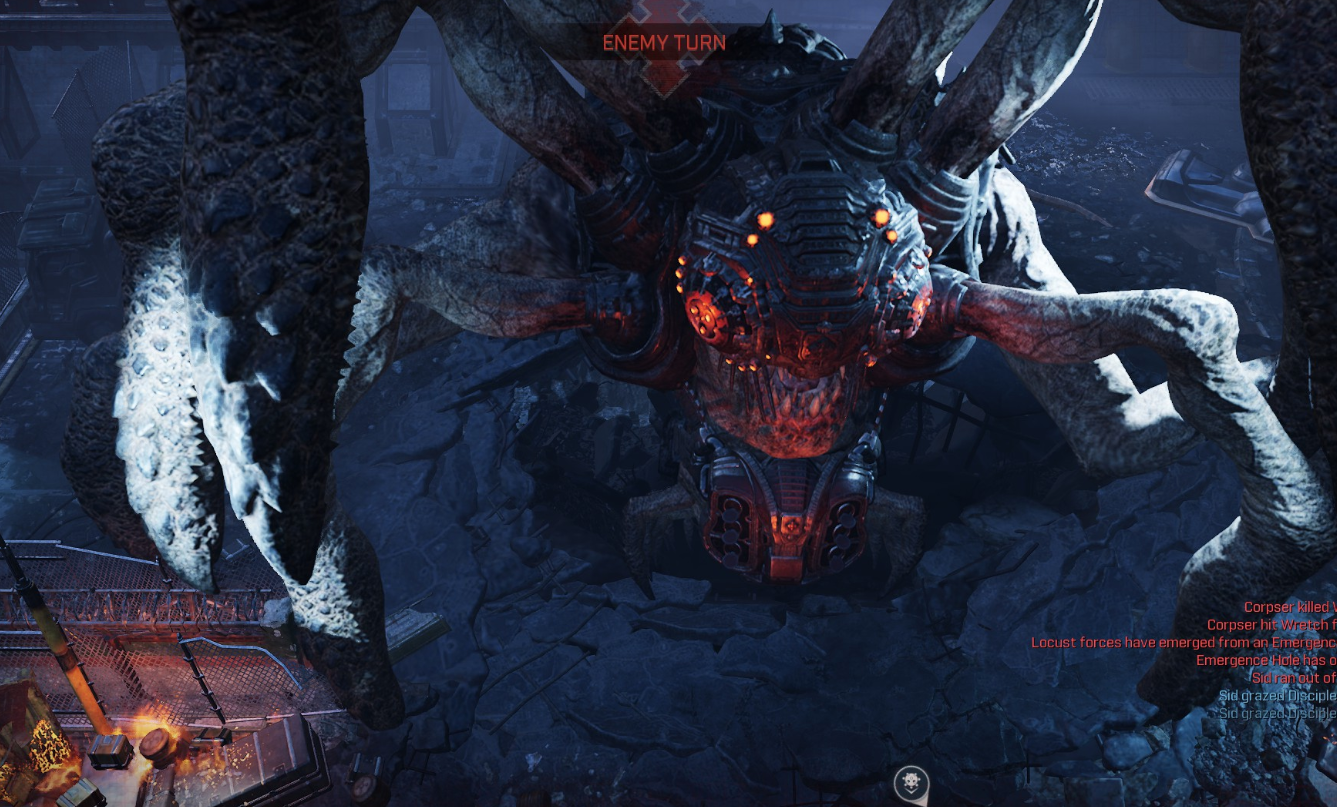 While regular fighters are disposable, the heroes you take into battle – main characters crucial to the ongoing story – can’t die. If they do you get a game over screen. If they die on Ironman mode you get to log back onto the game around midnight looking to have another go at the Corpser who ruined your previous night only to find you have no file to load. Did a new update eat my save? Is it stuck in the Steam cloud somewhere? No it’s gone, along with all of those epic and legendary pieces of equipment earned by toiling through the game’s tedious and repetitive side-missions, simply because I didn’t take the five seconds to Google what the game’s difficulty modes meant.

I’m tempted to go back, even though it means re-running the opening tutorials. But then I remember the Corpser, and the equally frustrating Brumak fight, and I remember how short life is.