Saints Row: The Third Remastered brings the apex of the franchise to PS4 and Xbox One for the first time, warts and all.

Originally released in 2011, the third game in the Saints Row franchise was a turning point for the series and the most successful effort to distinguish it as something more than a Grand Theft Auto clone. After the straight-laced original and the wackier, but still grounded second game, SR3 saw its developers at Volition lean into being the more bonkers open-world crime game. Around the same time, GTA IV moved its series in a more serious direction.

Saints Row’s third game added gangs of mascots, shark guns, and features like the “Awesome Button” which allowed players to complete nearly every action in the game, like stealing a car, faster and usually with more style. It didn’t go as far as later games in the series. It didn’t give each member of the Saints crew superpowers. It focused on a simple story of gang warfare and friendship. The result is a game that feels like it is its own thing rather than a GTA knock-off. Later games were zanier, but SR3 struck the perfect balance of zany and serious. 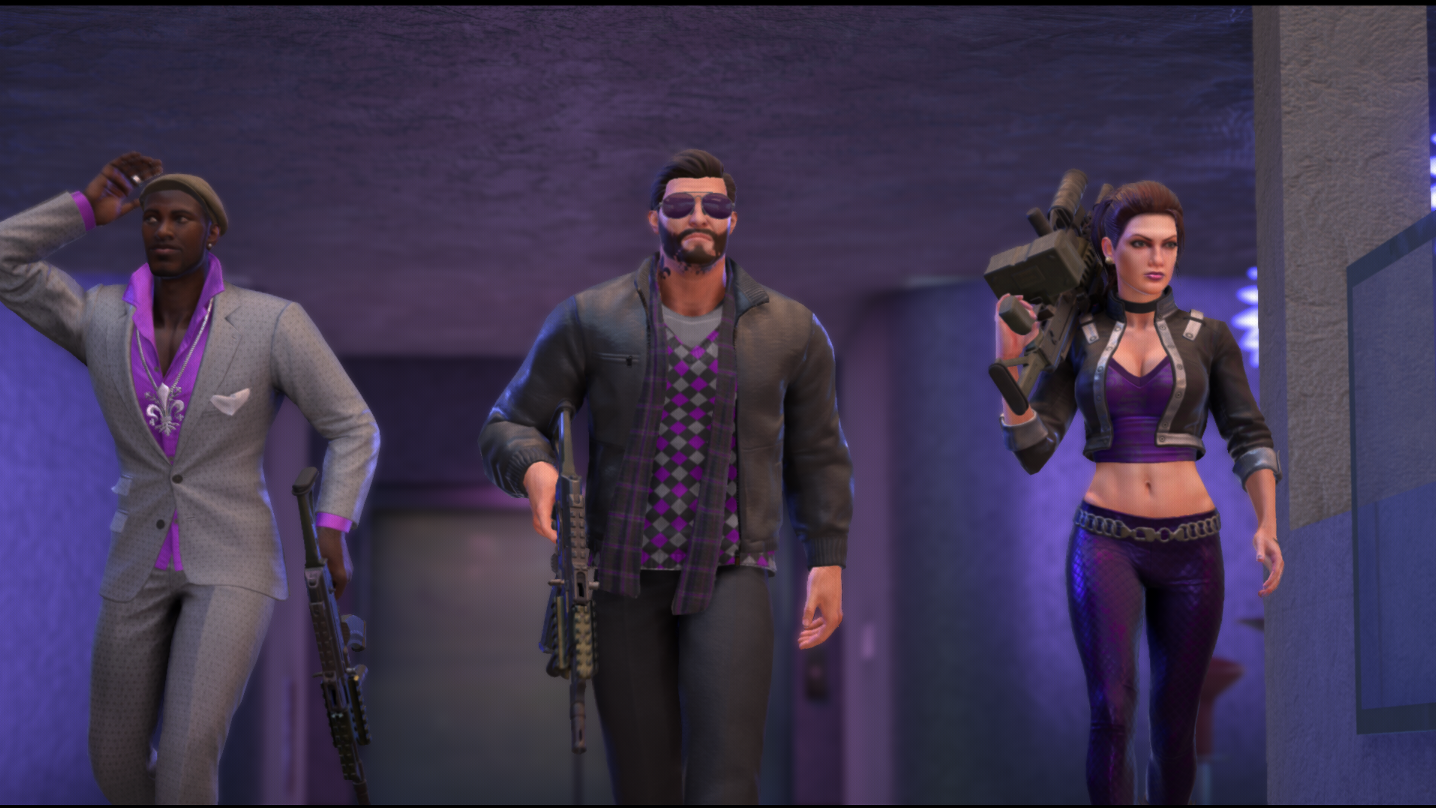 Saints Row The Third is an open-world crime game that tells the story of The Saints. At the start of SR3 they are a world-famous gang, with TV adverts, toys, and clothing stores. But after robbing a bank owned by a rival gang syndicate, the Saints are captured and tossed into Steelport, a city over which they have no control. The rest of the game is all about revenge, about meeting new friends who can help the Saints destroy the rival gangs and take over Steelport. At the time, SR3 felt like a huge improvement over the previous two games and quickly became a fan favourite.

It is impossible to talk about the 2011 game without mentioning how much it feels like a relic of a different era. Within its first few hours, SR3 has already alluded to colonialism being a good thing, insulted various groups via some of the hairstyle and taunts and their names, and included a few missions featuring mindless NPC women who are only called hos and whores. It sucks. And it might be easy to say “Well, that was nearly a decade ago…” but I don’t think that excuses a lot of the content and jokes. Thankfully, a lot of Saints Row: The Third is focused on larger-than-life gang leaders, friends hanging out and big action setpieces, so you can mostly avoid the gross aspects. But they are there.

What has aged better and what makes SR3 easy to return to is the combat. Old GTA games had frustrating shooting systems that involved unreliable auto-targeting. Saints Row games always played more intuitively with a reticle that was always on screen, a dedicated grenade button, and a weapon wheel. Combat in Saints Row The Third is stiff compared to modern shooters like Fortnite, but it plays well enough even now. 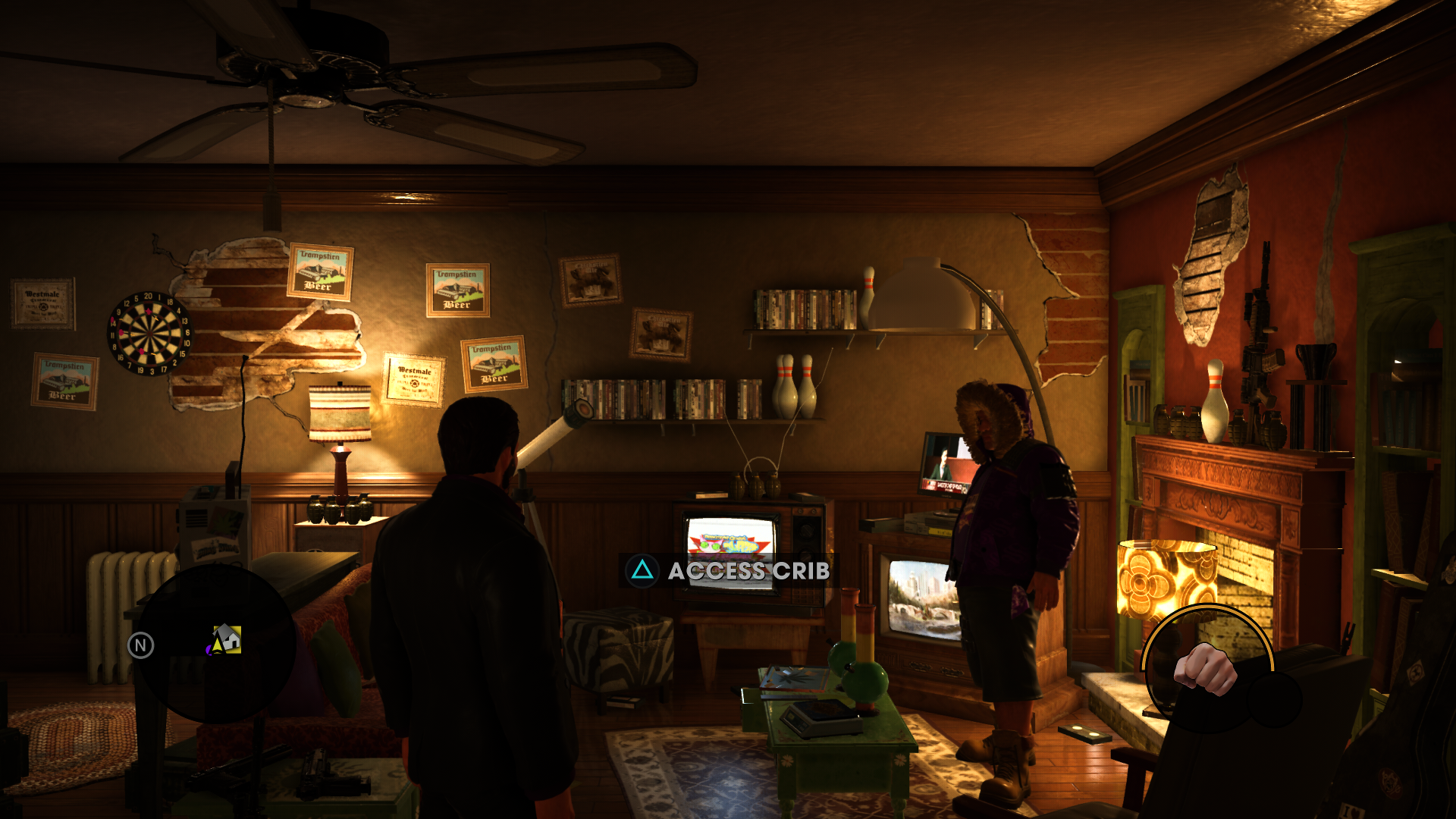 This is with HDR turned on. Looks nice sometimes!

The new remaster’s tweaked graphics are nice, offering better textures and an improved draw distance, but the addition of HDR lighting didn’t impress me. It was too inconsistent, making night scenes too dark and my own character too bright. Not long into playing, I turned the HDR off. I felt better about the option to sacrifice consistent 30fps to allow it to sometimes exceed 30. It’s not a locked 60, not even close, but it is a nice option. Oh, and turn off the film grain filter. It looks bad, and it flickered on and off when I was playing, which was distracting.

While Saints Row The Third Remastered looks better than the older original versions, don’t expect anything too impressive. This is still clearly a 360-era open-world game. Lots of NPC clones walking around the streets, repeated textures, chunky animations, etc. However, for fans of the franchise, it is nice to see this game finally make its way to current-gen hardware. Hopefully, similar remakes are in the works for the first two games.

As for this remastered version of SR3, it’s totally fine. If you loved this game back in the day, you might still enjoy it now, though be prepared for some jokes landing like turds in 2020, especially if like me you grew up a lot in the last decade. If you didn’t enjoy or care about this game back in 2011, you’ll still hate it in 2020, but now you’ll hate it in HDR.