Everything Is Okay Now, There’s a Hatsune Miku Rhythm Game on the Switch

Hatsune Miku is the world’s most popular piece of singing synthesis software. Created by Crypton Future Media in 2007, the pig-tailed digital princess has served as the voice for thousands of fan-created songs. The virtual idol has spawned countless toys, dozens of video games, and she regularly sells out concert venues around the globe, performing live as a hologram. She is one of the stranger things about the world, and I enjoy her enigmatic appeal very much. I was actually supposed to see her in concert in Atlanta last month, but the tour got delayed due to covid-19, so the timing on this game is pretty excellent.

Like Future Tone before it, Hatsune Miku: Project Diva Mega Mix is essentially a console port of Japan’s Project Diva Arcade game. Players select a song from one of the 101 included in the base game. The song plays, accompanied by a video of Miku and/or her various vocaloid friends performing or acting out little scenes. Button prompts appear on the screen, and players are tasked with tapping along to the beat. The harder the difficulty setting, the more complex the sequence of notes the player has to hit. When the song ends, players are presented a score, a letter grade, and a summary of how well they performed. Points are awarded, which can be spent to unlock special costumes and accessories for the virtual performers.

Exclusive to Mega Mix on the Switch is “Mix Mode,” in which players use Joy-Con motion controls to tap along with Hatsune Miku tunes instead of the X, Y, B, and A buttons. Once one gets used to how the motion of the Joy-Cons works, Mix Mode is a much easier way to play the game. The only downside is that Mix Mode can’t be played in portable mode, for obvious reasons.

Another Switch exclusive is Hatsune Miku and friends’ new look. Instead of the high polygon models from the arcade and PlayStation 4 games, Mega Mix uses cel-shaded anime models. Here’s a shot from the PlayStation 4 version of the song “Melt.” 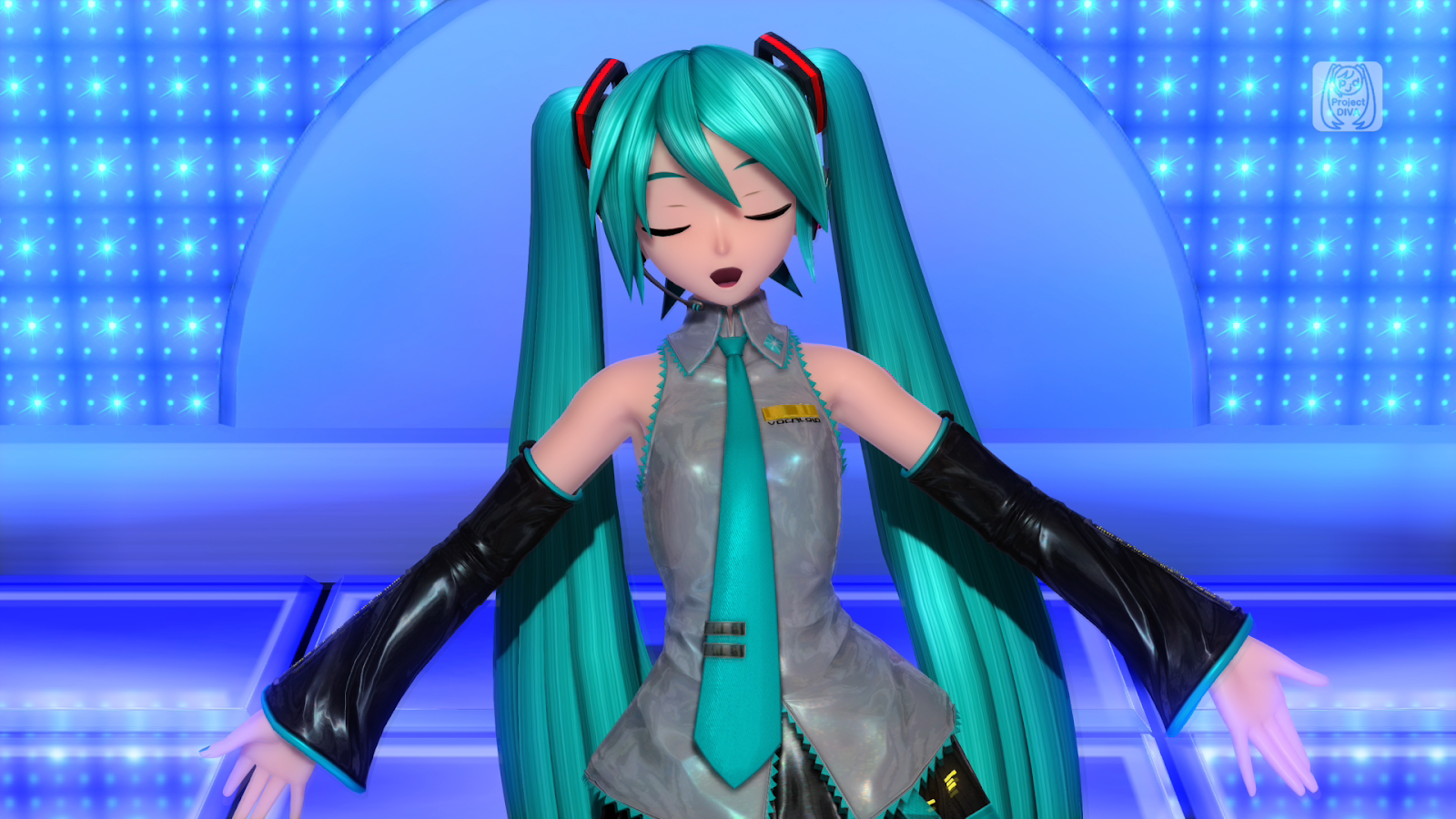 And here’s a similar shot from the Switch version. The video is the same, the model is different. 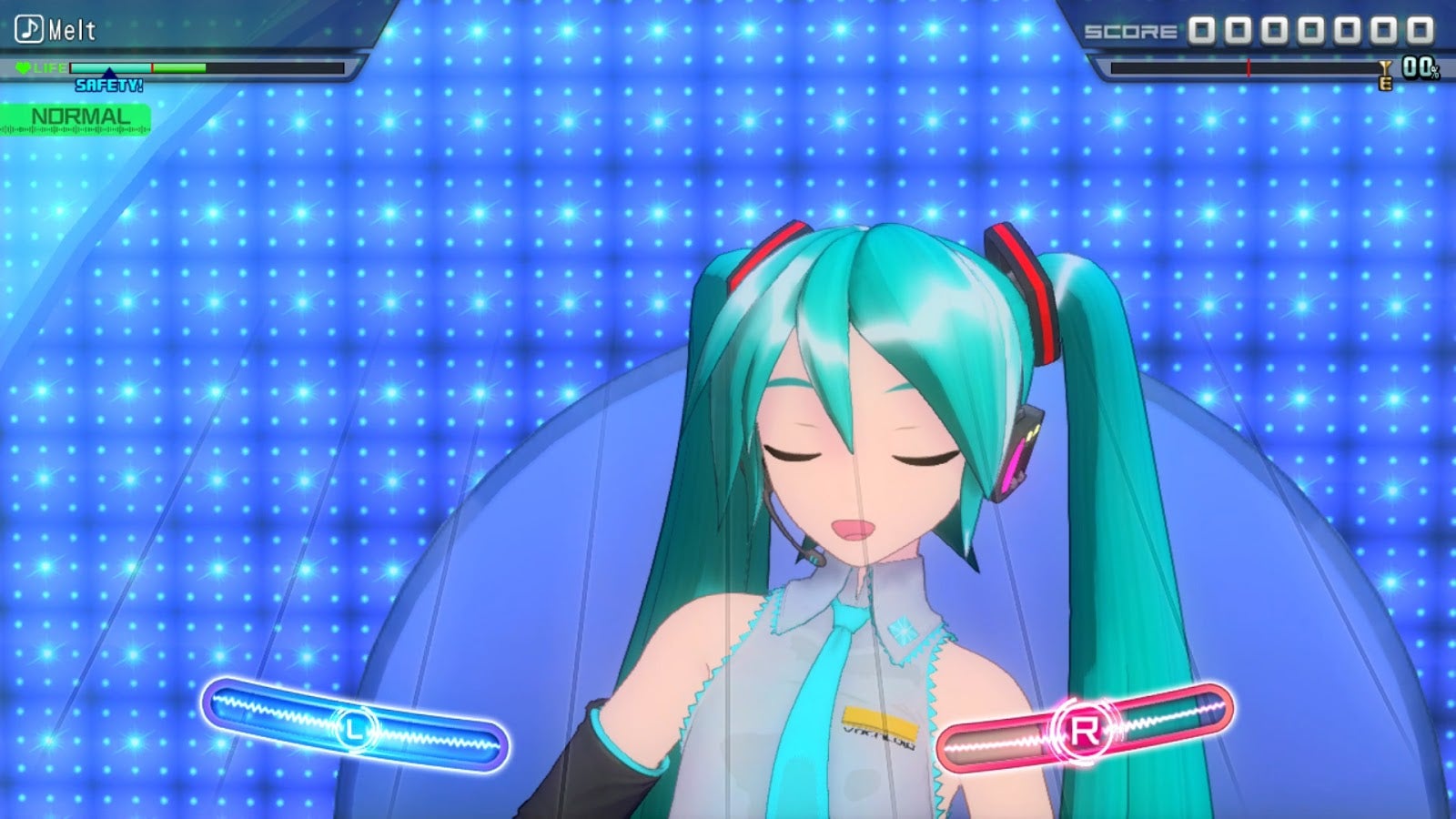 Sega calls this Hatsune Miku’s exciting new look. I call it a downgrade to get the game running properly on the Switch. It’s not a bad look. I quite like the cel-shaded anime aesthetic. Let’s just be honest about what’s happening, though. It’s an adjustment made to make the Switch version viable, which is fine.

The anime makeover hasn’t done anything to limit Hatsune Miku’s expansive wardrobe. There are dozens upon dozens of outfits to unlock for Miku, Rin, Len, Luka, Kaito, Meiko, and guest characters. Each of the game’s songs has a recommended outfit that fits with its video, but players are free to use whichever combination of characters and costumes they want. There’s even a brand-new t-shirt editor, in which people with a lot more talent than I have can create custom clothing. 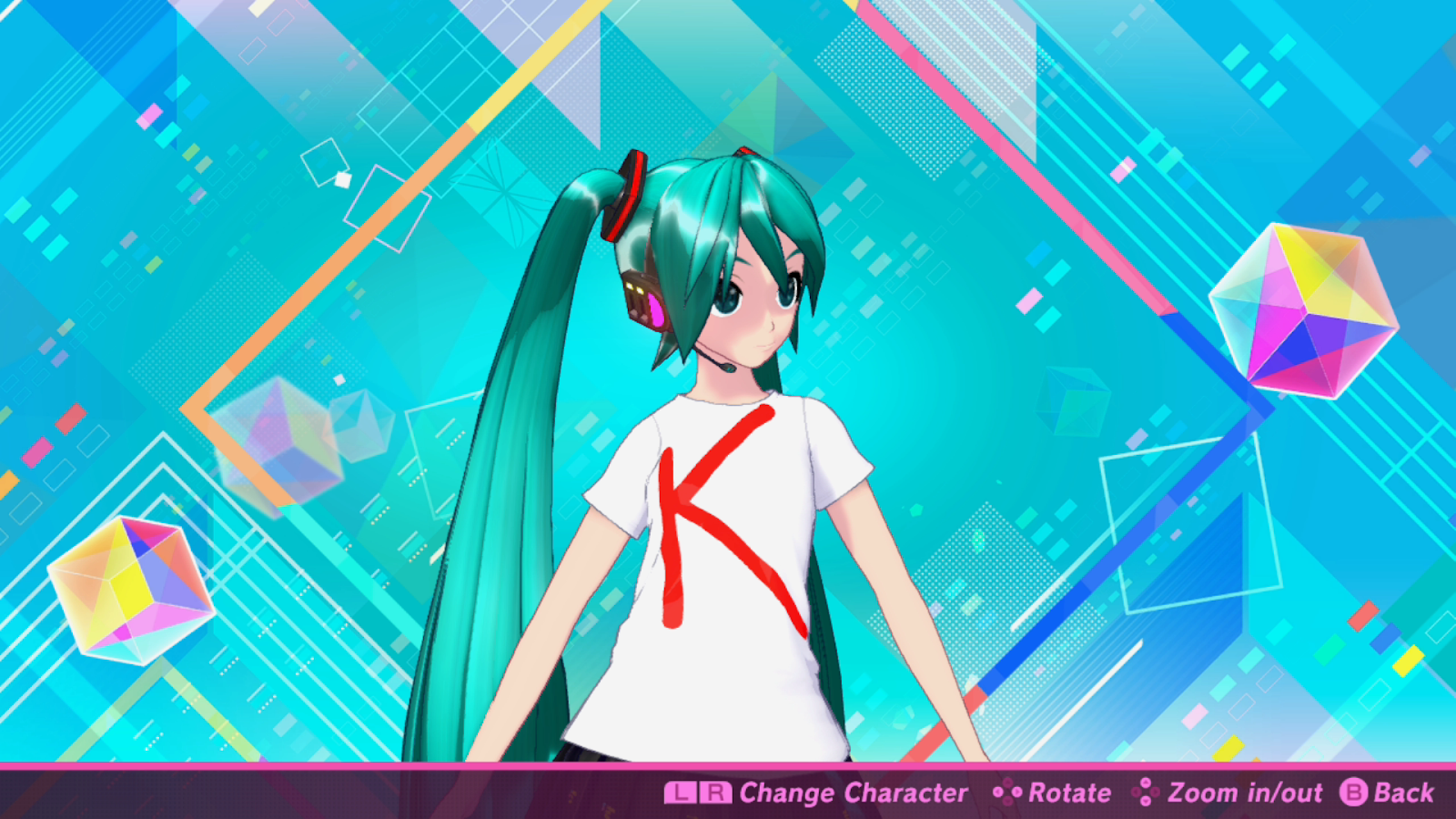 Hatsune Miku: Project Diva Mega Mix has less than half the songs of Project Diva Future Tone, but it’s catching up quickly. The main game, which costs £34.99 currently, comes with 101 tracks, 10 of which are new to Hatsune Miku games (and will be available as DLC for Future Tone later this year). There are also six song packs available at launch, each with six more songs for £5.99 apiece. With more DLC planned beyond launch, I don’t doubt that Mega Mix will eventually match Future Tone’s expansive setlist song for song.