I’m apparently earning tonnes of cool shit after every Call of Duty: Warzone match. However, it’s hard to appreciate any of it as an overeager barrage of bonuses and unlocks flashes across the screen after every match.

I’ve been playing a lot more Warzone after only trying a match or two back when it first came out, and I can’t get over how busy its post-match results screen is. XP bonuses, new rank ups, and their resulting gun unlocks are delivered with the grace and precision of a fire hose. I love watching a good video game meter fill up, and I love being rewarded for my hard work, but Warzone’s results screen feels like a chaotic mess.

In case you don’t believe me, or simply haven’t played much Warzone yourself, here’s what I encountered after placing 20th in a recent quads match where I didn’t even do that well:

I went from rank 13 to rank 19 and unlocked a bevy of new guns, grenades, and perks. The blue meter kept emptying out and filling back up again. Then I was instantly ushered over to the seasonal battle pass so I could see what additional loot I’d unlock if I paid Activision some additional money to upgrade to the premium version. (A briefcase full of fake, in-game money apparently.)

Then it was back to the post-match results screen for more unlocks. This time I got an FR 5.56 assault rifle with a level 2 reflex sight followed by a MP5 submachine gun, both sporting the beige desert snake skins. I’m sure both are fine guns, but after a while the parade of painted metal all starts to run together.

That’s not to say that a lot of thought hasn’t gone into this progression system. It is in fact very elaborate. While gaining XP to rank up and unlock new stuff is a straightforward idea that many online games have adopted in one form or another, Warzone’s spin on it is full of added wrinkles. 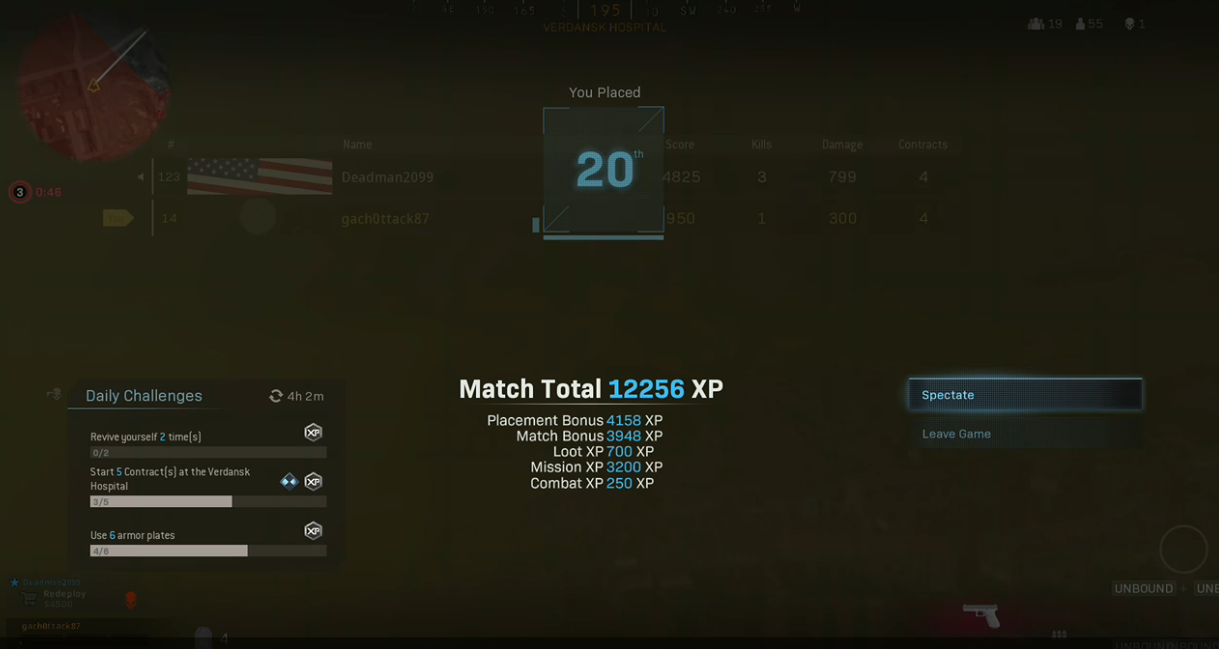 Warzone actually has two types of XP: Weapon XP and Regular XP. Weapon XP ranks up your weapons during matches, while Regular XP ranks up your account outside of them. When it comes to the latter, you can earn XP by doing things during matches, such as killing enemies;by completing specific missions, like getting a certain number of grenade kills; or challenges, like completing a certain number of contracts during a match.

On the one hand this means you can turn each night of killing strangers in Warzone into a glorified spreadsheet exercise in which you optimise the quickest path to earning the most XP. On the other, it means you will earn a tonne of XP whether you try to or not. Did I mention that you get a huge XP bonus simply for hanging around in a match until all your teammates have been killed? 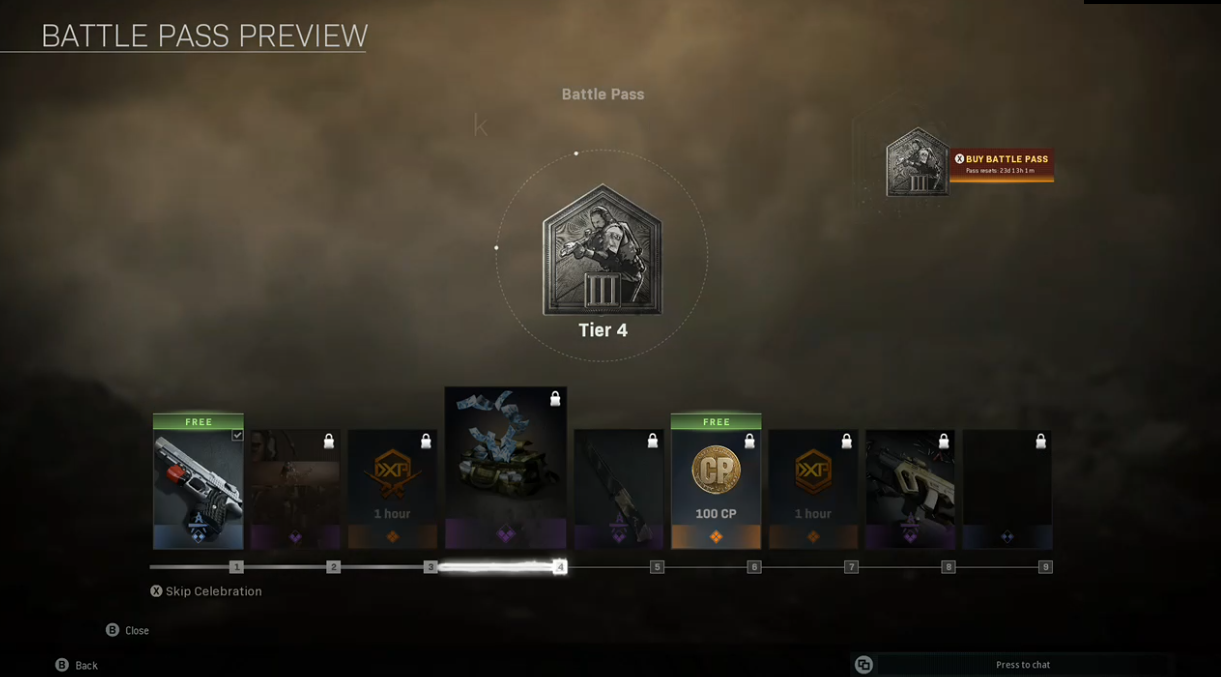 There are two points to all of this. The first is to slowly open up more guns and equipment so that you have more options for customising your loadout and something to keep working toward. Warzone is a battle royale, predicated on—in the game’s words—looting, upgrading, and surviving, so you only get access to these loadouts mid-match, after you’ve earned enough cash and they’ve been air-dropped. (In Plunder, you can access these builds immediately, but it’s not the ‘pure’ battle royale experience I’m after).

The second point is to make you feel good. And feel good I do. After the first rank, the bar ticks up, and my XP pours in from all manner of places, eventually triggering the thud of an invisible stamp of approval. Then my unlocks pop up to the tune of a muffled slot machine. The chemicals course through my brain, and a sense of mild accomplishment washes over me, as it does in every other game I play with these sorts of rewards screens (read: a lot of them). But then it keeps going, and going, and pretty soon I’m not enjoying the numbers ticking up like the refreshing sip of a cold, dry beer, but rather trying to catch my breath as a shotgunned can of Keystone Lite foams out through my nose.

Perhaps there’s a happy medium between these two extremes. Maybe Warzone will eventually find it. Until then I’ll be busy cataloguing my heap of operator gear.