Grand Theft Auto Online launched without heists, large scale multi-stage missions that involve two to four players working together to pull off big criminal jobs. Players waited almost two years for Rockstar to add five of these missions in 2015. Since then, more heists have been added, and they’ve become some of the most popular things to do in the game. Here’s every GTA Online heist from worst to best.

A few things to note about this list: For starters, I’m not factoring in how much these heists pay out. Depending on difficulty, if you pull off any elite challenges, and if you take damage and how you split the take, payouts can vary. Instead, I ranked these heists based purely on how much fun I had playing them and how cool they make my friends and me feel. 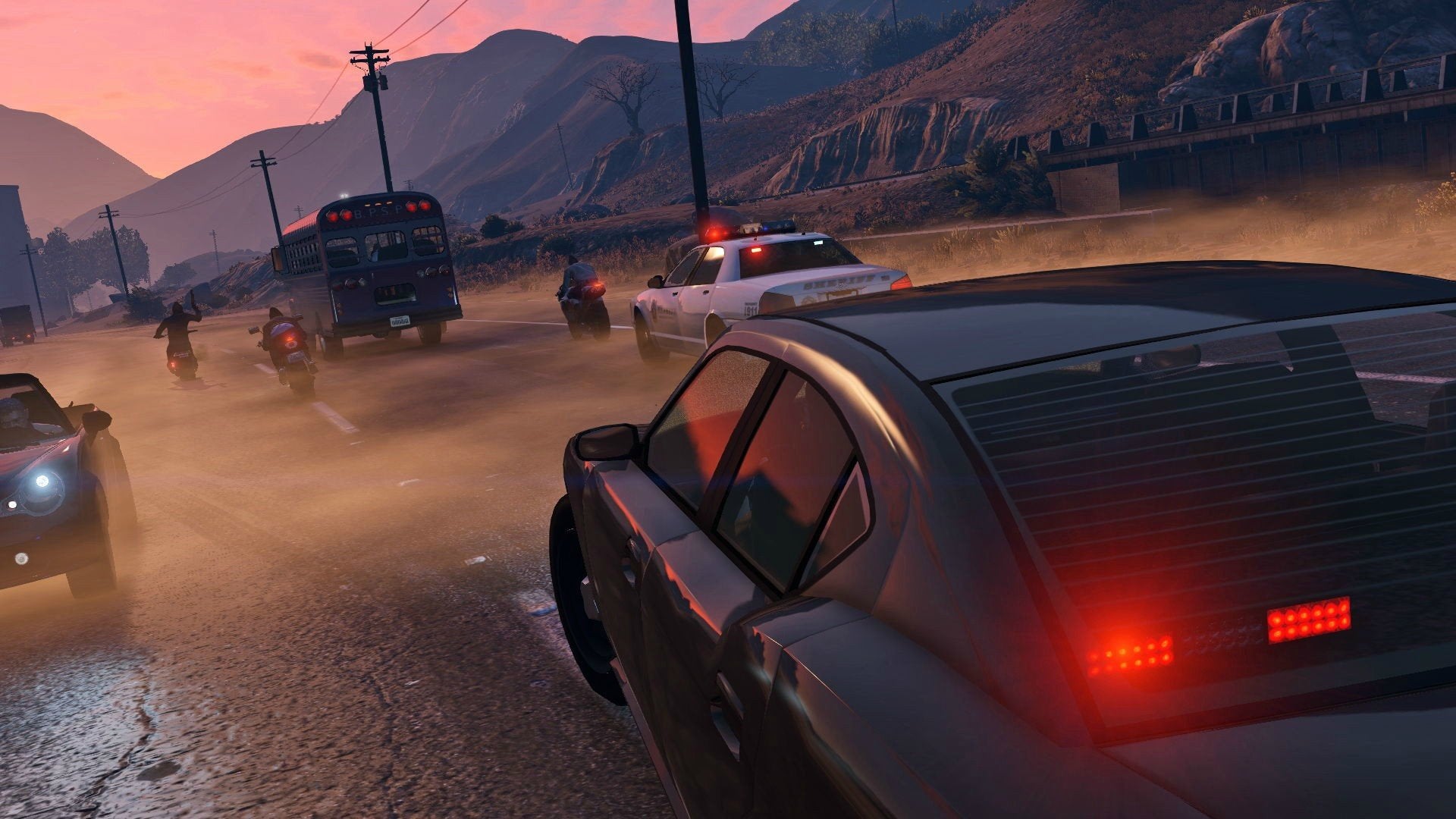 I’ve played every heist in GTA Online at least twice, if not more, except for Prison Break. The setup missions aren’t great, especially the one that asks you to steal a prison bus and get away from the cops. The actual heist is just breaking some dude out of prison, and the whole thing is annoying.

Two players have to sneak in dressed as a guard and prisoner. No matter what these players do, their cover gets blown. Once this happens, the exposed players have to prepare for waves of endlessly spawning guards and police while the other players are stuck flying vehicles around in the air waiting, unable to help. Military jets spawn and try to destroy both flying players. The one in the plane has no weapons and has to rely entirely on the other player, flying a weaponized heli, to protect them. It sucks. 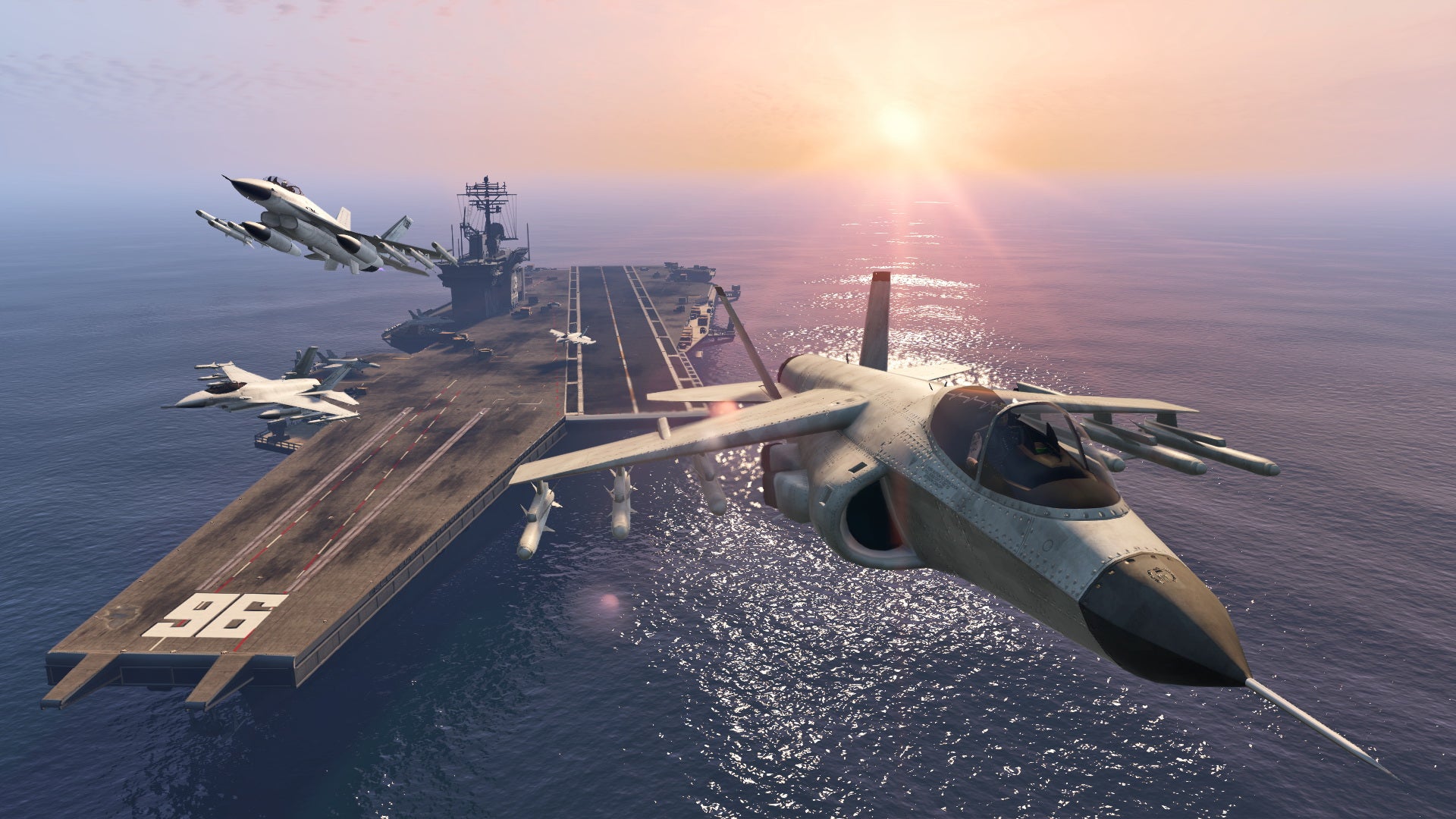 In this heist, you have to sneak into a facility at night, stealthily take out multiple guards and then steal a van. Every time I’ve played this mission, we screw up at some point and have to start over. Learning where guards are and picking them off quietly isn’t fun—GTA Online’s stealth mechanics are terrible. Luckily, the rest of the setup missions are much easier and some are even a bit of fun. Most of them are just “Go here, kill and take something” but I’ll take that over sneaking around any day.

The real standout mission in this heist, and one of my favourite moments in GTA Online, happens during a setup mission where you have to steal some jets from an aircraft carrier. After you kill a bunch of guards, fight your way to the jets and leave, the game plays “Danger Zone” on the radio. Escaping in jets and fighting off enemy pilots while that song plays is hilarious. I wish more heists contained moments like this. 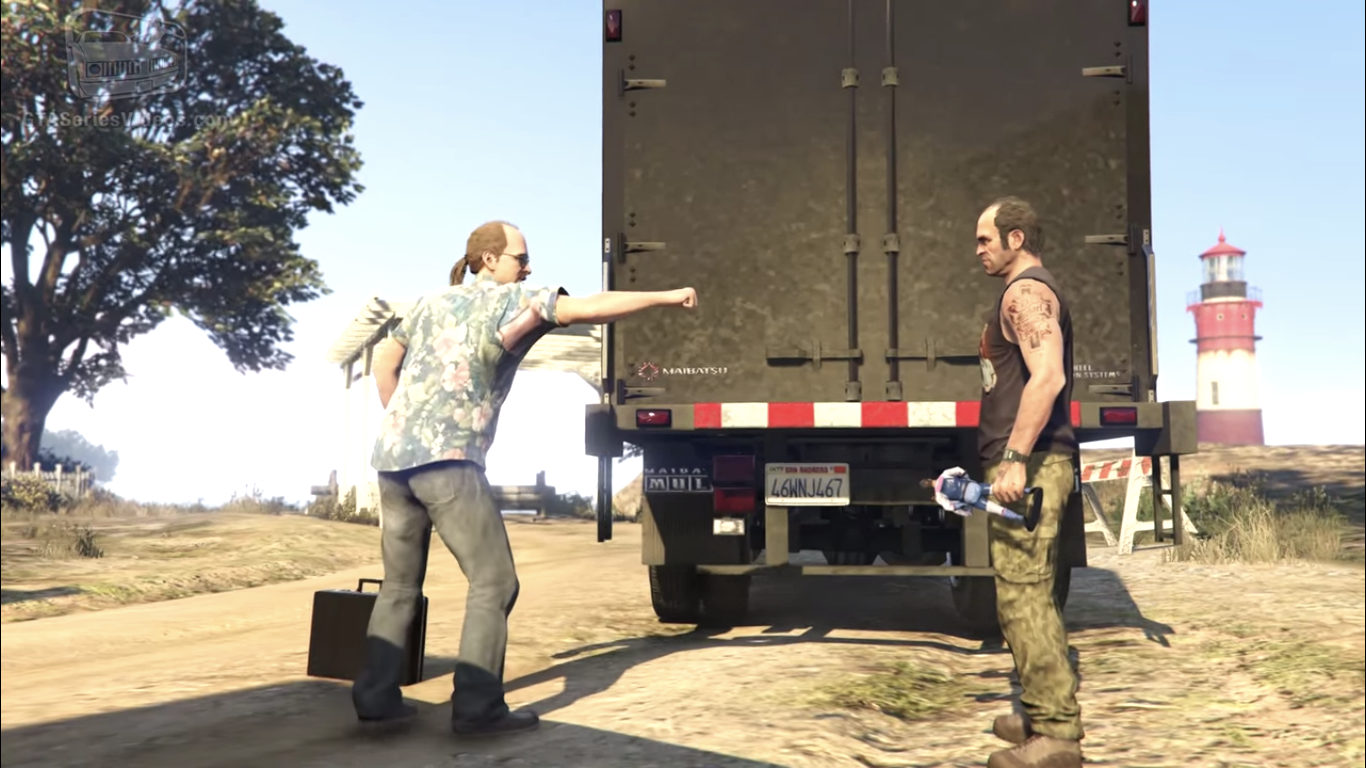 The best part of this mostly forgettable heist is the ending cutscene featuring Trevor. The whole heist is just stealing some drugs for Trevor and then helping him defend them before he tries to sell them to a shady dude. There’s one annoying one stealth mission involving bikers, but it’s less time consuming and tricky than the stealth mission in Humane Labs.

The rest of the setup missions involve you and your crew stealing drugs from frat boys and rival gangs. Stealing the coke from the frat boys involves players invading a large yacht and escaping on jet skis. (Tip: Bring some body armour.) You also steal a garbage truck, which is a bit of silly but fun. 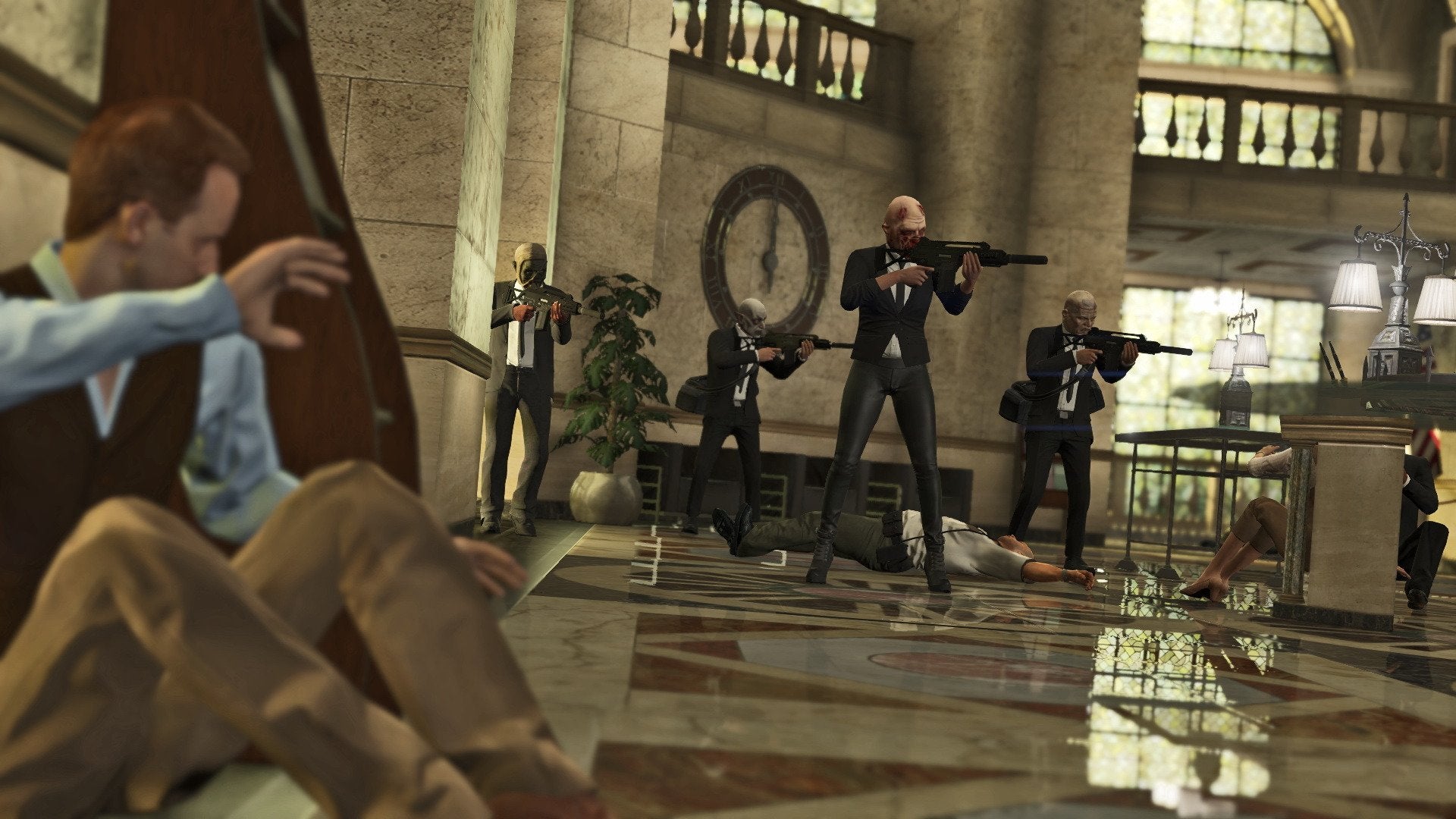 If you have played a lot of GTA Online over the years, you’ve been invited to this heist at least a few hundred times while hanging out in free mode. It was the most popular heist in 2015 and for a few years after that. Soon after its release, players figured out how to take it down effortlessly and repeatedly, racking up serious cash in the process.

While I got frustrated with the people spamming invites to this heist, the actual mission is great. To unlock this heist you have to complete four other heists, some of which I’ve mentioned already. But unlike the previous jobs, where you helped someone escape prison or stole drugs to sell, PacStandard (as players often call it) has you robbing a large bank. This is the classic bank heist players had been wanting in GTA Online. You do what you expect in a big bank heist: deal with hostages, unlock vaults, fight off police and escape. The escape is the worst part of the heist, as the game makes you ride motorcycles and if you get shot you lose some cash. Players at one point used an armoured car to escape, but Rockstar patched this method. Since then, the Pacific Standard job has become less popular, not just because of patches that removed exploits, but because other money-making activities have been added since 2015, including new heists. Still, if you haven’t pulled this job off in GTA Online, get a crew together and give it a shot. 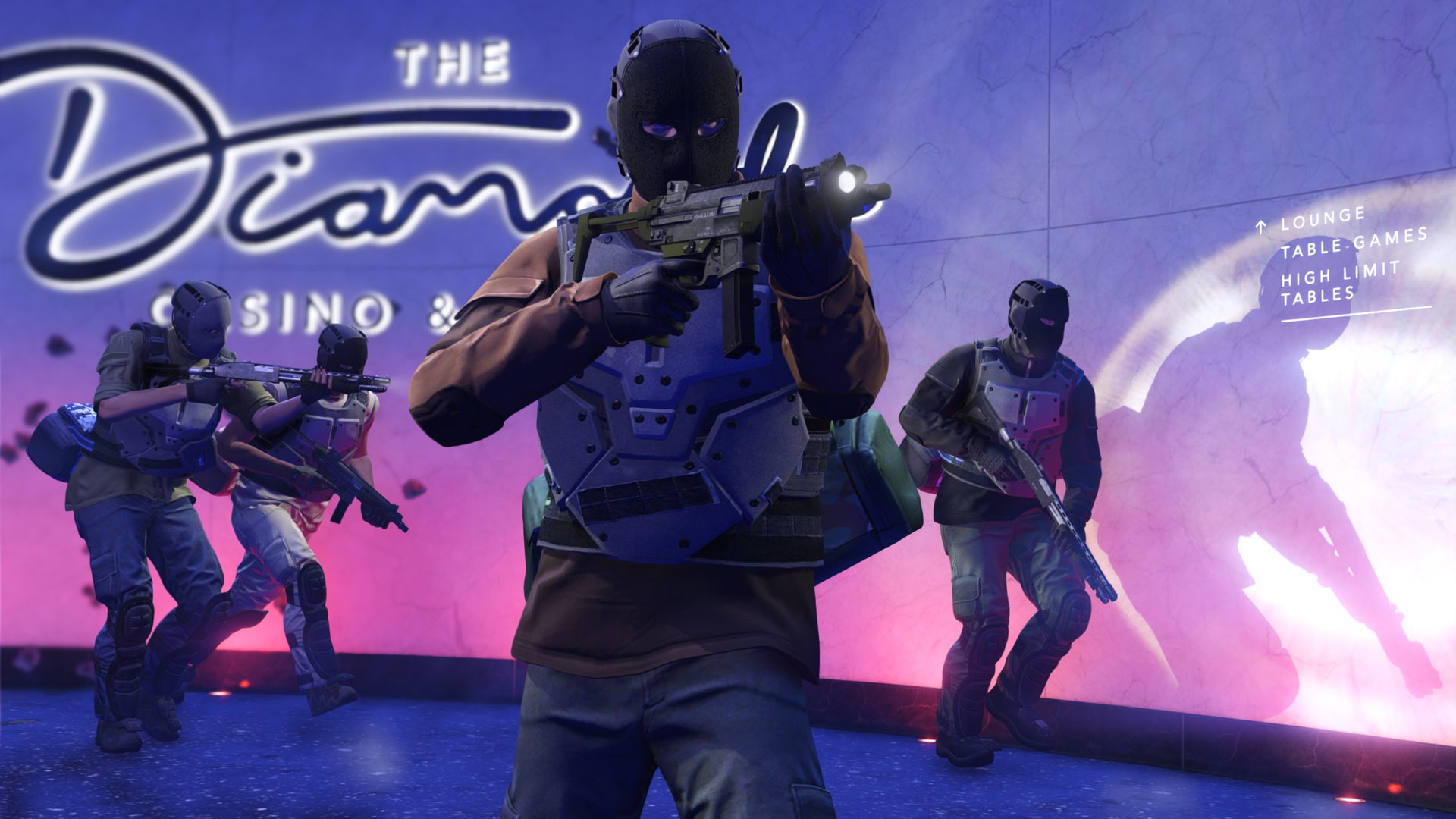 Technically there are a few different ways to hit the recently added casino in GTA Online. Each method has different obstacles and objectives. For example, you can attempt to rob the place using the “Silent & Sneaky” method, sneaking in via a few different entry points and trying to remain undetected as you grab the loot and escape. Or you can try the “Aggressive” option and just go in guns blazing, blow up the vault and leave. Each of these options plays differently enough that they can almost feel like three different heists in one location.

You can also augment these options through prep missions. These are small missions that function similar to the setup missions in other, older heists. They’re completed in the free mode of GTA Online and some of them are optional. For example, if you do the optional prep mission that lets you steal an EMP, you can use it during the sneaky heist option and turn off all the lights and security features for a minute, which can be a very powerful advantage. 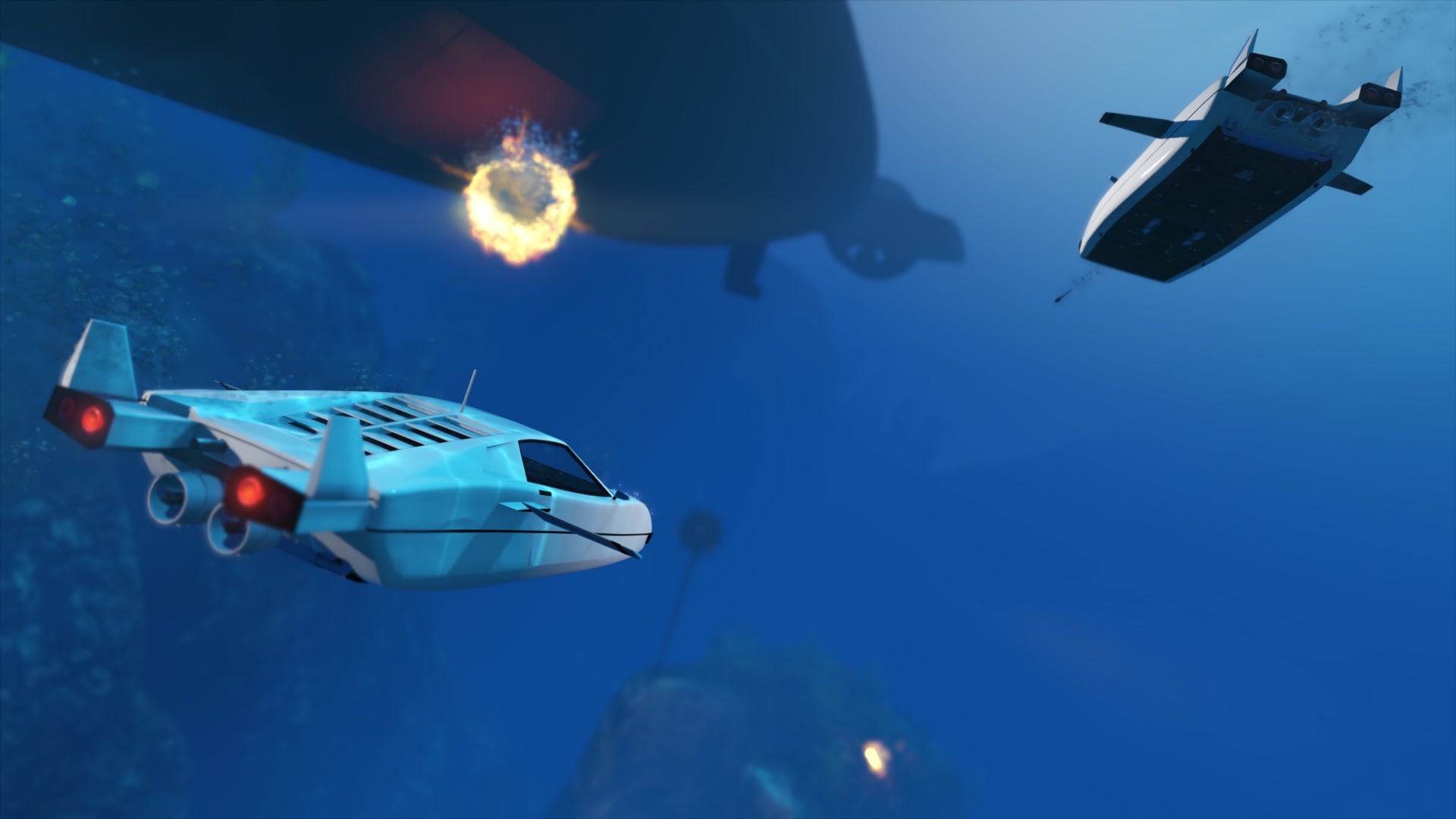 The Doomsday Heist is really a collection of smaller missions and heists connected together via a narrative about the US being hacked by enemies and a big tech company CEO trying to help...or maybe not? It culminates in a large final heist that has your GTA Online crew technically saving the world. It’s a wild journey involving jetpacks, hidden subs, backstabbing, and robots. At times it feels more like something you would see in Saints Row than GTA, but I enjoyed how off the wall things got.

What I really like about Doomsday is the mission variety. You do a lot of different things during the Doomsday Heist, including driving underwater cars and sneaking into a secret military base located inside Mount Chiliad. And yes, after years of fans searching and hunting for it, the jetpack was finally added to GTA Online in this heist. If Rockstar wanted to end updates for the game here I would have been more than fine with that. Doomsday was so exciting and big that it felt like, at the time, a possible finale for GTA Online, which is an impressive thing to pull off. I’m glad it wasn’t, though. 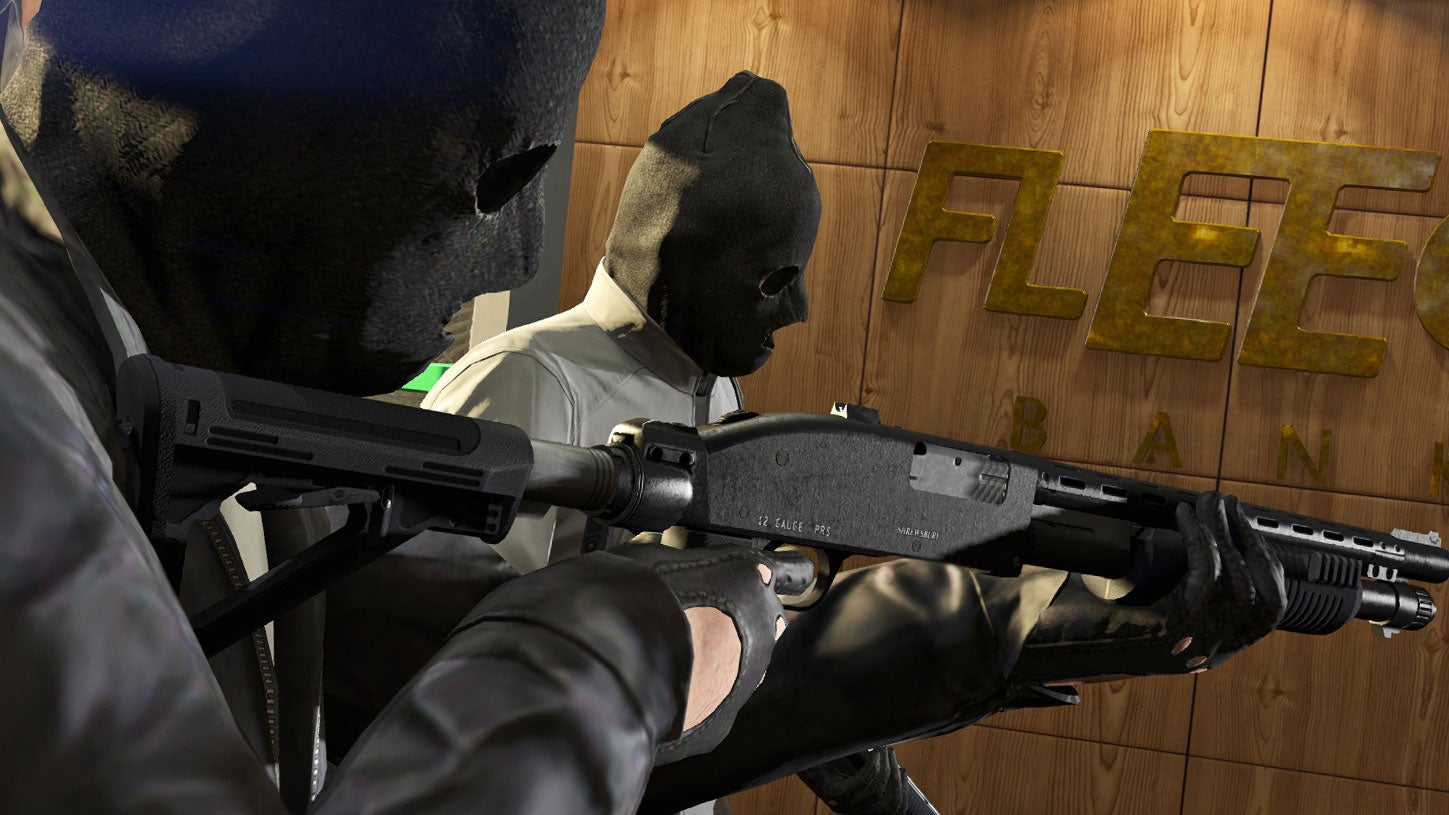 I’m sure there are GTA players already in the comments complaining about my choice here. I get it: On paper, this sounds like it shouldn’t be the number one heist. It is a job for only two players, has some simple setup missions, doesn’t pay out great and is easy. But of all the jobs, I’ve done this one the most. It’s what I want more of in GTA Online.

I like GTA Online activities that feel like real crimes that could happen in our world. I enjoy how focused this heist is and how it forces you and your partner to really work together. While one of you is driving to the small bank, the other one is using a computer to hack the bank’s security systems. Once inside the bank, one player drills into the vaults while the other player watches the hostages and keeps an eye out for cops. It’s tense. I’ve played many times and there’s always shouting and someone blaming the other person for screwing up. Since you only need two people, it is much easier to get together and play than heists that require larger groups.