Fallout 76’s Communist Collectron would rather help emancipate the proletariat than find rare weapons for players.

The robot is one of the latest things you can buy from Fallout 76’s in-game shop. Like a traditional Collectron, it’s programmed to scavenge for resources while players are out adventuring. This one has a Commie twist, though, droning on about class struggle and reminding you that labour is entitled to all that it creates. 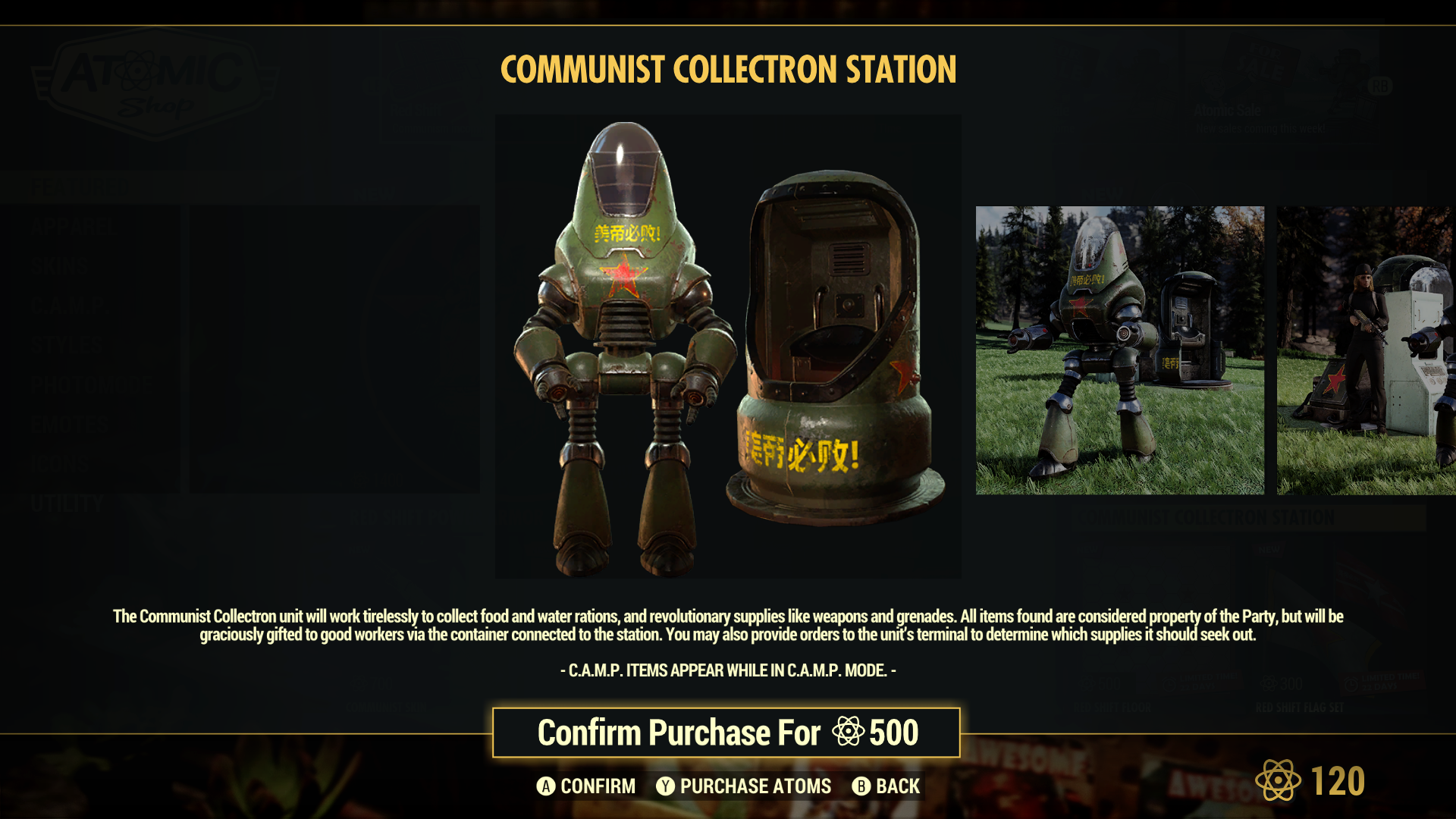 But that’s not the only twist. Along with any resources it finds, Comrade Collectron also stuffs its designated station with Communist flyers. And not just one or two, but handfuls of them, again and again, in its relentless attempt to awaken your class consciousness. The Communist Collectron has two settings: Proletariat and Revolutionary. The first one sets it looking for food and water. The second sends it in search of weapons and blood packs. Both will also return reams of propaganda.

“I really don’t like going out adventuring for an hour and coming back only to find 8 propaganda posters, 1 frag grenade and 1 box of dandy boy apples,” wrote one player on Reddit. Another tried to warn players against purchasing the automated worker. “PSA FOR THE COMMUNIST COLLECTRON: don’t expect to get loaded with weapons,” they wrote. “I played for a few hours (maybe 3-4) and only got 35-40 propaganda flyers and a single frag grenade.”

The flyers would be easy to ignore if they didn’t end up clogging up the Collectron’s repository. If you don’t empty it out every so often, it’ll stop collecting new stuff, basically going on strike until you agree to acknowledge the ideological struggle it’s undertaken.

At least one player also reported that their machine gun turrets won’t stop shooting the poor robot. Bethesda confirmed this is a bug that it’s planning to address in the game’s next patch. Until then, anyone who doesn’t want to be party to their own little Homestead Strike reenactment is encouraged to temporarily put their turrets away.

Even for free marketeers, the flyers aren’t a complete waste though. You can actually sell them to other vendors for one cap each, because what capitalism can’t defeat it will always try to commodify.