The creator of the Cooking Mama games says it pulled the plug on the latest game, Cooking Mama: Cookstar, over quality concerns. Except the publisher went ahead and released it anyway.

Controversy has been swirling around Cooking Mama: Cookstar ever since it temporarily went up for sale on the Nintendo Switch eShop at the end of March only to vanish again hours later, as first detailed in a report by IGN. News of hard-to-find physical copies, followed by rumours about illicit cryptocurrency software running in the background of Cookstar, made for a bizarre mystery around the seventh game in the niche cooking simulation series. Now Office Create, the Japanese company that created and owns the series, says Cookstar was an “unauthorised” release.

It's been a while since Mama was on a console! Here's a quick look at Cooking Mama on the Wii vs Nintendo Switch.

Let us know if you played on the Wii in the comments below, and don't forget to tell us what your favorite recipe was!#cookingmamacookstar #NintendoSwich pic.twitter.com/OqQ5WOxlMH

“As many of you know, Planet Entertainment LLC (Headquarters: Connecticut, USA; ‘Planet’) recently released ‘Cooking Mama: Cookstar’ for sale in the US, Europe and Australia,” the company wrote on its website. “This was an unauthorised release in breach of Planet’s contract with Office Create.”

Office Create went on to say that it licensed Planet to make the game for Switch in 2018, but only if it met a certain level of quality. To develop the game, Planet went to 1st Playable, a studio in Troy, New York known for making education games. The finished game apparently didn’t meet Office Create’s quality threshold, but Planet went ahead and tried to release it anyway. “On March 30, 2020 Office Create notified Planet of its immediate termination of the license due to Planet’s intentional material breach of the license contract,” the company writes. “Despite such notice, Planet continues to advertise and sell the unauthorised version of Cooking Mama: Cookstar on its website in wilful violation of Office Create’s rights.” 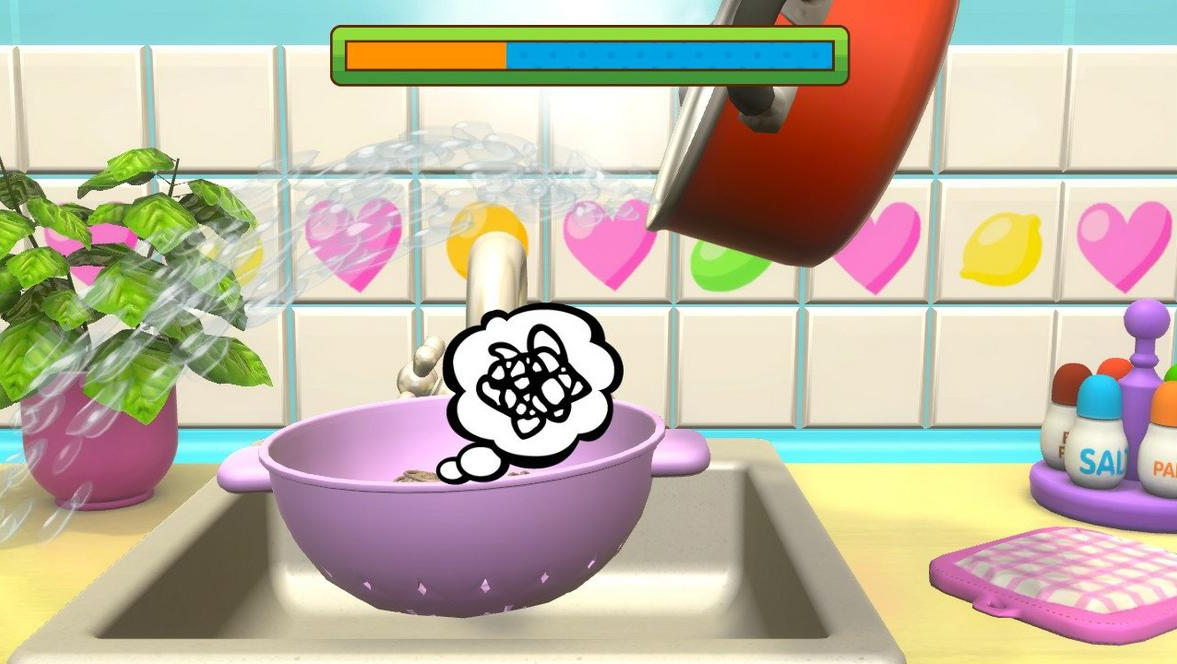 Office Create says an upcoming PS4 version of the game was also not part of the agreement – Cooking Mama games have traditionally only appeared on Nintendo platforms and smartphones – and that it’s “evaluating all legal action against Planet to protect our customers, intellectual property rights and the Cooking Mama series.”

Planet Entertainment, 1st Playable, and Office Create did not immediately respond to a request for comment.

The publisher had originally implied that this rocky launch was the result of the ongoing covid-19 pandemic. “We know that Cookstar fans are anxiously awaiting for the game to appear in the eShop,” the game’s Twitter account announced yesterday. “As everybody is aware, the whole world is upside down with delays right now.”

The publisher said a new Cooking Mama game would be one of its first projects to have development funded off of the launch of a new cryptocurrency called Rocket Tokens.

That version of events was later disputed by someone who claimed to be a developer who worked on the game and who spoke to Screen Rant under the condition of anonymity. “There is a legal battle between the publisher, Planet Entertainment and the IP holder, Office Create,” the alleged developer told Screen Rant. “Planet Entertainment released the game against a request by Office Create to keep polishing the game, or perhaps even cancelling it.” The person also claimed that once the game was released, Office Create contacted Nintendo to have the game pulled from the eShop and to get the production of physical copies halted. In response to the Screen Rant story, developer 1st Playable posted on Twitter to deny the claims made and describe it as a “dev spoof.”

Planet Entertainment was launched in January 2019 by Steve Grossman, a businessman whose Linkedin page says he’s been at the company since 2001. According to a press release at the time, he was being advised by Chris Deering, former president of PlayStation Europe, and Kelly Sumner, former CEO of Take-Two, who sat on Planet’s board. 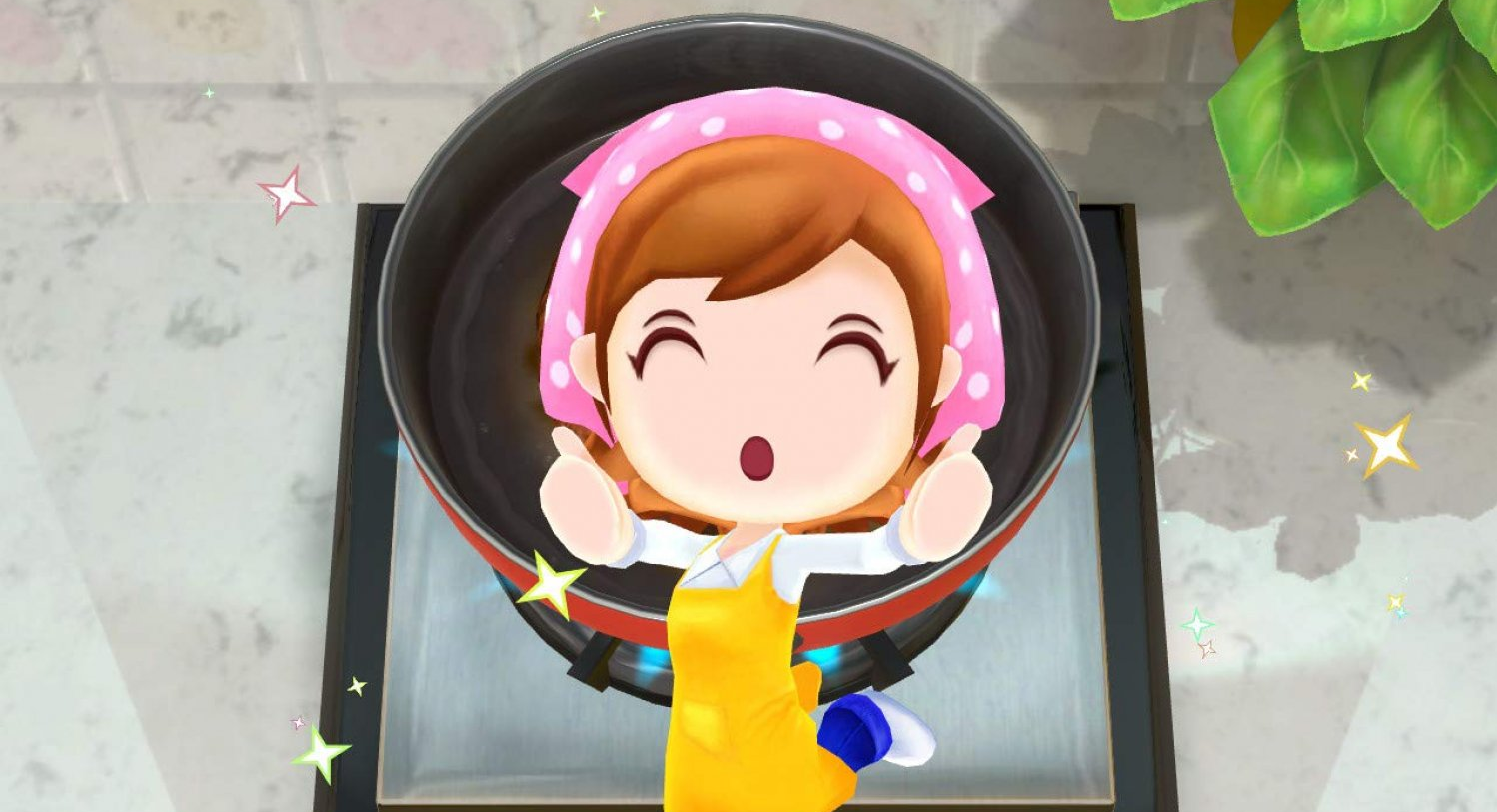 Also in January 2019, the publisher said a new Cooking Mama game would be one of its first projects to have development funded off of the launch of a new cryptocurrency called Rocket Tokens. People would buy the tokens for $1 (£0.80) each to fund Planet Entertainment’s games and get dividends back based on profits from the sales. It’s unclear how many Rocket Tokens were ever sold. Kotaku was unable to find the Ethereum-based cryptocurrency listed on any of the sites that track cryptocurrency prices.

Meanwhile, a screenshot of a Discord conversation claiming the game contained cryptocurrency mining software went viral on Twitter. The rumours gained traction thanks to a February 2019 press release by Planet Entertainment saying Cookstar would be the “first game to integrate blockchain technology” on consoles. The publisher has since scrubbed that press release from its website. 1st Playable recently said on Twitter that the game did not use blockchain technology in any way. Planet Entertainment also wrote on Twitter that while it had been exploring this concept, nothing referred to in the original press release was ever implemented.

Cookstar currently has a four on Metacritic based on four reviews. IGN, which gave it a three in its review, called it “a tedious game that does almost nothing well.”