In Moons of Madness, Outer Space is Just As Scary As Alien Monsters

I’ve never had any grand aspirations of being an astronaut, even as a kid. But in playing Moons of Madness, the latest first-person adventure from Norwegian studio Rock Pocket Games, I was given definitive proof that I just couldn’t hack it in outer space, long before the eldritch abominations started showing up.

Moons of Madness came out on PC last year and got ported to PlayStation 4 and Xbox One this week; I played the PS4 version. The game follows Shane Newehart, a technician stationed on a secret Mars base. He’s told his friends and family he’s in Antarctica to hide the fact that his outer space team is really investigating signs of intelligent life first discovered by the mission’s benefactor, which is a shady organisation known as Orochi. Shane’s job as a technician mostly revolves around making sure life-sustaining technology is in working order – stuff like the base’s solar panels. Mundane tasks like this make up much of the game’s opening moments.

I love games that manage to make mundane tasks feel compelling even in the absence of threat or panic. Most recently, I’ve fallen head over heels for the passport-checking minigames in Papers, Please and moving boxes around in Wilmott’s Warehouse, and Moons of Madness scratches that same itch early on. Leaving the safety of the Mars base requires multiple steps: putting on a helmet, making sure you have enough oxygen for your jaunt, and adjusting the atmosphere of the airlock to match the barren wasteland outside. 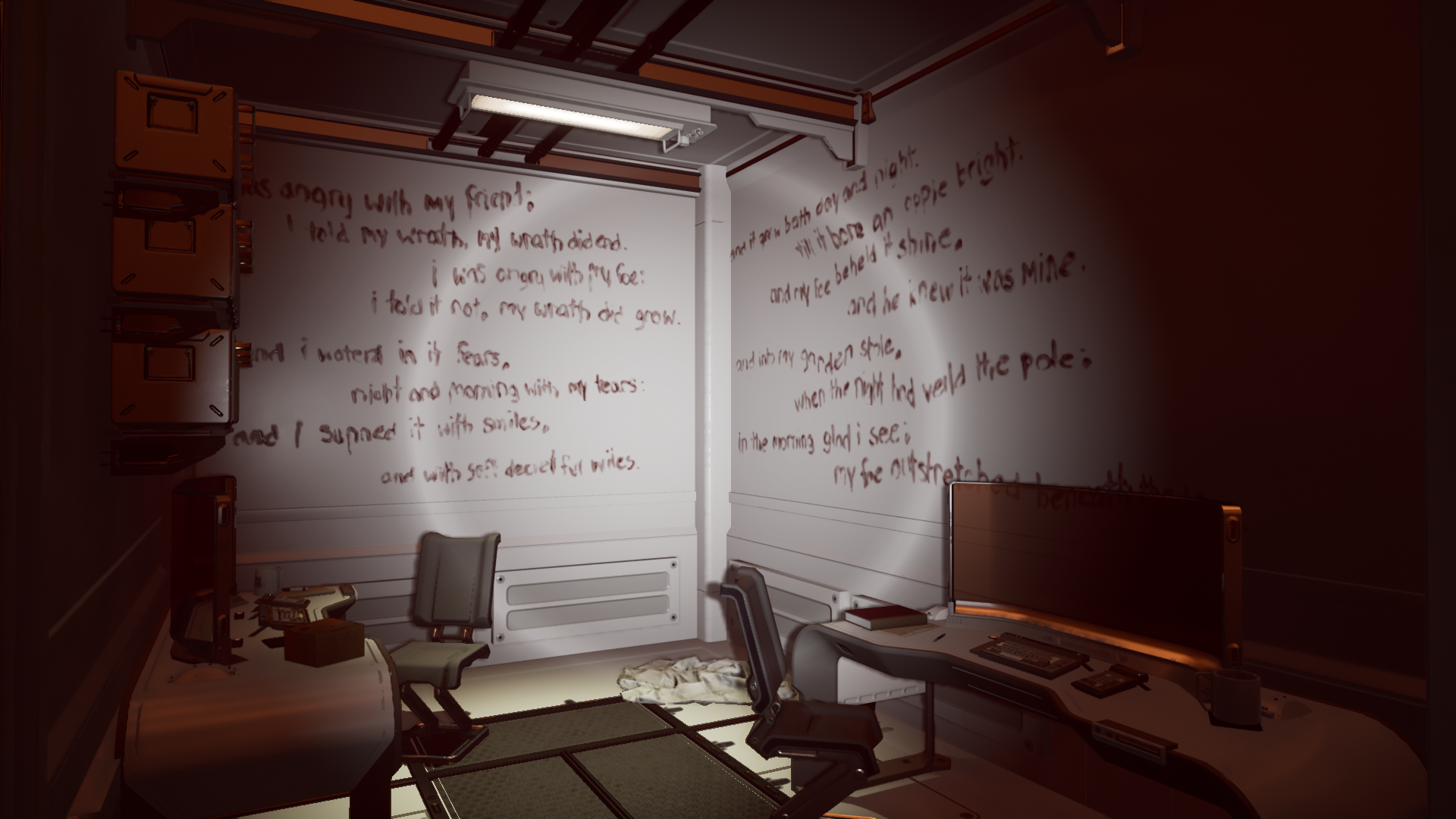 None of that is very complicated, but Moons of Madness does wonders to put you in the headspace of an astronaut wrestling with the inhospitable landscape of an alien planet. After returning to the base, I made the mistake of removing my helmet before appropriately returning oxygen to the airlock, sending Shane into a coughing fit as his lungs fought against the unbreathable Mars atmosphere. I scrambled to return the glass orb to Shane’s head, giving him a few minutes to regain his composure before moving him on to the next mission. (If you’re reading this, Elon Musk, do not recruit me for your Mars mission. I will only let you down.)

After the first half hour or so, Moons of Madness explodes into a full Lovecraftian nightmare. Black ichor coats the walls of the Mars base, tentacles sprout from every corner, and a “witch” that the crew previously only joked about starts to manifest in your peripheral vision. The story becomes a mishmash of horror tropes converted for a science fiction setting, adding a new layer of dread to the experience. Even while being chased by monsters and coming to grips with each confusing piece of lore, the fact that Shane is stranded on a planet over 137 million miles from Earth remains the most terrifying aspect of the adventure.

Moons of Madness is short but it’s packed with brilliant setpieces. I often found myself staring in awe at a new structure or tableau, taking copious screenshots as if I were a tourist and not a beleaguered astronaut trying to survive a cosmic calamity. The story is nonsensical – I honestly can’t tell you why things happen the way they do – but it nonetheless shepherds the player through enough interesting moments to remain compelling over a few hours of playtime. It’s essentially a walking simulator, but one that makes great use of the resources that might have gone to better exploration or combat mechanics.

If this is what’s actually waiting for us on Mars, maybe we should try our best to fix the problems on Earth before committing to a backup plan.