I didn’t know there was anything weird about my keyboard until I went looking for replacements for my Enter key. That’s when I learned I’ve been spending the last five years typing with an abomination.

It turns out my Enter key isn’t like other Enter keys. It’s bigger. A lot bigger. It’s the shape of a backwards L and approximately the area of my spacebar if it were all squished together: perfect for firing off big emails with a big, triumphant clack but not much else. I thought the Enter keys on my friends’ and colleagues’ tricked-out mechanical keyboards were the weird ones, but it turns out I’ve had it all backward.

I have now learned that there are four commonly known Enter keys. ANSI is the horizontal one most people have. ISO is the fatter, vertically oriented one. Then there are the two L-shaped variants: a narrower one called big-ass and fatter one called BIG-ass. That term was apparently coined by ripster55, a frequent commenter and guide writer for the mechanical keyboard subreddit, back in 2010. Even most of the people who have big-ass Enter keys don’t have BIG-ass Enter keys. And now that I want to finally replace my enter button with a custom keycap, I’m realising just how alone I am. 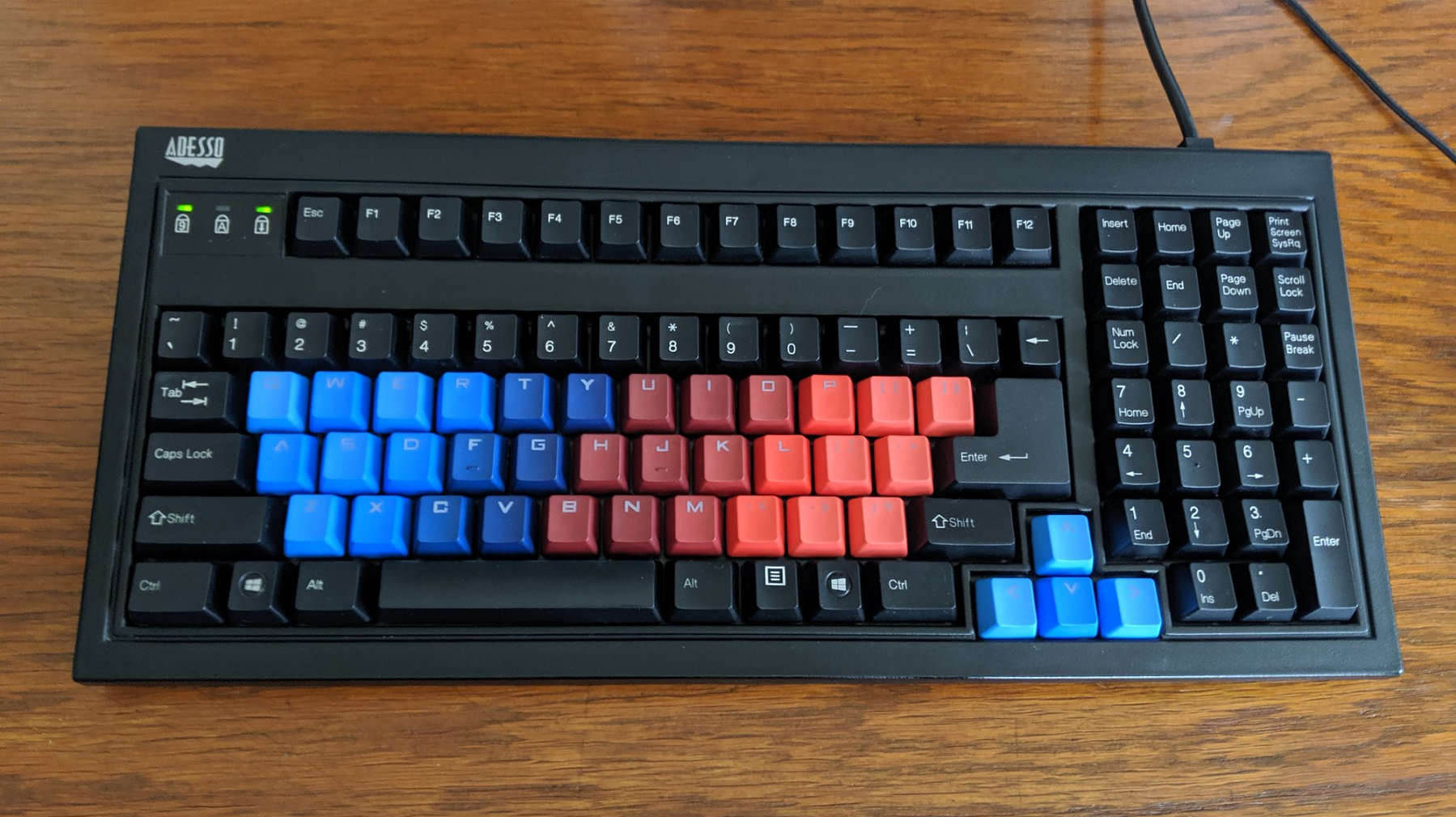 I’ve been wanting to spice up my keyboard setup for a while. I spent more than a few nights over Christmas reading through every 2019 roundup of best mechanical keyboards and sales. I was desperate to upgrade from the Adesso compact mechanical keyboard I bought for £65 back in 2015 when I originally built my gaming PC. A discounted Anne Pro 2 with Cherry MX Blues – sleek, wireless, and backlit – sat in my Newegg shopping cart for weeks. But I never pulled the trigger, and soon I was well into the new year nursing a renewed sense of frugality in the face of new childcare and insurance costs. 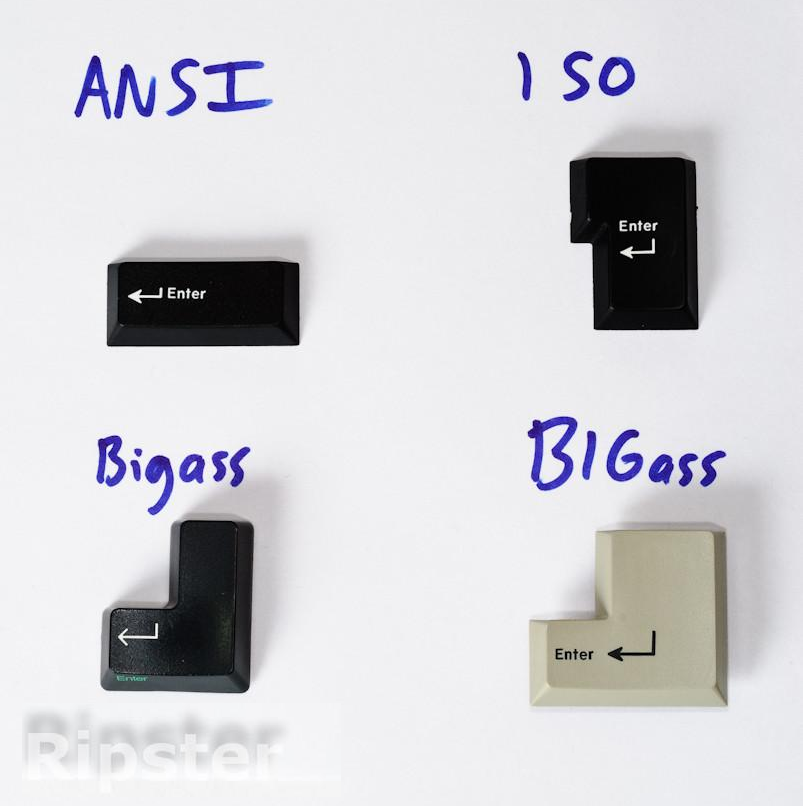 So instead I settled on buying a cheap set of custom keycaps to add some colour to my existing keyboard. After an hour of searching I found a £16 set on Amazon from a company I’d never heard of called 'Sunset Ocean'. A few days later they arrived, full of pinks, oranges, reds, dark blues and ceruleans. I absolutely love them. But unfortunately now my BIG-ass Enter key is more of a problem than ever.

In the process of replacing the letter and arrow keys I decided to remove the rest and give my keyboard a deep cleaning. It’s been five years, after all. Yes, it was gross, and no, I’ll never wait that long again. A couple of baby wipes and a fistful of Q-tips later it’s in pretty immaculate condition. Except for the BIG-ass Enter key. I took it off and now I can’t get it back on. Truly it’s the most cursed piece of plastic I’ve ever dealt with.

The small keycaps simply clip onto a small plastic cross that sits on top of the switch. The bigger keycaps like my Shift and spacebar have a metal hinge to help distribute the weight of each finger press more evenly. But my Enter key has two bars sitting perpendicular to one another. The hinges fit just inside of tiny plastic holes. I can get one hinge in or the other but not both at the same time. I’ve tried removing the hinges and connecting them to the keycap first. I’ve tried just sitting the keycap on top of the switch and making do. None of it’s worked and now that big, satisfying clack of hitting the BIG-ass Enter is gone. I’ve spent the last two days with it buried in my desk drawer in protest. 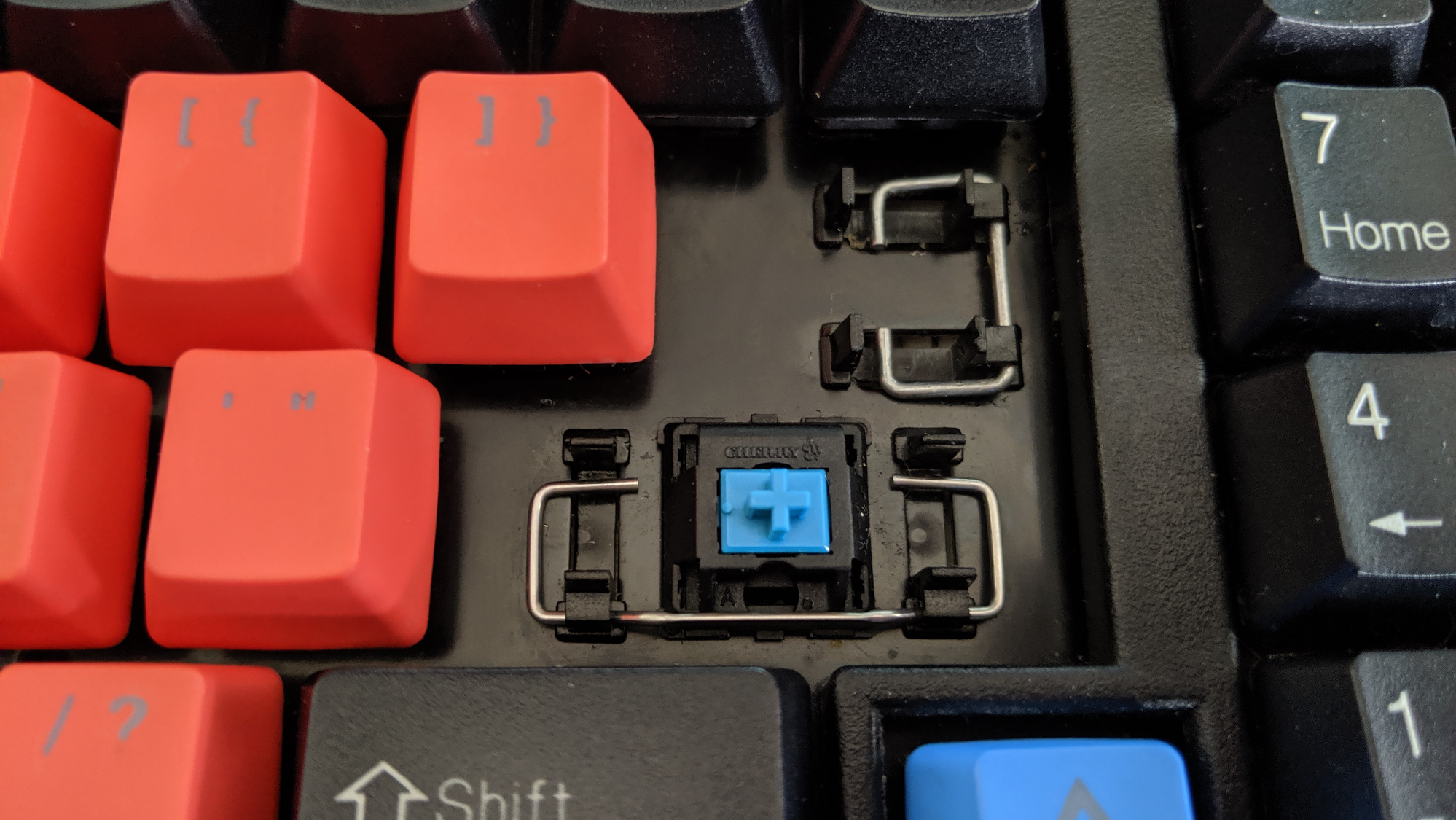 Even if I’m able to eventually Houdini it back on somehow, I’m up against a brick wall trying to find options for custom replacements. I just want something with a neat colour or cool design. Maybe even a sculpted key that’s pink and has a giant Kirby face on it. Given how big and diverse the Internet is, I’m sure someone out there specialises in making personalised BIG-ass Enter keys, but so far I’ve found them anything but easy to find. I’ve gone five pages deep in the Google search results. Five! I do not recommend searching that far for 'BIG ass' anything.

Maybe it’s time to buy that Anne Pro 2 after all. Maybe I just need to take a dremel tool and remove the excess Enter key. Or maybe it’s time I finally came to terms with my fate and became a BIG-ass Enter key influencer.