Games to Play While You're Not Leaving the House

As COVID-19, the disease caused by the coronavirus, spreads, it’s more important than ever to cancel unnecessary outings and use social distancing measures to try and limit how many people get infected. In other words, you’re going to be spending a lot of time inside. Here are some of the best video games to help you pass the time.

Some are classics, others are more recent, but all of them should help keep you occupied during the coming weeks and months depending on how long the pandemic continues. Even if they don’t completely distract you from political leaders' inept and lie-filled responses to the crisis, their dense beauty or brain-teasing complexity can hopefully restore your spirit a little. Maybe you bought Rockstar’s 19th-century wilderness simulator back when it came out. Maybe you got it recently as a gift or picked it up during a sale and then let it sit there on your TV stand collecting dust. Either way you probably haven’t finished it, or found even a tenth of what there is to discover and look at. It’s a big, beautiful game where you can pick up and leave civilisation behind whenever you want. 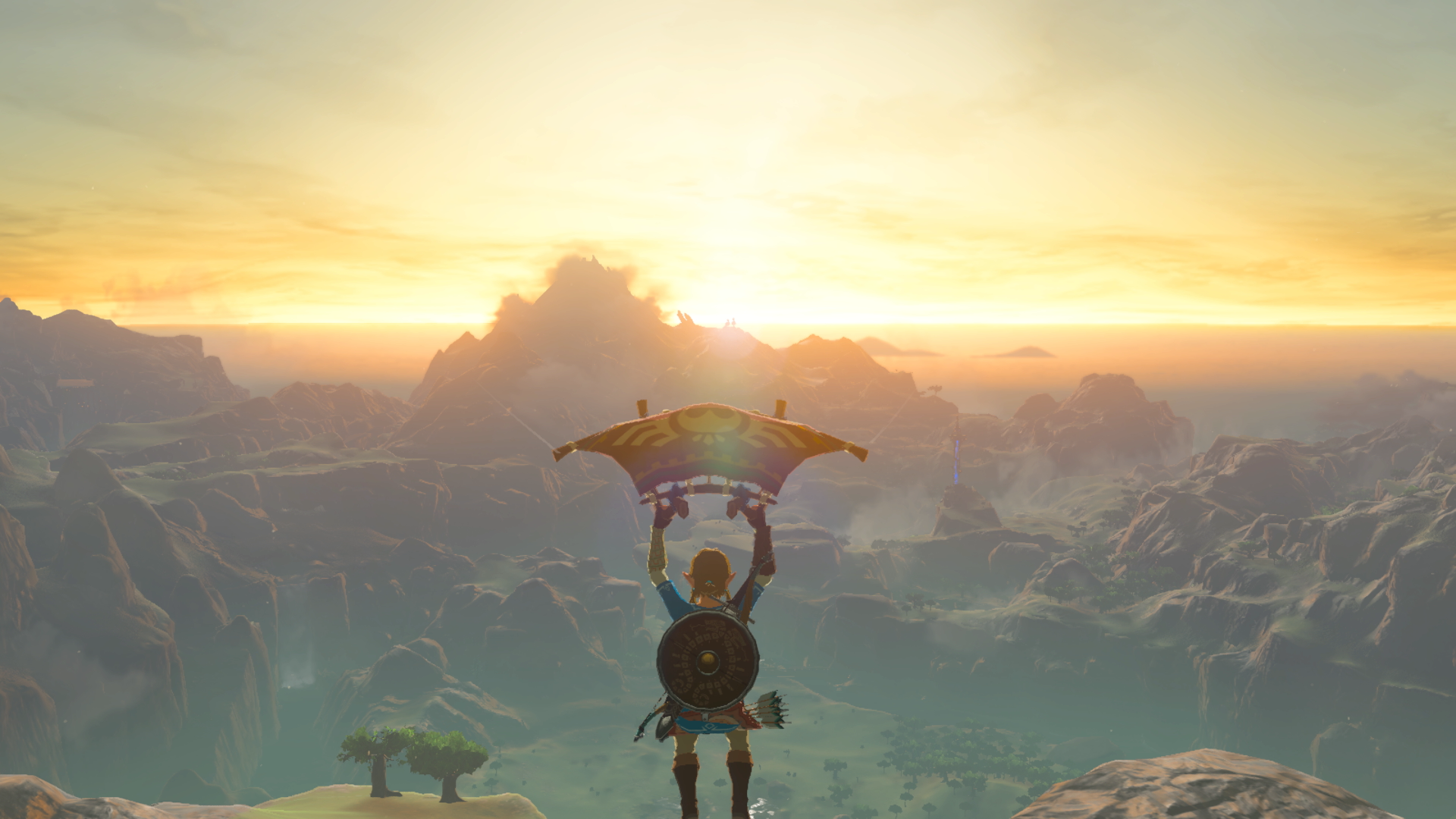 Speaking of civilisation, if you’ve ever wished you could just completely break the world and then remake it in your own image and manage it as if you were a bureaucratic god, you’ve probably toyed with playing a Civilization game. If you have you know it’s easy for hours of your life to slip by unnoticed as you fine-tune tax policy and construct new religions determined to make your society not just work but flourish. If you haven’t there’s no better time to try and work out all of those pent up, half-baked ideas about war, peace, and social engineering on a world that you can always simply reboot with the click of a button.

The Legend of Zelda: Breath of the Wild (Switch, Wii U)

Some people have cars they dream about buying, or trips they’d go on if they ever came into some money. I have games that I think about playing if only the rest of my life ground to a halt. Breath of the Wild remains at the top of that list. I have spent dozens of hours running through its grass and teasing out its puzzles, and I still feel like I’ve only scratched the surface. Even if you could go outside it wouldn’t be as bright and colourful as it is in Breath of the Willd. Singer St. Vincent spent 300 hours playing it. Now you can, too. 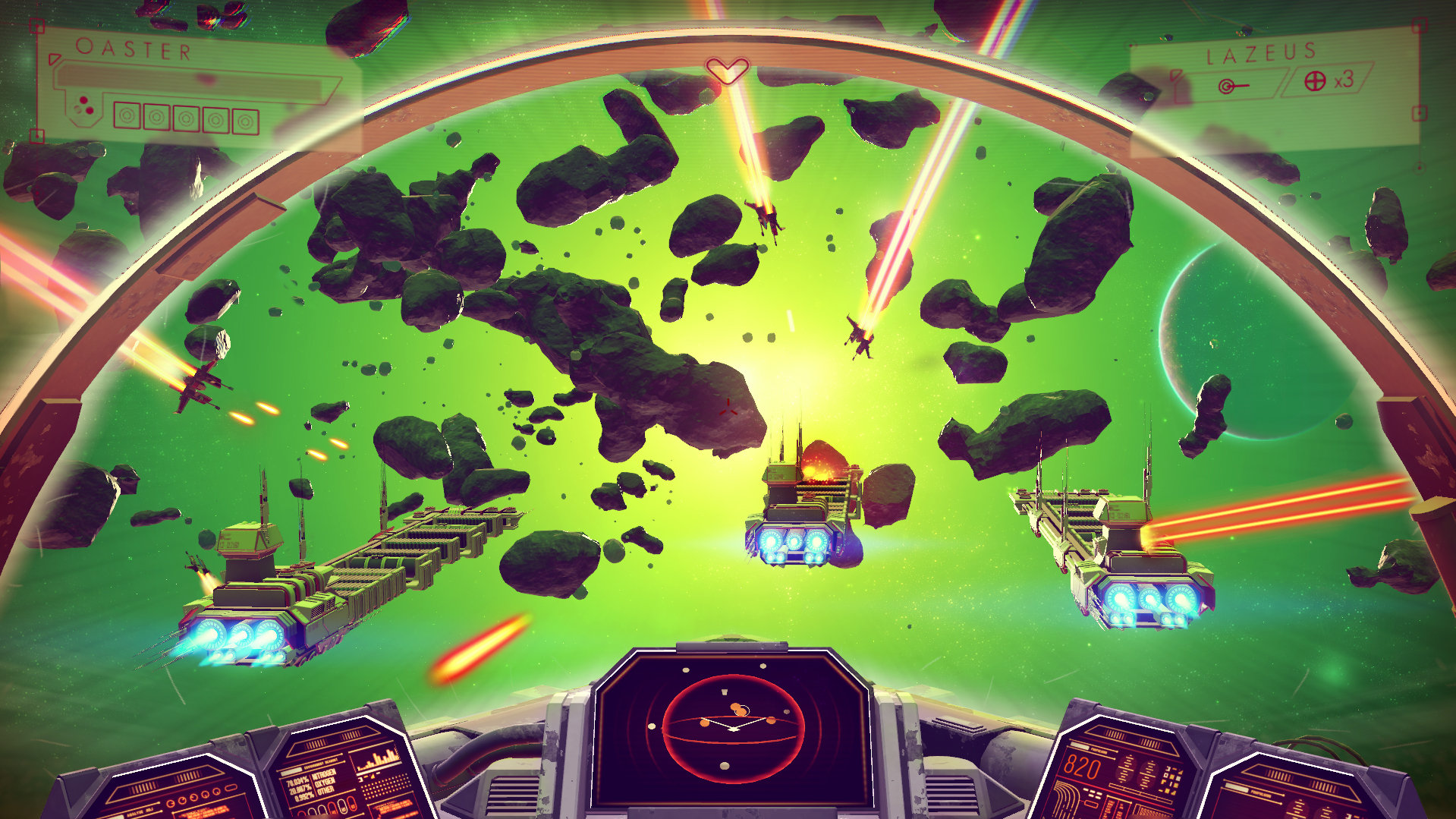 What Breath of the Wild does for the great outdoors, No Man’s Sky does for the galaxy. If you heard some bad things about it when it first launched, don’t worry. It’s all been fixed now, and then some. You can fly to dozens of planets, treating each one like a sandbox by exploring, creating, and crafting, then fly to a dozen more. Some of the spaceships are even alive. Plus, there are other people to meet in the game now. Maybe they’ll even invite you over to their own bespoke tiny homes for tea and space cookies. 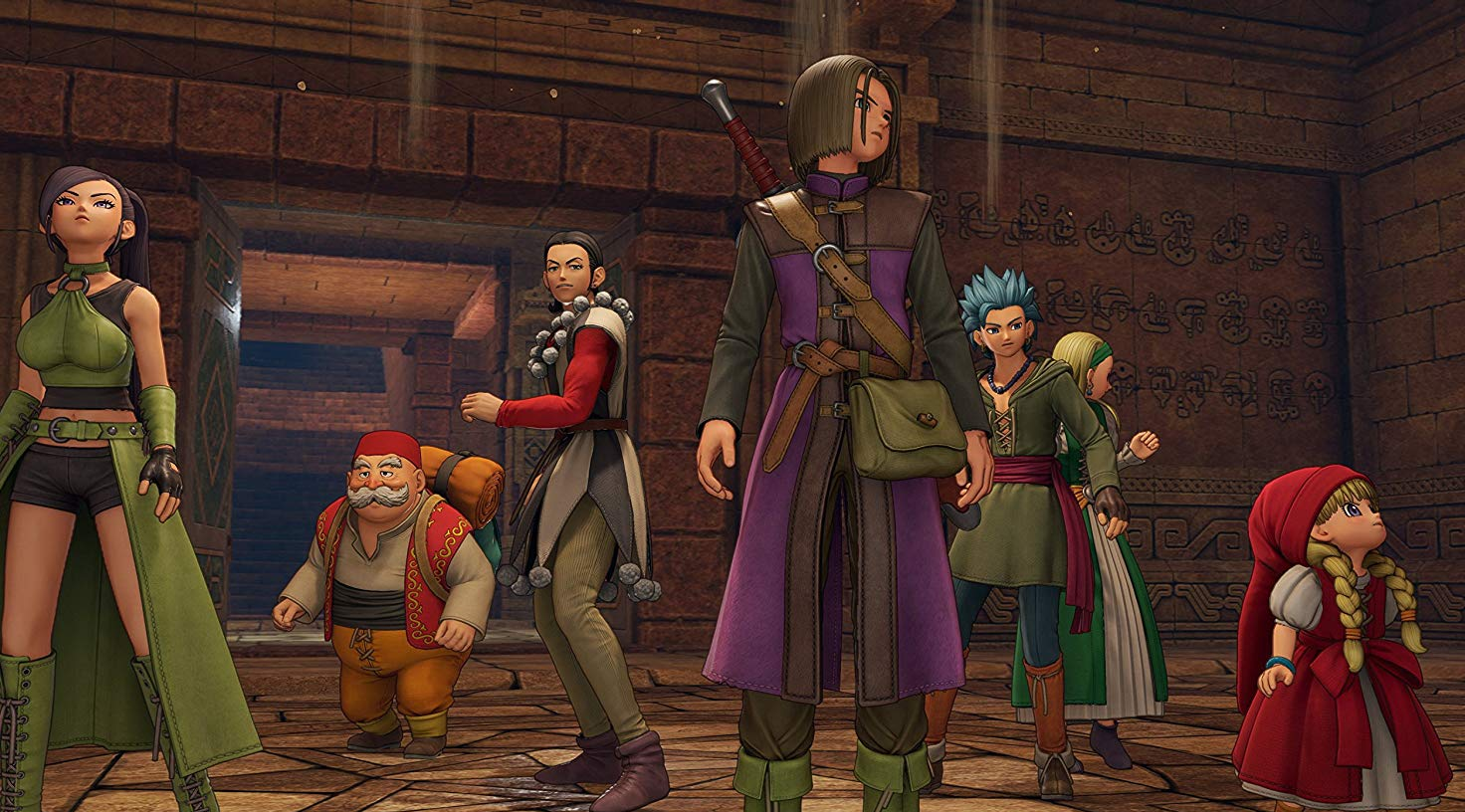 Imagine a Final Fantasy game drawn by the guy who created Dragon Ball. That’s the pitch for the Dragon Quest series, and according to former Kotaku video producer Tim Rogers, Dragon Quest XI is the best one in the whole lot. Rogers liked it so much he played hundreds of hours of the Japanese version before going through and beating the English version as well. And the best part about this colourful love letter to classic JRPGs? It doesn’t even really get started until dozens of hours in. Yes. It’s one of those. If you need a comfort snack to last you for weeks, look no farther. 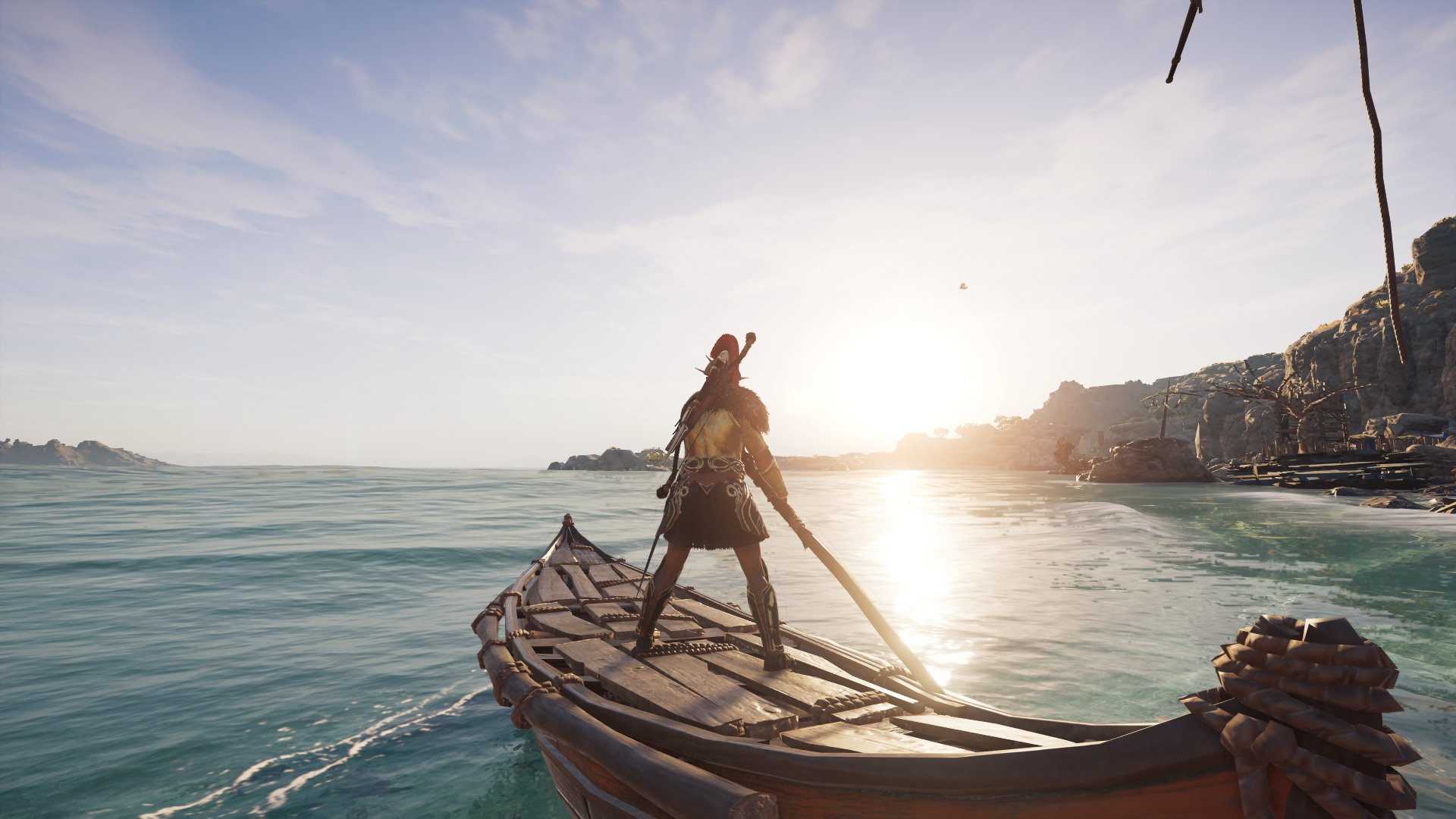 There are a tonne of Assassin’s Creed games, and a lot of them are pretty good, but none is as long and as chock full of weird details and extraneous content as Odyssey. It starts on a small island, and then moves to a bigger island, and then before you know it you have your own ship and are exploring the whole of ancient Greece. You don’t even need to visit most of the islands, but if you do, there will be a handful of characters waiting to tell you their stories and send you into a shimmering grotto or torch-lit cave to slay their enemies for them. And you will. And then you’ll do it again and again, drunk on the freedom of being able to climb anything and then dive off of it without dying. 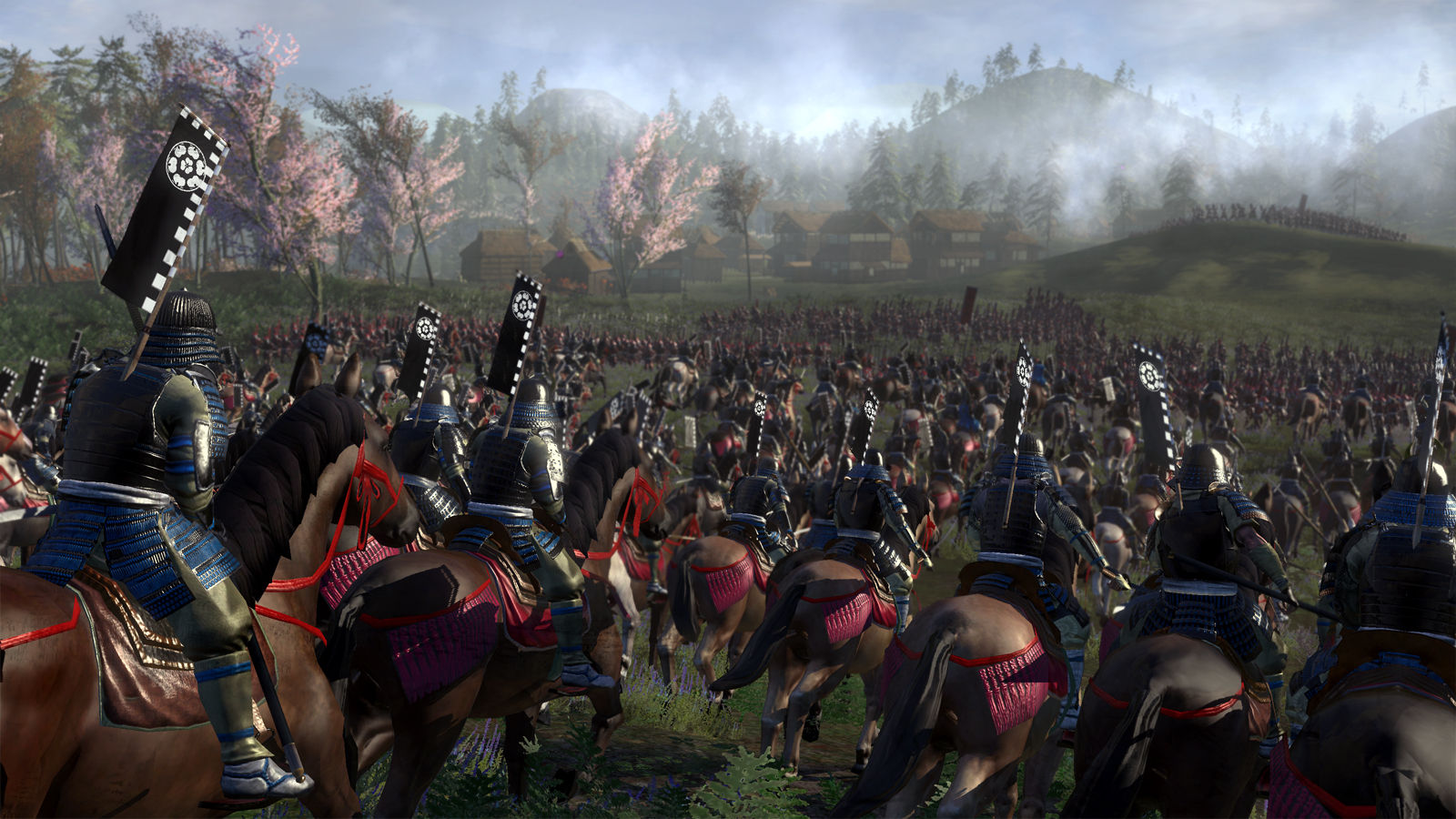 There have been a lot of good Total War games. Some of the best ones have come out in just the last few years. Plenty of earlier ones still hold up just fine, though, including Shogun 2. Its battle systems and strategic possibilities have stood the test of time so much that the newer games are still basically just refining them. Sure, if you have a shiny new gaming rig that can play anything, dive into Total War: Warhammer 2 or Total War: Three Kingdoms. But if you want to painstakingly plan out some grand military campaigns and just have a work laptop because you never planned to spend days or possibly weeks at home playing a video game, Shogun 2 will do you just fine. 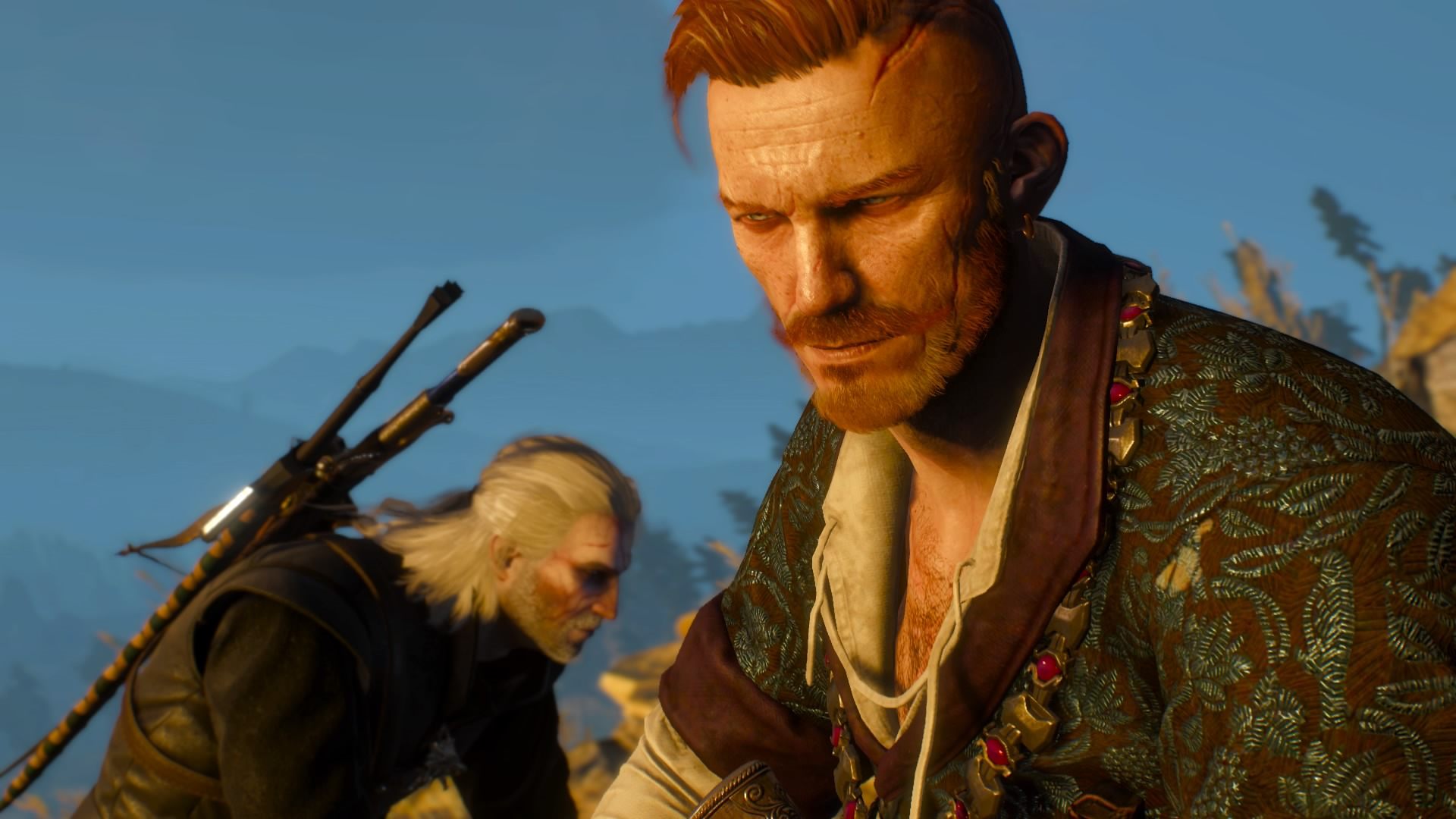 The Witcher 3 is a chilling mix of medieval fantasy and The X-Files where you can get drunk, play cards, box, and discover who murdered a farmhand’s family all in one night. Hands down one of the best games of the last decade. Play this game whether you’re quarantined or not. 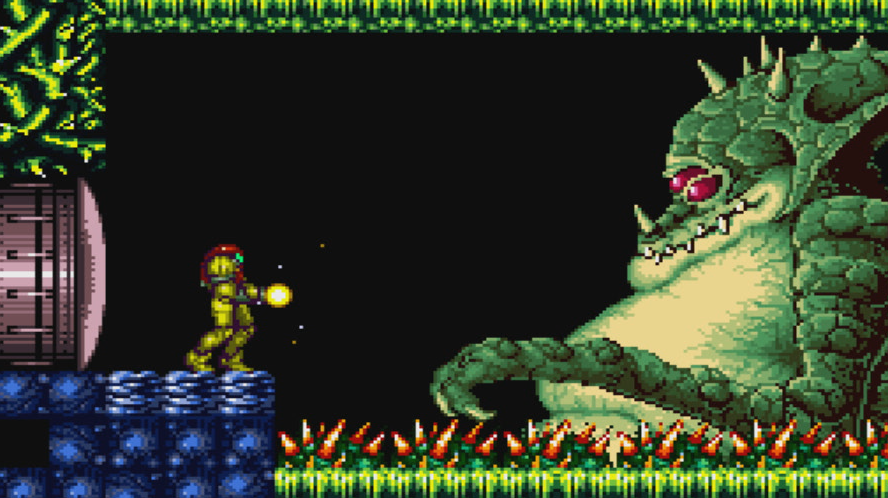 I’d be remiss if I didn’t recommend you took at least some of this time to play through a retro classic or two. Super Metroid is one of the best games from one of the best series on one of the best consoles of all time. Maybe a global pandemic isn’t the right time to be hunting through dark alien structures for parasites shaped like giant jellyfish. Or maybe that’s precisely the time to do it, facing the fear and challenge of being in a cramped, confined space with bombs and missiles until you come out the other side with your faith in the majesty of life reaffirmed. 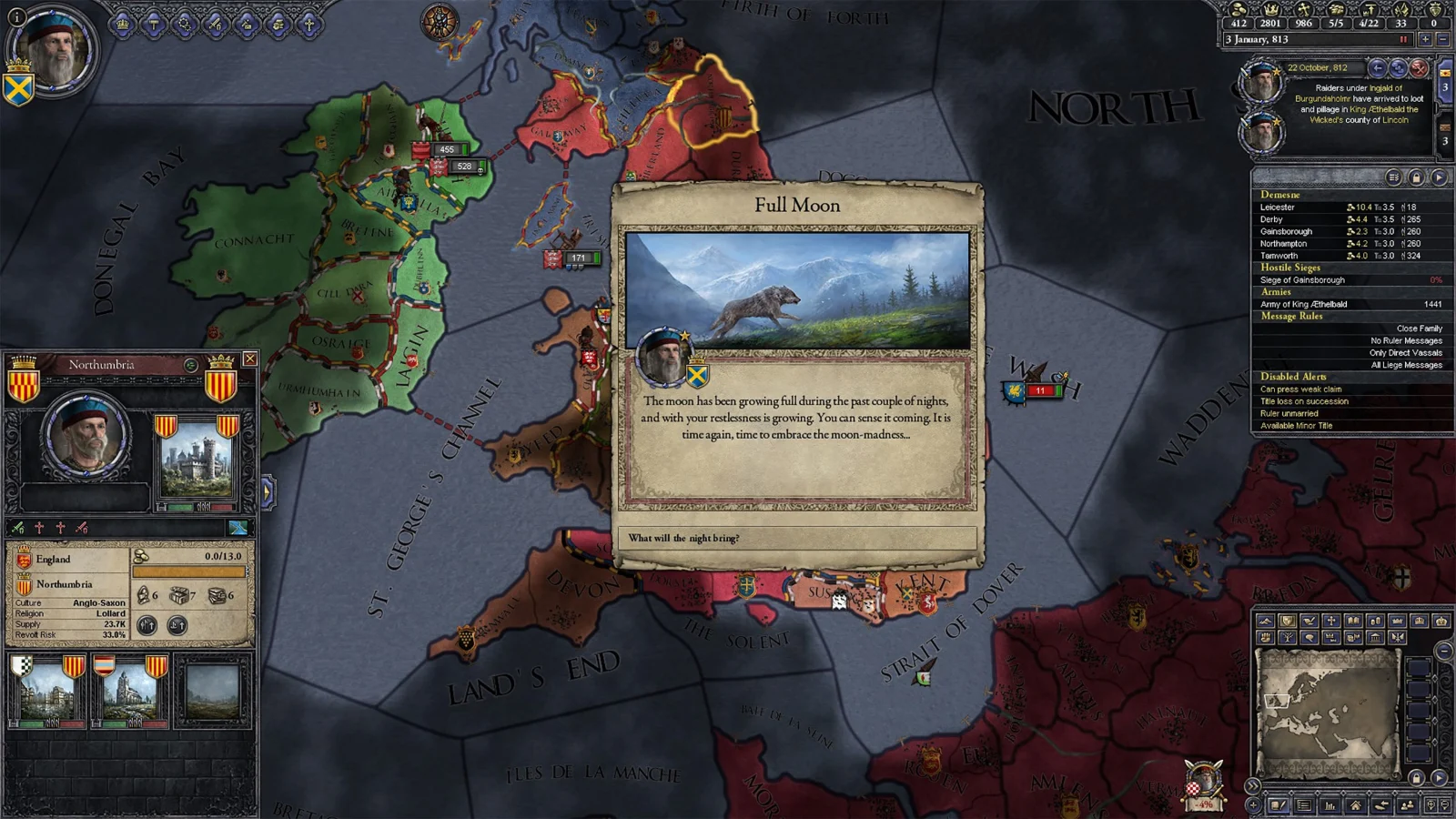 Crusader Kings 2 is such a good game we reviewed it twice. It’s a politics simulator for people who care about people – what they want, what they fear, what lies they tell about you behind your back. As with all the best simulators, you can keep running it over and over again and get different results each time. Feeling cut off from your family, friends, or coworkers? Play Crusader Kings 2 to remind yourself of the myriad ways people can stab one another in the back, then take some solace in the fact that you’ve finally got some time alone. 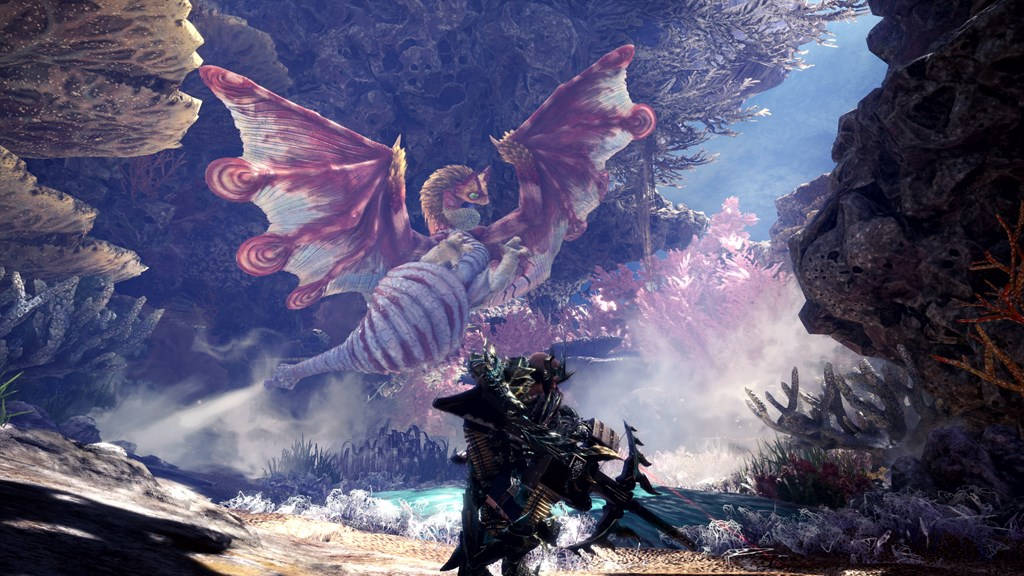 Want to kill the same creature over and over again, have it feel slightly different each time, and then use what you killed to make better weapons and cooler armour to go and kill even bigger ones? This is the central formula for lots of games, but Monster Hunter: World has so much fun with it that it’s hard not to want to keep coming back. It’s like going on a camping trip where sometimes you’re hiking through lush valleys and other times you’re slaying giant dinosaurs, and you always end the night cooking a big hunk of their meat over the fire while goofing around with friends. 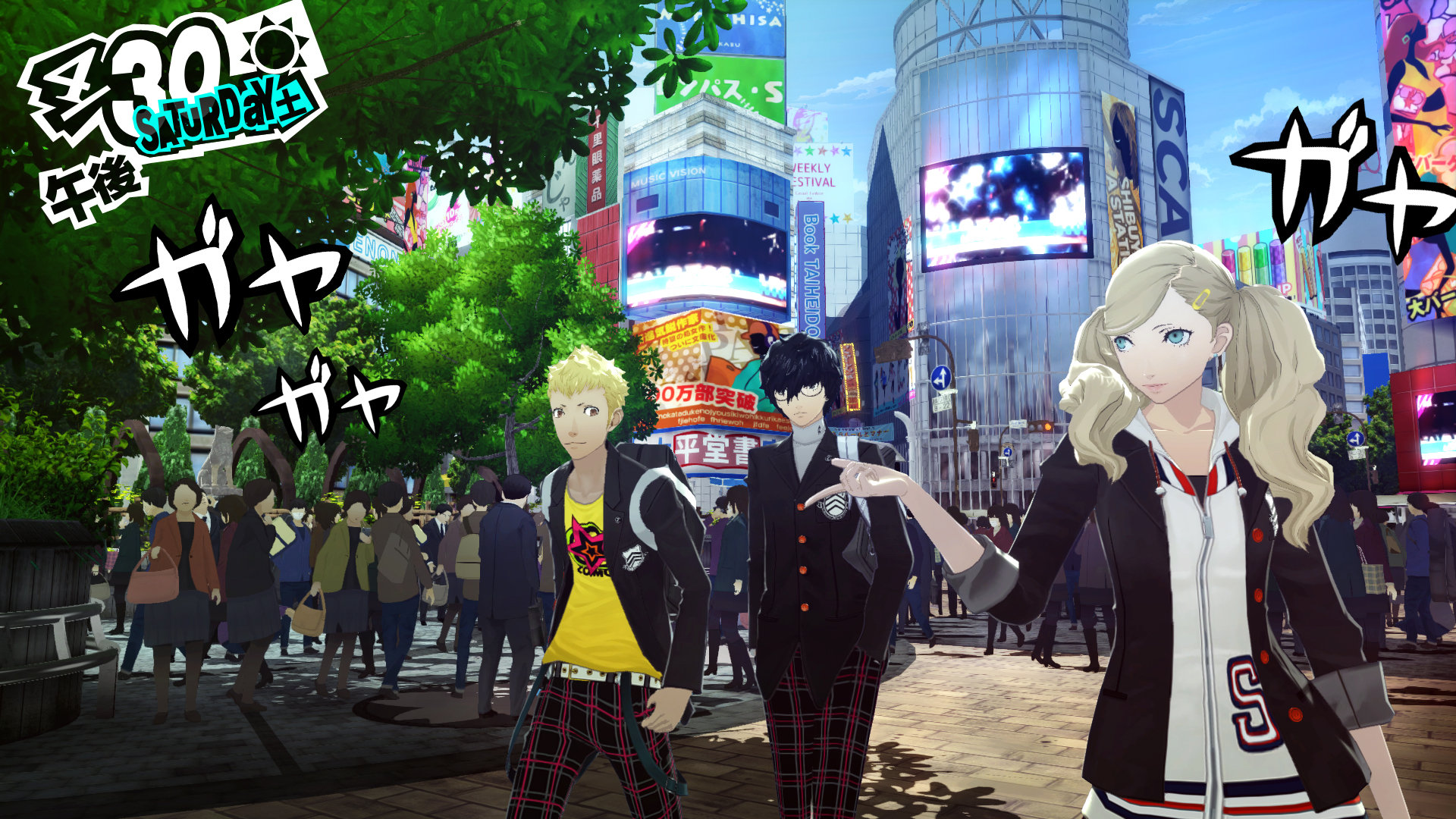 Lots of schools are shutting down. Persona 5’s is still open, full of people to cheer up and extracurricular activities to take your mind off things. You also occasionally go into nightmare dungeons and enlist demons to help you beat up evil adults. There’s a running joke that while a lot of people love Persona 5 and have played it for dozens of hours, most still have never beaten it. Eventually you just graduate and move on, looking back fondly on the time you and your friends did that bullshit you thought was really important instead of going to class because it made you feel super cool. Now’s your chance to go back and turn in all those homework assignments the dog ate. 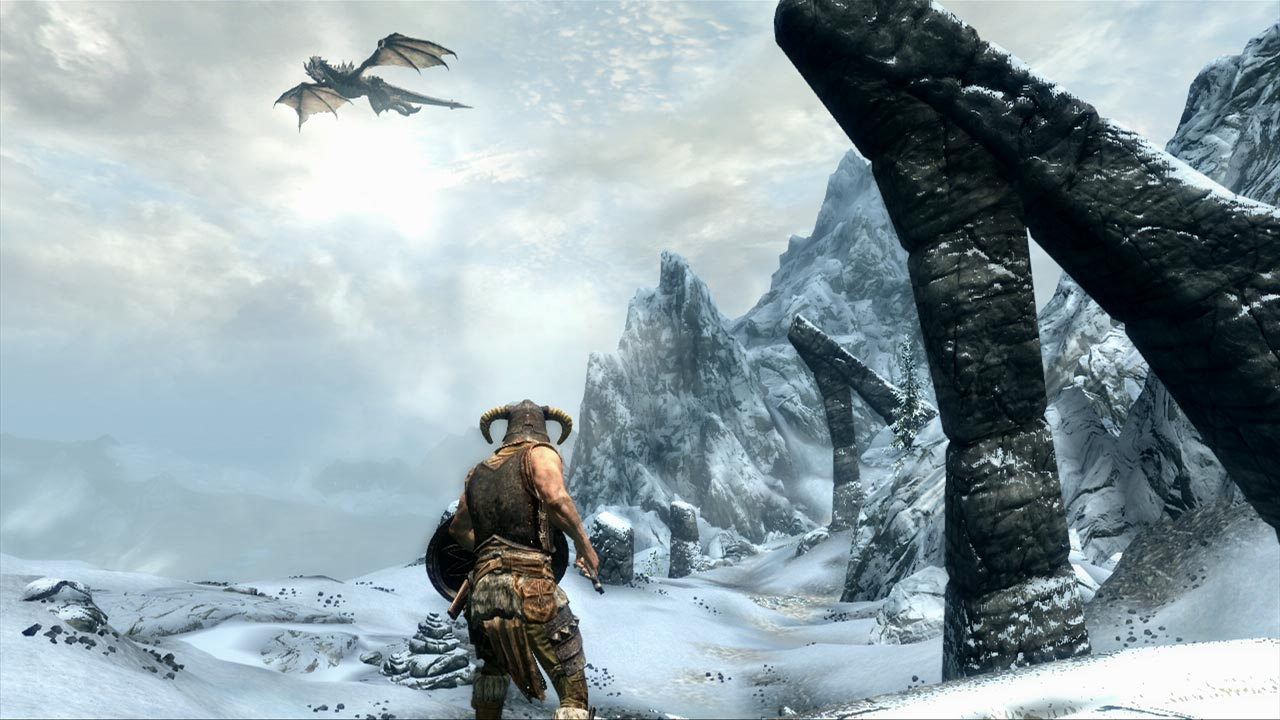 Skyrim is a sprawling, open-world RPG that exists on almost every gaming device and platform for a reason: All it takes is a few fire spells, sword swings, and dragon yells to transport you back to the land of Tamriel like you’d been born there. I don’t even like Bethesda’s RPGs that much and I still get a fuzzy feeling every time I trek through a dense forest or up a snowy mountain hunting for somebody else’s business to entangle myself in. You don’t even need to finish the game. You can just go buy a house and live there.