As the number of confirmed cases of covid-19 – the disease caused by the novel coronavirus strain – start to climb, many companies are urging employees to work from home. Even if you don’t find yourself in an official quarantine, health experts suggest one of the best things you can do to halt the illness is to practice social distancing. In other words: Cancel your unnecessary travel. Don’t attend crowded events. Work from home if you can. Limit your interaction with the outside world.

The silver lining here is that you can easily turn your lunch break into a gaming session. In fact, you could probably game while “calling in” to that weekly Monday meeting. (Note to editor: I would never do this.)

Still, in these trying times, there are some games you’d do well to steer clear of. That’s not to say they’re bad. In fact, many of them are terrific, but they might hit a little too close to home right now. In the name of self-care, I wouldn’t play any of the following for a little while. 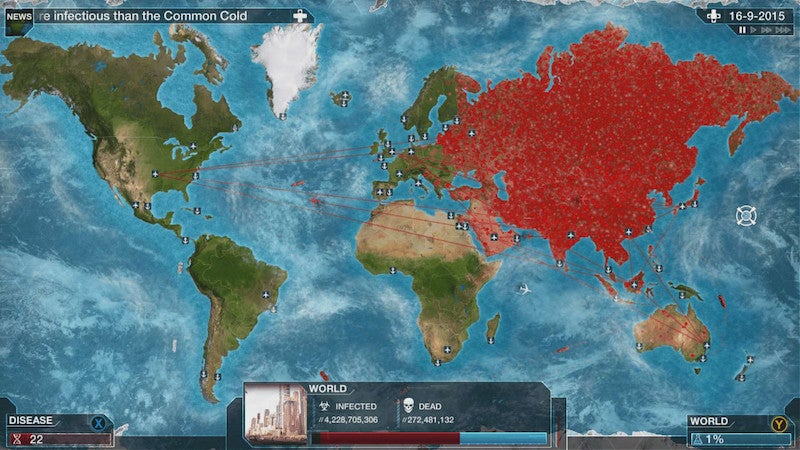 There’s just one goal in the 2012 strategy game Plague Inc.: create a disease that wipes out humanity. You select a pathogen type – there are multiple, including virus, bio-weapon, bacteria, and the zombie-like Necroa – and slowly evolve it. Over time, your pathogen becomes tougher and learns to adapt to various environments. Once all humans have been “successfully eliminated,” to use the game’s sociopathically sterile nomenclature, you win. Congrats?

According to the BBC, Plague Inc. topped January’s app charts in China, where the outbreak of covid-19 was quickly becoming a major public health problem. In February, the game was banned in the country. 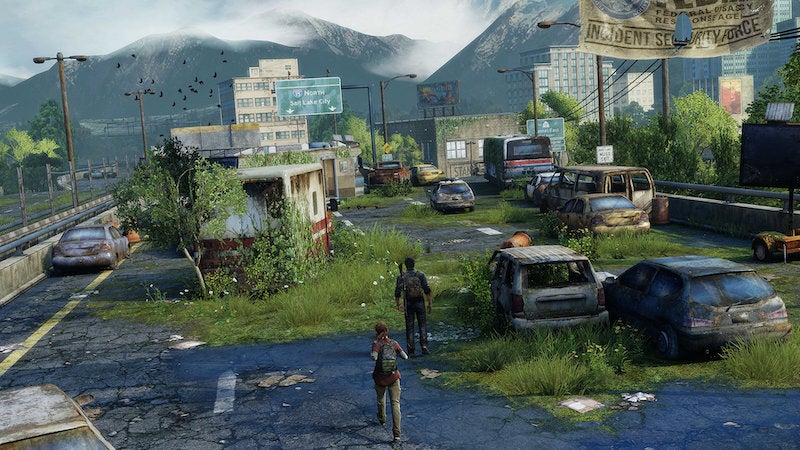 The Last of Us

Few pandemic-minded games are as viscerally tense as The Last of Us. Naughty Dog’s 2013 magnum opus is a true take on worst-case-scenario viral outbreaks. The infected creatures are mindless and terrifying, and so are the humans. If the NPCs of The Last of Us lived in our world, you bet they’d be the ones selfishly buying up all the toilet paper.

For those who suffer even mild anxiety, The Last of Us is not the game to play right now, especially because the cordyceps virus that causes the disaster is an actual virus that creates actual zombies. Sorry, Joel and Ellie. See you some other time. 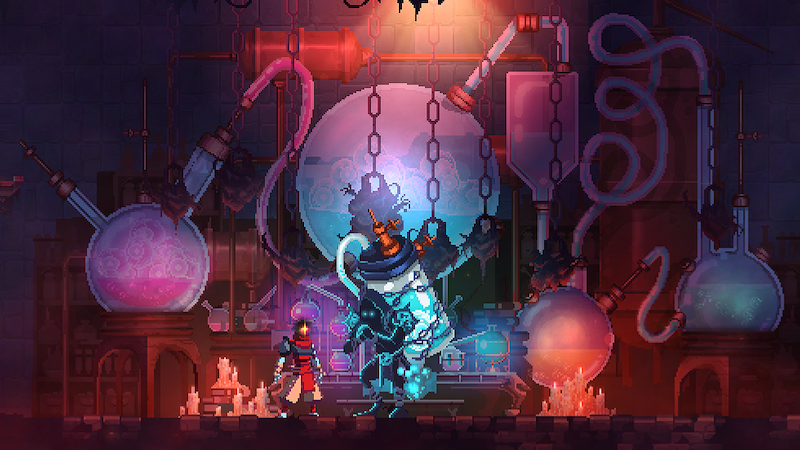 You might think of Dead Cells as nothing more than a simple 2D action-platformer. But at the core of Dead Cells’ story is a dangerously viral illness called The Malaise, which is the whole reason why the citizens of this medieval island have mysteriously either died, mutated, or been reincarnated as headless killing machines. Also known as The Plague, The Infection, or The Gloom, it causes everything from headaches and depression to blurry vision and projectile vomit-blood. Untreated, it’s fatal.

This narrative isn’t made clear in cutscenes or audio logs. But as you explore the deepest crannies of the island and read various Grimoire, a picture slowly comes together: The Malaise didn’t need to kill anyone. The situation could have been managed better. From a structural standpoint, more precautionary measures could have been taken to prevent wanton death. Instead, the King sat on his lofty throne and ordered the infected put to death. 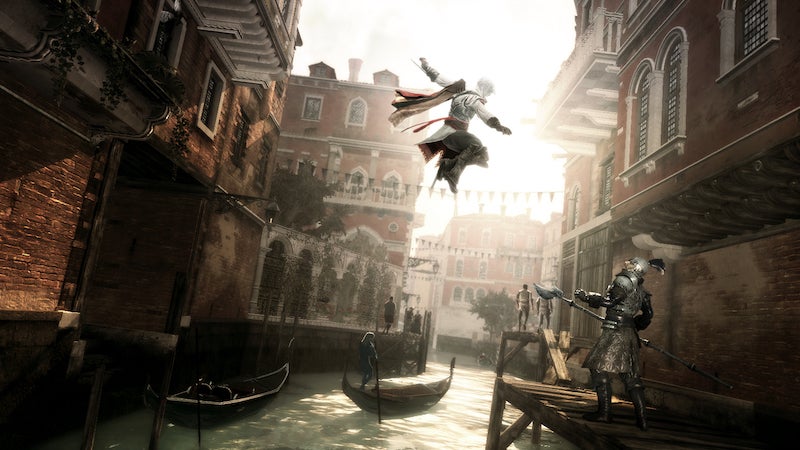 Ostensibly, Assassin’s Creed 2 is an action-adventure game in which you run around and do exactly what the title implies you should do. But Assassin’s Creed games feature thoroughly researched history, and the second game is no exception. Set in the Italian Renaissance, you play as Ezio Auditore. In the various Italian cities you visit, you’ll meet doctors, who are good in that they heal you – but bad in that they all wear terrifying masks.

Called medico della peste, these plague doctor costumes might be fun to wear for Halloween parties, but they’re a stark reminder of just how bad global pandemics can get. It was thought that medico della peste could protect the wearer from a plague called the Black Death, which devastated Europe a century before the Renaissance. Though experts still disagree on exact global death tolls, according to National Geographic, the Black Death killed an estimated 25 million people in Europe alone. 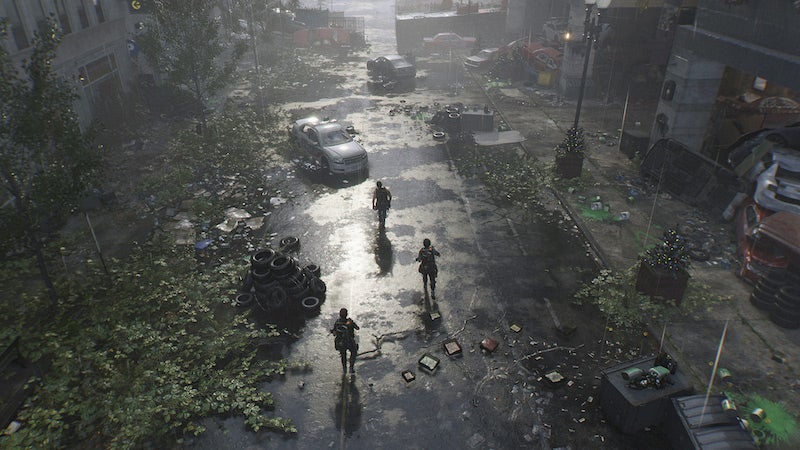 At the onset of The Division, a viral epidemic transmitted via a bio-weapon placed on dollar bills rips through New York City on Black Friday. All hell breaks loose and the city is quickly put under quarantine. The second game, which came out in 2019, is set in a swampier-than-usual Washington, DC. An expansion, Warlords of New York, which came out just a few weeks ago, sends players back to Manhattan. In all games, you play as an activated sleeper agent of the Strategic Homeland Division, which has the singular goal of restoring order to these disease-ravaged metropolises.

The thing about Division games is that they’re immaculately rendered. Residents of the real New York will spot the storefronts of trendy Chelsea whiskey bars. DC denizens will surely recognise the hip K Street coffee shops. Warlords of New York renders Lower Manhattan on a 1:1 scale in such granular detail you can instantly spot the facade of the John Wick hotel. Even Ice-T thinks playing The Division 2 right now feels “crazy.”

If you want to see what Manhattan or Capitol Hill look like during a global pandemic, sure, you could boot up a Division game. Or you could just go outside. 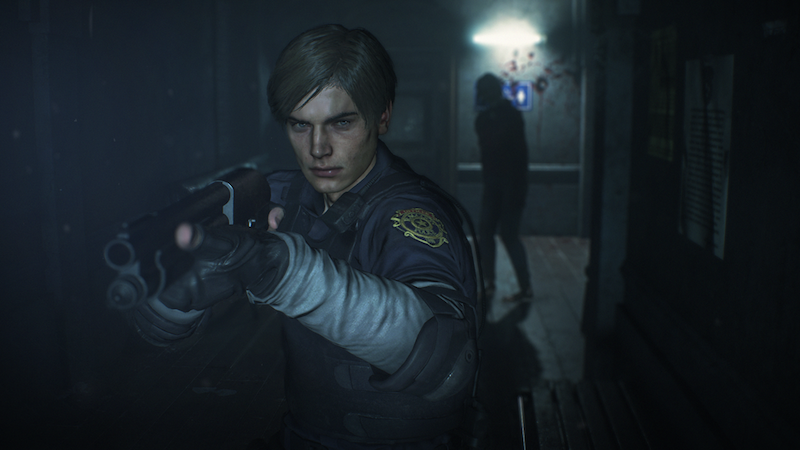 There are too many zombie games – especially Resident Evil games – to warn you away from, but last year’s Resident Evil 2 is a particularly bad choice right now. The remake of the notoriously terrifying 1998 horror game, managed an impressive tightrope walk of keeping the original’s tension while modernising the game mechanics. Unlike Resident Evils 5 or 6, Resident Evil 2 is not a bombastic action game. You’re more likely to find yourself in a claustrophobic room with a feral humanoid than in an explosive fight on a freight carrier. While we haven’t started biting each other (yet), the game’s unrivalled tension and photorealistic infected people might be too much right now. 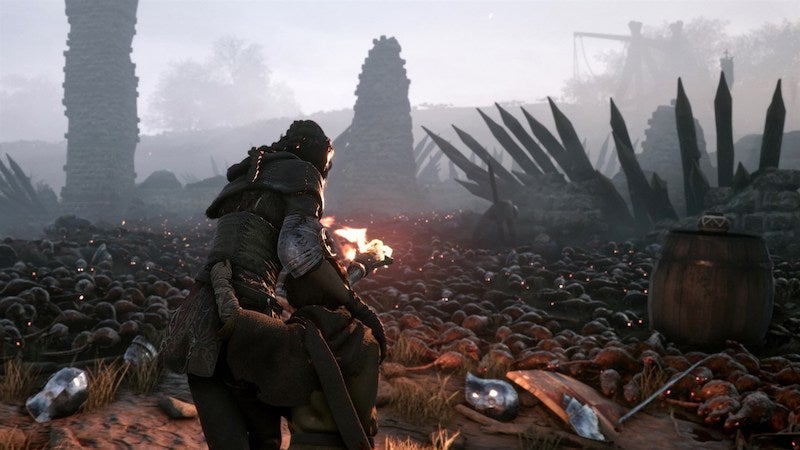 Why worry about rats on top of everything else?