How a Shovel Knight NPC Gets Made

The nuts and bolts of how games are made is often lost on players. Yacht Club Games published an excellent blog yesterday that shows what it takes to flesh out the world of Shovel Knight. Forget playable characters; even obscure NPCs go through a rigorous process of conceptualisation and design before being added to the game.

The Hengineer is an NPC designed for Shovel Knight’s fantastic King of Cards expansion. She is a hen engineer (heh) from whom the main character, King Knight, can buy abilities. Would it surprise you that she was originally a horse person? Would it further surprise you that most of the NPCs you see in Shovel Knight started out as horse people? The developers use equine sprites as placeholders while they figured out mechanical functions and final artwork.

The character that would become the Hengineer actually started out very different from her final design. The developers knew they wanted a bird merchant but weren’t quite sure how this NPC would ultimately interact with King Knight. Early concept art resulted in the dodo seen below, but Yacht Club ultimately moved away from magic and towards technology to fit with the game’s ubiquitous airship. 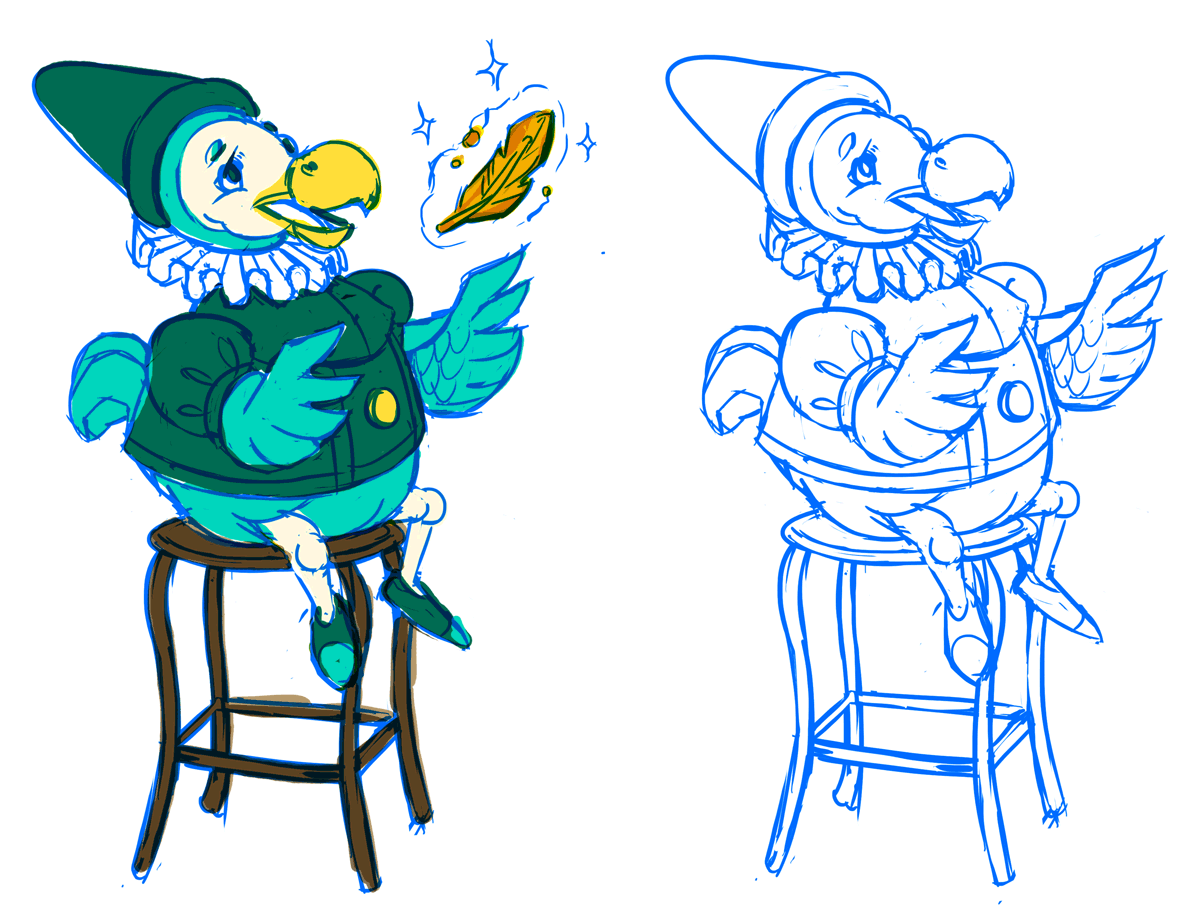 “We went back to our thematics and brainstormed who else might be aboard an airship – maybe crew members like an engineer or a navigator or a pilot,” the Yacht Club Games blog explained. “We looked back at old war posters for inspiration and authenticity as well. It seemed fitting that we egg-secute on giving the crew another fowl-weathered friend! We settled on the idea of a chicken with mechanical inclinations – a Hengineer! The idea of a tough hen in the engine room appealed to us.”

Again, this resulted in several concepts imagining the Hengineer in various roles on the airship. She was even supposed to have a couple of chick helpers at one point, but they didn’t end up making it into the game. The developers eventually settled on a wrench-wielding Rosie the Riveter-type and moved on to sprite work. 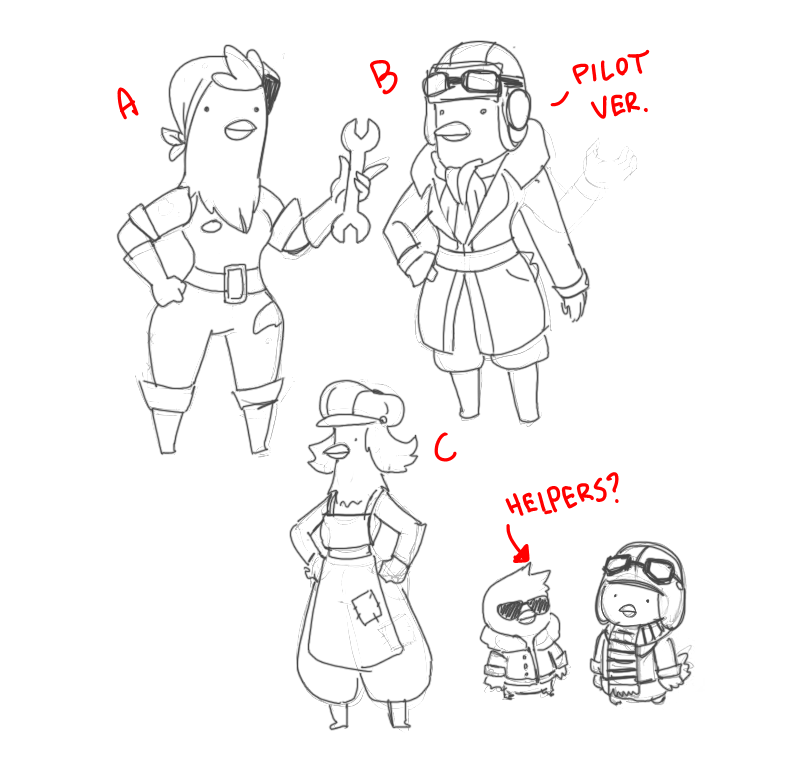 It’s no secret that Shovel Knight is largely inspired by old-school NES games, and Yacht Club tried to maintain the same aesthetic restrictions placed on developers in those days. Capcom, for instance, used just five colours to design the eponymous hero of the Mega Man franchise – and only got that high by overlaying multiple sprites to bypass console limitations – so the Shovel Knight devs do the same with their characters.

Next comes the idle pose. Yacht Club Games wanted the Hengineer to “convey her confident, hard-working, grease monkey personality” and went through several iterations to ensure her silhouette and overall attitude were solid. As with several of the sprites that made it into the final game, the Hengineer’s needed to be simplified to adhere to the developers’ internal guidelines and be easily understandable against the environment.

The blog also discusses how Yacht Club Games designed the Hengineer’s various animations and includes a variety of the time lapse GIFs like the one seen above for other NPCs in the game. Old-school sprites like this are quickly becoming a lost art, and it warms my old soul to see the Shovel Knight developers not only stick with the style but share details on its creation.