Today, Bungie improved the emblems Destiny 2 players use to express themselves to offer more customisation options, but in the process wiped out some of players’ most coveted stats.

Destiny 2 received a massive update today alongside the start of Season of the Worthy. It changed a lot of things, ranging from how the quest menu is organised to a fundamental overhaul of the way swords work. I’m still getting a feel for how the changes will affect the game going forward (most seem like great improvements). One change I noticed right away was something players have been wanting for a long time: the ability to turn emblem stat trackers off. If you just want to appreciate a hard-earned emblem’s beautiful art, free of numbers, you can now do that.

Bungie went even further though, allowing players to have emblems display a whole host of stats other than the ones they were originally designed for. The Victorious Veteran emblem, for example, can now display stats like how many Season Pass ranks you’ve earned or how many weekly void final blows you’ve had. Before, it could only show how many Guardians you’d killed in the Crucible. 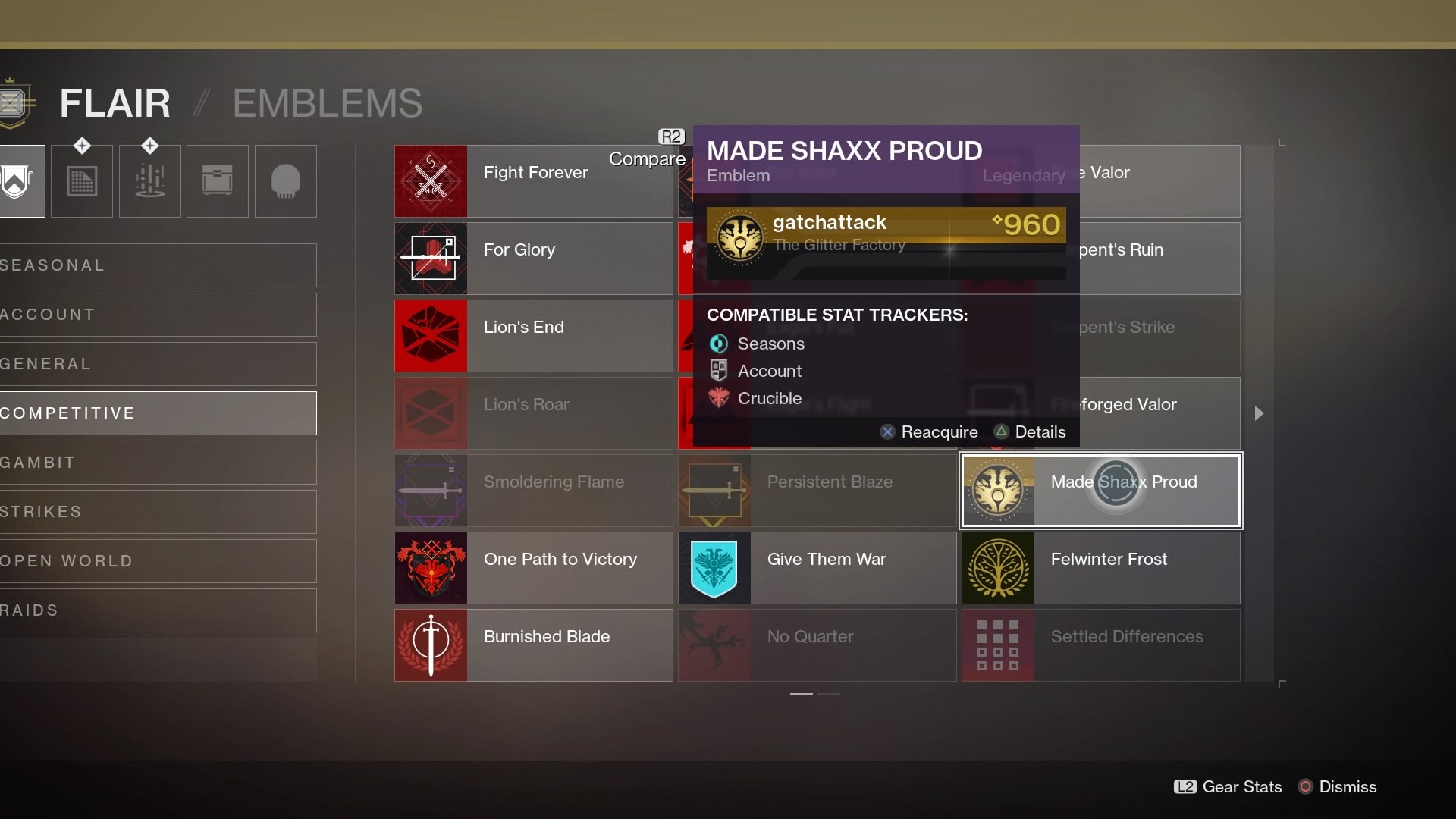 But not all of the stats that previously existed have been brought over to the new system. The Made Shaxx Proud emblem used to track how many gold medals players had earned in Crucible. Now it can’t track that stat at all, nor can any of the other emblems. Subclass specific stats are also gone, meaning emblems like Blade’s Blast no longer track Dawnblade kills.

“Apologies for the lack of heads up on this,” one of Bungie’s community managers wrote on the game’s subreddit in response to frustrated emblem owners. “The short of it – a few bones needed to break on Emblems in order to reset them for a brighter future. Some trackers couldn’t start at the beginning of your journey, but will be tracking from this day forward.” 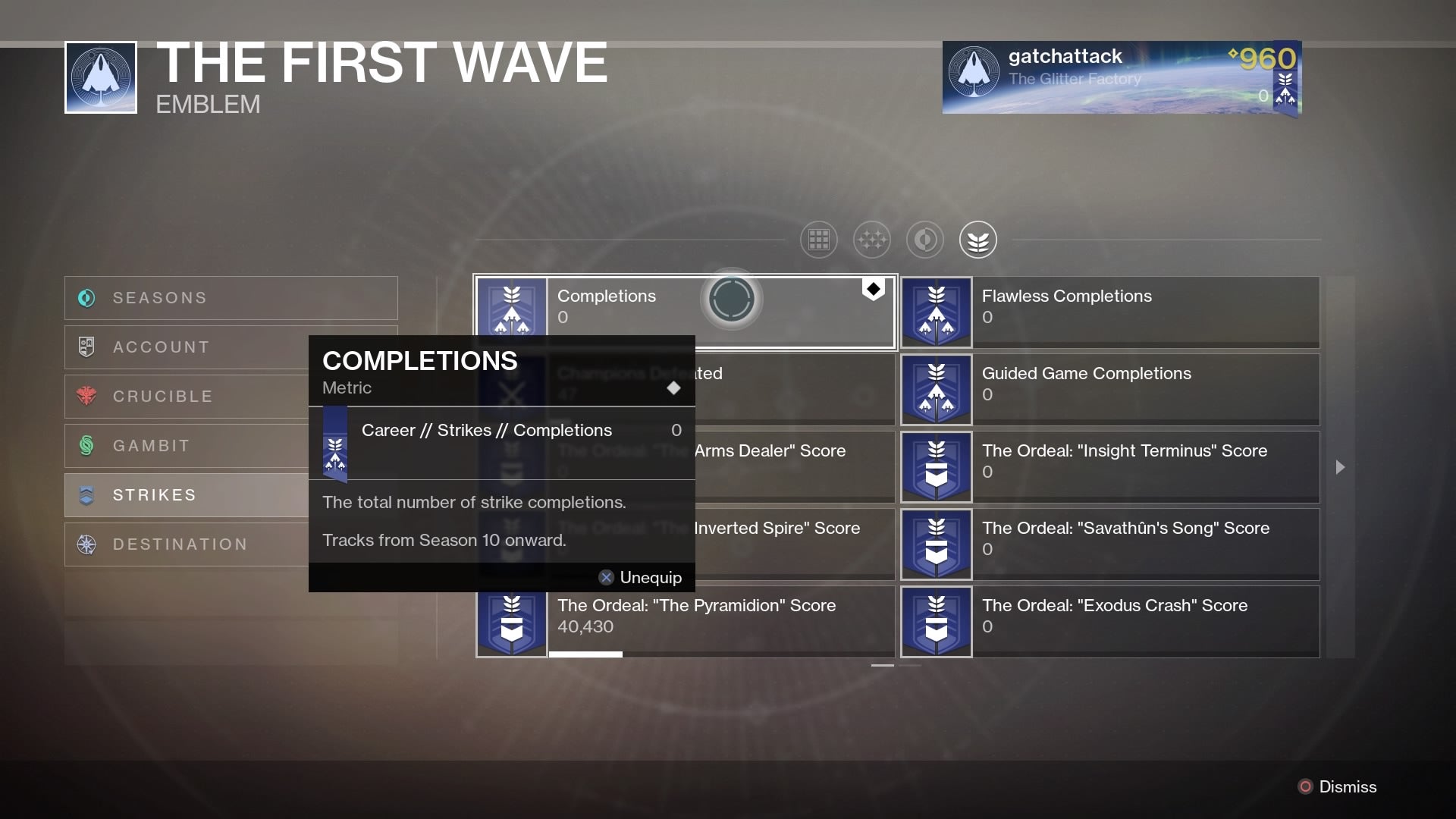 Last season’s Fractaline hoarders have been particularly hard hit. Players who took part in Destiny 2’s Empyrean Foundation event earlier this year were able to earn the Restorative Light emblem, which tracked how much Fractaline players had donated to the community-wide effort to restore the Lighthouse on Mercury. Some donated over 1,000,000 pieces, a monumental task that included in part pressing the button to donate over and over again for six hours each week. Those players no longer have any way of showcasing that to the rest of the community.

While it’s not clear if Bungie has a way to bring any of these stat trackers back, the game’s community managers have said they’ll be passing along players’ most requested emblem stats to the rest of the team.