Titan Masters is the name Hasbro gave its recent revival of the Headmasters Transformers toy line from the ‘80s. Headmasters were robots paired with either smaller robots or humans in robot suits, depending on the continuity, merging together to enhance the brain and brawn. Fortress Maximus, the largest Headmaster of them all, utilised the gimmick twice. His giant-sized head is a robot named Cerebros. Cerebros’ head is a robot named Emissary.

Here’s how that complicated relationship works out in the Transformers Trading Card Game. Fortress Maximus is a super-sized card with two sides. One side is his battlestation mode. The other is his robot mode. Note the robot mode lacks a head. 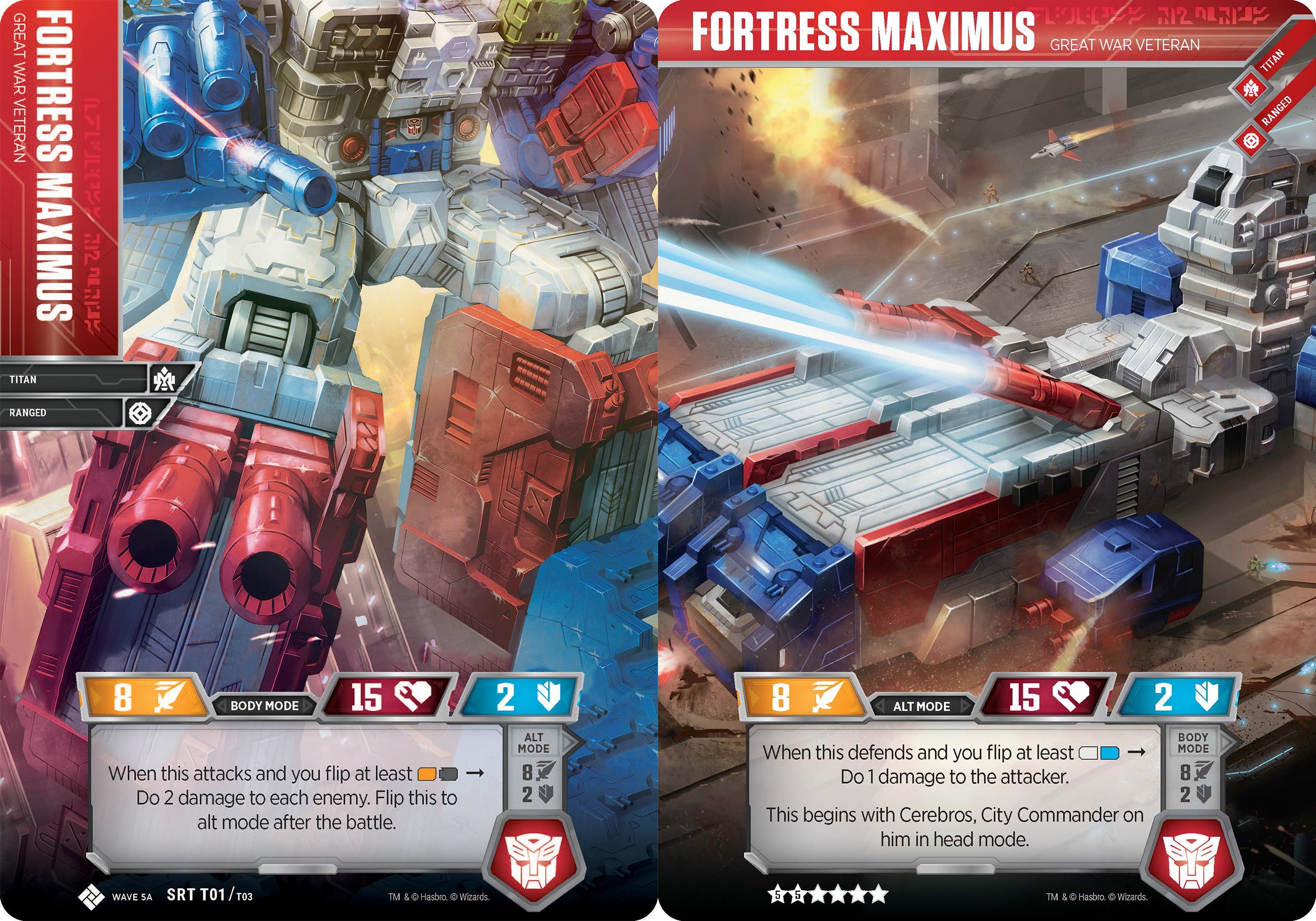 That’s because his head is a separate card. Cerebros in Head Mode perches atop Fort Max, looking imposing. When the player’s opponent destroys Fortress Maximus’ body, Cerebros is flipped into body mode. 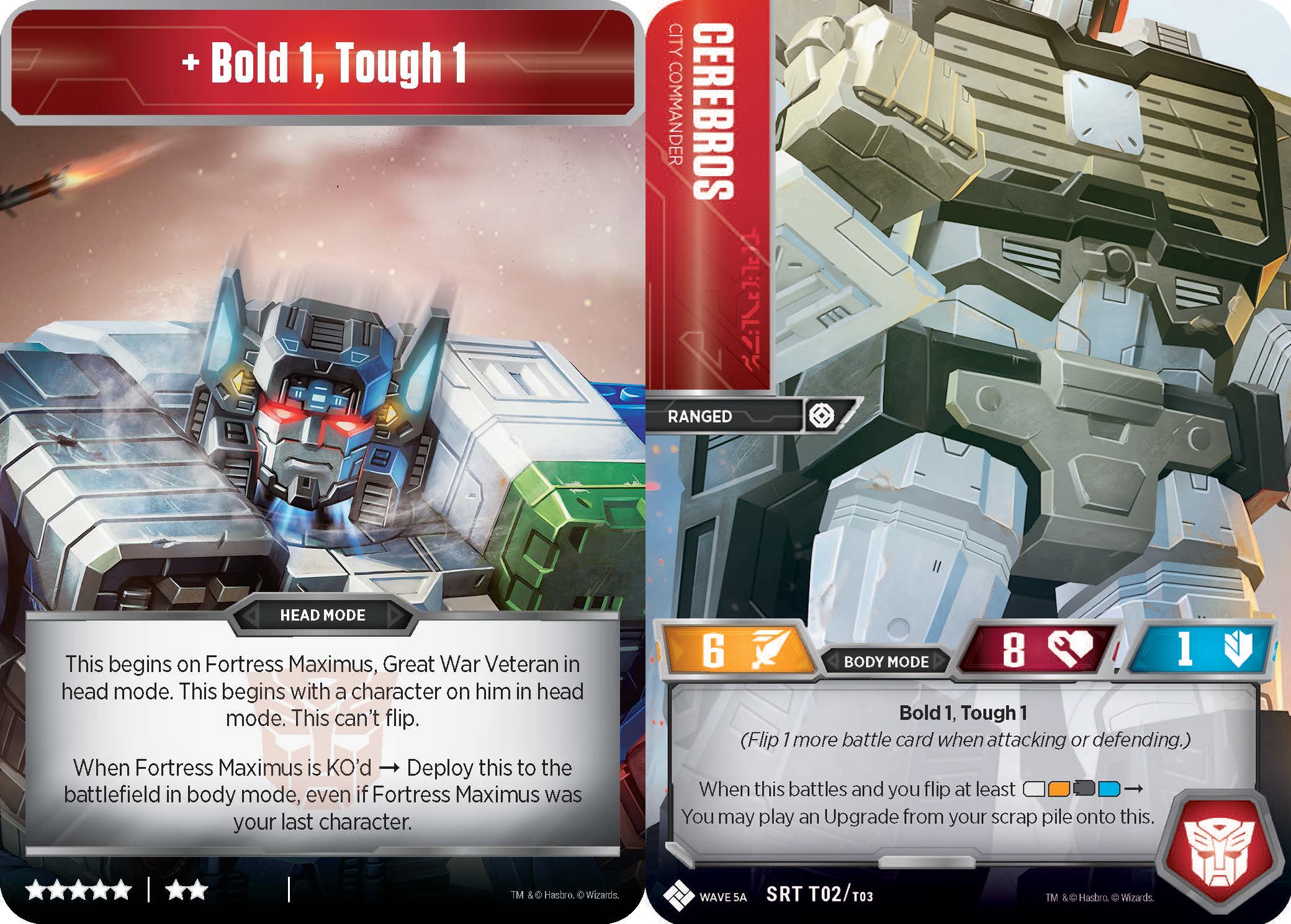 But wait, Cerebros in body mode has no head. That’s because his head is the Emissary card in head mode. Should Cerebros fall in battle, Emissary is flipped, and since he’s just a weak little Titan Master he is likely immediately destroyed by the player’s opponent. 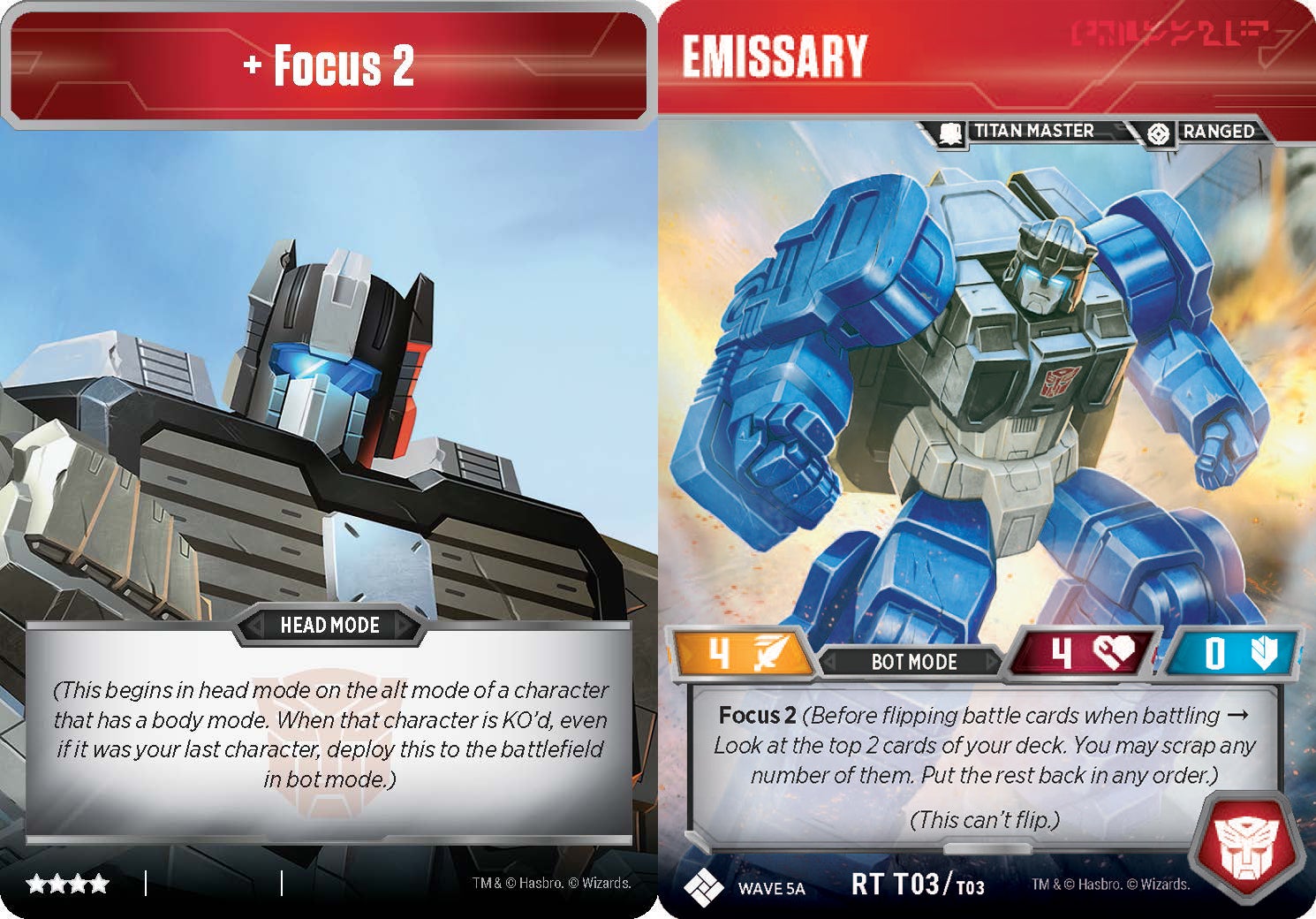 It’s a very cool way to implement the Titan Master/Headmaster concept in the popular trading card game. Players can use the canonical head and body pairs as they appear in the cartoons or toy line, or mix and match heads to mix up special abilities.

Every sealed “Titan Masters Attack” booster card box includes a special pack with Fortress Maximus, Cerebros, and Emissary, so be sure to either secure a box or seduce the local card game store clerk before the expansion drops on April 17.