Past presidents of the United States have appeared in video games more frequently than you might expect. And often, these appearances are strange or feel out of place.

Let’s look back at some of the weirder presidential video game cameos and appearances.

The main reason I made this list in the first place is because of this wild and incredible ending. Spoilers for The Conduit 2, but at the very end, the game closes with a cutscene showing Abe Lincoln and George Washington, wearing power armour, jumping out of a portal to lend your character a hand. I’ve never looked up the context of this and I never will. This is perfect as is. 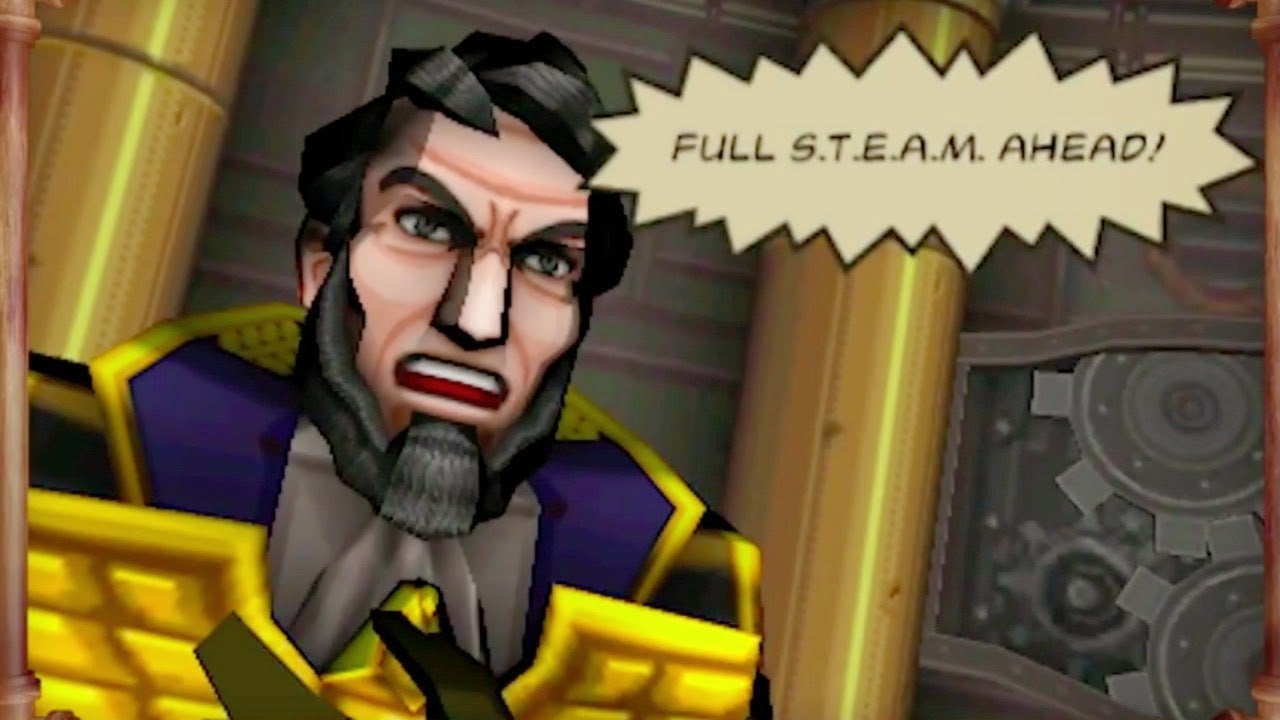 Old Abraham Lincoln shows up again in the Nintendo published Codename S.T.E.A.M, a turn-based steampunk game where Lincoln leads the good guys against an alien invasion. In this game he is voiced by Wil Wheaton, you know, that annoying kid from Star Trek The Next Generation. (He’s also done a lot of other stuff since then, but when you get a chance to insult Wesley, you take it.) 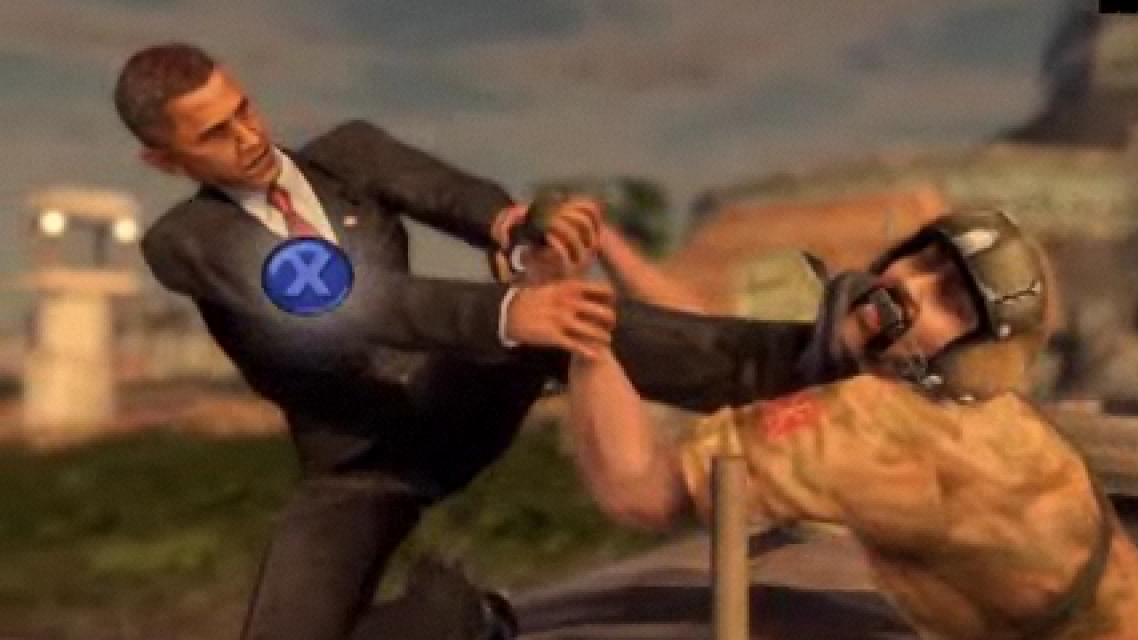 Technically, when Barack Obama appeared in Mercenaries 2 via a small, cheap DLC, he was only a candidate and had yet to win the American presidency. But, we all know history and Obama did go on to win, which means it was possible to play Mercs 2 as a sitting US president for the eight years Obama was in office. Actually, no it wasn’t. This DLC only lets you play as Obama in a handful of special missions.

John F. Kennedy, the 35th president of the United States, appears in the single-player campaign of Black Ops. Which is fine and all. But his better and weirder appearance happens in the game’s zombies mode. The intro video shows JFK, Castro, and Nixon at a table in the Pentagon. Suddenly, zombies attack! Also, Nixon would later become president himself, so this is a presidential double whammy. (Also I will always laugh at the way Nixon loses his shit when hears something in the other room.)

It might be an NBA Jam tradition to include some political superstars in the game. But it is still very odd to see George Bush dunking. It’s really weirder to see Cheney running, dunking, or anything involving physical exertion. And Joe Biden is in NBA Jam 2010 and depending on how the Democratic primaries shake out, we could have three presidents in this one game.

Adding a president to a boxing game seems strange...and that’s the end of that thought. I don’t think there is any way to make this not feel weird or out of place. Funny? Sure. But still strange. Clinton in the game is referred to as Mr President and is from DC. He also has a solid jab. Watch out folks, POTUS is Ready To Rumble. 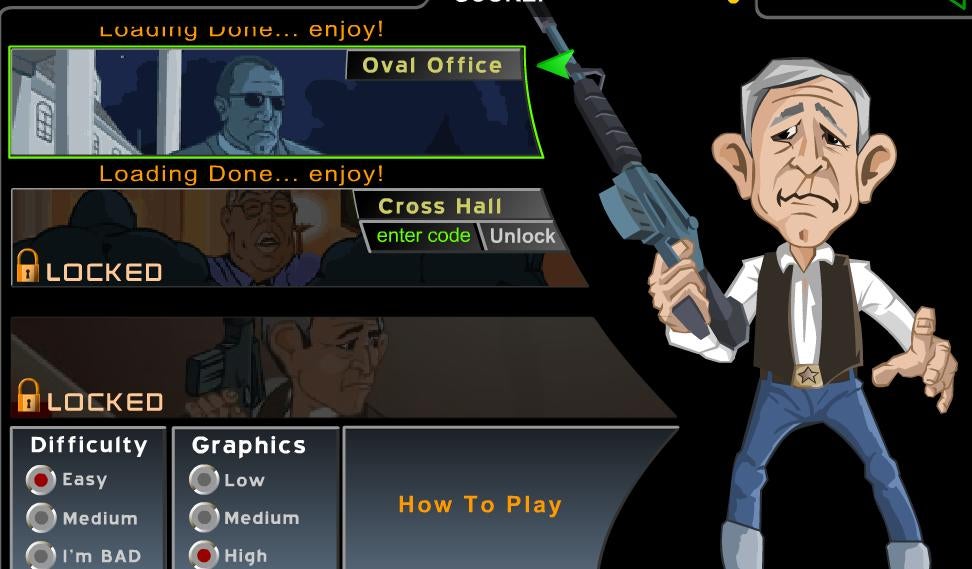 If you played games on Miniclip.com back in the early 2000s, you already know about this game. It was one of the most popular games on the site back in the day and you can actually still play it. You will have to enable Flash to play it in your browser, but it works. (Until Flash is killed completely at the end of 2020.) The actual game is a simple point and click shooter with some decent art. One nice touch: You can shoot out lightbulbs and make rooms darker. A lot of big games in 2020 STILL don’t let you do that.

These aren’t the only examples of real-life presidents who have appeared in video games. But when they show up in historical games, where it makes more sense for them to appear, it isn’t as weird or funny to me.

If you want to read more about fictional and real presidential cameos, check out this older Kotaku US post.