Why the Heck is Mew Hanging Out With Professor Oak

It’s fitting that Pokémon Masters, DeNA’s mobile take on the ever-popular series, used Valentine’s Day to introduce some of my earliest loves: Professor Oak and Mew. The sync pair is currently free for every player who logs into the game until March 15.

Pokémon Masters marks the first time Professor Oak himself has stepped into the ring to battle. He first appears in the mobile game with the Nidorino that’s often by his side during introductions in the main series, but after a short adventure, the legendary Mew decides to tag along and be his partner instead.

Mew is notoriously fickle, so it’s surprising to see it gladly join Professor Oak for some three-on-three battling. But I guess it was going to take something monumental to get the normally docile professor interested in the tournament that acts as the crux of the Pokémon Masters storyline.

Although the player is there to see Professor Oak and Mew team up, it’s never really explained why a god-like Pokémon would lower itself to travelling with some researcher. Maybe it just really likes those chalky conversation heart candies. 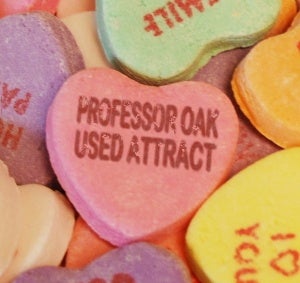 One can never really know with Mew.