The world of video games should be one without limits. Sadly, this is often not the case. As a lifelong gamer who also happens to have cerebral palsy, my own experiences with video games have been both helped and hindered by their mechanics.

Cerebral palsy manifests itself differently in every person who is diagnosed with it. Some of us can walk unassisted, while others need devices like walkers or crutches. Some of us can walk part of the time, but use wheelchairs for certain situations. Some of us can’t walk at all. Some of us have seizures (which vary in severity), impaired vision or hearing, or difficulty speaking. Adaptive gear, like the Xbox Adaptive Controller, can be helpful for some disabled gamers. However, since I can still use a traditional controller configuration, such modifications aren’t necessary for me. This, too, illustrates how cerebral palsy varies from person to person.

Now that you know a bit more about cerebral palsy, imagine, for a moment, having a brain that processes stimuli more slowly than the average person’s. Picture a five-second delay between deciding you want to do something and actually doing it.

Even games that you’d think would be easy for players with slower reaction times can present unforeseen issues.

Imagine using that same brain to play a video game. Depending on the nature of the game, this might be a fairly straightforward task. Or, as is often the case for me, it might turn out to range from complicated to borderline impossible.

I got my first video game when I was seven years old and had been watching the Pokémon anime with the kind of dedication only children can muster. I was gifted a pink Game Boy Advance, Pokémon Yellow, and Super Mario Advance. I sped through Pokémon Yellow, but never finished Super Mario Advance because I found that it had too many timed jumps. I still struggle with platformers for this reason.

Despite my best efforts, I cannot do anything that requires quick physical movement. Because of my brain injury I respond to on-screen stimuli more slowly than most players. This is particularly noticeable in racing games like Mario Kart, where making quick turns is sometimes impossible, or shooting games like Fortnite, where slow reaction times detract from my ability to survive without help from other players.

Even games that you’d think would be easy for players with slower reaction times can present unforeseen issues. I haven’t finished the adventure game Beyond: Two Souls because its quick-time sequences are basically impossible for me to perform. I still enjoy these games, but I definitely don’t experience them in the same way as non-disabled players.

That’s not to say that my attempts to play video games have all been an uphill battle. Many games, like Fallout 4, include certain mechanics that make the titles more accessible to me. Pokémon, for instance, is geared towards children. It is generally fairly easy to figure out how to progress to the next part of the story. This, I think, highlights the importance of considering different forms of accessibility as it relates to game design. 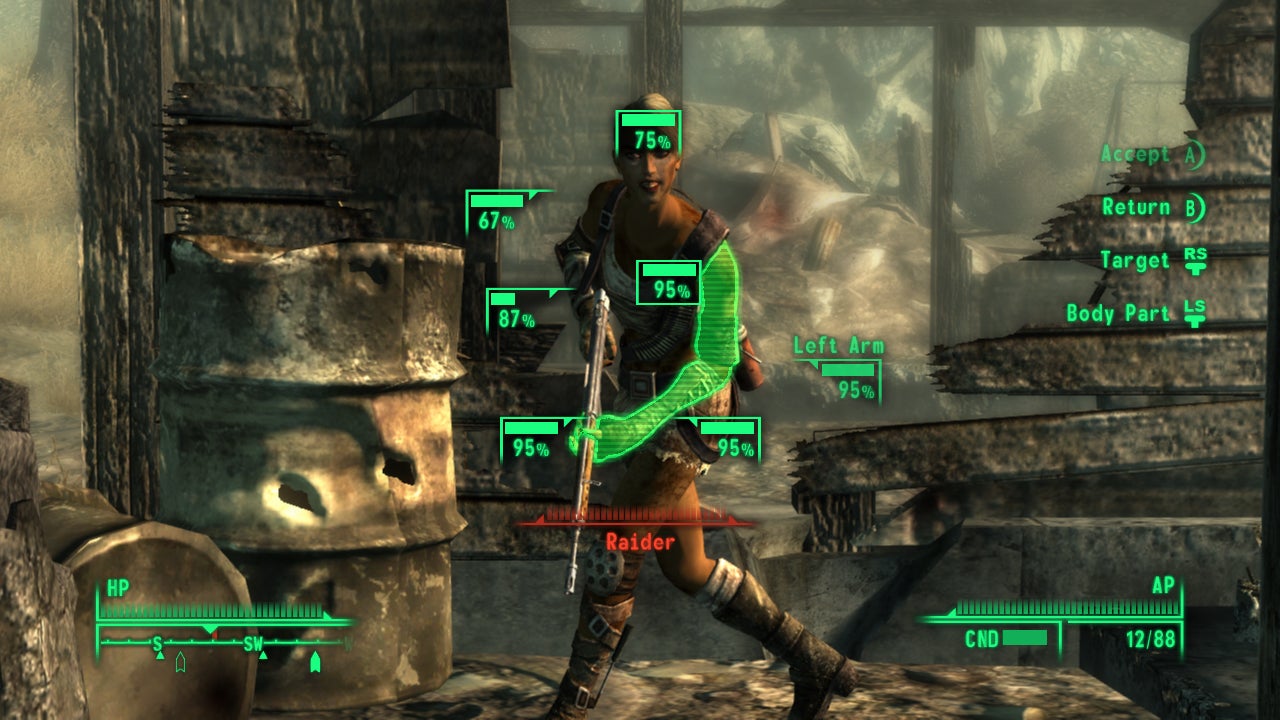 Currently, one of my favourite games is Fallout 4. My able-bodied, neurotypical sister adores Skyrim. Both are massive open-world role-playing games developed by Bethesda. But there’s a big difference that matters quite a bit to me.

In Fallout 4, as in previous games 3 and New Vegas, the player can access automated combat mechanics. Using the VATS system lets players target specific body parts on an enemy. That’s something I can’t quite do on my own, since having cerebral palsy means my accuracy is on par with that of a creature that lacks opposable thumbs.

Additionally, the ability to slow down time with VATS gives me extra time to make decisions that isn’t possible with real-time combat. Bethesda may not have intended VATS as an accessibility feature, but its inclusion is what enabled me to really have fun with a game involving shooting for the first time in my life.

Can I play Skyrim? Sure, if I want to be totally drained afterwards.

Sadly, it’s the lack of something like VATS that renders Bethesda’s other flagship series, The Elder Scrolls, almost unplayable for me. In addition to my general issues with accuracy and timing, the movement in my hands is just slightly impaired. Spasticity has left my muscles stiff enough that simultaneously manipulating a joystick, pressing buttons on the front of a controller, and pressing buttons on the back of a controller is borderline impossible.

This is not to say I haven’t tried to play Skyrim. I love its lore and the variety of places to visit in its gorgeous open world. But I can’t tell you the number of times I have gone to shoot a fireball at an enemy and accidentally hit an NPC instead, simply because the positioning of the game camera was just slightly off.

My Skyrim play sessions are generally only about 30 minutes long. Afterwards, I find that I am exhausted for at least a few hours, so if I choose to sit down and attempt to play Skyrim, then that is effectively the only game I’ll be playing that day. Can I play it? Sure, if I want to be totally drained afterwards. Is it as fun for me as the Fallout series? Not by a long shot. 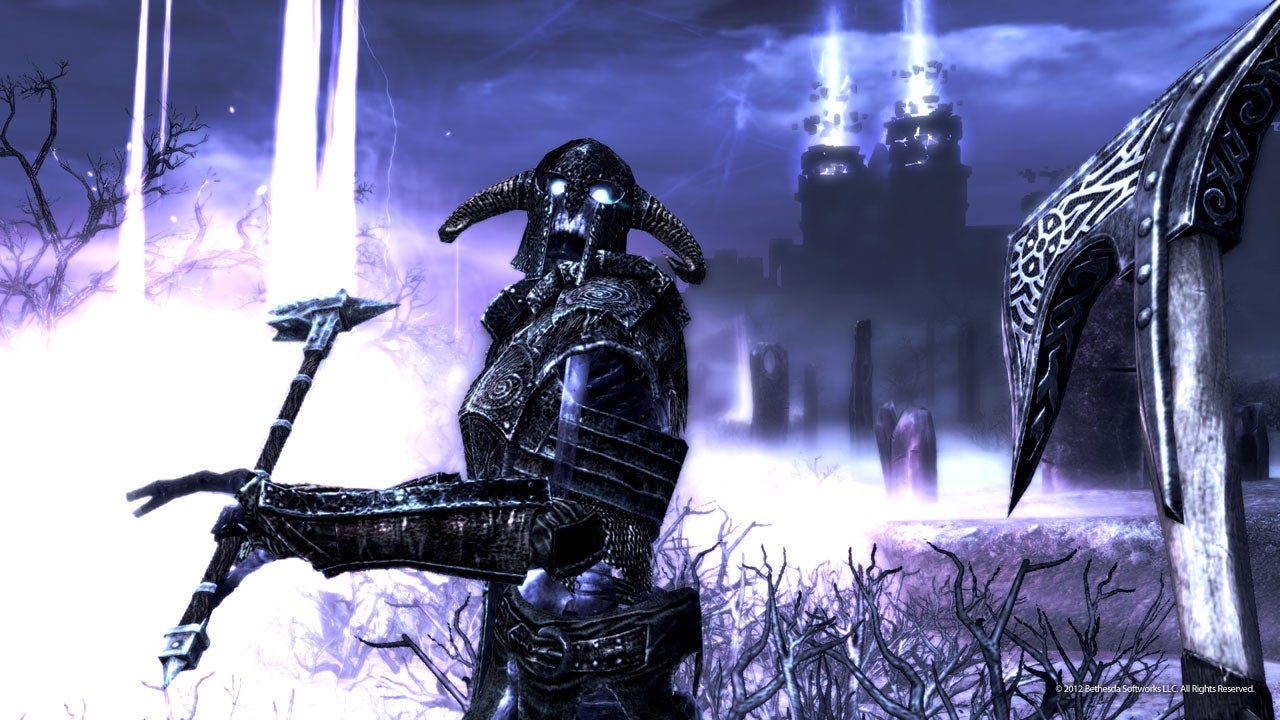 Accessibility isn’t just physical, though. Cognitive accessibility – which in the context of gaming I would define as understanding how to play a game – can also present a barrier. In addition to cerebral palsy, I also have a learning disability that impacts mathematical ability and spatial processing. To return to my earlier Fallout 4 example, I still have not been able to finish its Far Harbor DLC because DiMA’s Best Left Forgotten quest contains puzzles that are impossible for me to solve, even with a walkthrough. Some games also present issues to players with sensory sensitivity; flashing lights or sudden noises, for example, might make playing a game harder for someone.

I don’t think games should never include these mechanics or features simply because they might have a negative impact on disabled players. I understand that certain elements are important to a game’s narrative and the creative vision of the developers. However, I would encourage developers to consider accessibility when designing their games. Think about physical impairments, cognitive impairments, sensory impairments. How might players with these challenges be negatively or positively impacted by gameplay mechanics?

Or better yet, recruit disabled players to test games and ask them what they think of the mechanics. By doing so, developers can play a role in making gaming more enjoyable for everyone.

Jane Humen is a writer from Washington state. Find her on Twitter @JaneHumen.