I was wrong about the Terminator truck that recently popped up as a reward in Ghost Recon Breakpoint.

The RT-5 Shepherd Mk. II was the ultimate reward for grinding through a batch of Terminator missions that were added to the big Ubisoft game a couple of weeks ago. Most of those missions, and the rewards players could earn from them, have since been removed from the game.

When I started playing the Terminator missions earlier this month, I did so because I was amused and curious. I played some of them and left amused and satisfied. Solid little Terminator event you just incongruously tossed into my Ghost Recon game, Ubisoft.

After playing the event’s biggest missions and sampling what I thought was enough of its smaller daily missions, I was ready to move on to other things. I didn’t mind that I’d fallen far short of playing enough to earn that truck. The RT-5’s item description hadn’t even seemed worthy of it being some sort of ultimate unlock: “The RT-5 Shepherd is a robust transport vehicle with large cargo capacity that is used to carry equipment across the island.” Who needed it? 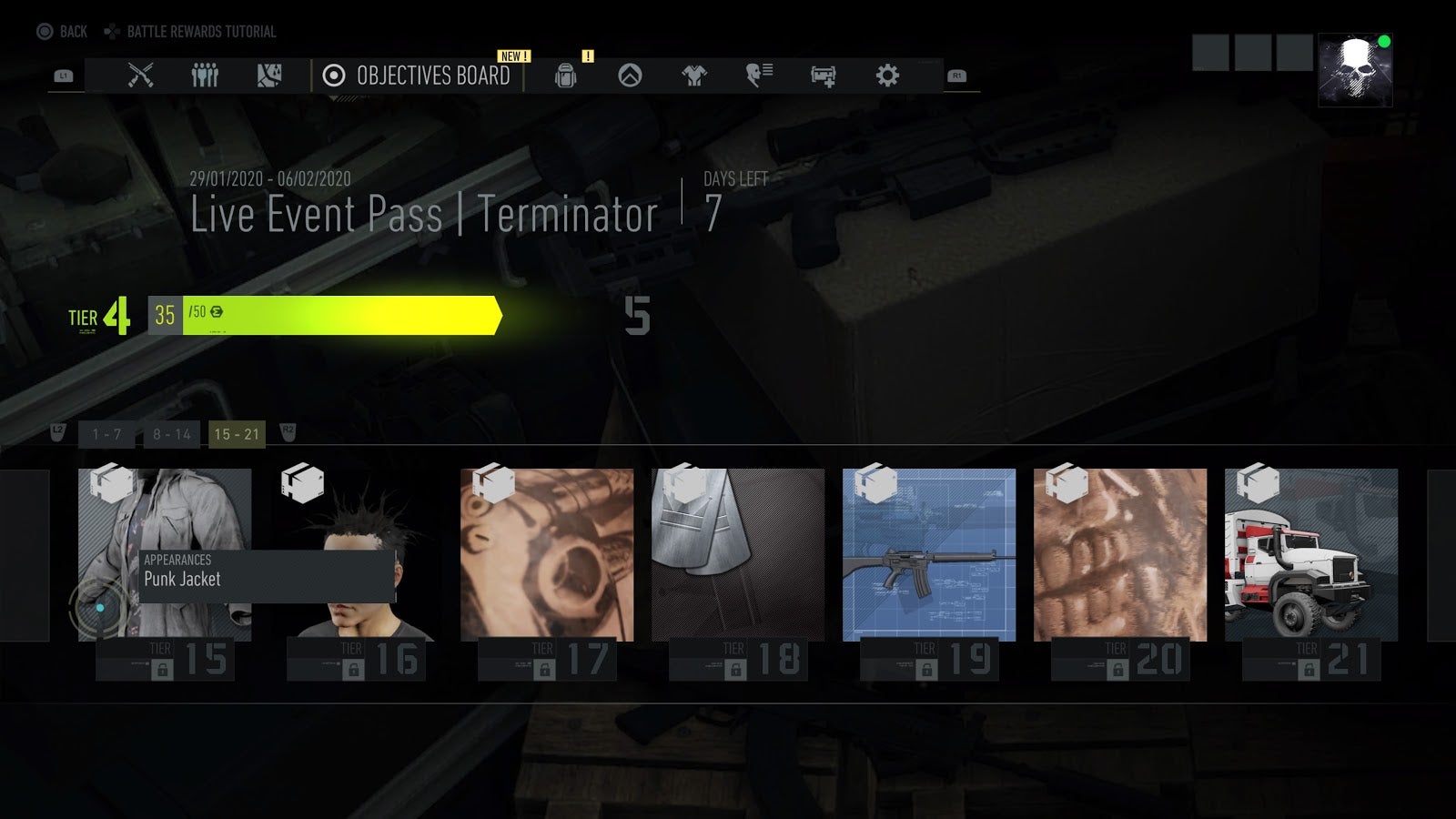 The big-budget video games many of us play these days are full of reward schedules, all designed to keep us playing continuously, in the hope we’ll eventually decide to buy more things in these games. Listen to gaming CEOs talk to investors during quarterly earnings calls, and you’ll hear them boast about how many more hours of playing time they’re getting from each of their customers. They want us to keep playing, and their games are designed to give us ever more reason to do so. That truck was part of the now-common schedule of rewards popularise by Fortnite. As you play, you earn points that fill a bar that gradually unlocks one tiered reward after another. Play more and the next reward awaits.

Instead of succumbing to this reward system, I instead embraced the sweet rush of resistance against predatory capitalism during that Terminator event. I looked at that truck’s icon and thought, no, I don’t need that truck. Look at me, the rebel, the lover of pure gameplay for gameplay’s sake, the escapee from the Skinner box and the enlightened gamer whose money and time are not a corporation’s to control.

Then, with just a day to go before most of the Terminator missions would go away and the rewards for the event would no longer be available, I checked Ghost Recon Breakpoint’s subreddit, and there I saw a fateful thread: “Destroyed a Behemoth in 40 seconds in the new Terminator Truck”.

But how? Wasn’t it just some nondescript truck? What’d they do, drive it into a Behemoth tank at a high rate of speed?

The truck had a big gun in it! That truck was no joke. It was a bona fide tier 21 reward. Given how often players talk about the branding debacle of Ghost Recon Breakpoint, the Reddit thread quickly filled with grumbling about what in the world had happened to a franchise once known for serious, tactical, stealth action rather than transforming Terminator trucks taking down tanks. Ah, but the transforming truck looked cool!

Here’s the problem. I was nearly out of time.

I discovered this truck’s true nature on Wednesday, February 5. The Terminator event was scheduled to end on February 6. The truck was the event’s tier 21 reward. I had only earned enough event points to reach tier 13. The only missions still offering event points were daily missions, two of which I had available to me on the 5th. I figured the game would offer me two more daily missions on the 6th and then I’d be out of time. Could I earn enough points before the end of the Terminator event?

I dove into a mission called For The Resistance which sent me to a small cluster of buildings where a Terminator was stalking around. I shot him a lot, finished him off with a special anti-Terminator gun and earned 100 event points. Good news: I hit event level 14 (new reward!) and event level 15, too (another reward). I needed 65 more points to hit level 16 and still had a mission called Cybernetic Survivors ahead of me.

I cleared Cybernetic Survivors, and I earned 100 more points. Up to level 17 I went, unlocking a robot arm tattoo for my character’s right arm. I was getting close, but I was out of daily missions with one day to go.

On the 6th, I loaded my game and was greeted with two more daily missions. I cleared them, reaching level 18 and level 19. And that was it. I had fallen short. No truck for me. If my calculations are correct, I would have only needed one more daily mission, maybe two, to unlock that truck. I needed to have played the event’s daily missions one more day in the previous week, or I needed the event to stretch for another 24 hours. No luck. No time to spare. I had failed to play the event on Ubisoft’s suggested schedule. 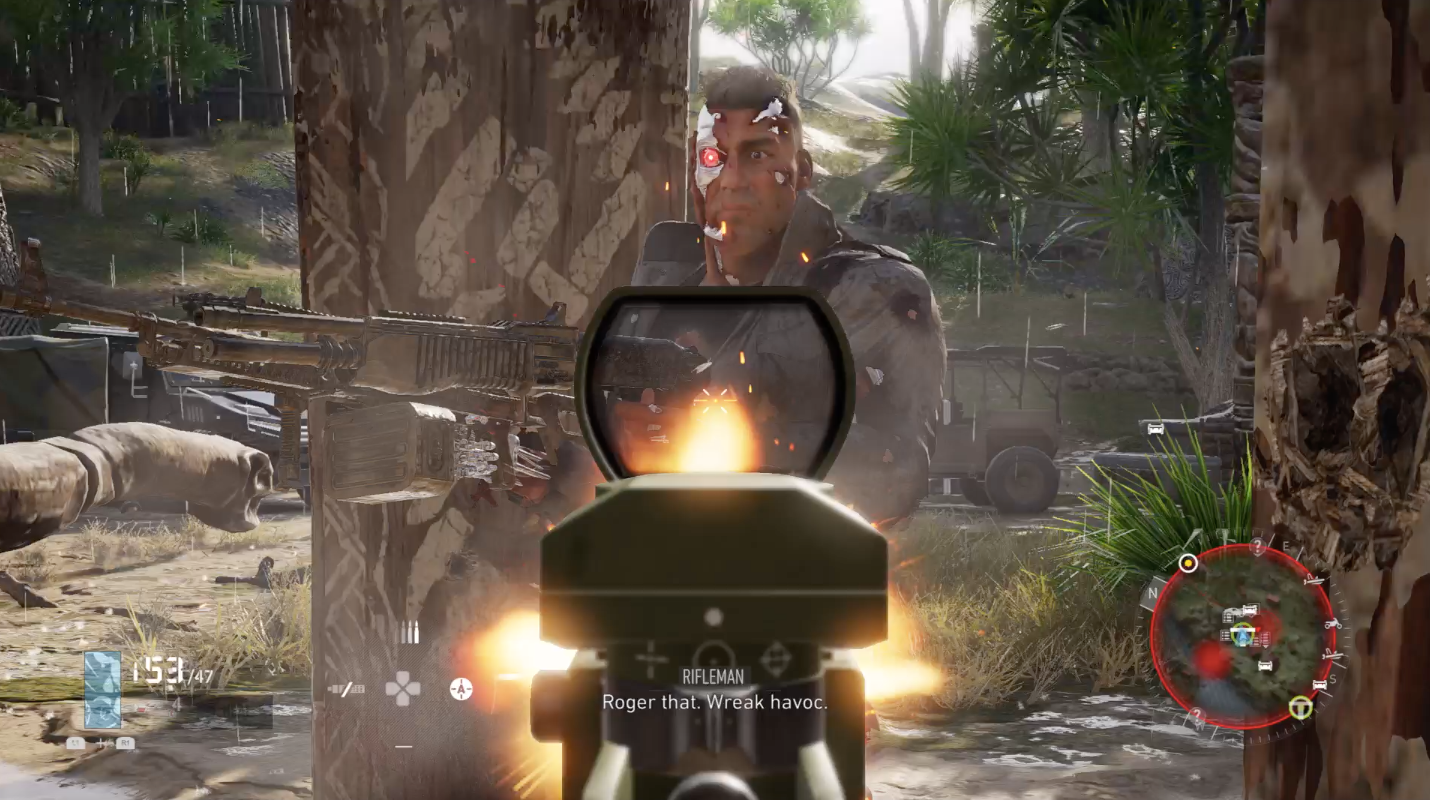 This pressure to play and this stress of not playing enough to unlock a reward is a lot of what gaming is now. It’s a contest of wills and a test of players’ ability to resist the lure of a dangled carrot. I have been keeping up with the notorious Breakpoint because, despite or because of its forest of flaws, I sensed it would still be an interesting game to play and about which to write. In that regard, I was playing for pleasure, for my curiosity, for my own interest in experiencing a video game. The tension of a scheduled reward system is that it pulls me into playing a game for the interests of its publisher, for the needs of a business model, for the sake of some curve on some chart that surely exists somewhere that says that the more I play, the more likely I will be to spend.

We can hardly escape this when we play games these days, but the more we experience it, the more we’ll learn about ourselves, about how much we value our time, how much time and money we want to spend on the games we play and how well we can resist the Terminator trucks dangled in front of us, even if we find out they transform.