Your mission in Tales From Off-Peak City Vol.1 is simple: find and steal a precious saxophone from a pizza shop owner. It’s an undercover mission where you’ll masquerade as an assistant in the pizzeria. But something’s wrong. Everyone in the town is a little “off,” your boss is suddenly rushed off and gives you ownership of the pizzeria, and there’s terrifying secrets in every flat.

Tales From Off-Peak City Vol.1 sprang from the mind of Cosmo D, creator of Off-Peak and the twisty adventure game The Norwood Suite. It is a cocktail of Brechtian alienation and David Lynch oddness. Those aren’t comparisons I make lightly. Cosmo D’s work offers some of the only real analogues in games. It’s that pervasive sense that reality comprises various realms and we’re only ever seeing what’s on top of the metaphysical layer cake: twisting hallways, people who aren’t quite human. Tales From Off-Peak City Vol.1 is odd, to say the least. From talking buildings to hidden fridges containing “synthetic grey matter,” the world always has surprises and they’re always uncomfortable. 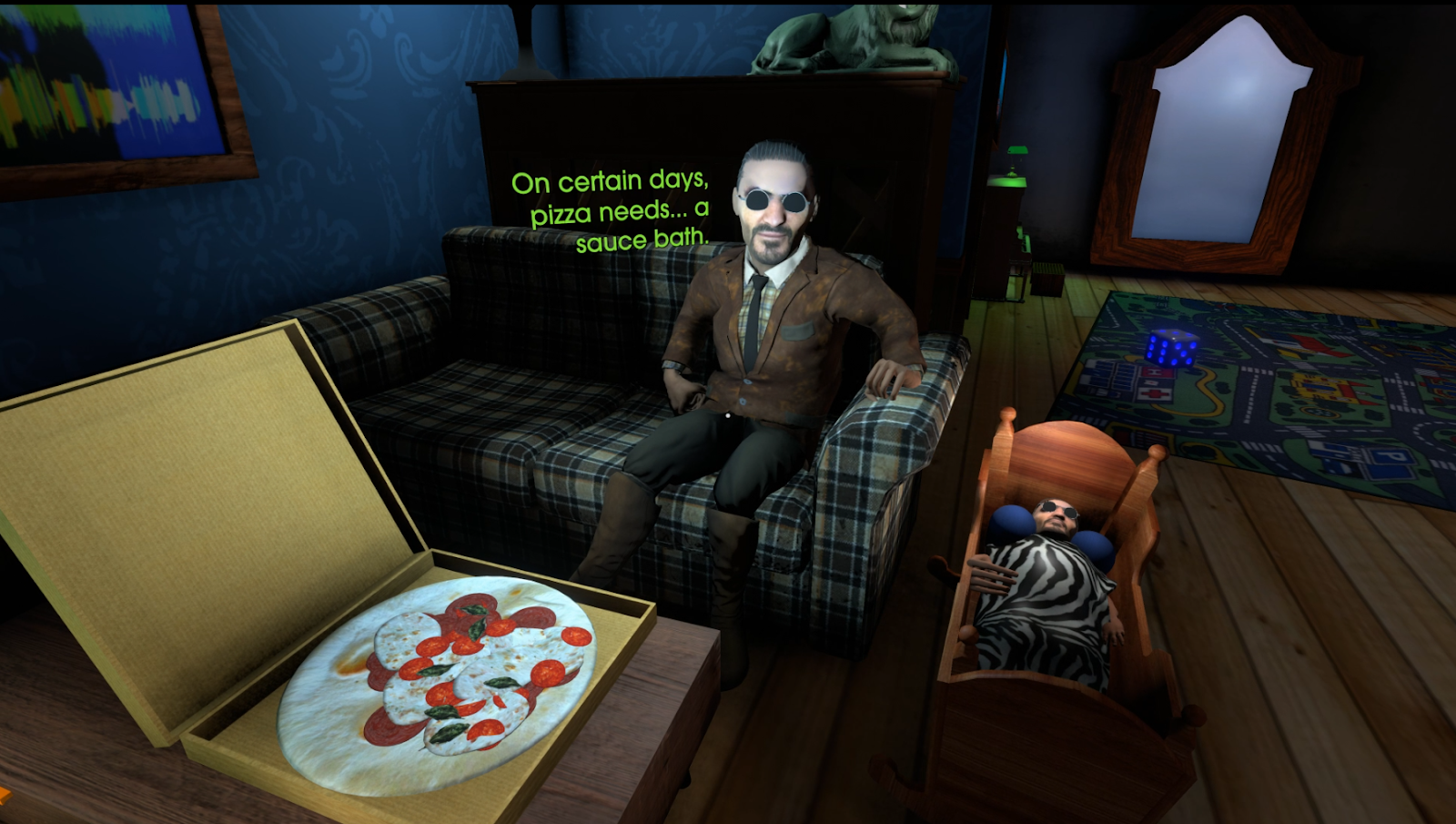 Even with your mission to recover the saxophone, there’s a strange mundanity that mixes with the off-putting populace and their vague agendas. Boiled down to the core, Tales From Off-Peak City is a mixture of open-world sleuthing and pizza delivery. There is a joy in the repetition of pizza making and a sense that each delivery brings more than just a delicious slice. You can put pretty much whatever you want on the pizzas you make – there’s a whole ‘za-making mini-game – from slabs of mozzarella, speck of pepperoni, and even that strange flamingo meat you found in the pawn shop. Making a pizza is a zen-like experience and each citizen’s response to a fresh pie is a sublime shift into nirvana. It can also lead to unexpected results: Handing pizza to customers playing a board game in a bar basement has them magically swap places with the pieces on the board. Pizza is magic. The world is what we decide it is.

I’ve only scratched the surface of Tales From Off-Peak City Vol. 1. The pizza is mostly an excuse to drive players toward greater mysteries: precious art in vaults, strange chemical factories, doors with hidden passcodes, pawn shops with expensive jade lizards. I’m eager to return; it’s an interesting mixture of chill exploration with the lightest flickers of anxiety. It’s currently available on the Humble Choice subscription service, but will come to itch.io and other storefronts soon after.