Kingdom Hearts III's New DLC Is My Kind of Anime Nonsense, on Steroids

Kingdom Hearts has two modes: cheerful Disney reveries and the most extreme of anime bullshit. Both have their merits, but the latter is where the series shines its brightest and is most captivating. Kingdom Hearts III’s new DLC, Re:Mind, embraces this. There’s time travel and scheming villains, dramatic clashes between light and dark, difficult new boss battles, and a mind-bending ending that will leave lore-hounds speculating until Kingdom Hearts 4 releases in 2061.

When the first Kingdom Hearts game came out in 2002, it felt like a novelty. Disney characters chilling with Final Fantasy heroes? That’s weird. Yes, it was fun to play but it was mostly a game about gallivanting through Disney movie remixes before fighting a scenery-chewing big bad. There was a simplicity to it: go here, make friends, save the day. That simplicity, that innocence, never completely vanished but changed as the series moved on to add even more in-depth lore and a cadre of characters who, both good guys and bad gals, had their own complicated plans and motivations. Tetsuya Nomura’s original creations took centre stage in a generation-spanning story that involved time travel, doppelgangers, warping realities, and bizarre cosmological forces. Kingdom Hearts III took all of this and let it explode in a massive finale that was equal parts moving and indulgent.

By the end of Kingdom Hearts III, the villainous sorcerer Xehanort was finally defeated. Sora and his allies stood victorious but not without costs. Sora’s friend and love interest Kairi had been struck down by Xehanort, and Sora swore to find her lost heart and reunite with her. Re:Mind focuses on his attempts to bring her back, which mostly involves using a forbidden power to dive into the past and rewrite the skein of history. See, because Sora’s this fancy keyblade whiz kid, he can essentially jump in time to his friend’s hearts wherever they are. Re:Mind takes players back time time for another remix of the game’s finale moments that seeks to find an alternate outcome. 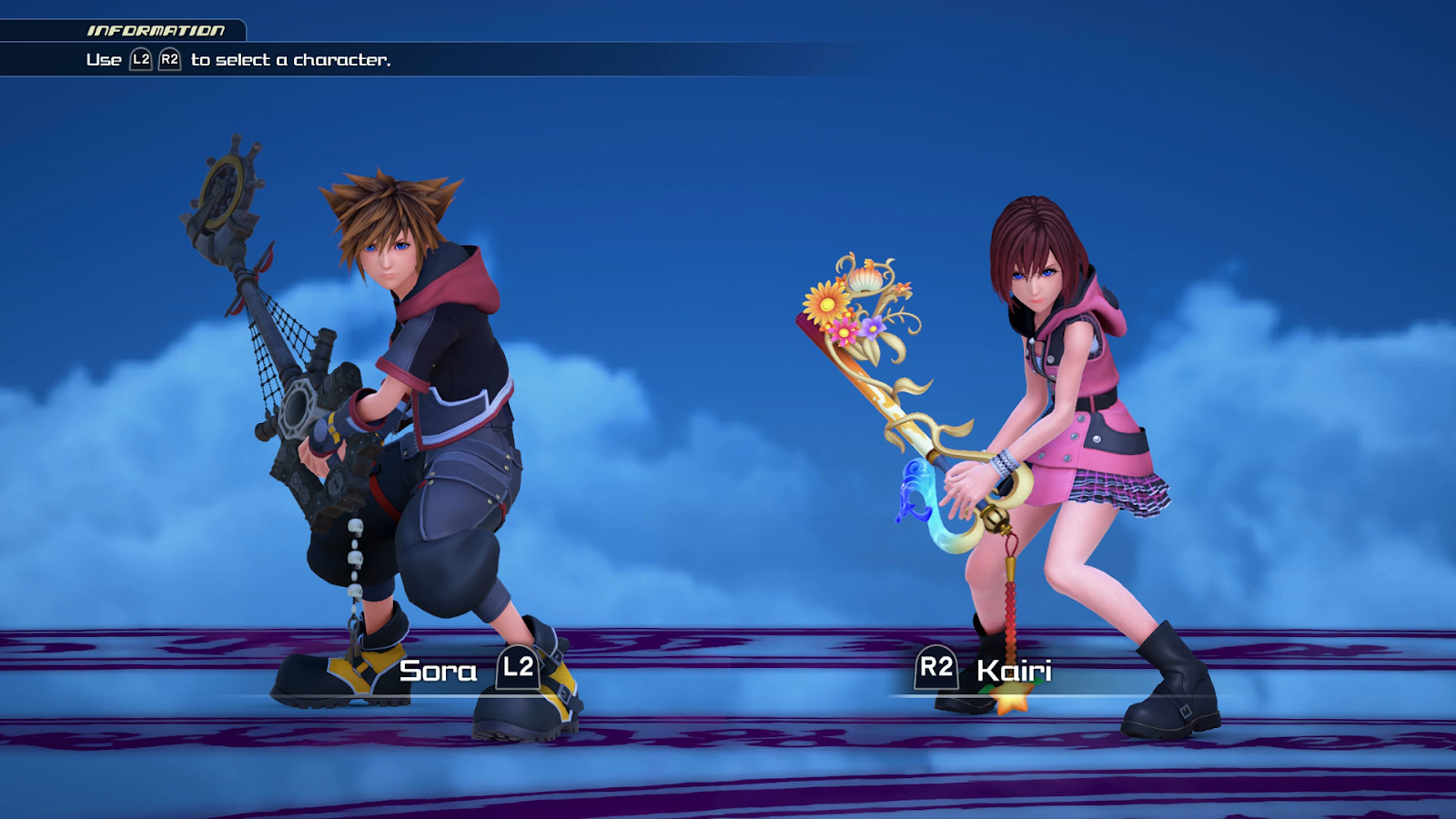 As a result, Re:Mind functions largely as a boss rush in which players face one enemy after another. This, combined with the fact that many of the fights are initially familiar, might frustrate diehard fans. One of the problems with Kingdom Hearts III’s finale was that while it was a truly cathartic spectacle, it did a lot of its characters dirty. Kairi in particular spent all of the game training for the final battle only to get sidelined and disposed of. Powerful keyblade masters who had powerful grudges with Xehanort – such as Birth by Sleep protagonist Terra – also didn’t get to do much in the final battle. To add variety, Re:Mind allows players the ability to control more characters than Sora and partake in fresh action sequences involving many of his allies whose heroics were previously relegated to cutscenes. Re:Mind also adds new fights and setpieces. Players can fight as Sora’s rival turned best-bud Riku, fight more battles as the badass keyblade dual-wielder Roxas, and play as Kairi herself in an alternate final boss fight. One sequence where the player controls all of Sora’s friends in a furious last stand against a tireless stream of enemies is a particular standout.

Flashy battles and breathtaking musical cues are only half of what makes Kingdom Hearts so damn great. The other half is found in the increasingly convoluted machinations of its villains and the ever-shifting rules of its universe. These are the elements that detractors often point to whenever they want to disparage the series. None of it makes sense! These people have stupid names! Wait, how many Xehanorts are there now?! Did all that happen in a fucking mobile game?! This all misses the point. The excess is Kingdom Hearts at its best. Re:Mind iterates on Kingdom Hearts III final battles but also weaves in new context. The end of Kingdom Hearts III reveals that the villainous lackey Xibgar was actually a long-lived keyblade master on a secret mission. Re:Mind shows that fellow henchman Luxord has his own agenda and that Xehanort once received guidance from the mysterious Master of Masters, the oldest of all keyblade masters who has been setting up a lengthy series of plots. Kingdom Hearts is a series where everyone is wearing masks, and part of the excitement comes from the idea that new revelations can arrive with the slightest provocation. Re:Mind jumbles the story into a plot puree, tipping the series sideways with tremendous glee. Diehard fans will continue to comb through the lore with obsessive detail and meanwhile Kingdom Hearts will continue to do whatever it wants. That can mean time travel or suddenly revealing secret identities. There are plenty of rules to this universe, and fans have attempted to codify them over the years, but the truth is that Kingdom Hearts regularly breaks those rules and retcons itself. That might be a Wikipedia nerd’s nightmare but for the casual audience it creates a twisting soap opera without any real peer. 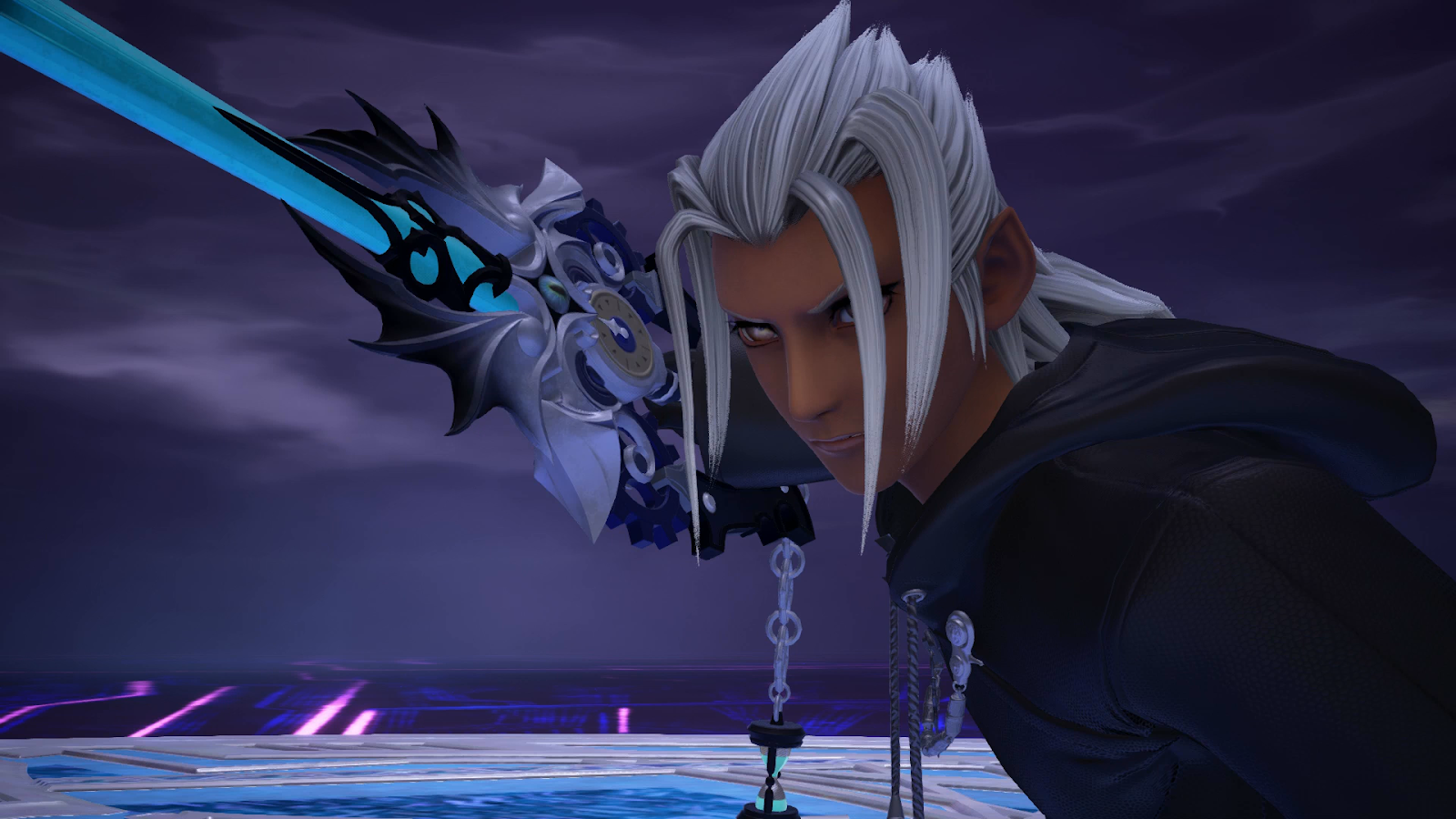 If you don’t care about any of that, Re:Mind has another trick up its sleeve: new boss battles. After completing the main story scenario, players can face off against remixed “data” versions of villains who hit harder and add new fight mechanics. This tradition started in Kingdom Hearts II Final Mix, an updated version of Kingdom Hearts II. For all of its flash, Kingdom Hearts III isn’t too difficult of a game unless you’re playing on the punishing “Critical Mode.” Hardcore players might find quick success against these new enemies, but they’re a welcome addition for anyone who didn’t feel sufficiently challenged during the main story.

Kingdom Hearts being Kingdom Hearts, completing all of these fights leads to one final super boss and a secret ending that raises a dozen more questions. I won’t spoil that here except to say that at one point, a character says “none of this makes sense to me,” which was also the case for me. In spite of this, something stirred in me as well. Excitement, romantic speculation. This is what Kingdom Hearts does best. Its story resonates even as it also takes every opportunity to lock fans out. Re:Mind is nonsensical but also brash and confident. That confidence is infectious, and sets the stage for further adventures in what was, at first, a bizarre corporate mashup.