Loading screens often suck. They are a necessary part of playing large and complex video games, but they often break the flow of a game. Sometimes games find fun or interesting things to do with these waits. Dragon Quest Builders 2 uses these screens to showcase user creations and I love it so much.

I’ve been playing a lot of DQB2 recently. I missed out on playing it last year and I regret that. If I had played this Minecraft-ish RPG-adventure game last year I would have easily placed it on my official GOTY list. But I’m playing it now and I’m digging it. (DIGGING. Get it?! Like how you dig and mine blocks in the game... Moving on.)

There aren’t a lot of loading screens in DQB2 and when they pop up they are usually over quickly. But when first loading up a world, a fairly long loading time occurs. Instead of just having a black screen or logo, DQB2 uses this time to show off user-made creations and screenshots. This is the perfect use of a loading screen. 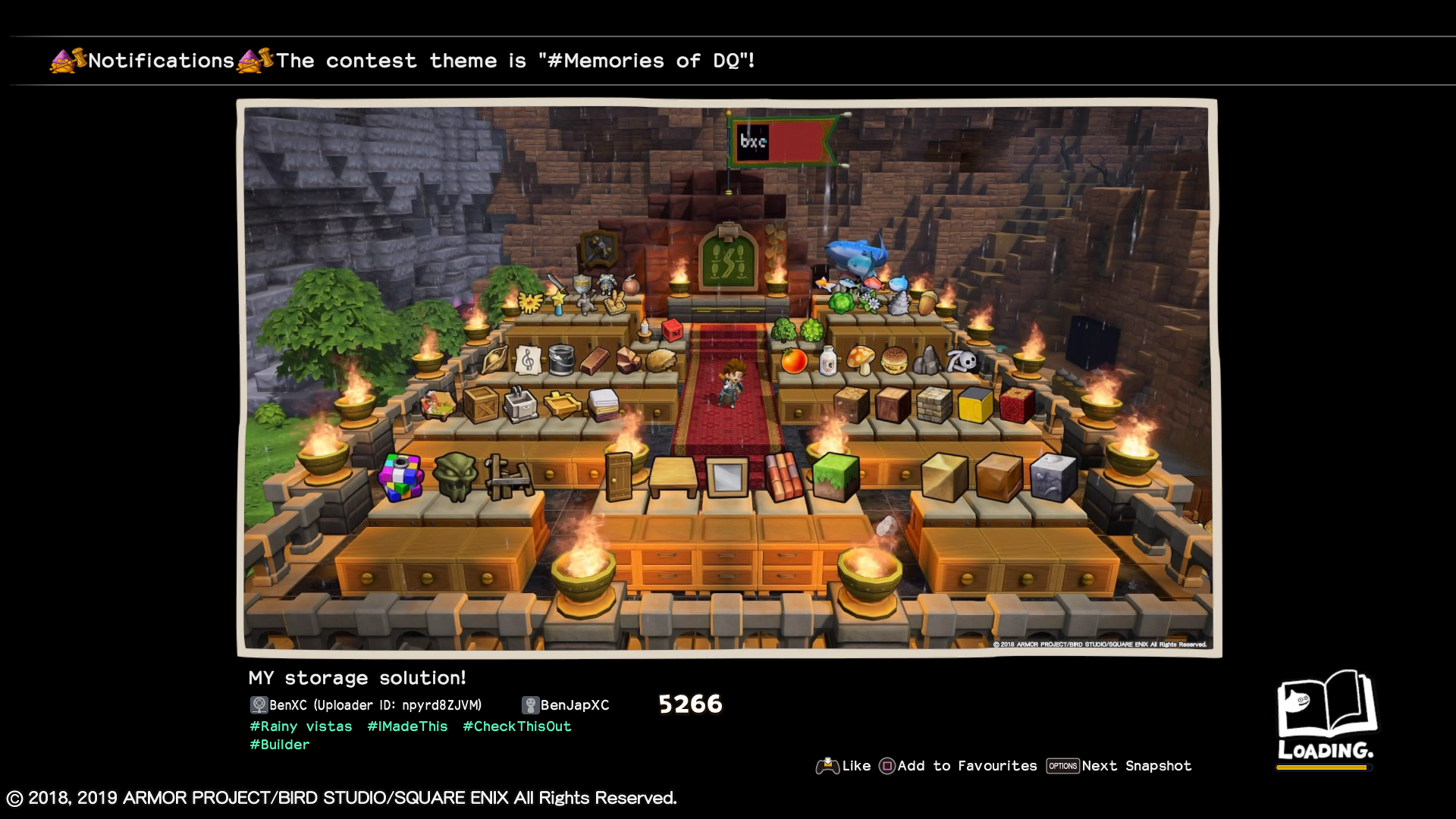 Every time I boot up Dragon Quest Builders 2, I’m greeted with some wonderful player creations. I always feel excited to see what I’ll see this time and often they inspire me to build something cool or explore more of the game. At the very least they often make me want to play more so I can unlock all the cool blocks and objects I see in the screenshots.

Often loading screens rely on random gameplay tips or some artwork. They aren’t fun or inspiring at all. They are just these breaks between gameplay. The things you hate or even avoid. I’ve lost count of how many times I’ve avoided doing something in a game because I knew it would lead to a long loading screen. 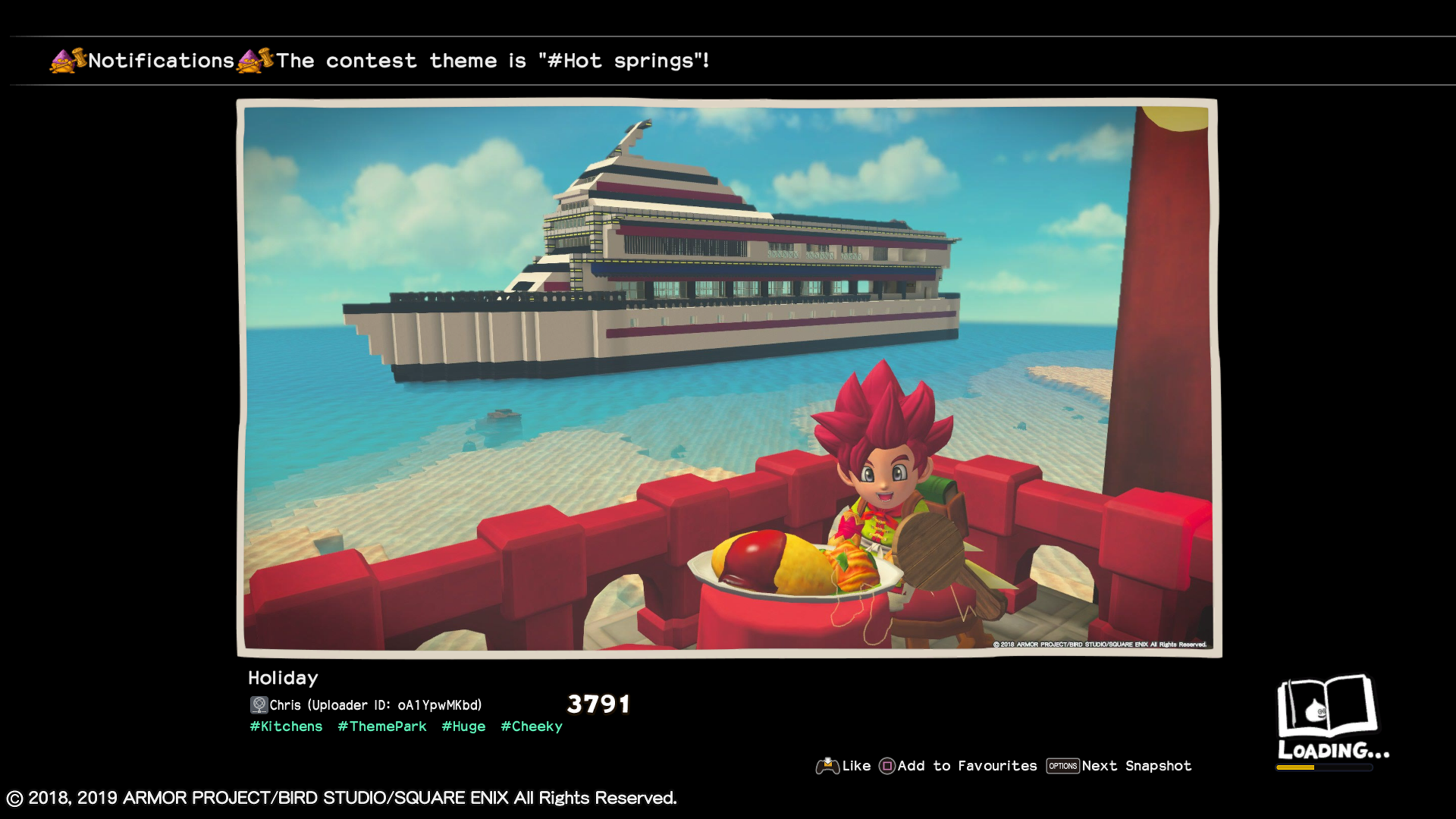 But I get genuinely excited each time I load up DQB2. I can’t wait to see what random and great screenshot I’ll be served up this time. Of course, all these screens and much more are available in the game at any time. But getting it randomly dropped in your lap each time you start the game is a nice way to get everyone involved in the community. It also lets cool creations get more attention.

So many games today let you take in-game screenshots with fancy camera tools. But mostly these just get shared on Twitter or Instagram. Instead, I wish more games, like DQB2, took player screenshots and incorporated them into the game more.

I mean, I just wish more games were as good as Dragon Quest Builders 2 in general, but specifically the loading screens.