Your smartphone is a pretty decent gaming machine, which you might forget about when streaming videos, sending emails, or taking photos. In the last two years alone, 20 amazing games have launched on Android and iOS (or both). 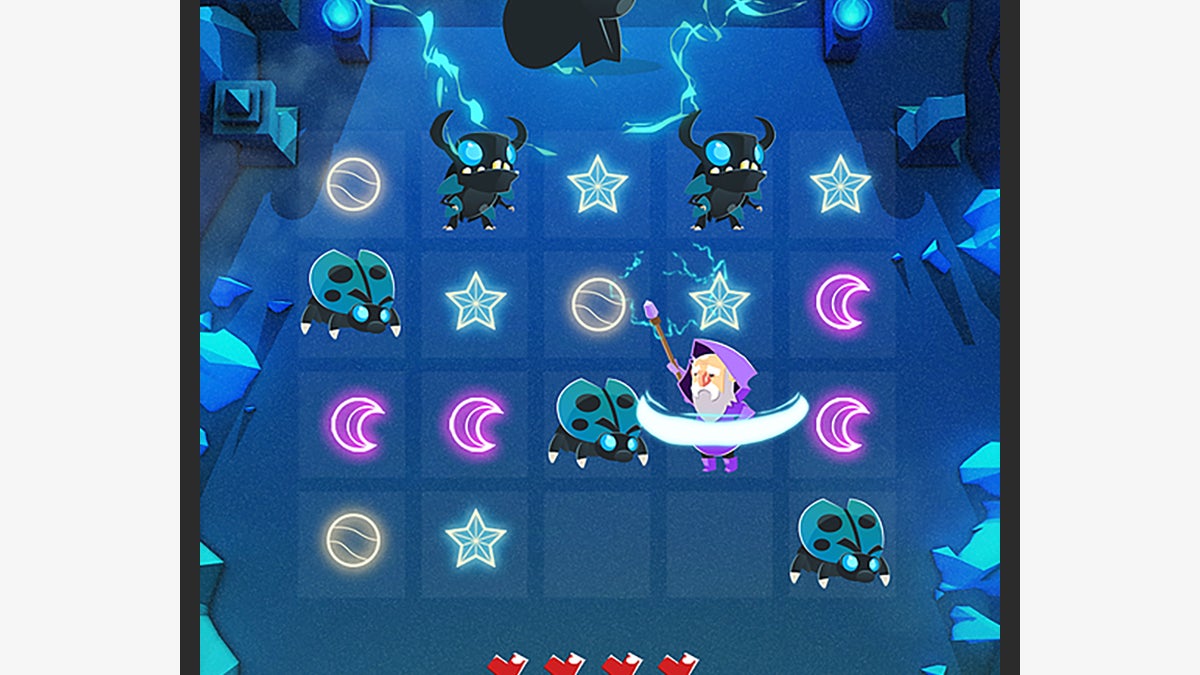 While the gameplay is by no means the most original, there’s enough to like in Starbeard to make it worthy of a spot on your smartphone. You can tell a huge amount of care and attention has gone into the characters, the bosses, and the levels here, and it’s consistently entertaining even as you start to get on top of the various challenges thrown your way. The extra RPG and tactical elements make this game rise above the crowd of similar offerings. 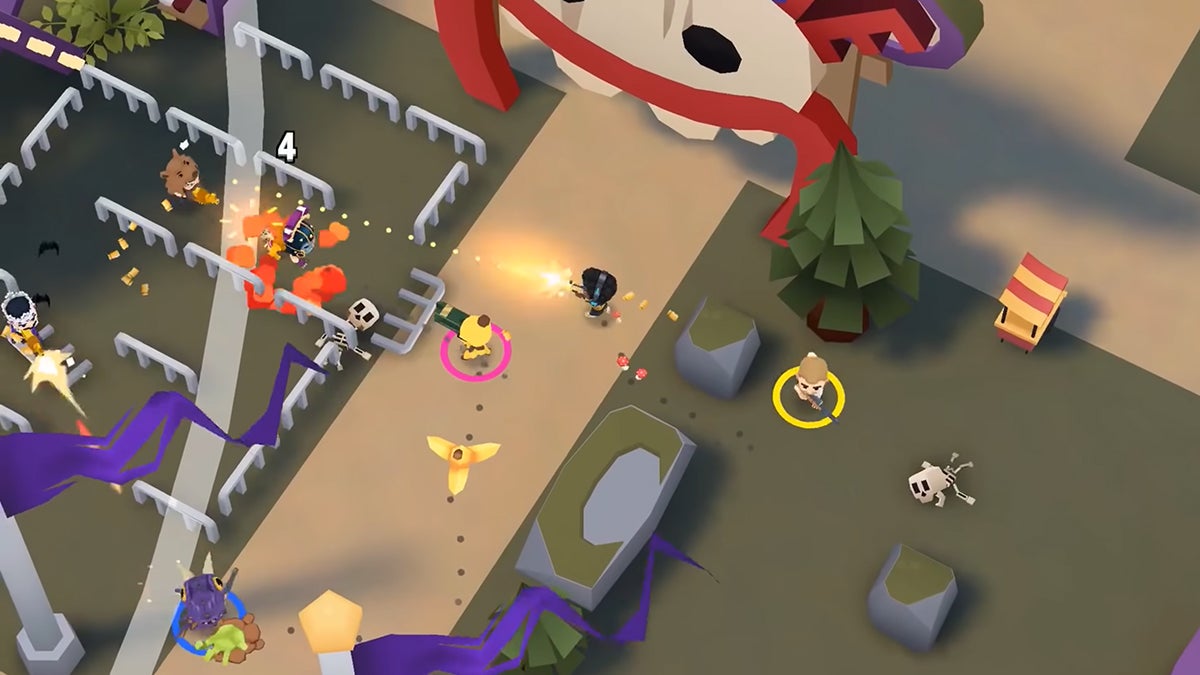 Battlelands Royale doesn’t try too hard to hide its Fortnite and PUBG inspirations, but it’s a compelling game in its own right, and better optimised for mobile than either of those better-known titles. As the name suggests, you need to be the last person standing, but everything about this game – from the visuals to the mechanics to the choice of single and multiplayer modes – is so well done that you won’t be able to put it down easily. 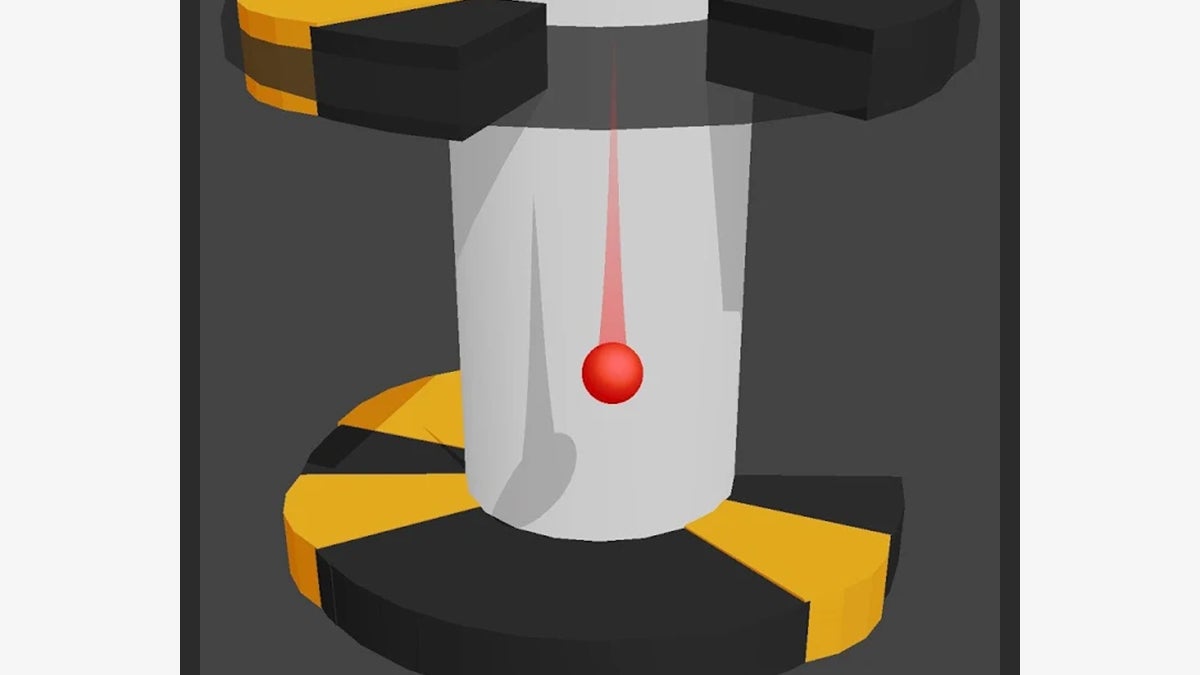 Sometimes you just want a straightforward game, with a simple and intuitive mechanic underpinning it, that you can jump in and out of whenever you have a spare five minutes. Helix Jump fits the bill perfectly. All you have to do is time the bounce of the ball perfectly to work your way down the various platforms on an endless tower, and the game offers enough special features and variations to maintain your interest. 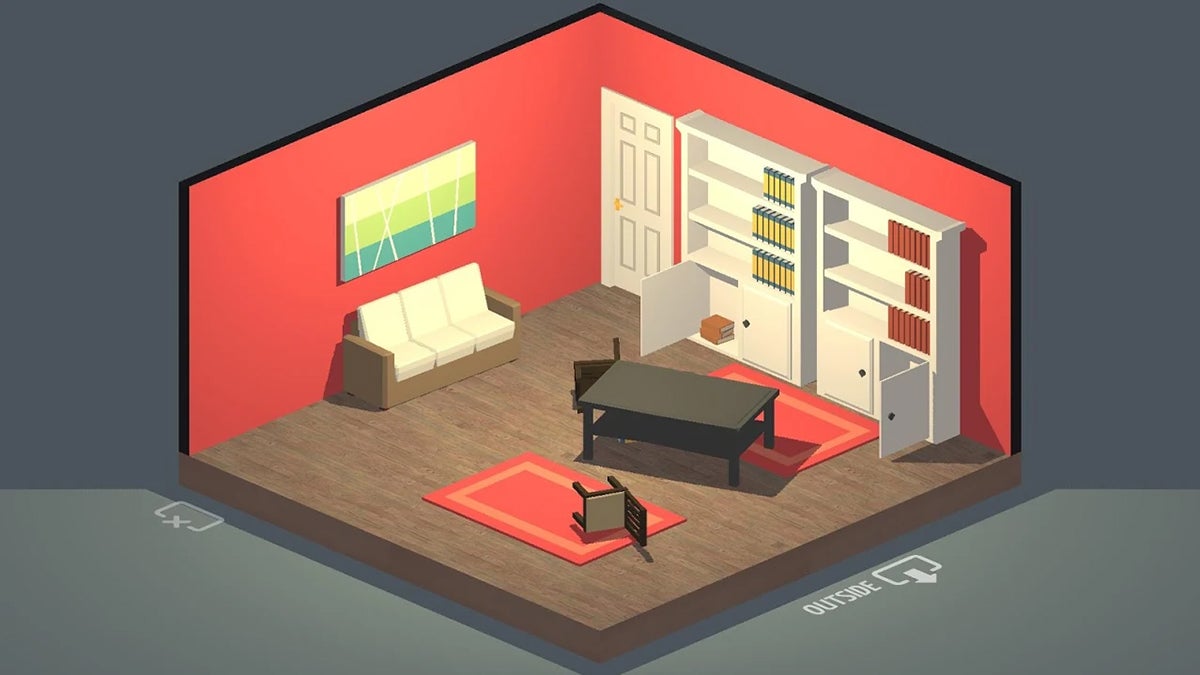 This is a delightfully done, noir-inspired puzzle game that offers something a little more in-depth than most titles. You’ll need to apply logic, common sense, and a bit of ingenuity as you play the role of a detective investigating a mystery in a small, abandoned town. We like the isometric look of the game, the variety in the different challenges you come across, and the slow, reflective pace. The only downside is that it’s not available on the iPhone. 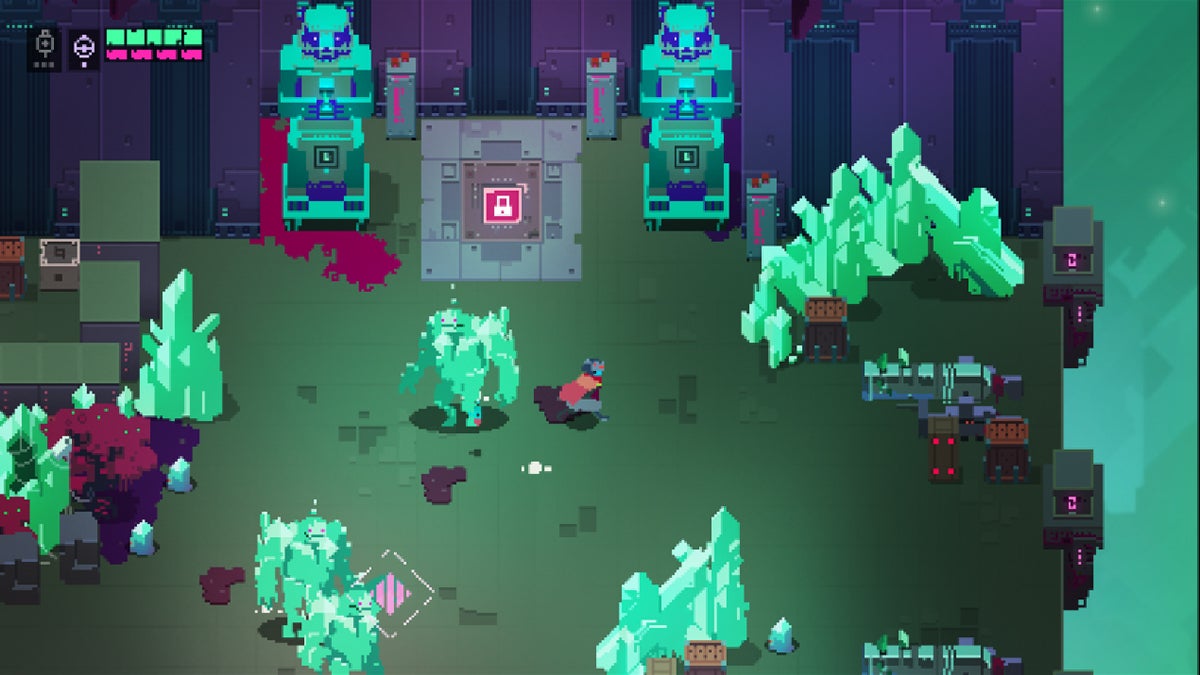 All too often you have to pick between either style or substance in a mobile game, but Hyper Light Drifter manages to produce plenty of both. Previously on other platforms, the title recently made it to iOS (but there’s no Android version, unfortunately). With hints of classic Zelda and Diablo, you’re going to be exploring the weird and wonderful land you find yourself in, taking on enemies and collecting new skills and weapons as you go. 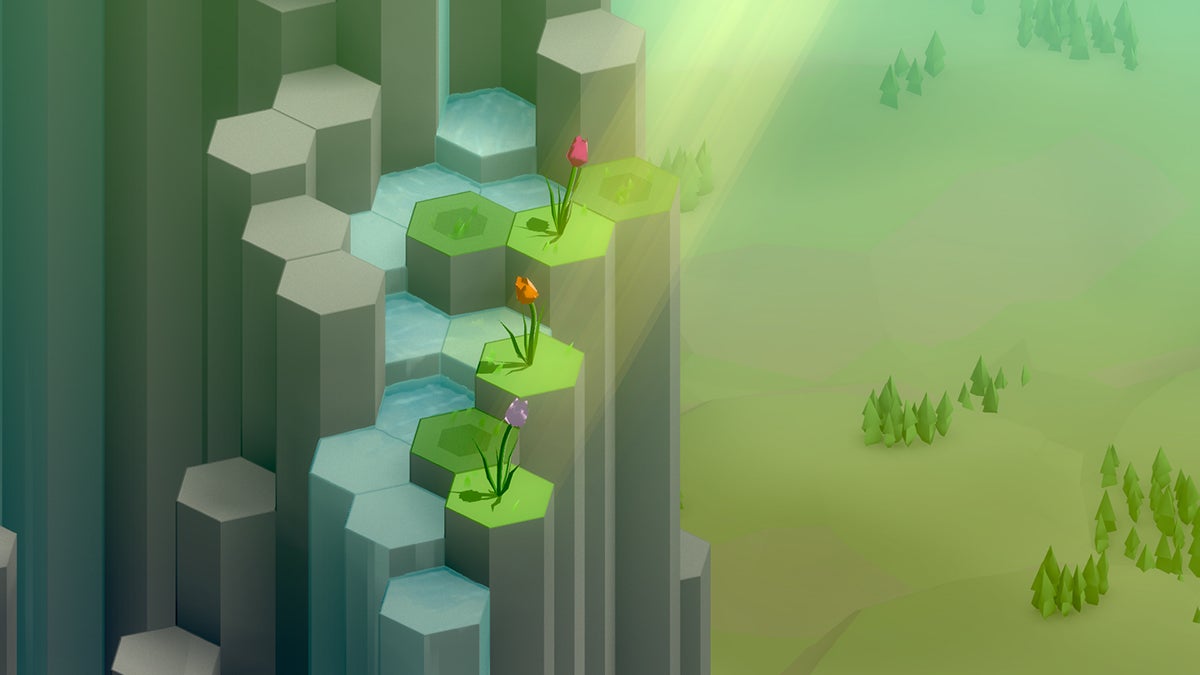 A gentle, reflective puzzler that’s exclusive to iOS for now, Spring Falls is as much a way to forget about the stresses and strains of life as it is a game. It combines the ideas of growth and erosion, plus a dash of water, to create an experience that keeps you coming back for just one more go as you make your way down a mountainside. As with all of the best mobile games, both the visuals and the audio are of equally good quality. 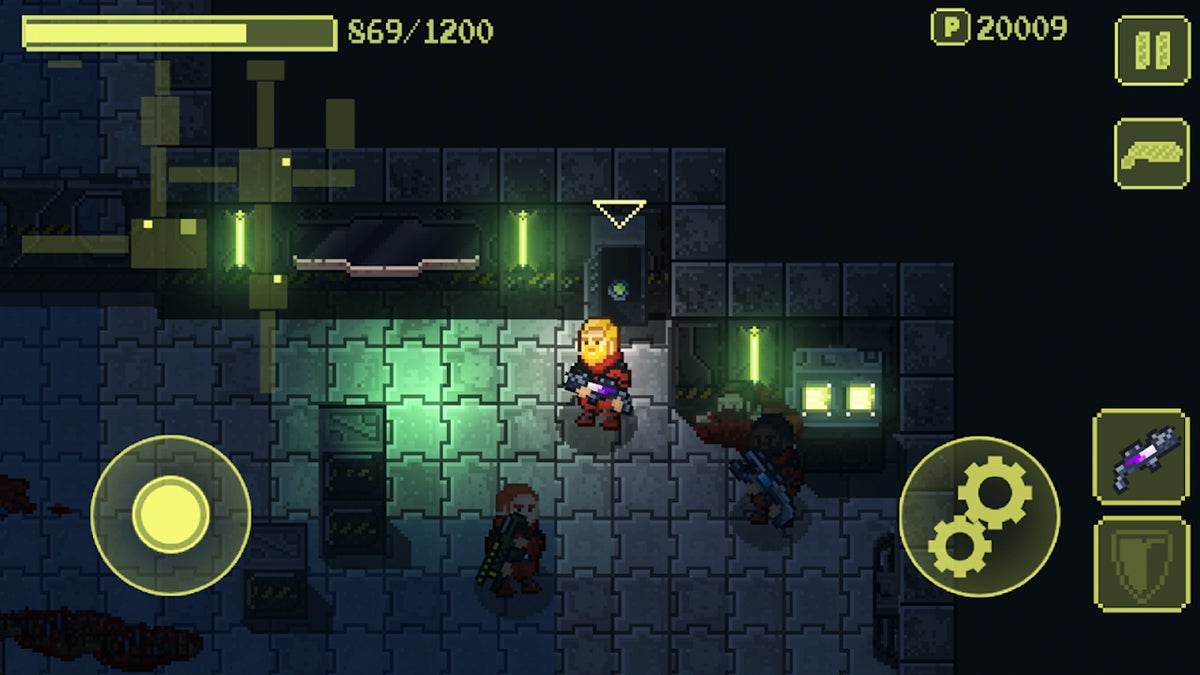 There are huge amounts of fast-paced fun on offer here as you blast your way through hordes of enemies, either on your own or with friends in multiplayer mode. The pixel art is really well done, the setting – a dark and ominous spaceship – is suitably claustrophobic, and the game keeps on throwing in new surprises and features as you make progress. Ailment is perfectly crafted for mobile in every detail, from the lengths of the levels to the touchscreen controls. 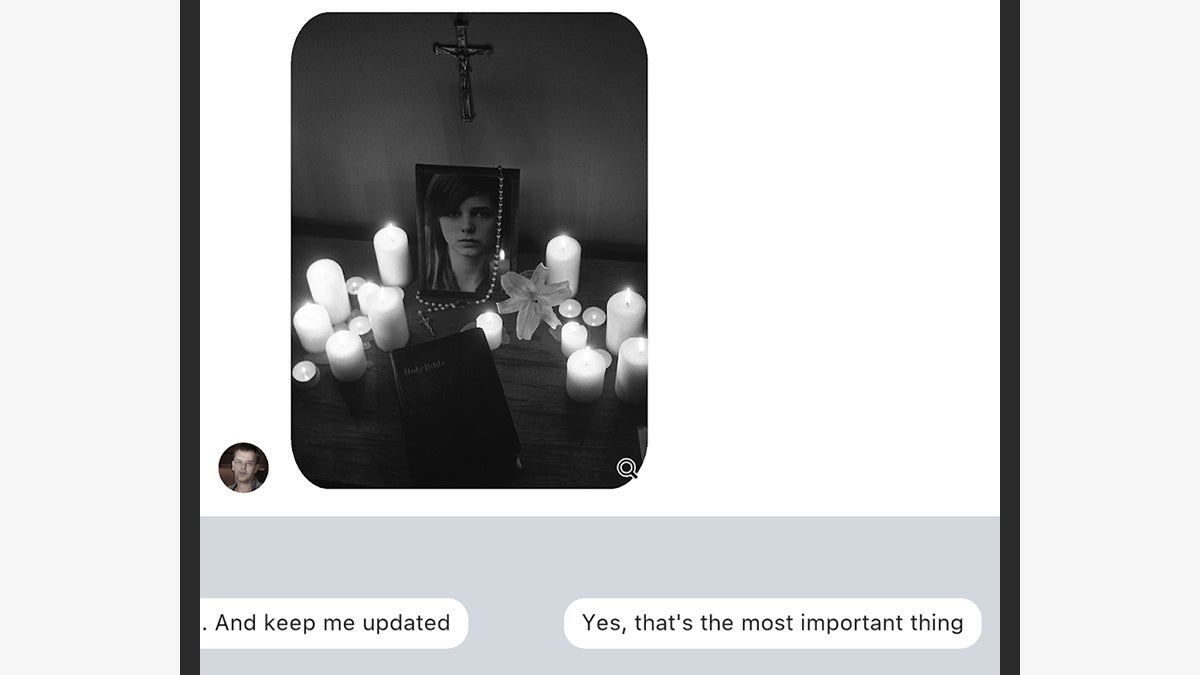 For those of you who like your games a little bit more in-depth and atmospheric, Sentence puts you on the trail of a serial killer, and it’s up to you to bring the perpetrator to justice: collate the clues, do the detective work, and figure out who you can trust. It’s a game format that could easily go wrong if it isn’t handled correctly, but thankfully the developers have put together a satisfying experience that’ll keep you busy for hours. 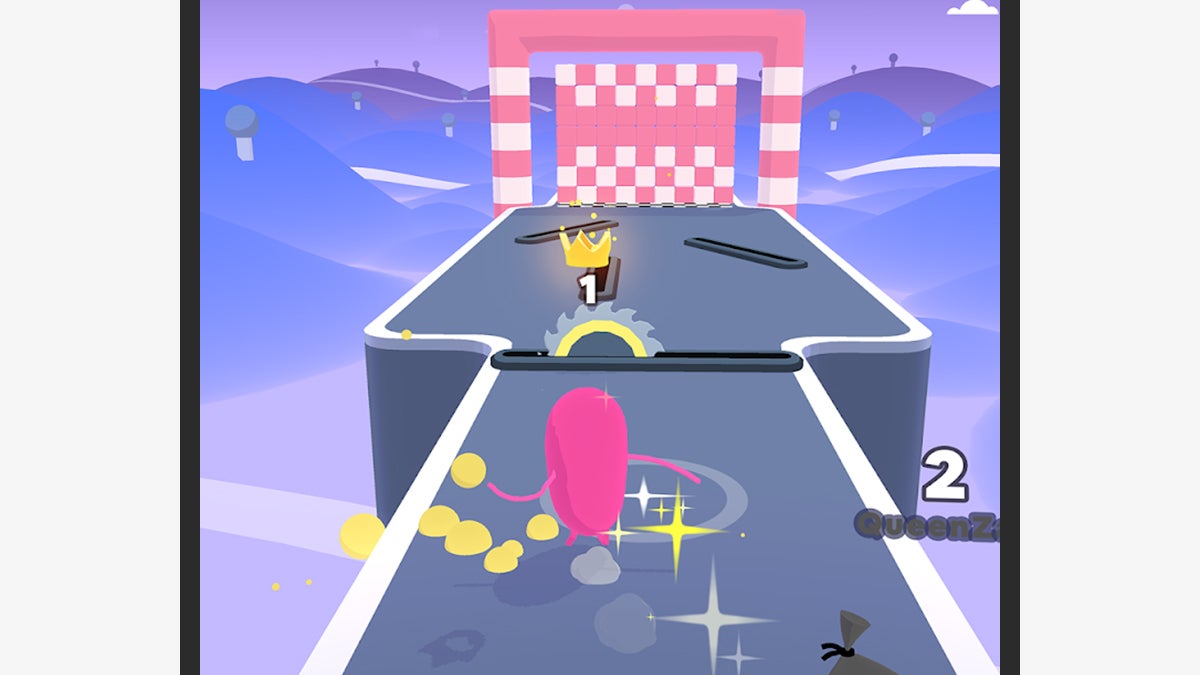 Dashing is the name of the game here, and dashing you will do, through crazy obstacles, over speed boost buttons, and along narrow ledges (and if you can knock your competitors out of the race, so much the better). We’ve seen this game mechanic many times before, but Dumb Ways to Dash manages to get the graphics, the music, the gameplay, and the gradually rising level of difficulty spot on. 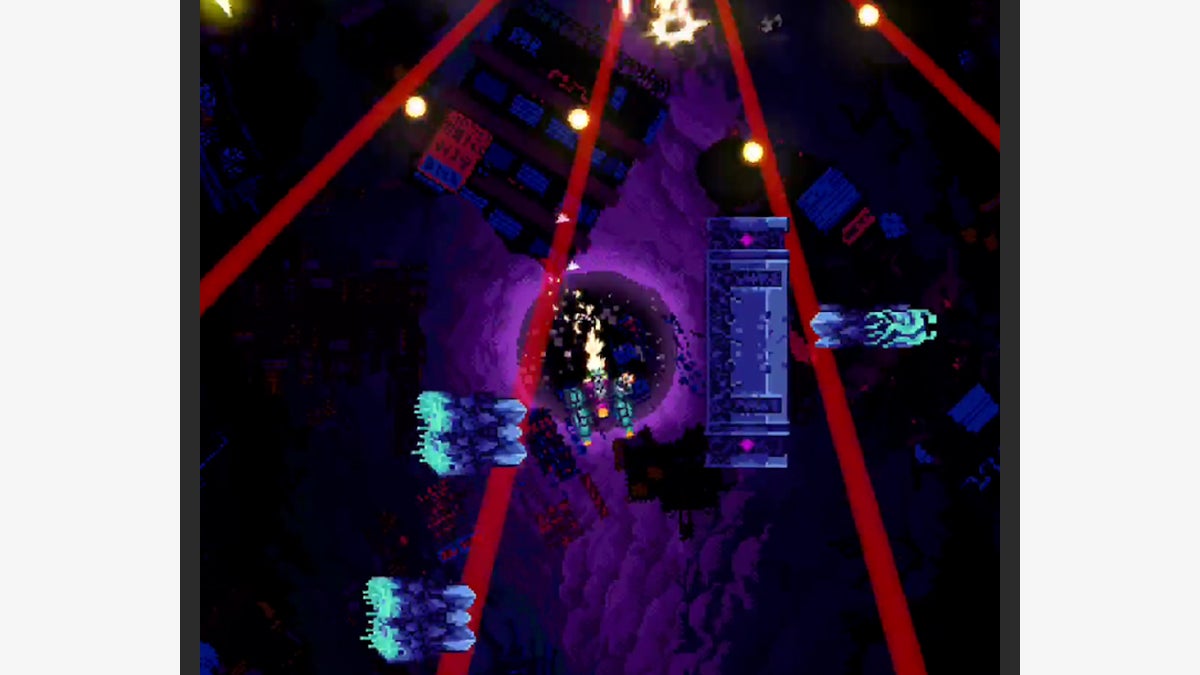 A fast-packed space shooter with top-notch graphics and enough of a challenge to keep you coming back for more, End of the Universe is a richer and more detailed experience than many games of this type. You need to choose both your weapons and your moves carefully to come out on top here, and the game boasts plenty of variety as you progress from level to level. You’ve got hundreds of different types of enemies to shoot down, which will keep you entertained for days. 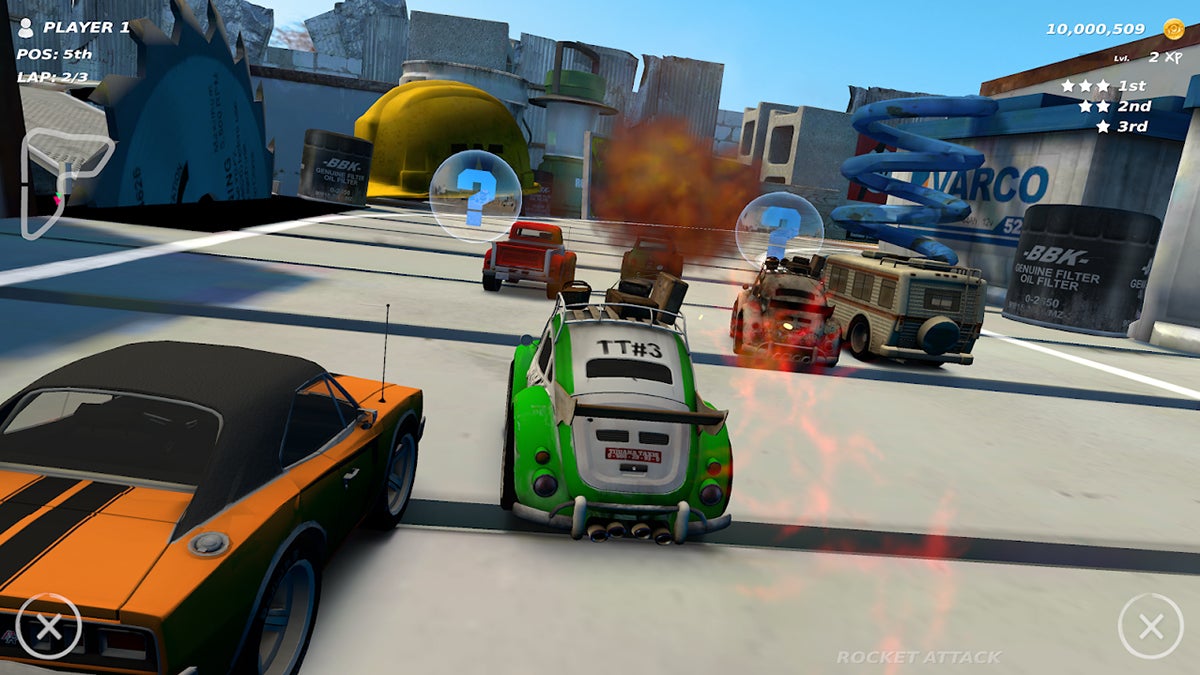 Table Top Racing: World Tour is a fast-paced, consistently entertaining racer in which the tracks sit on tabletops. You may have already played this game on console, but it’s equally fun on your phone. You’ll come across bowls of food, discarded magazines, and beer bottles as you scoot around, and with nine different game modes available, there’s always a fresh experience to be had. Whether you opt for single player or multiplayer, Table Top Racing nails the racing dynamics, and you’ll keep coming back for more.

£5 on Android and iOS 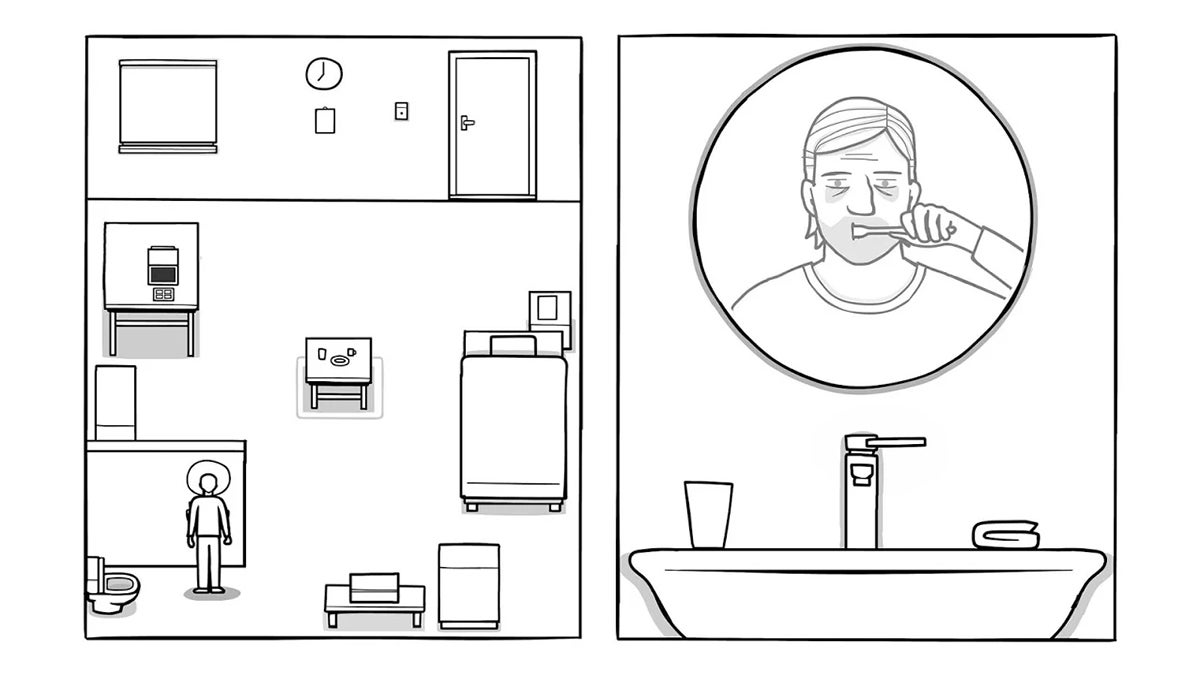 Straightforward but engrossing, The White Door is part game and part story. You click through the panels and pass the puzzles to figure out the most basic questions of who you are and where you are. The graphics and audio are both very well done, and just when you think the game is starting to drag, it throws in a twist to surprise you. You need to pay for this title up front, but it’s definitely worth the price of admission. 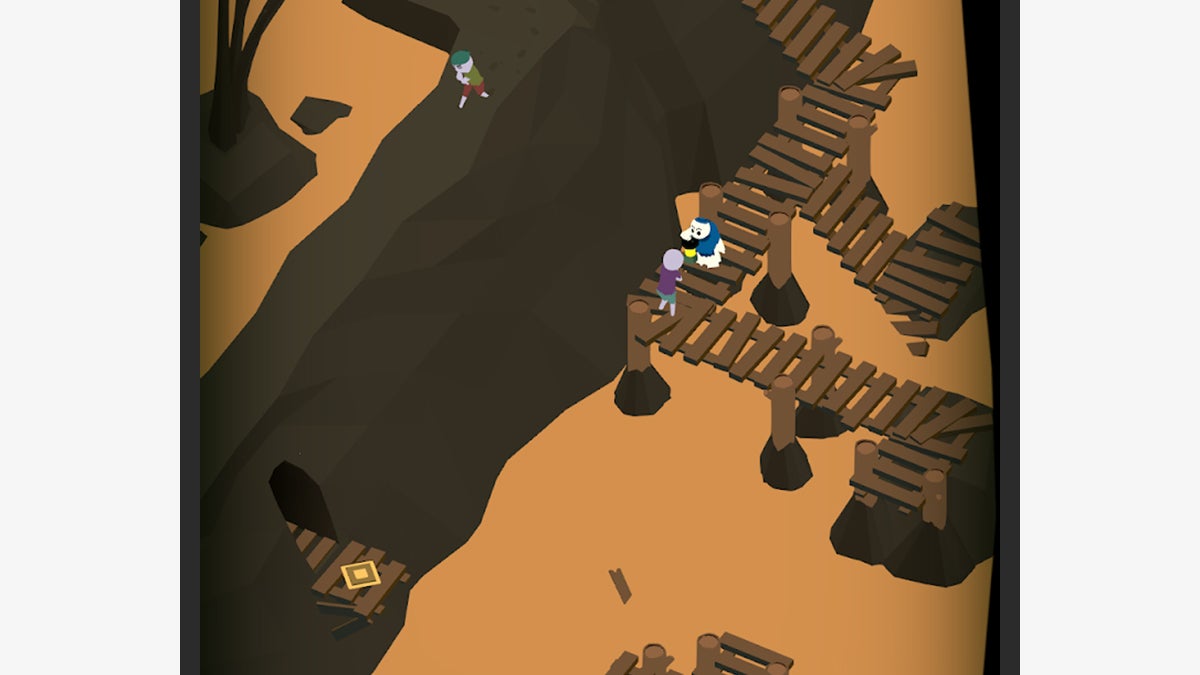 One of the best adventure puzzle games of recent times, Where Shadows Slumber places you in a detailed, rich isometric world, and then asks you to figure out how to control the environment around you to progress (light plays an important role, as you may have guessed). There are eight distinct areas to navigate around, and the engrossing gameplay mechanics are combined with a strong story narrative that’ll keep you interested until the very end. 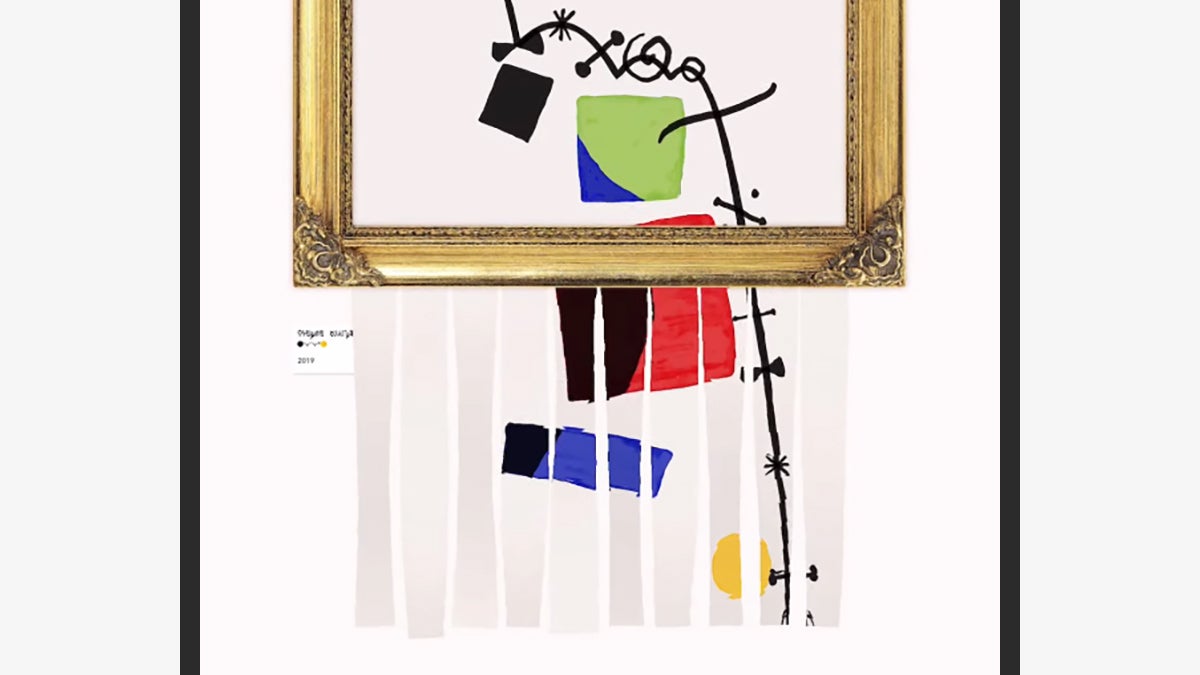 In Song of Bloom, you uncover a story through a series of art pieces. It’s hard to describe; there’s a good chance it’s unlike anything you’ve played on your phone before. It makes use of various iPhone features, from the touchscreen to the charging port, and you’ll be constantly surprised. You have to pay £2 up front to play, but we don’t think you’ll be disappointed if you like nonlinear gaming experiences. 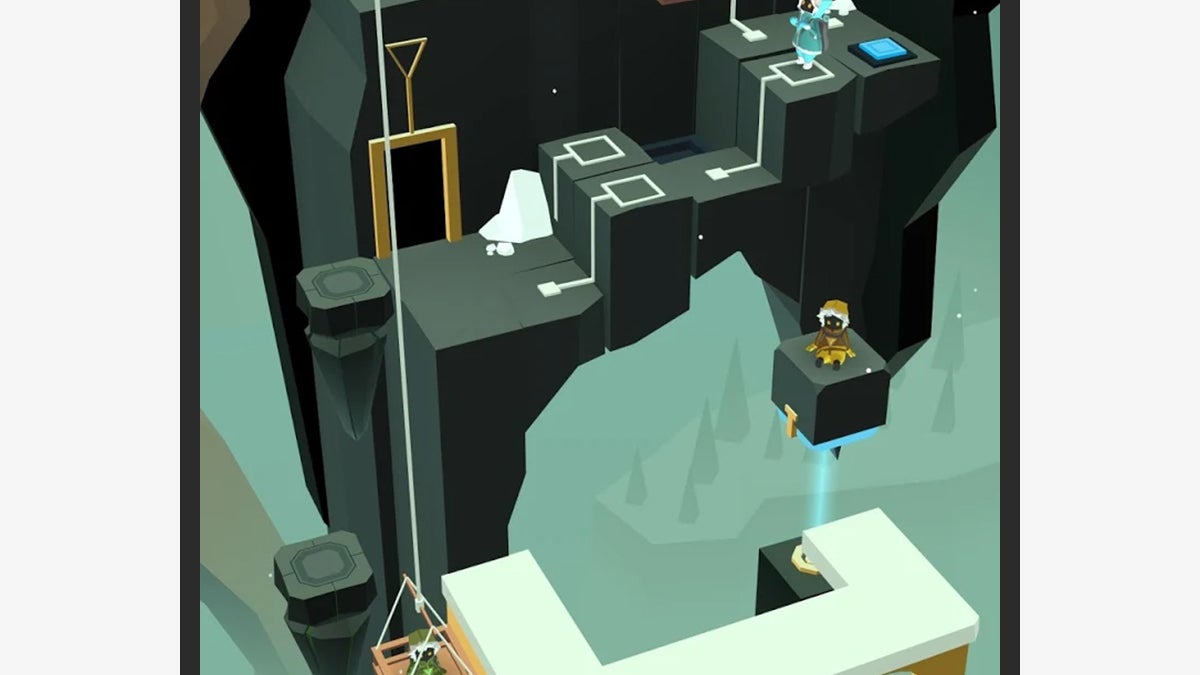 This is one of those beautifully rendered, continually delightful puzzle games, built in the tradition of Monument Valley. Your goal is to guide three hardy explorers through 13 different levels and more than 50 puzzles, using logic and the laws of physics (plus a little inspiration) to work out how to progress each time. With no timer, no moves limit, and even a handy undo feature, it’s more relaxing than most games. 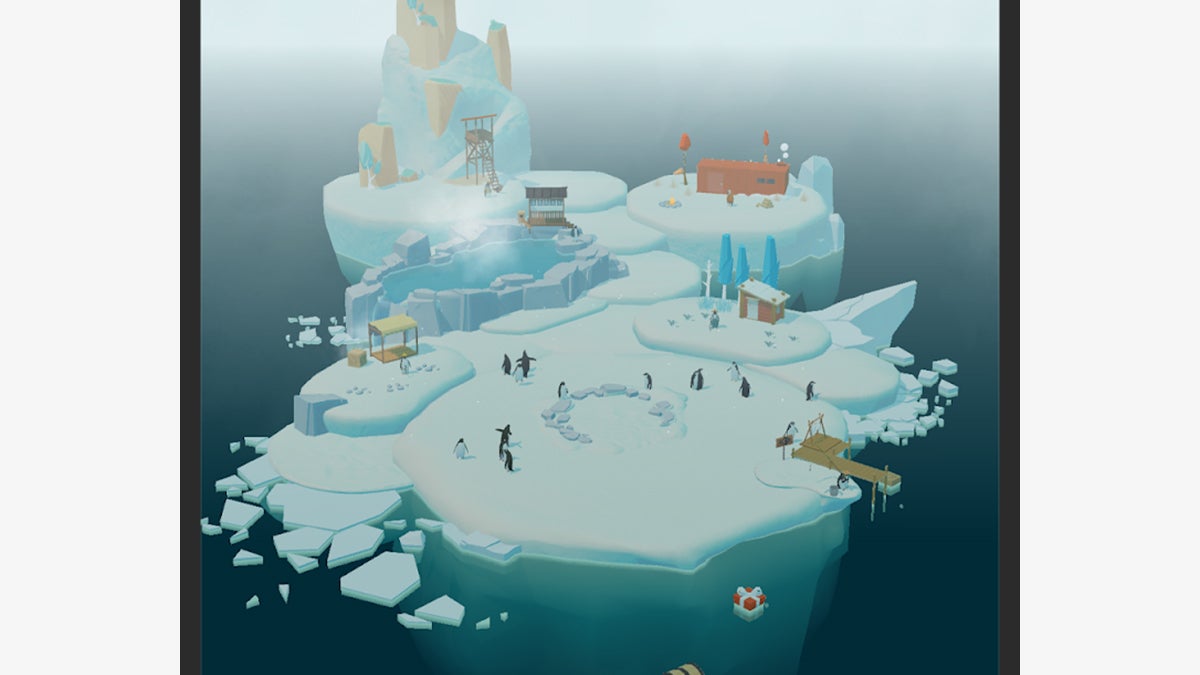 File Penguin Isle in the category of games where you don’t actually have to do much. In this case, the mission is to cultivate mini-islands for your penguins to live on, all gorgeously rendered and with enough in the way of interactions to keep you engaged. As the game progresses, it gets more and more entertaining, and you’ll soon grow quite attached to the community you’ve put together. (Bonus: The in-game ads actually give you rewards, which makes them less annoying.) 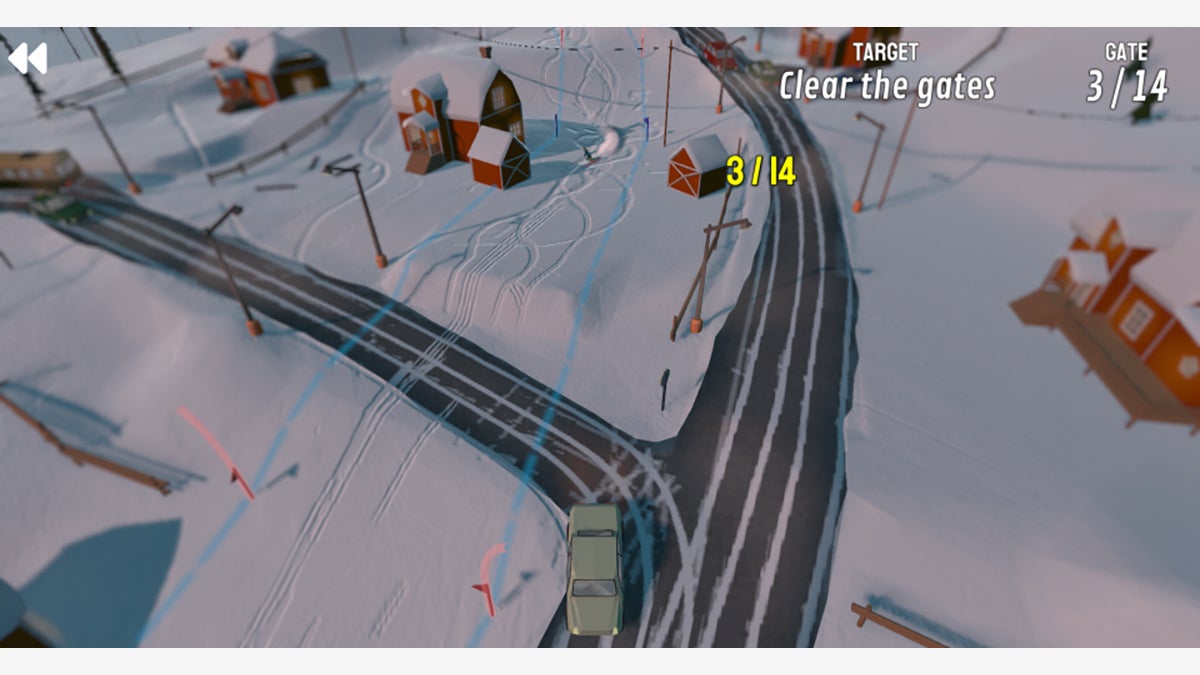 You can almost feel the snow beneath your skis in Grand Mountain Adventure, as you race down the slopes in whatever way you see fit: Stay on piste, go off piste, take part in time trials and challenges, or just invent a route of your own and discover little secrets and surprises along the way. It’s all really well done, down to the last detail. You get access to one mountain for free, which should be enough to tell you whether you like the game.

18) Sky: Children Of The Light 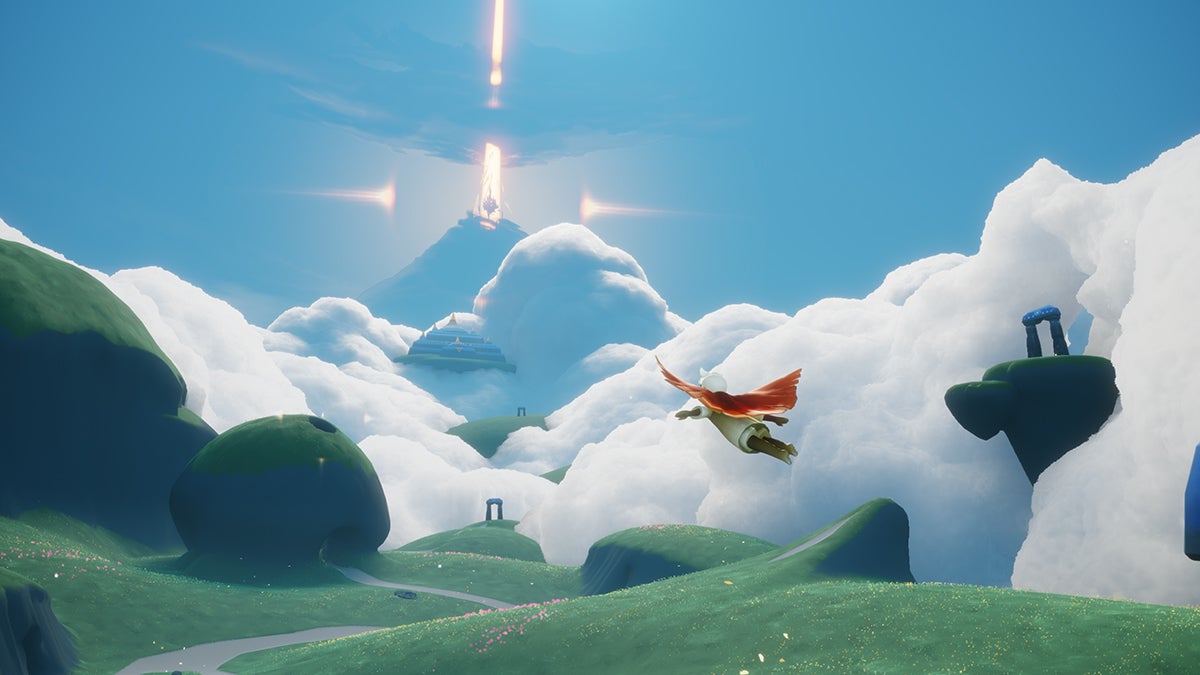 Sky: Children Of The Light has visuals you could gaze in awe at for days, so it sucks you in immediately. The music is almost as good as the graphics, and it all adds up to a meditative gaming experience that moves along at a relaxed pace, whether you want to play on your own or with others. There are puzzles to solve along the way, but this is mostly about exploration and fun. This game’s simplicity is one of its biggest selling points. 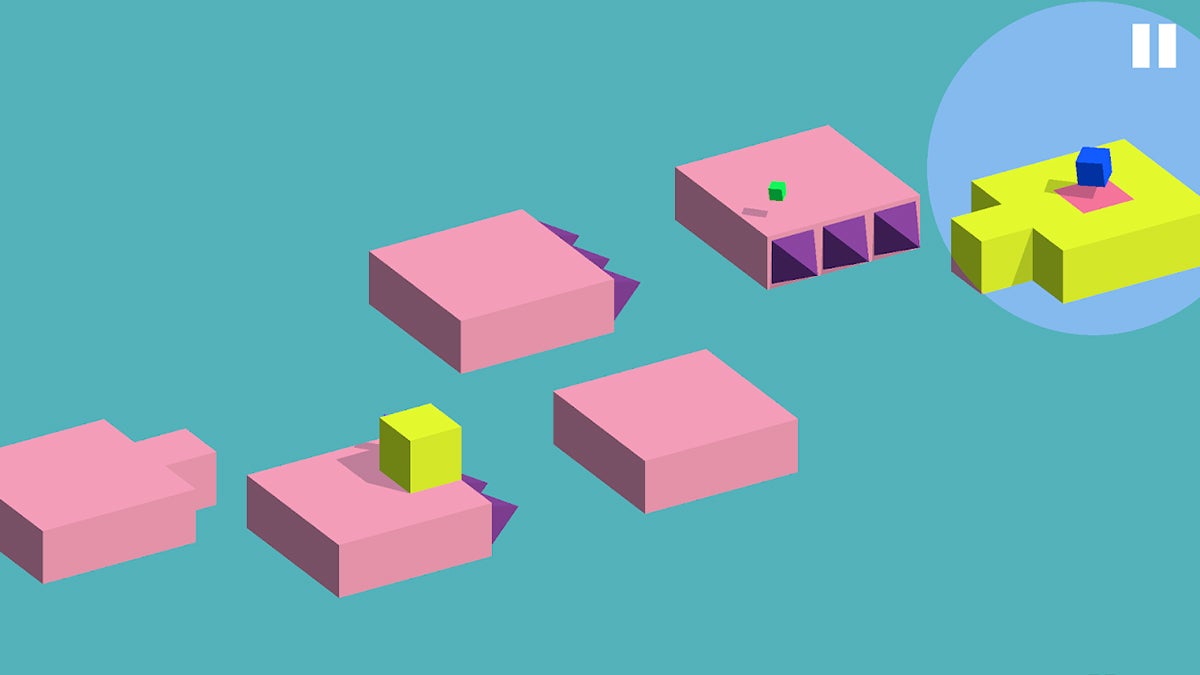 Previously seen on Steam and the Switch, Vectronom has now made it to Android and iOS, too – but it’s not your typical mobile game. You need to swipe your way across an increasingly ingenious series of levels, all to the beat of a relentless electronic music track that gives you clues about where to move next. The bright visuals and thumping music won’t suit everyone, but this isn’t a game you’ll forget in a hurry. 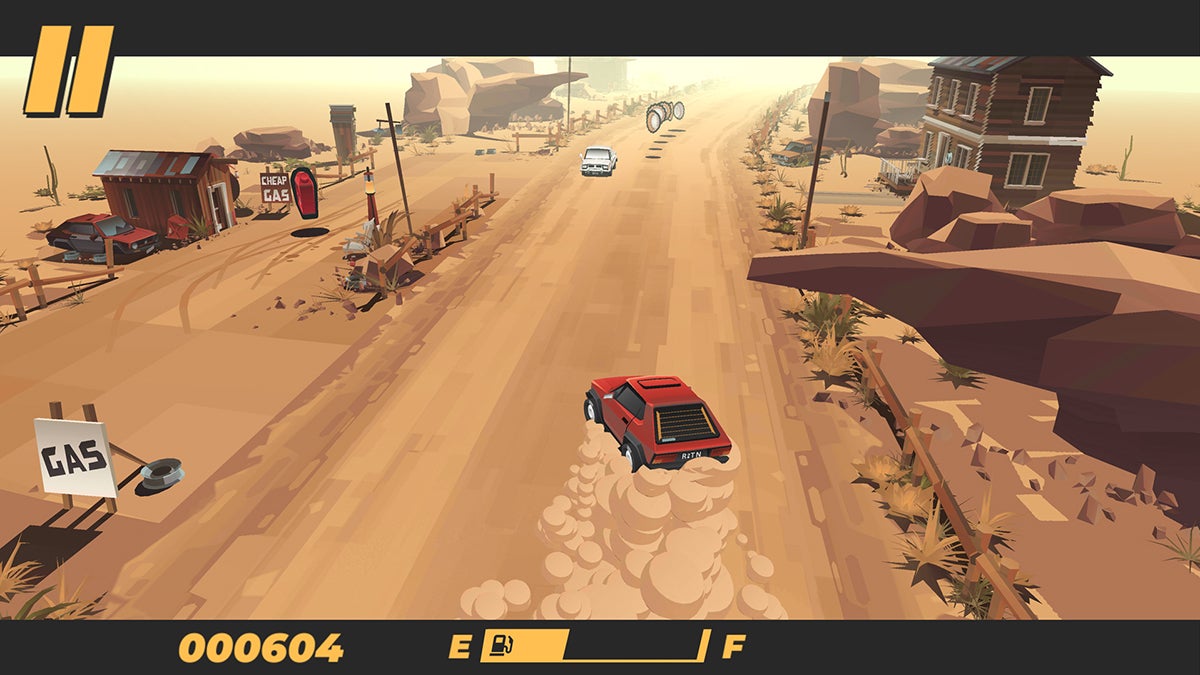 This game offers endless driving fun that ticks all the right boxes: beautifully rendered graphics, enough variety to keep levels interesting, and a solid selection of locations and cars. #Drive really is a perfect example of the genre. It’s fair to say that if you don’t spend any money, progress can be slow, and you’ll have to put up with an ad or two, but the free version is still perfectly playable.

Freemium for Android and iOS

This article first appeared on Gizmodo.