In video games, I have watched the world end countless times. I have also seen what comes after.

Right now, writing this from my house in America, I feel like I am going to die all the time. It’s not just depression: when I look at the news, I also feel like death is imminent. This week, the United States assassinated Iranian major general Qassam Suleimani in a move that many people thought might actually trigger World War III. It didn’t, though Iran did launch missiles at a base where Americans were stationed in Iraq. At the moment we’re sitting on the edge of a knife, waiting to see whether the country will belly flop into another endless war.

Even if the political turmoil doesn’t lead to war, I can’t help but have flashbacks to 2001 and the Iraq and Afghanistan wars, which are conflicts that we’re technically no longer engaged in, even though we still have troops in both of those countries. Since I was eleven years old, when the Twin Towers fell in a terrorist attack on September 11th, 2001, I have been acutely aware of three things: that a lot of other countries hate the US a whole lot, that for the most part we deserve it, and that all that’s keeping the entire world from descending into international armed conflict is the knowledge that if we all fire our nukes at once, that’d basically be the end of the world. 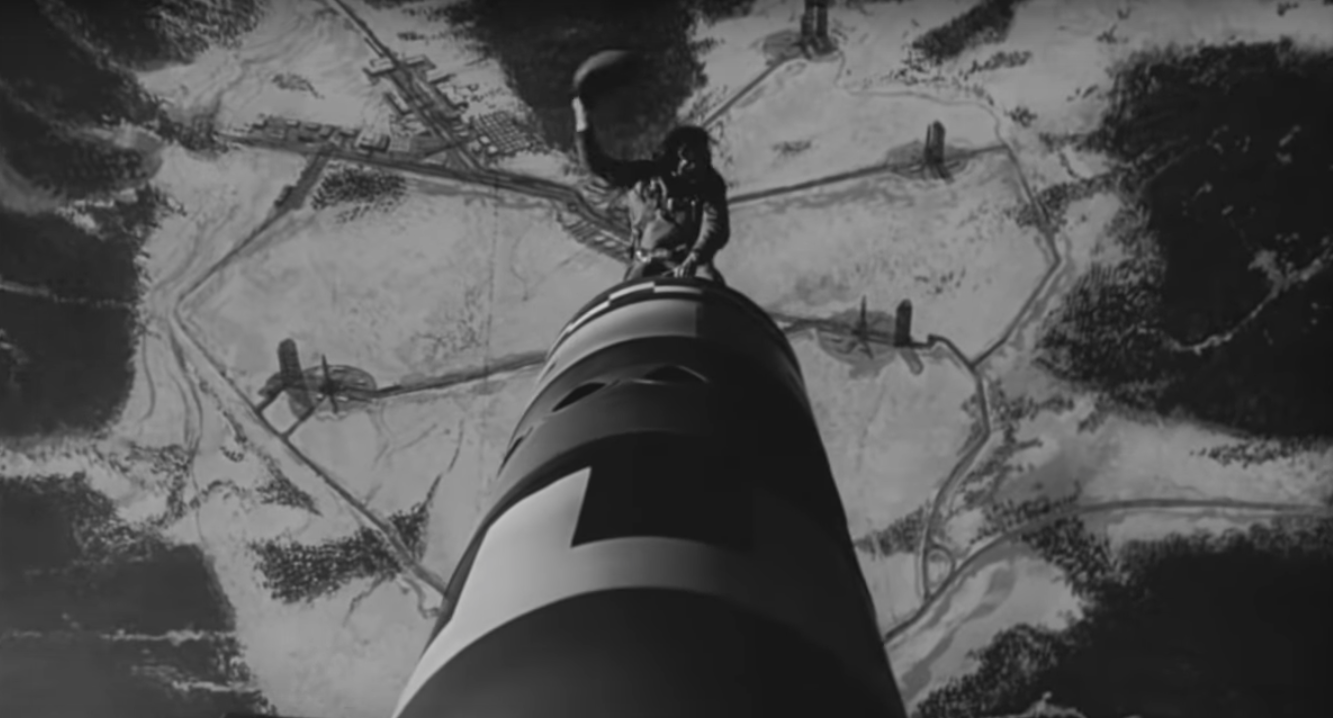 It’s not like this is a new fear. My mum is old enough to have sat through “Duck and Cover” film reels in school, where children were taught to duck under their desks in case of a nuclear attack, so that they may at least die in a calm and orderly fashion. This is not only an intergenerational trauma that we keep passing down, but also a fear that the world’s greatest powers encourage and perpetuate. And why not? War economies make a lot of money, and fear is a great way to pacify a workforce and engage a voter base.

Fear of a nuclear apocalypse has been reflected in popular media for decades, from ’80s era movies with Cold War themes (Red Dawn, War Games, Rocky IV), all the way to the media of the present day, including modern video games. I’ve played several contemporary games that deal with what happens after the end of civilisation. Hideo Kojima’s Death Stranding, which came out in 2019, depicts an America that’s on its fleeting last legs, placing you in the shoes of post-apocalyptic delivery man Sam Porter Bridges who embarks on a last ditch effort to save the country. In 2018’s Frostpunk, you’re tasked with creating a sustainable city in a frigid environment after climate change has made most of the planet unlivable. Even the first Fallout game from way back in 1997 used a world-ending nuclear war as its backdrop.

The video game apocalypse I keep returning to, though, is the one from Horizon Zero Dawn. This is the one that keeps me up at night. I’m about to reveal the twist in this game, so if you’d prefer to play it without knowing anything about its story – and it’s worth playing – then stop reading here. 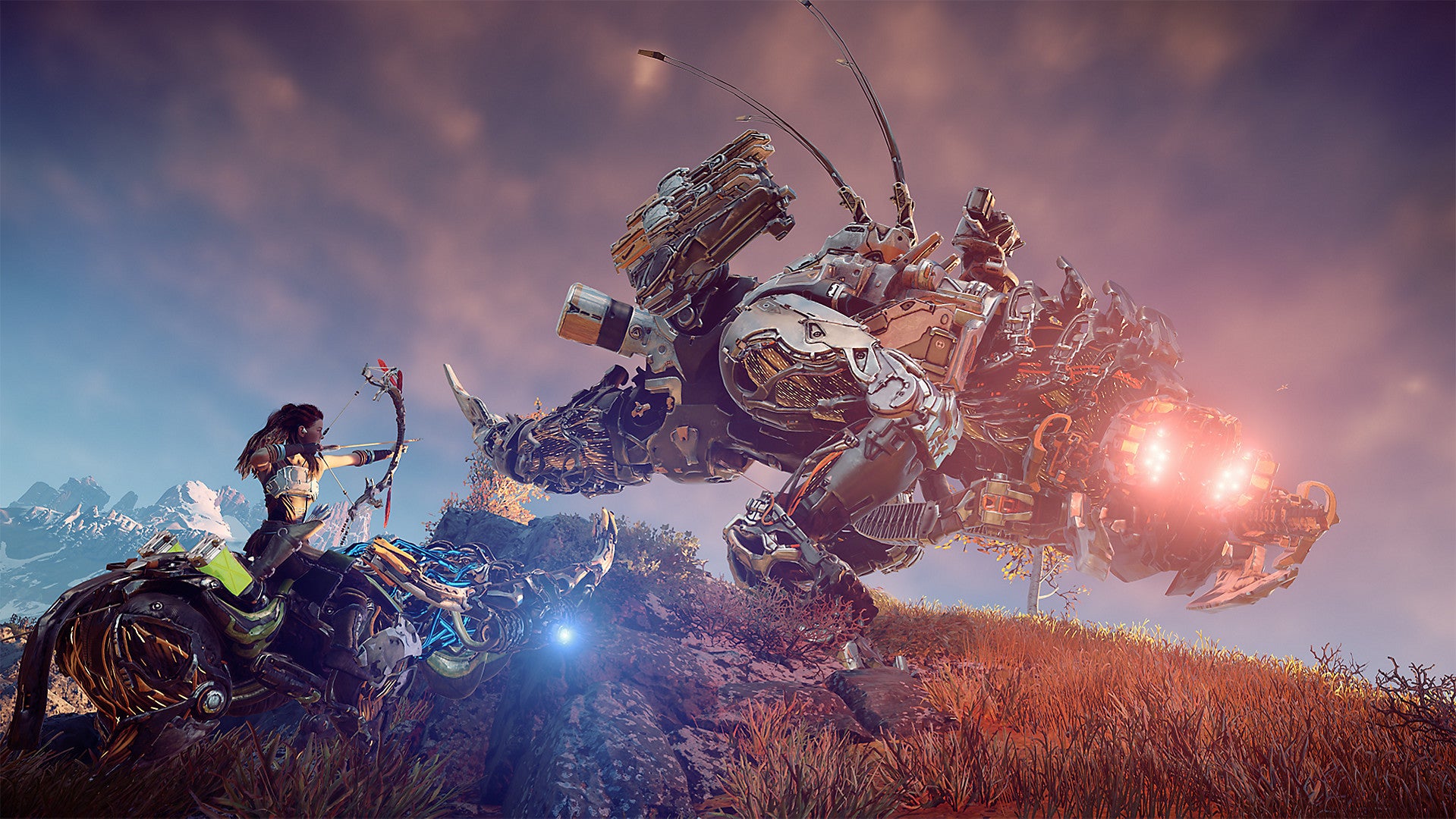 In the apocalypse depicted in Horizon Zero Dawn, there is a singular person to blame: Ted Faro. He’s a brilliant programmer, and the allure of using his skills to make AI-driven robots for the military for a huge profit was so great that he couldn’t resist. He made unhackable robots that could turn biomass into fuel and replicate themselves, and he also made it so they only obeyed commands from one master user. What could go wrong? Well, one extremely important thing: one strain of these robots stopped taking commands from its masters. This swarm of robots ate everything on the planet until it was a toxic rock.

It’s such a man-made ending, one I can see happening all too clearly. The things I consider to be some of modern man’s greatest flaws – the idea of technology being impartial, the fertilisation of machine learning and artificial intelligence, the military industrial complex and capitalism – are what the game posits will lead to the end of the world. Those last two, the military industrial complex and capitalism, seem to be the driving forces behind so many of the United States’ armed conflicts.

It’s hard for me to play Horizon Zero Dawn because I see so much of what’s wrong in our world reflected back at me. And in the lore of that game, those flaws completely destroy us, and the people who knew they were problems weren’t listened to until it was too late. In the world of Horizon Zero Dawn, the military led one last ditch effort to slow, not stop, the slaughter. Every person capable of holding a gun was sent to fight the machines. They all died. 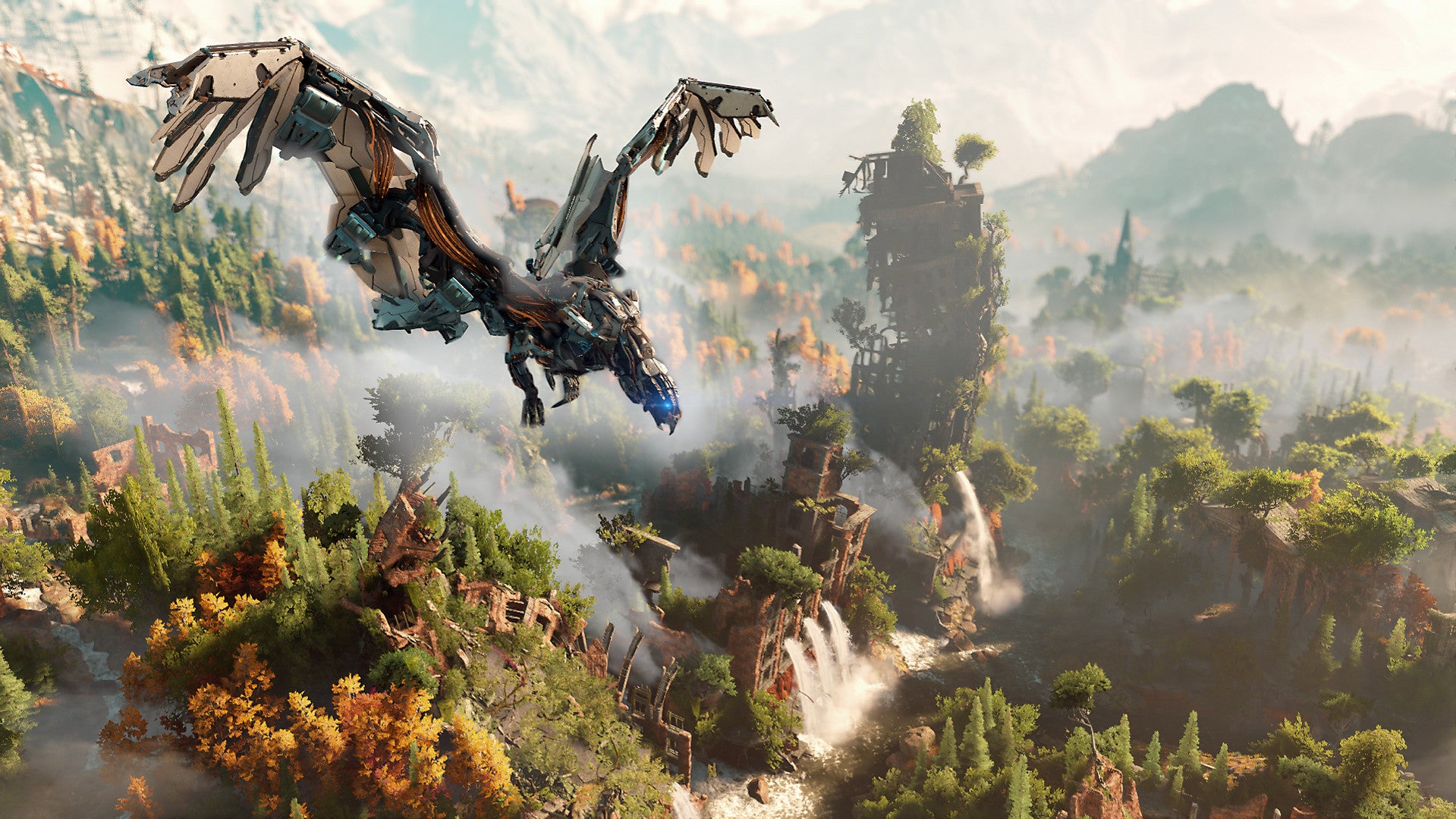 The day after the assassination of Soleimani, I scrolled through the popular-amongst-teens app TikTok, where all the aforementioned teens were making jokes about being drafted into World War III. We don’t need to look at imaginary wars to know that conflicts stoked by political powers will need a steady stream of bodies to enact. While the US hasn’t had a draft since the Vietnam War, a twenty-year war with an estimated total casualties between one and four million, the US military targets the poor for recruitment with the promise of a steady income or the ability to go to university. It’s not even like they’re subtle about it. During the so-called War on Terror, we had a military recruiter in my high school cafeteria every day.

I was talking about all this with my colleague Joshua Rivera the other day. I asked him if there was a counter-argument to all my pessimism. He looked at me and said, “Well, Rome fell.” I laughed. He was right – Rome did fall, but that wasn’t the end of all human civilisation. Many, many lives were lost, as well as art and historical artefacts, but human beings and many other civilisations elsewhere continued to exist.

Unlike the factionalism presented in games like Fallout and Horizon Zero Dawn, times of significant stress and upheaval haven’t always led people in the real world down the same path. A 2008 study analysing disaster myths as they pertain to Hurricane Katrina’s decimation of New Orleans found that while there were instances of looting and violence, there were far more examples of people working together.

“While there were well-documented instances of brutal hijacking, rioting, and looting in New Orleans after the deep flooding caused by the hurricane, there were many more reports of altruism, cooperativeness, and camaraderie among the affected population,” the authors of the study wrote. “The overall cooperative, prosocial, and altruistic individual and community response following Hurricane Katrina was similarly observed after the Asian tsunami of December 2004, and the July 7, 2005, terrorist bombings in London, and may have been reflected in the transient 40% to 60% drop in the homicide rate in New York City after September 11, 2001.”

The answer that I needed to hear, the one that calmed me the most, also came from video games in the end. All of the games I’ve played that showed me the end of the world also showed me life continuing after. Sam Porter Bridges does connect America, the citizens of your town in Frostpunk can survive, and although the United States of Fallout is irradiated, it’s still populous and mostly functional. Even in Horizon Zero Dawn, the one game out of all of these that makes me feel any fear, the story depicts what is ultimately a successful attempt to save human society and history. Everything will end. Endings are inevitable. But that doesn’t mean the end of everything.