The First Witcher Game Has Not Aged Well

2007’s The Witcher is a fascinating but flawed artefact from PC gaming’s past and that’s probably where it should stay.

I returned to the first video game entry in the popular fantasy series over the recent holiday break because, like a lot of other people, I’d just finished Netflix’s Witcher TV show and wanted to go back to where the adaptations started. While I found the familiar faces, voices, and grim fantasy-noir monster stories that make the Witcher-verse one of my favourites, I also ran into a tough-to-navigate UI, laughably bad character conversations, and a world whose beauty is hidden.

Having grown up with 8-bit games, I like to think I have a pretty high threshold for outdated graphics, but The Witcher is one of those games whose visual ambition at the time has led it tumbling down into the uncanny valley in the decade since. 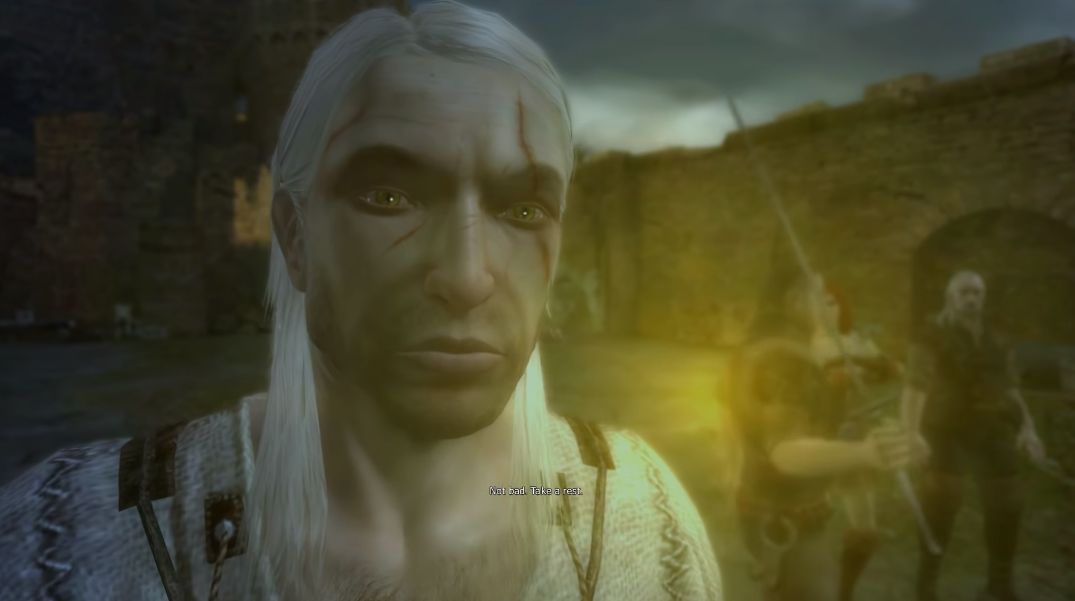 There’s no other way around it: in this game Geralt has a horse face.

And he’s not the only one who looks extremely weird. The struggle to add as much detail and depth as possible with the tools available at the time has made a number of characters now look creepy. Vesemir looks like a wilted Sean Connery while Triss Merigold looks like a glassy, oblong mannequin. The little bespoke animations and camera flourishes that helped elevate The Witcher 2 and 3 are also missing. The results are clunky and stiff conversations like these:

Unlike the second two games, which used an in-house graphical engine, CD Projekct Red developed The Witcher using BioWare’s Aurora Engine. The studio has talked in the past about how much it struggled working within the confines of an engine designed for the isometric RPG Neverwinter Nights, and, especially in the year 2020, it shows. The Witcher can be played in a zoomed-out isometric view, close-up and over-the-shoulder, or a hybrid of the two, and roughly 10 hours into the game I’m still not sure which one is the least aggravating.

The isometric view utilises the mouse for everything, making it easier to go back-and-forth between running around villages and checking your map and inventory. It makes you feel removed from the action, though, like you’re playing a strategy game. Over-the-shoulder makes manoeuvring clumsier since your field of view is severely limited, but it looks the most like the third-person action that fans of The Witcher 3 have grown accustomed to seeing. In the end it’s easier to switch back and forth depending on whether you’re primarily in combat or completing fetch-quests, but it makes it hard to stay focused on the characters and story.

The game’s difficulty spikes and janky combat also make that hard. Thank the video game gods that saving whenever you want has been the longstanding default in PC games, because The Witcher is definitely one of those RPGs where any encounter can kill you if you get caught by surprise or accidentally bite off more than you can chew. It’s satisfying to try and time sword attacks to break out into combos and keep switching between “schools” of witcher swordplay depending on the types of enemies you’re dealing with, but on more than one occasion a few misclicks have spelled my downfall. 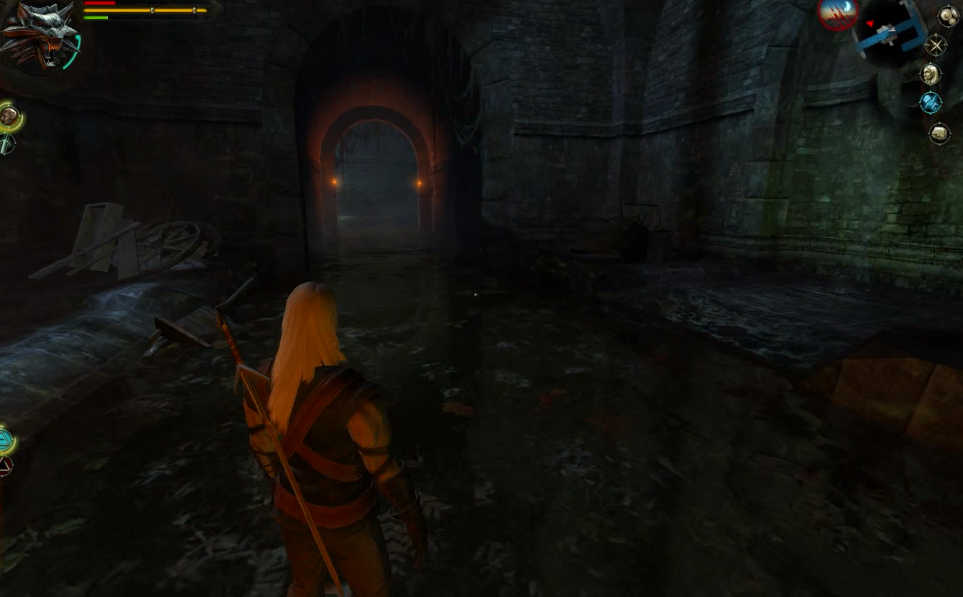 That’s not to say that there isn’t ultimately a lot to enjoy in developer CD Projekt Red’s first stab at a video game adaptation of Polish author Andrzej Sapkowski’s books. If you’ve come to love voice actor Doug Cockle’s version of Geralt as I have, the core of that performance – gruff, curt, and dry humoured – is already going strong in the first game. The characters whose problems you’re tasked with solving also still have that bit of unexpected flare and roughness that have helped set the more recent Witcher games apart. No one is afraid to tell you to piss off in The Witcher if you say something that offends them, and there are no cookie-cutter heroes and villains.

There is filler though, and the game is padded with boring quests to kill mobs of enemies and pick herbs. Early on, Geralt finds himself navigating the sewers below the capital city of Temeriam and it’s as dull and tedious as anyone who has ever played the sewer portion of an RPG would expect. I trudged through those dank waters anyway, because I still have an insatiable appetite for anything Witcher-related I can get my hands on. And as a museum of lore that helps explain and build out the world of the Witcher 2 and 3, it has plenty to offer. The Old Friend of Mine quest alone is worth it for any mega fans who want to see Geralt party it up with all of his old pals. Everyone else is probably better off admiring what The Witcher accomplished from afar, or wait to see if it ever gets remade.