Lost Ember Lets You Play As Loads of Animals, Like Wombats And Hummingbirds

At this point “Charming Game Where You Play As An Animal” has become something of an indie game staple, but there’s a good reason for it. In many of these games, you can see the world from a fresh perspective and immerse yourself in nature. Lost Ember capitalises on these strengths, giving players a mysterious story to unravel and the ability to leap into the body of any animal they see.

In Lost Ember, players first inhabit the body of a wolf who encounters a wandering spirit. The spirit reveals that the wolf is the reincarnation of a fallen human warrior. Most beings who die, according to the story in this game, rise up like fiery embers into a blissful city of light. Sinners and the unfaithful are reborn as animals and beasts. In helping the lost spirit, the wolf starts to learn more about who they were in their original life. What was their sin? What did they do to find themselves cast out from heaven? Slowly but surely, a picture begins to form.

To progress on their journey, the wolf gains the ability to leap into the body of any animal with whom they cross paths. The result is comfortable open world exploration merging with the qualities of a Zelda dungeon. Need to explore a tunnel, hop into the body of a wombat and make your way through it. Can’t jump down a cliffside safely, find some flowers with a few hummingbirds around them and become one of the birds so you can flitter down. It feels a bit like playing Everything, but with more of a narrow focus. There’s incentive to explore⁠ – you can find different visions of the past or hidden collectible objects – but you always have a larger drive forward as well. Finish your quest and follow your spirit friend forward to a ruined city that will hold what you both seek. 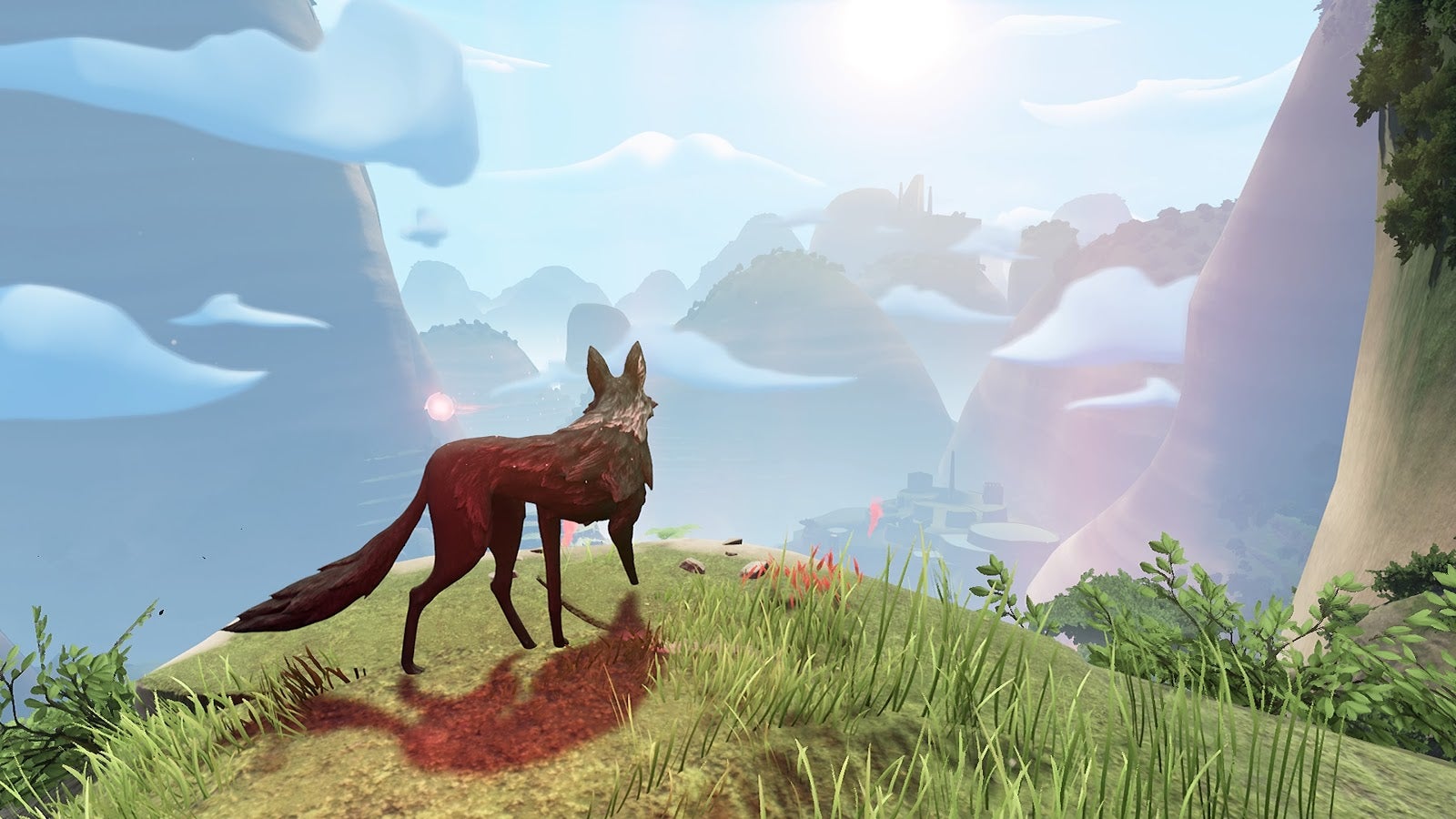 This isn’t a press shot. This is just a picture from me playing this really great looking game.

Lost Ember released last year, and now I’m a bit guilty that I wasn’t able to play it before the end of 2019. It’s not just relaxing. It doesn’t just have some of the most beautiful environments that I’ve seen in a long time. It’s also smart. A testament to what smaller and more focused games can do. All of the pieces come together into a story about regret, nature, and the fact that nothing lasts forever. That it manages to tell that story with a strong mix of ideas is fantastic. I want to explore every inch of this world. As a fox, as a soaring bird, as everything.