Lego Builder’s Journey, out today on Apple Arcade, is a far cry from the usual lighthearted and playful Lego video games. It’s a quiet, thoughtful puzzle game that wordlessly tells the tale of a father and son discovering the importance of play. It’s an incredibly nuanced toy advert that hits me right in the dad glands.

Do I play enough with my children? Do I take them time out of my busy writing and game playing schedule to sit down and actually engage with them? Or do I start to play with them, then abandon them for my work, resulting in them building a Lego robot to accompany them on a contemplative journey of puzzle-solving discovery? These are questions Lego Builder’s Journey raises as players progress through screen after screen of building puzzles. As someone used to whacking minifigures with Lego lightsabers until their body parts break apart, it’s a strange but not unpleasant way to play.

Each puzzle is a Lego diorama. Initially, the player is tasked using Lego bricks to help create a path so the son character can reach the father character. To help the boy scale a cliff, one must build bridges or stairs. To cross a pool of bubbling mud, step-like pieces must be moved quickly, lest they sink into the mire. Brick manipulation is simple and intuitive, and connecting pieces results in that satisfying Lego click.

The puzzles in Lego Builder’s Journey start simply. In early levels it is obvious where a piece needs to be placed in order for the child to proceed. As the game progresses, players gain more and more freedom to interpret and solve each puzzle in their own ways. In the level pictured below, water carries random bricks across the screen. The player can pick them up and place them, or let them pass. The goal is to create a ramp from where the child character sits in the top left to the square panel on the bottom right. How the player gets there is entirely up to them. 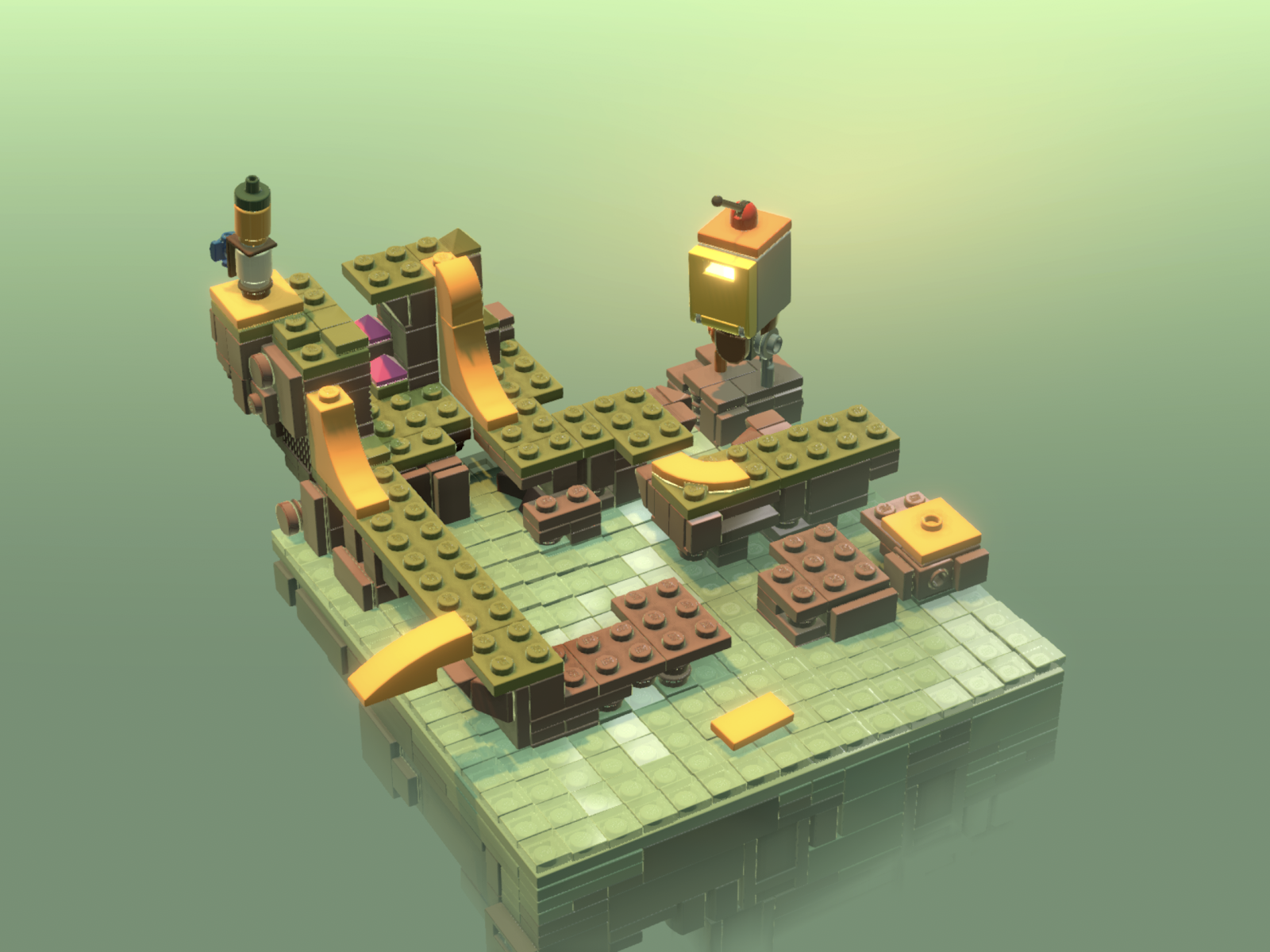 This is the creative Lego play I hope my children engage in should they ever get the itch to crack into the 40-pound storage container of Lego bricks I’ve been saving for them since before they were born. (I like to plan ahead.) I want them to have choices. I want them to use their imaginations. I want them to give me an excuse to buy more Legos.

Lego Builder’s Journey is the first game from Lego’s new in-house development studio Light Brick. As much as I enjoy the wacky licensed Lego games we’ve gotten up to now, it’s nice to see a developer taking the toys in a more thoughtful direction.