Many PC peripherals glow. PC hardware and accessory maker Razer has made glowing one of the fundamental features of its products, creating an entire ecosystem of game-, sound-, and video-reactive LED-strobing doohickeys. I have a mouse pad with an LED border that cycles in time with my keyboard, mouse, headset, and headset stand. That’s the PC gaming glow advantage. Meanwhile, on consoles, we get this. 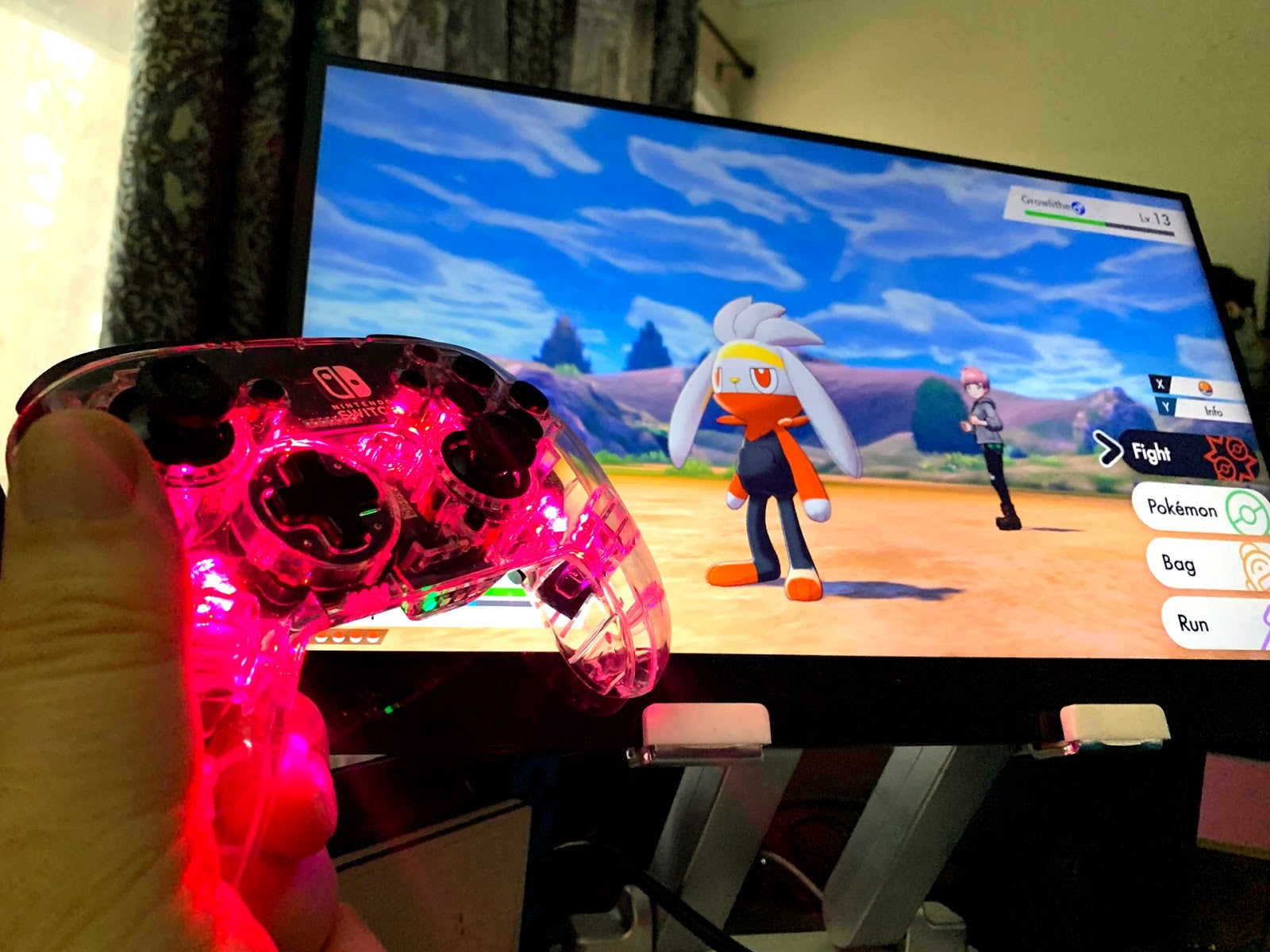 The LEDs in the Afterglow Wireless Deluxe Controller do not react to my on-screen actions. They don’t flash when Scorbunny evolves into Raboot. They don’t dim when I am approaching a trainer battle. They do cycle, and they can be set to any number of colours using the unit’s function and shoulder buttons. They can even be switched off, revealing a lovely, well-built, translucent skeleton of a controller. 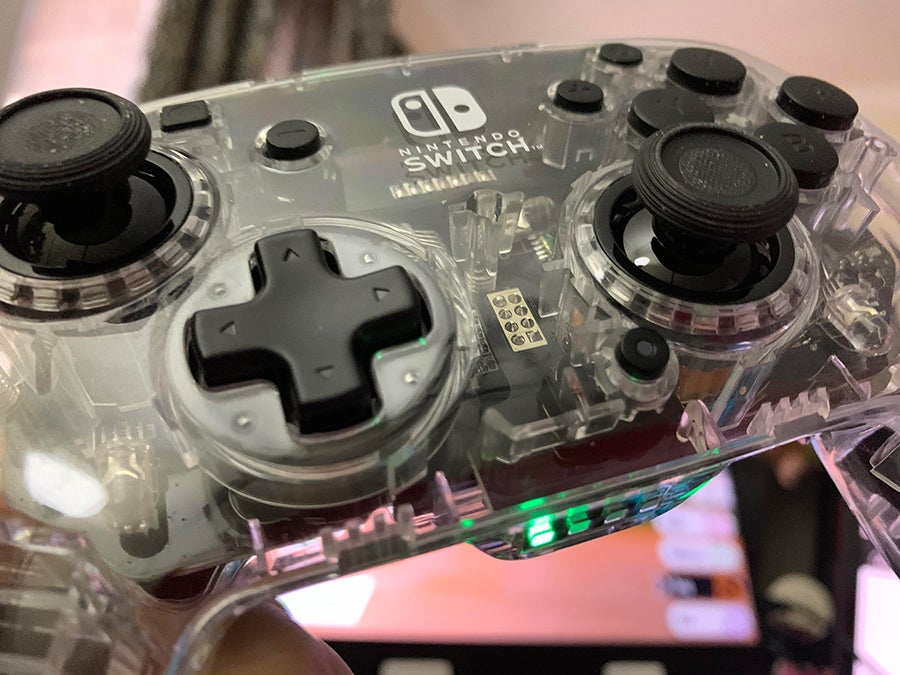 Unlike many third-party wireless controllers for the Switch, the Afterglow supports motion control, though not any sort of rumble. The back of the unit features a pair of programmable paddles, additional buttons that can be quickly mapped to any other button on the controller on the fly. The controller’s 20-hour battery life means I can have a randomly glowing piece of hardware on my desk for a nice long time before having to plug it in for more hot glowing action.

But really, I’m just here for the glow. PDP has been making the Afterglow line of controllers for years now, with models for nearly every console just a-glowing away like an old glow-dog. Between the Afterglow line and its Rock Candy series of translucent plastic controllers, PDP has made console gaming a great deal more colourful. 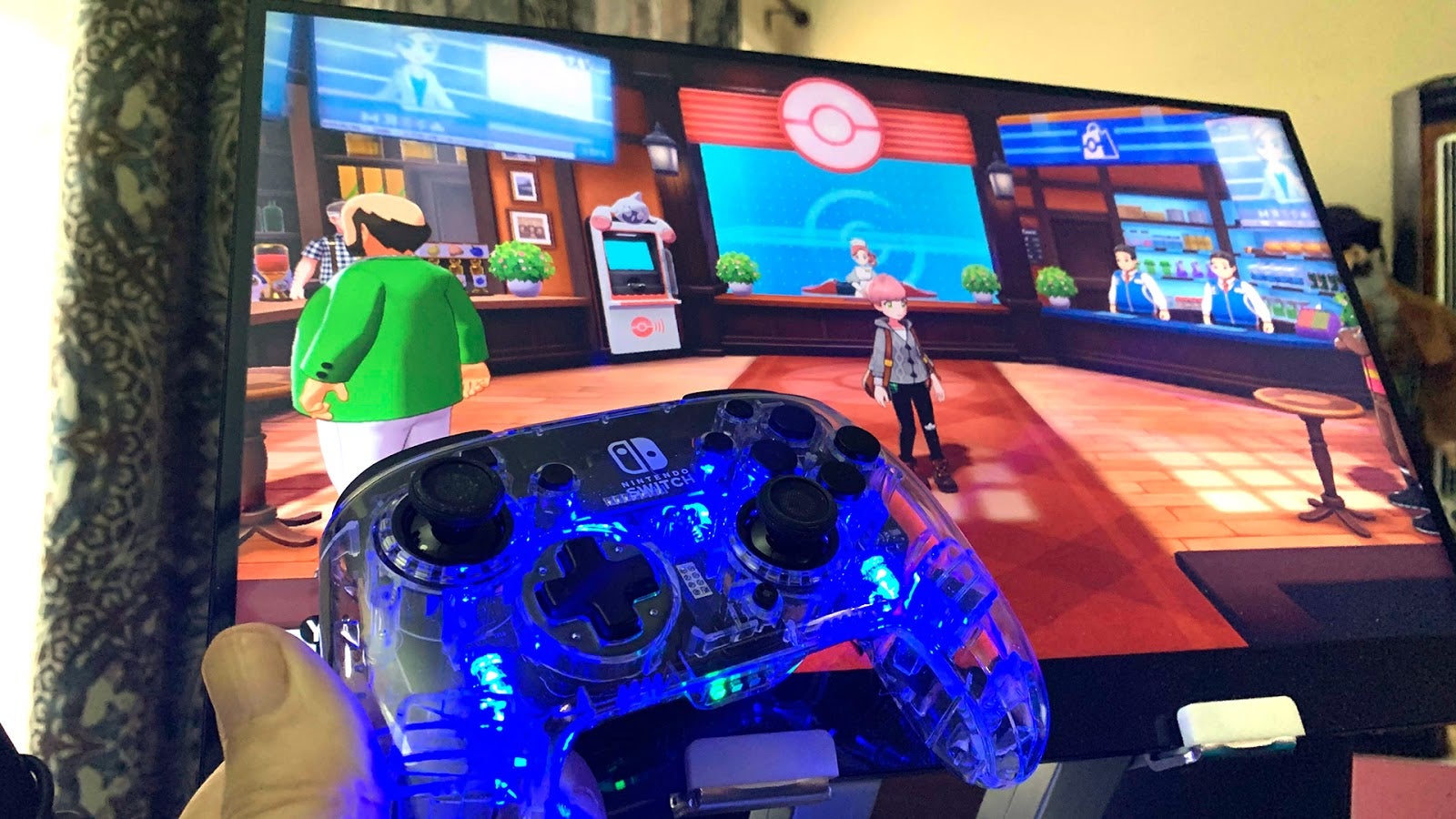 I don’t need a glowing controller, but should the opportunity present itself, I’m going to shine.