Isabella Scheiber, who has a PhD in Behavioural Ecology, has been working with and studying geese since 2012. She said that the goose depicted in Untitled Goose Game is the domestic greylag, a sub-species of the “true greylag” goose from which it was bred over 3,000 years ago.

“Domestic geese are bred to be loads bigger (about 6.5 - 7.5 kg), whereas wild greylags only weigh approximately 3-4 kg when fully grown. Because the domesticated form are so big, they most often are incapable of flying,” Scheiber said over email. “The domestic goose can have the same grey coloration as the wild goose, more often, however, they are completely white, or their feathers are a mix of both.”

Because domesticated geese don’t fly, they use their wings for intimidation and fighting, Scheiber said. She said that the goose’s “threat posture” is accurately reflected in Untitled Goose Game. In fact, most of the buttons you can press in the game help enact that posture: stretching the neck forward and spreading out their wings. What’s less accurate is Untitled Goose Game’s movement. Geese don’t waddle when they walk, Scheiber said, and are actually quite fast, which can make an approaching aggressive goose seem scarier than the horrible goose of the game. 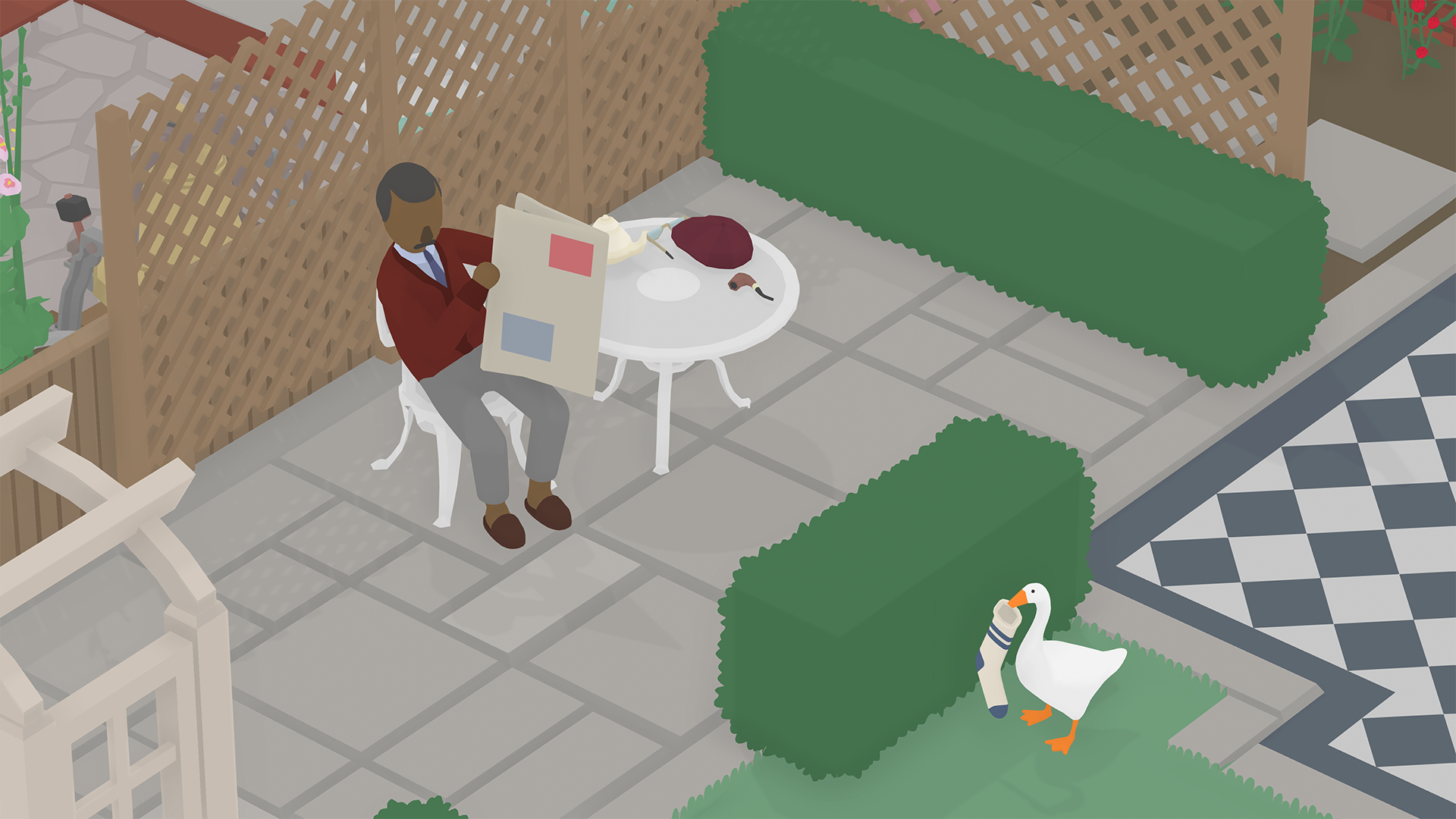 “When [geese] attack, indeed they stretch their neck forward, and point their head down towards their opponents, and move forward towards the opponent quite fast! And they do spread out their wings,” Scheiber said. “This is a definite threat posture and a sure sign that they will try to attack, if the opponent does not get out of the way. This is realistically shown in the game.”

Scheiber said that geese don’t typically make as much trouble as they do in Untitled Goose Game. Wild geese generally aren’t very interested in humans. Human-raised geese are more curious, and would be more likely to steal objects and cause a ruckus.

“Particularly as juveniles, they are very nosy and they love to pull on things like strings, long hair, earrings etc. We also had them steal data sheets, which they happily run around with. That’s because they feed on stuff they have to pull out of the ground (like grass) or in water,” she said. “I could imagine that if, e.g. a gate might be locked by a pulled through string, they might be able to open that by pulling the string out!”

Human-raised geese are also more likely to attack, Scheiber said, and that she knows from experience that being whacked with a goose’s wing is quite painful. 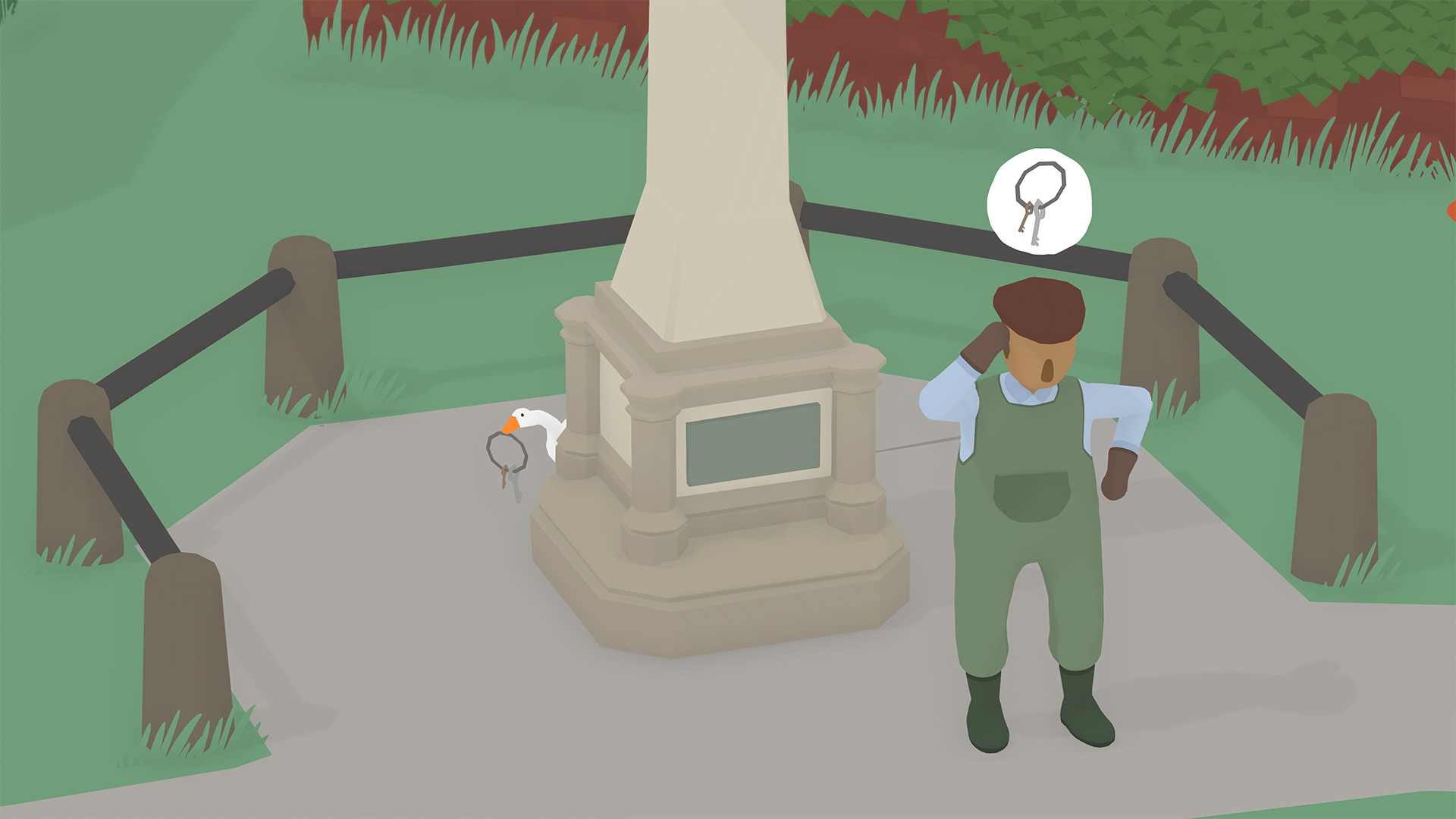 Scheiber said that in general, geese aren’t going to bother you as much as they do the humans in Untitled Goose Game. In fact, one waterfowl expert I spoke to requested anonymity because they thought that the game might give geese a bad name. This person stressed that geese, in general, are well behaved and not aggressive. When they do become aggressive, it’s most likely because they are defending a nest. But at the end of the day, geese are animals, and no matter how close you are to a goose, they will behave like an animal. A gosling that’s given to a child as a pet will, in a few weeks, grow to the size of that same child, and then attempt to assert its dominance.

“The goose may chase the child’s friends who will run and squeal, so the goose knows he has won. And goes on to do it again because the behaviour seemed to be ‘rewarded.’ This is one reason why some people are afraid of geese,” they said. “There are often YouTube clips of people being attacked, but I would be very surprised if there is not a backstory to these interactions. If it were you or I behaving that way someone might suggest cognitive behavioural therapy, but most of us just laugh and reach for our smartphones.”

Both this person and Scheiber said that geese in general don’t want to steal from you or make mischief. Wild geese are more concerned with their personal goose business, and domesticated geese are for the most part just curious, and unable to manipulate large or heavy objects as they do in Untitled Goose Game. It’s worth knowing how to tell when you’ve made a goose feel threatened, but they’re not coming for your glasses.