Alien: Isolation is Too Frustrating on the Switch's Small Screen

It’s a meme at this point to say that any given game is better on the Nintendo Switch. It’s often true: Having great games on the go means players can enjoy cult classics and new releases wherever they want. Alien: Isolation is a fantastic horror game, frightening and atmospheric – but it’s an exception to this rule. Switch’s handheld mode makes it too damn hard to see anything.

Alien: Isolation originally released in 2014, delivering the Aliens experience players had been craving for years. It was neither about space marines nor clashing with the Predator: It was you, a space station, and one horrible alien that could kill you in an instant.

Isolation is the ultimate game of cat and mouse, building on the foundation of classics like Resident Evil 3: Nemesis. Players guide Amanda Ripley, daughter of Ellen, through a ruined space station packed with looters, rogue androids, and the titular alien. Run too fast? The alien will hear it. Take too long at a terminal? That’s 10 more seconds the alien gets to home in on your position. Every move matters in Isolation, and being able to track your surroundings is crucial.

Unfortunately, that doesn’t really happen if you play on the Switch.

My time with Isolation has been spent in portable mode. In retrospect, that feels like a mistake. Between the Switch’s meagre speakers making it hard to hear without headphones plugged in, and a small screen making it harder to see, I never felt quite comfortable playing. Isolation demands that players immerse themselves in the moody sights and sounds. You need to hear footsteps in ventilation shafts and peek around corners to catch the slightest glimpse of the alien. Much of that translates to the Switch, because Isolation is that good of a game. But there’s always a sense that you have to strain to get information in a way that’s unique to playing on Switch. Tiny screen, tiny alien. Tiny speakers, tiny sounds. 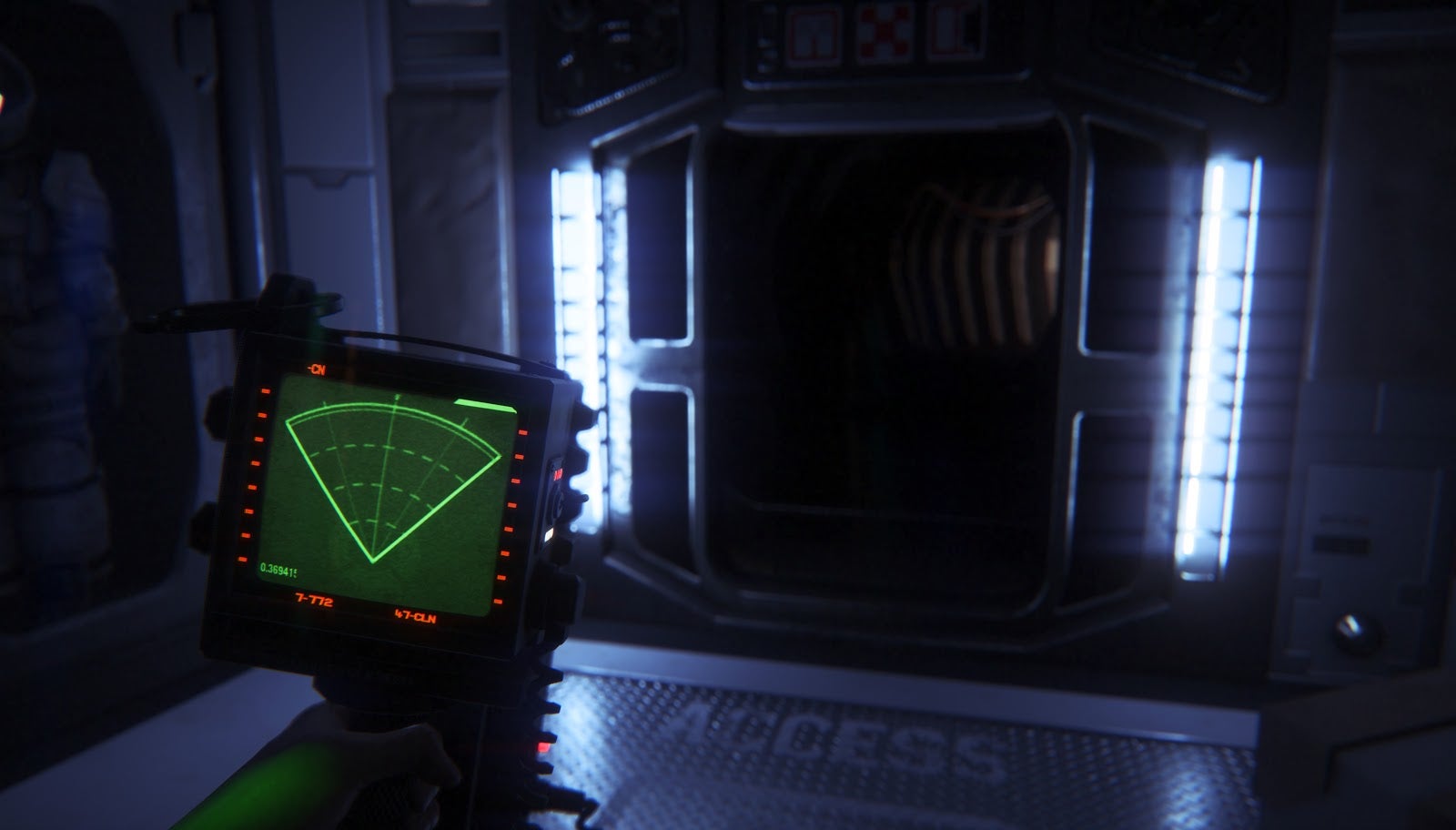 It’s possible to push through much of this. Pop on some headphones, keep the lights low. This is a masterful horror game, and if you haven’t played it yet, you really should. There’s simply a new enemy worse than the alien: screen glare. If you want to play in handheld mode, it’ll mean every little piece of your real-life surroundings being reflected in the dark screen. Isolation is a dark game, and that darkness is essential. You either turn up the brightness and kill the mood, or get used to seeing your stupid mug in the screen reflection. I’ve never really had this issue with a Switch game before, but it’s a huge issue here.

Of course, you could skip all of this by playing with your console in docked mode. That’s not everyone’s preferred way to play, however. Hell, if you have a Switch Lite, you can’t play in docked mode. Isolation is a faithful port – but perhaps too faithful, given the platform. Few games deliver such a terrifying experience, but if you want to play Alien: Isolation on Switch, plan to play it in TV mode or not at all.