When Microsoft’s video game streaming service, Project xCloud, began its beta last month, there were only four games available to test. Now there are over 50. I spent a day taking the service on the road with me to see how it’s working.

Currently, the service streams games from Microsoft’s servers to a smartphone or tablet and requires a bluetooth controller, Xbox One or otherwise, to start playing. In the future, Microsoft plans for xCloud to also stream to PCs, support touch controls, and carry save data over seamlessly from your main Xbox console. While the current version is pretty barebones, the straightforwardness is nice. Just start up the app, select a game, and start playing.

As someone who often commutes, sometimes long distances, I’m uniquely situated to benefit from the convenience and portability of video game streaming. If xCloud can let me take an Xbox One (and eventually a Project Scarlet) with me wherever I go, it could fundamentally change how video games fit into my life. Of course, so would self-driving cars. It’s not clear yet just how close either of those futures is.

I come to. It slowly dawns on me that it is not the weekend and in fact only Tuesday. I prepare the coffee machine, put some 10-grain cereal in the microwave for my partner, and set it for three and a half minutes. This is precisely enough time to boot up the xCloud app on my phone, load Borderlands 2, and get through the opening credits. The only thing that feels different is instead of staring at a 40-some-odd-inch display in my living room, I’m staring at my Pixel 3 on the kitchen counter and simultaneously noticing where last night’s chilli has left a stain on the formica. 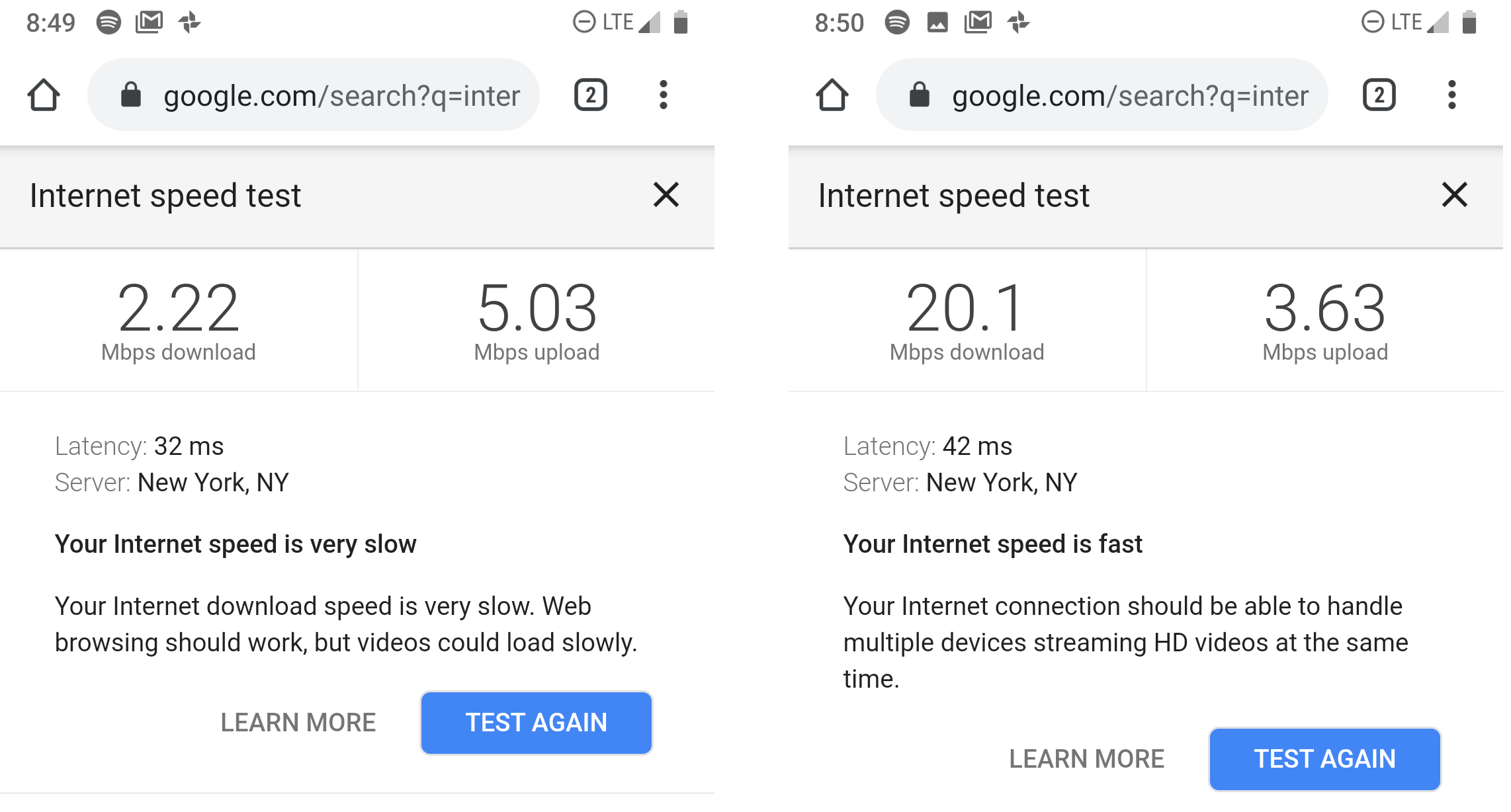 The microwave pings; I deliver breakfast and take my coffee upstairs to get a shower. Borderlands 2 comes into the bathroom with me, not because I’m intent on playing but because I take my phone everywhere. Usually I sit it in the shower caddy and play a podcast. Today I spend my precious few minutes under the scalding hot water listening to Claptrap make jokes which were never funny but which, over the course of several playthroughs, I’ve grown fond of anyway. After dressing, I take a few moments to run around in the game. It’s responsive, although the audio momentarily cuts out here or there. The only place I can detect a hair of lag is in the menu system where the analog sticks on my Xbox One controller begin to feel ever so slightly sluggish.

After driving to drop my 5-month-old off at my parents’, ladling leftover chilli into an old takeaway container, and generally doing a bunch of other necessary things which are not playing Borderlands 2, I leave the house to grab the bus at the top of my street. 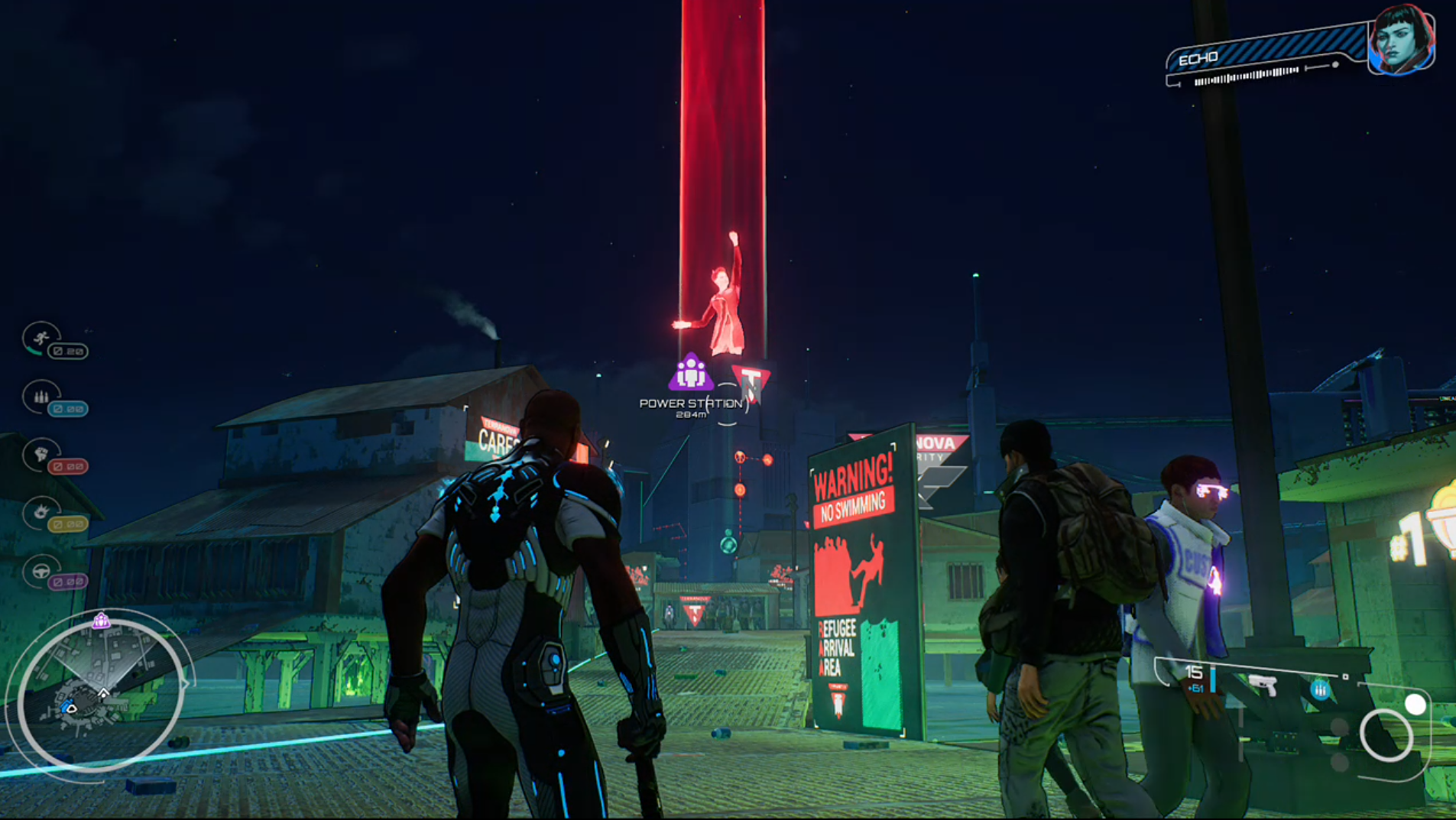 This should be the first big test of xCloud’s capacity to seamlessly fill the lulls in my existence over my phone’s unlimited high-speed internet connection. It is instead a test of whether I can juggle my coffee, backpack, phone, and Xbox controller without only one or two dirty looks from the people around me. This means means wedging my backpack between my legs, resting my phone on top, and clutching the controller in a right-handed death grip. There are no games that can successfully be played this way, but I manage to load Crackdown 3’s campaign. It also begins with a long cutscene. Terry Crews’ monologue goes off without a hitch. Then the bus hits a pothole and displaced coffee lightly sprays my setup.

A few minutes later, it’s time to transition to the subway. Once I’m resituated, I drain my coffee and put the thermos away so I can focus on Crackdown. The train is above ground for the first half dozen stops or so. During this time, the game occasionally stutters, but nothing too bad. Instead of a constant feeling of latency, slowdowns seems to come and go all at once. It’s not ideal, but it’s better than feeling like everything I tell Crews to do is on a split-second delay. While there’s still a greater delay than if I were playing on my Xbox One at home, it’s mostly imperceptible while I squint at my phone’s small screen, surrounded by strangers whom the operator implores, for the love of god, not to go between cars while we’re in motion. Then we go underground. The game immediately cuts out, and xCloud sends me back to the main menu. While I can generally stream music, refresh Twitter, and send emails underground, stream Crackdown my phone cannot. Anyway, I need to be ready to make a mad dash at my stop to make my last train.

On the train, I pull down the tray from the seat in front of me and fashion a makeshift phone stand out of my journal and some napkins. This time I boot up Halo 5, opting for a quickplay multiplayer match. I assume it’s going to be a dumpster fire, but surprisingly, it works! I’m loaded into a game of Slayer with seven other people and somehow manage to get my first kill within seconds. Everything works, from shooting to throwing grenades to sprinting. Occasionally the screen melts into a pool of random colours and shapes, after which I’m usually killed or find myself running into a wall, but I don’t get disconnected. What would be dreadful for a high-stakes competitive match feels surprisingly satisfying for being on a train going over 100 miles an hour. I wish I could grind through any number of battle passes on my console games this way.

At work, I switch to the office wifi, which performs noticeably worse than my phone. I try a smattering of games between other tasks. Mark of the Ninja, a single-player indie stealth game from several years ago, plays flawlessly for the opening level. Ace Combat 7 struggles. While it feels inherently impressive to be flying through its beautiful skies on such a small device, the occasional lapses in control send me spiralling into the water. 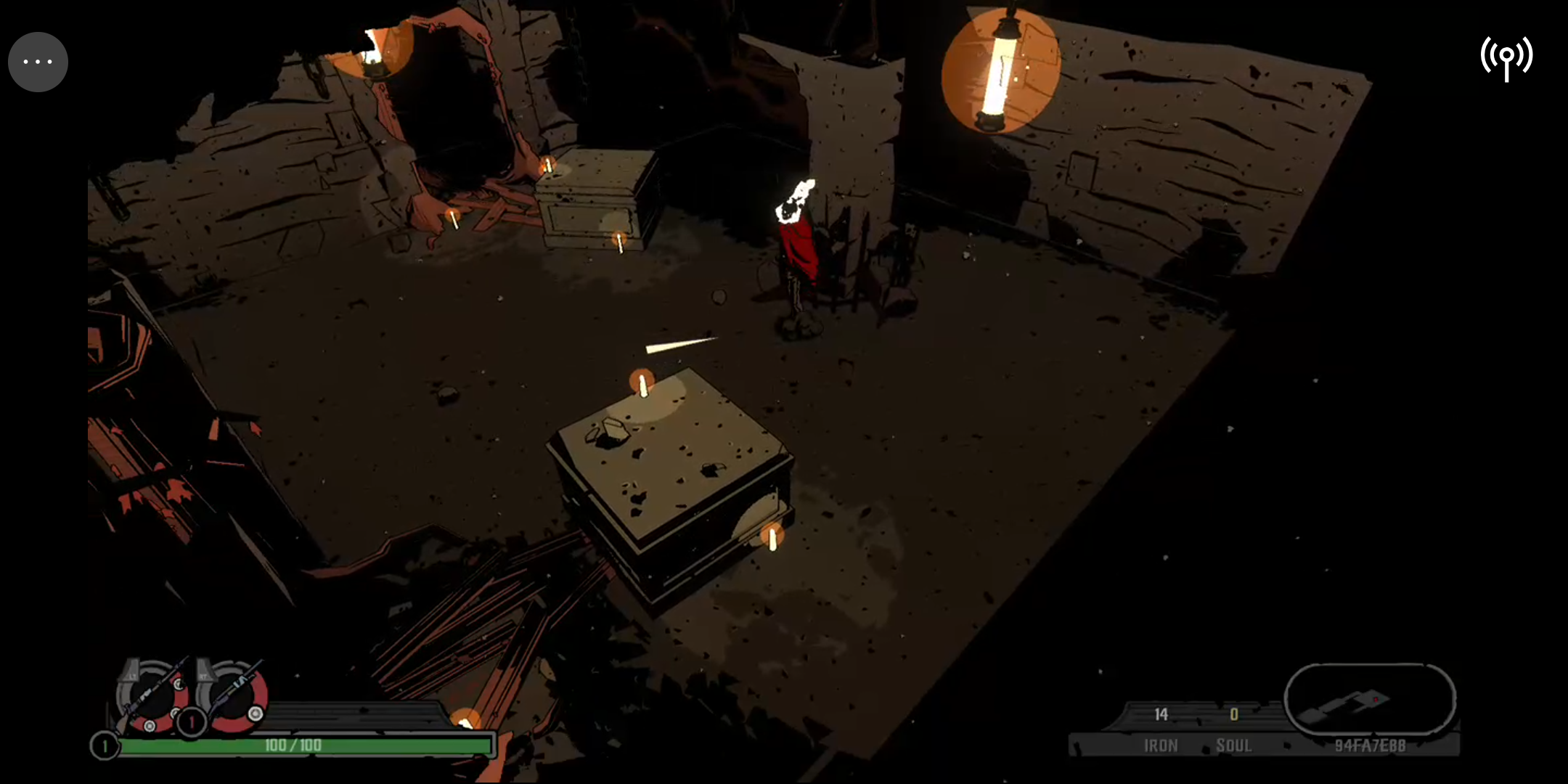 After leaving work but before running to catch my Megabus, I check a games shop to see if they have any phone mounts for my controller. The guy tells me that they are only really sold online currently but suggests I try a bigger store several streets away which, because it’s in the opposite direction of my ride home, I have to abandon.

Fortunately, but weirdly, the bus was mostly empty. Do my former Mega-ites know something I don’t? If I must go out in a blaze of double-decker glory, I decide it would only be fitting if I were playing Forza Horizon 4 when shit went sideways. The game was gorgeous when it came out last year and looks remarkably crisp and vibrant on my phone. Steering has the same problems I encountered with Ace Combat, leaving me to veer off course as I try to overcorrect during the lag. I’ve never set record times in Forza, and I’m certainly not going to do it when the picture quality constantly crashes, but for the periods when everything is running smoothly – chunks of 10 seconds – it’s fun to be gunning it down an English countryside in a McLaren Senna while a 100-tonne steel death trap shuttles you through industrial estates. 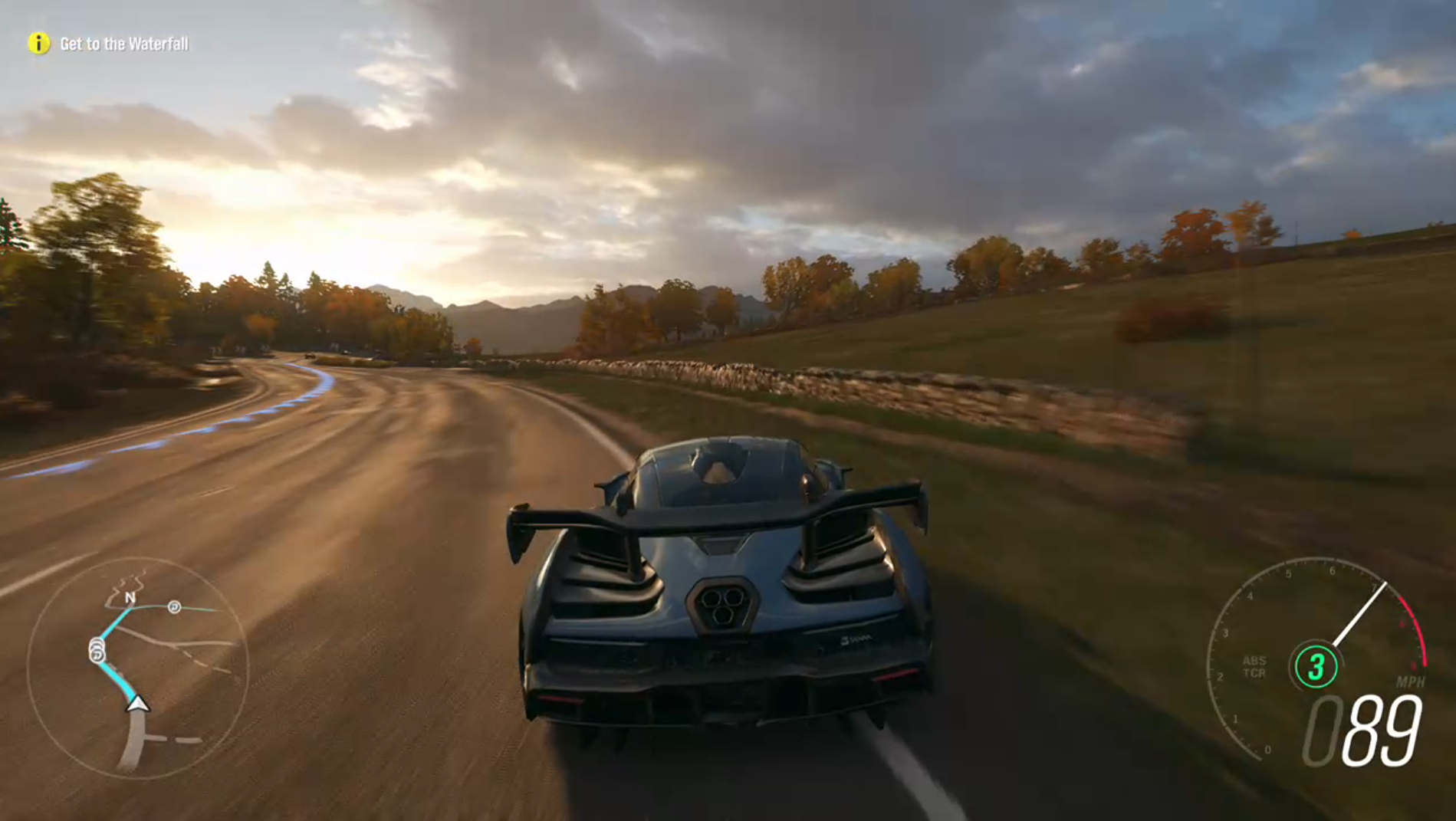 I switch to Soulcalibur VI for the last leg of my trip. Fighting games are fast and unpredictable, and I expect the game to be a jittery mess. In an arcade mode match, I only suffer one framerate crash. The music occasionally cuts out, but the fighter’s movements (Mitsurugi, always Mitsurugi) look and feel fluid enough. I could conceivably play through the game’s entire incomprehensible story mode this way. Instead I switch to an online match where I promptly get my ass kicked, but not because of any technical glitches. I’ve played online matches in games like Super Smash Bros. Ultimate at home with more lag and latency than what I experienced streaming a few matches of Soulcalibur VI.

I play one more match at home on my own Wifi. Parts of it are better than the previous one I’d just played on the bus. Parts of it are worse. Throughout the day, I’d done speed tests to measure my connection. Whether on Wifi or LTE, my speeds varied wildly, sometimes from 5Mbps (very slow) to 25Mbps (fast), sometimes within the span of a few seconds (the service requires a minimum of 10Mbps down). In the end xCloud used 2.54 GB of data for somewhere just over an hour of usage.

The hardest thing about getting a firm grasp of any streaming technology is isolating all of the other variables involved. In xCloud’s case, that’s my phone, my mobile network provider’s coverage and signal strength, and the Bluetooth connection to my controller. Ironing out all of those kinks seems like a monumental task for a single company, even one as big as Microsoft or Google.

For those low-key moments, the experience doesn’t necessarily need to be perfect. While I’m impressed by how well xCloud performs in testing, the most appealing thing about it, at least right now, is the already large library of games it works for. Performance matters a lot when you’re sitting down to play a big game you’re really psyched about, but when you’re casually trying something out, xCloud’s current library of 50-plus games is an enticing way to catch up during downtime.