If you’re the sort of person who sees packs of animals majestically gallivanting about in forests or on the National Geographic channel and thinks “I need to manage those”, you’re in luck: Planet Zoo is now out on Steam. But does it have Steam users squawking, or do they want to lock it up and throw away the key?

A little bit of both, honestly. Planet Zoo has put many Steam users in a pickle, much like it did to Kotaku’s own Luke Plunkett. He adored the game’s surprisingly large roster of fuzzy pals, but felt like the management side of things didn’t really gel. Similarly, many Steam users have taken aim at Planet Zoo’s overt similarities to the previous Frontier-developed management game, Planet Coaster. This creates a sort of dissonance with all the new animal-based activities. While some say this game has managed to fill the Zoo Tycoon-shaped hole in their hearts, others are – like incensed zoo animals in the process of mounting a daring escape – very much on the fence. 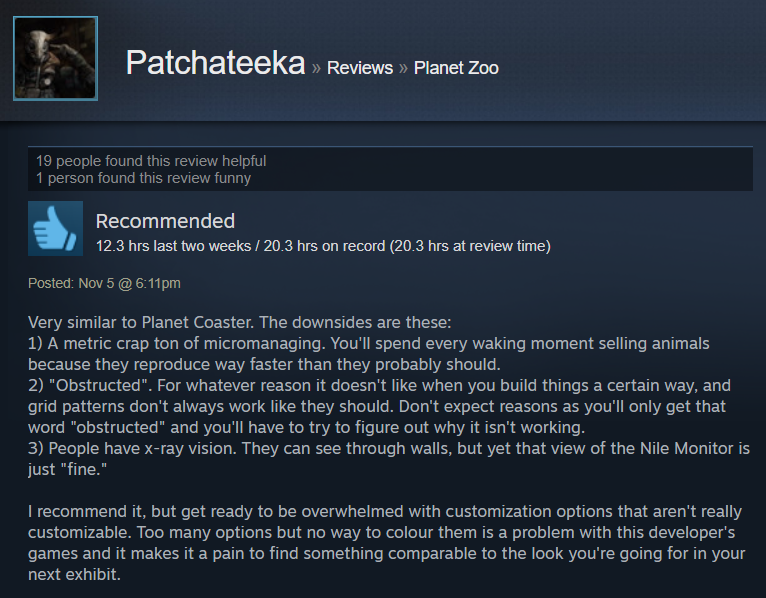 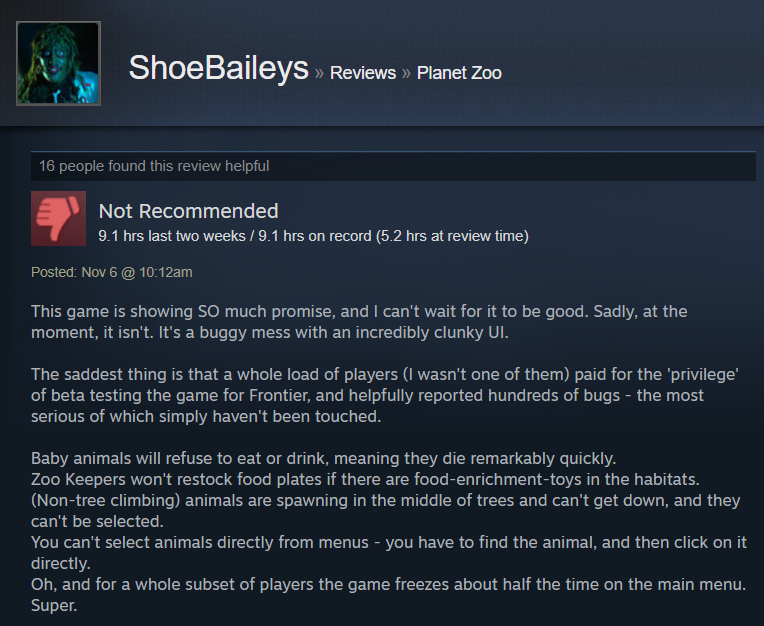 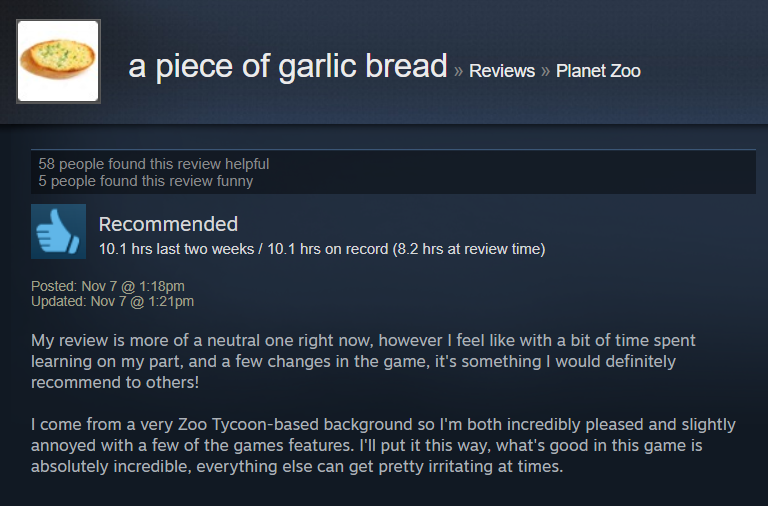 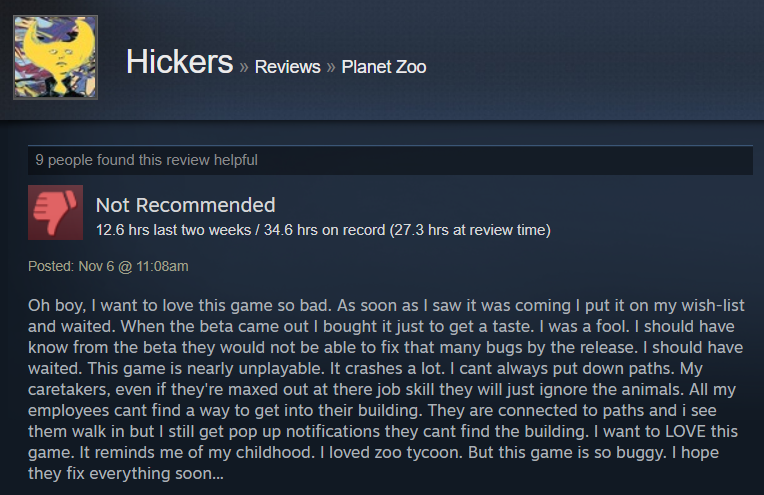 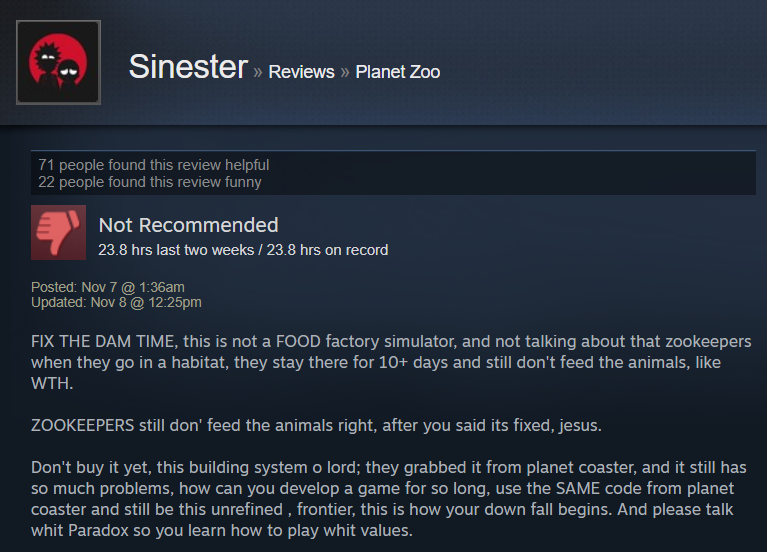 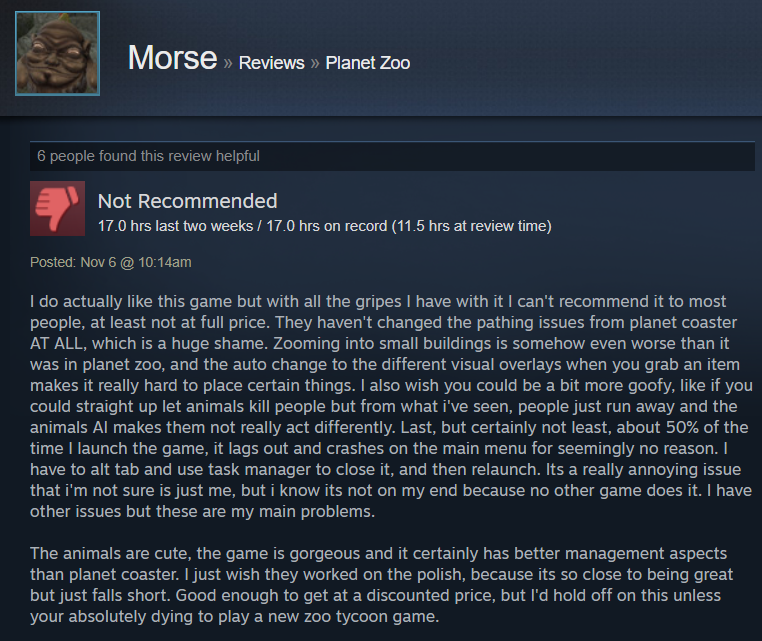 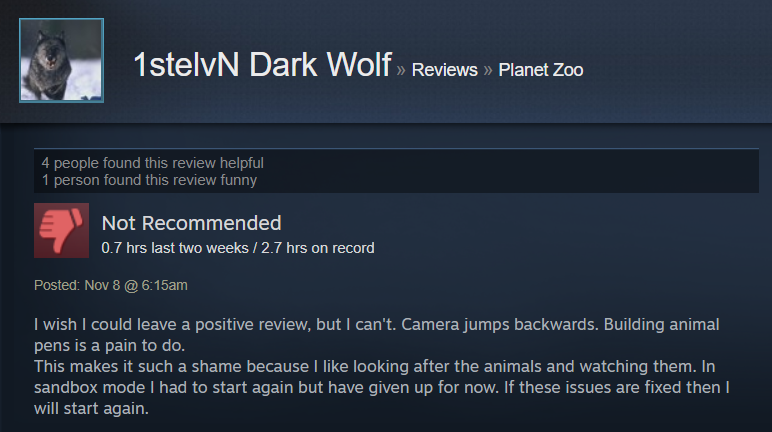