Up until the moment she launched the Kickstarter campaign yesterday, Dispel Dice creator Karen Wang was worried that no one would want her handcrafted, sharp-edged, custom gaming dice. A day later, more than 12,000 backers have pledged over $1.5 million (£1.2 million) toward her dazzling gemlike creations. Turns out people like shiny, pretty things. A lot.

According to the “About” section of the Kickstarter page, Wang started Dispel Dice as a way to give back to the gaming fandom after playing tabletop role-playing games with her friends helped her get over a dark time in her life. She crafts the dice out of resin, using silicone moulds of her own creation. The dice feature inclusions, which is a technical way of saying glittery bits suspended in the resin. The numbers are painted by hand. The edges of the dice are sharp, because these are dice for mature, responsible people who won’t leave their D4 lying about on the floor. 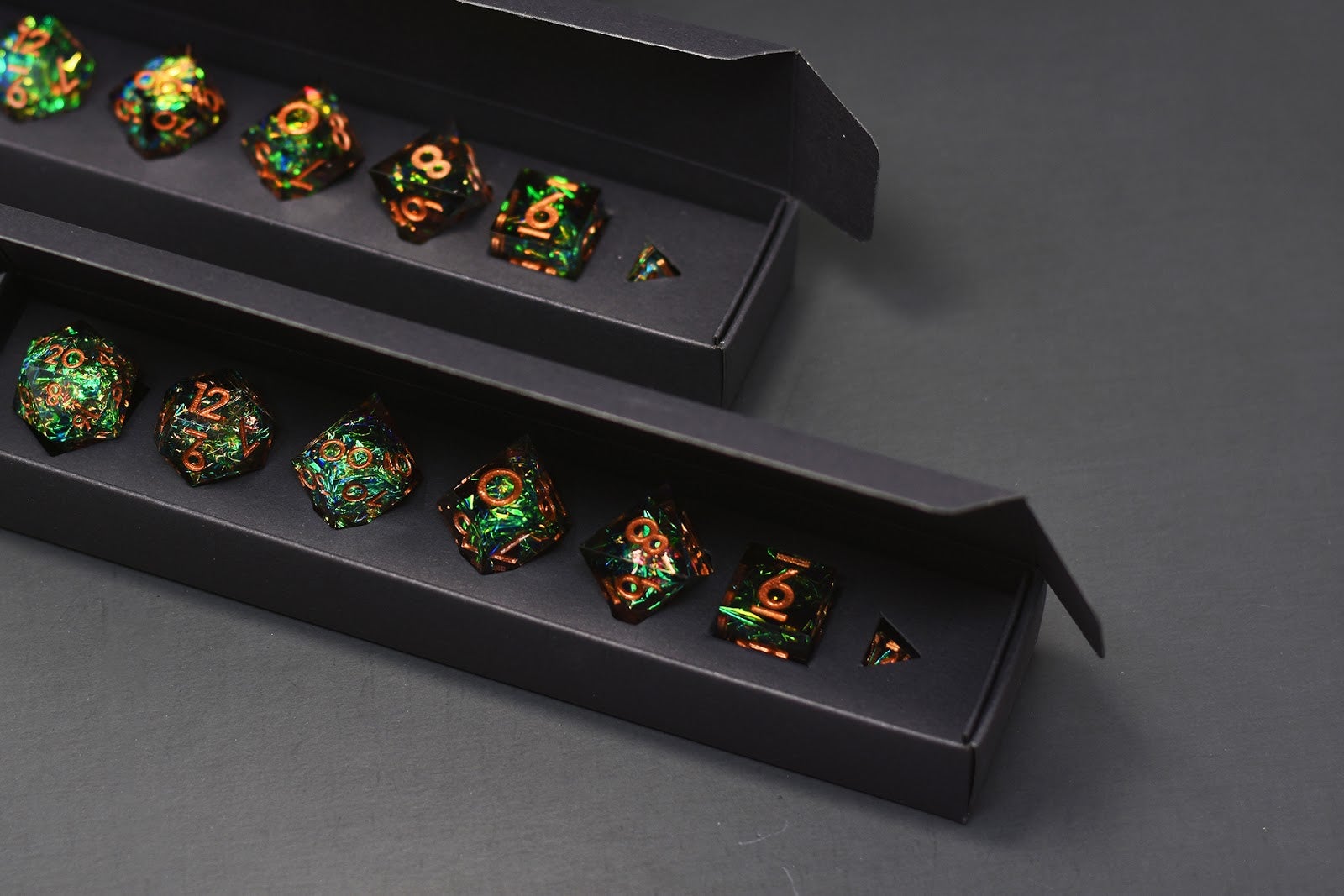 Response to Wang’s early work was so enthusiastic, she decided to share Dispel Dice with the world, but not without months of careful work and planning. Along with creating multiple sets of custom dice a day, many of which can be seen on the Dispel Dice Twitter, Wang has been training crafters at two different facilities to make her dice using her exact methods and materials.

Wang sent me an early production set. I believe the colourway here is called “Black Emerald.” They are gorgeous. The sparkle in the resin is deep and mysterious. There are tiny imperfections in the hand-painted numbers, which is how you can tell they are hand-painted. The edges are sharp, to the point where putting one’s hand down hard on the pyramid-shaped four-sided die is an excellent way to get a die embedded in your palm. 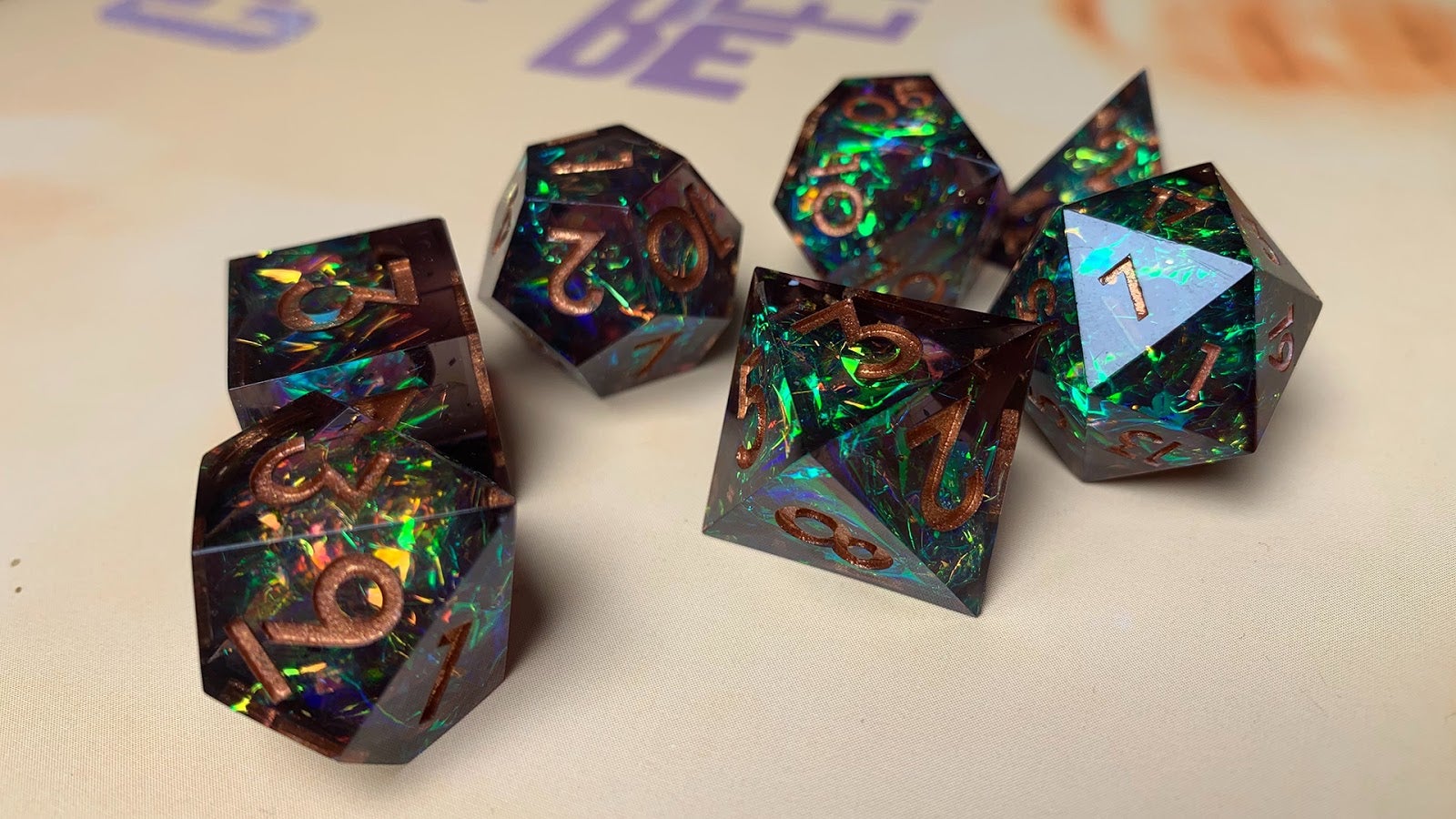 Dispel Dice aren’t scientifically balanced. They are the result of a process that creates a completely unique set of dice every time, which means there might be balance issues. I wouldn’t bring them to a tournament, but I would definitely use them in casual gaming sessions. Dice with little imperfections can quickly become the stuff of friendly tabletop legend. 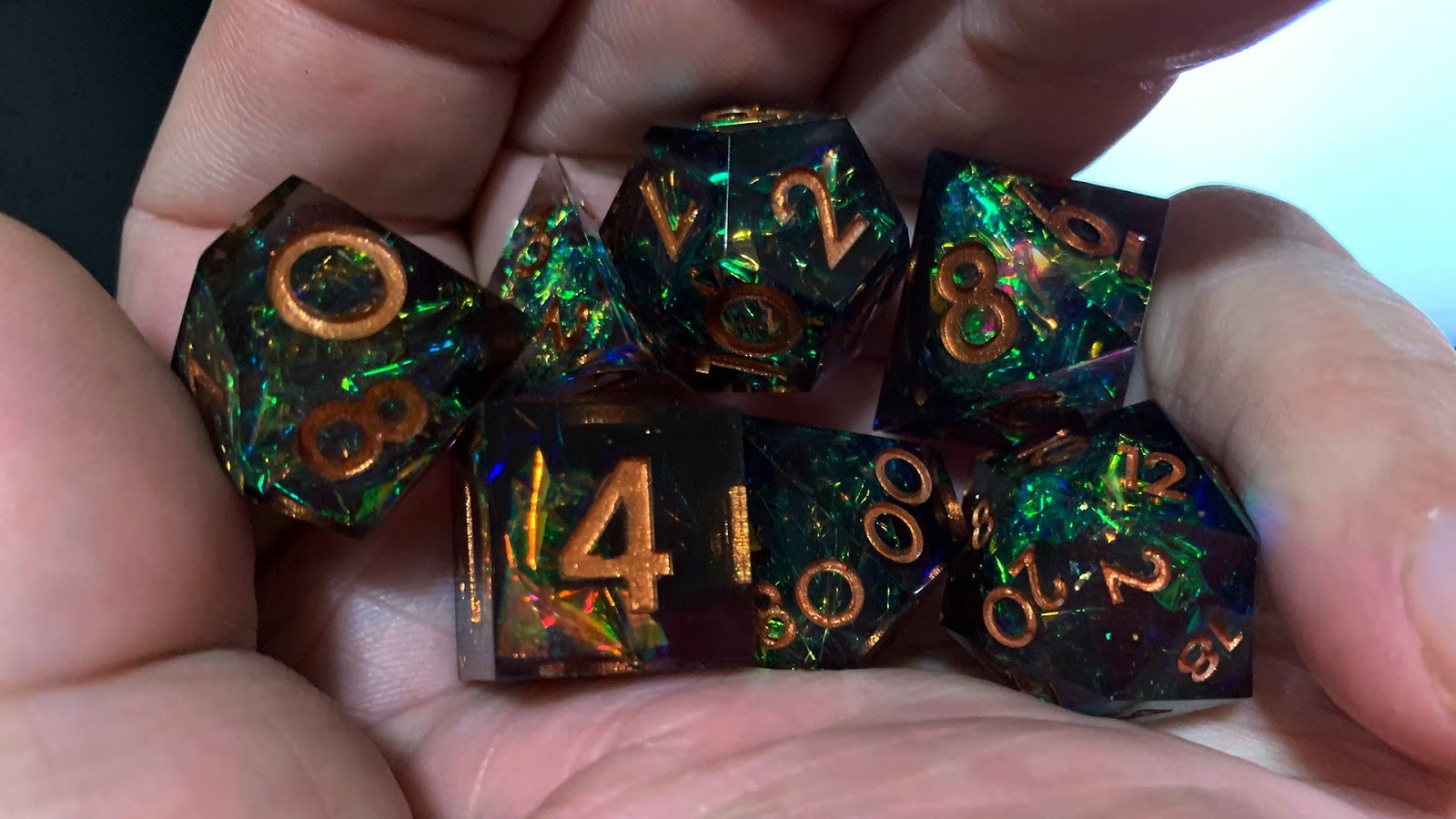 They look glorious. They feel lovely. They are unique, and interest has been really high. Still, Wang was worried right up until she threw the go switch on her Kickstarter.

“I’ve been working on the crowdfunding campaign launch for 9 months,” Wang told Kotaku the night of the Kickstarter campaign’s launch. “I prepared everything I would need to on the off chance it was successful, because my friends kept assuring me that it would be, but even up to this morning, right before the launch, I kept asking my friends and thinking to myself, ‘What if no one is interested in this? What if these dice aren’t good enough?’ I dropped everything else to work on Dispel Dice, but still had no idea what was going to happen today.” 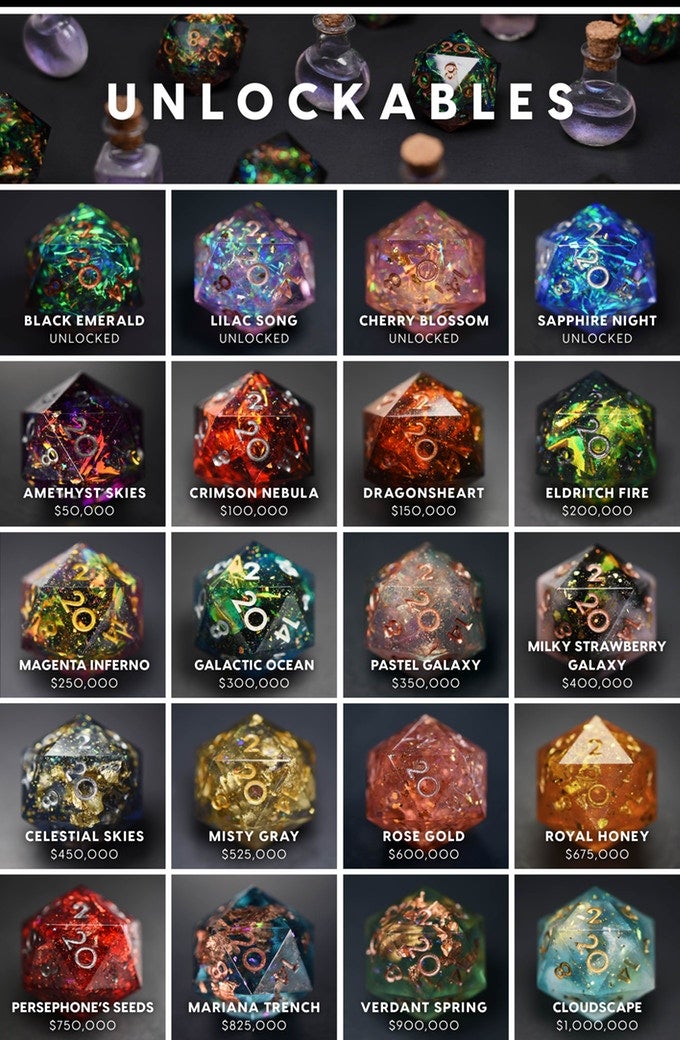 Gaming dice – good gaming dice – are precious. A faux-leather bag full of random mass-produced dice gets the job done. What Dispel Dice is creating is lifelong polyhedral partners in role-playing crime. Who doesn’t want that?