This month marks the 15th anniversary of the release of World of Warcraft, a moderately successful massively multiplayer online role-playing game. To celebrate the occasion, Blizzard’s set up an anniversary blow-out in Azeroth’s Caverns of Time, with special pets, retro world bosses, old-school player-versus-player battlegrounds, and a three-part raid that rewards players with a rideable Deathwing.

Well, a rideable Deathwing-alike. The anniversary mount is called the Obsidian Worldbreaker, styled after the massive beast who tore open the world in the Cataclysm expansion and is currently terrorising Heroes of the Storm players. That’s fine; even a smaller copy of Deathwing is pretty damn impressive. 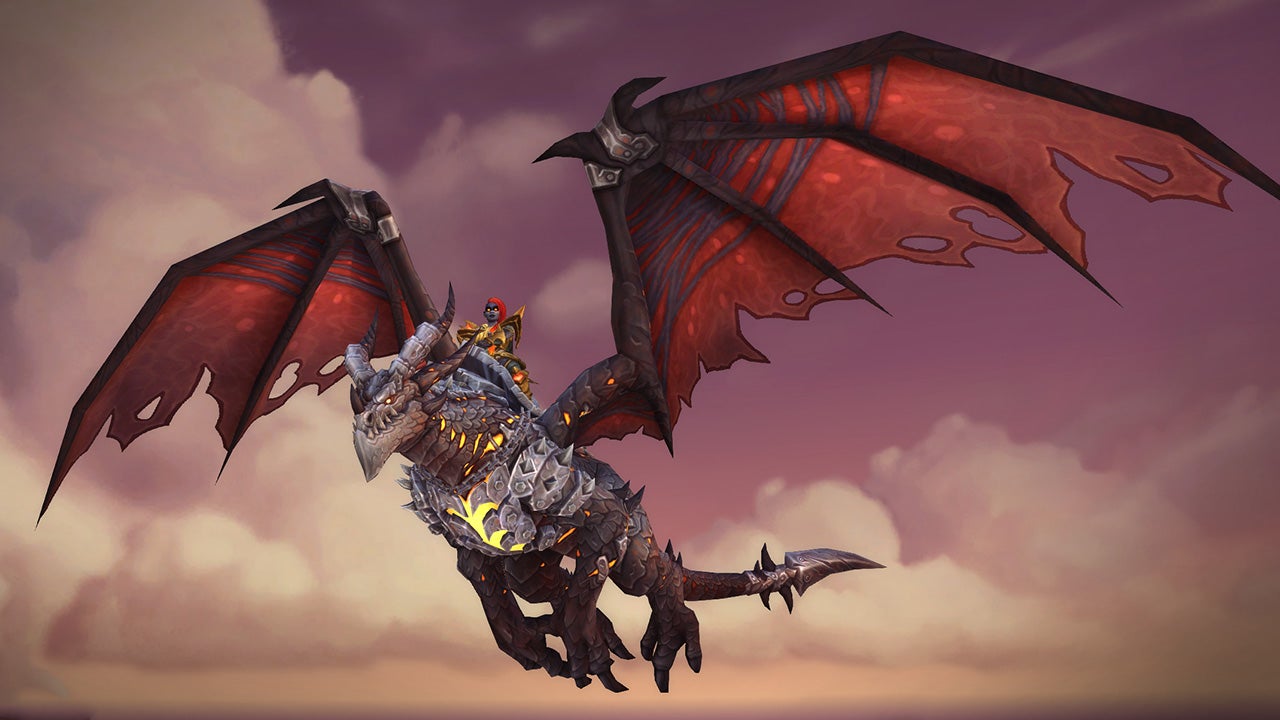 In order to acquire this epic mount, players have to participate in a series of three raids featuring bosses encounters from the Burning Crusade, Wrath of the Lich King, and Cataclysm expansions. These “Memories of Azeroth” raids require an item level of 380 to participate, so they are definitely not tuned to the difficulties of those older, easier expansions. That said, I’ve already seen several players flying about on Obsidian Worldbreakers, so they can’t be too hard.

Those who’d prefer not to raid can still get cool stuff and do fun things. Everyone who logs in between now and the event’s January end date gets a free Lil’ Nefarian, an adorable miniature version of Deathwing’s eldest son. If Deathwing is World of Warcraft’s Bowser, Nefarian is its Larry Koopa.

My favourite anniversary activity is Korrak’s Revenge, a throwback player-versus-player battleground that recreates the classic Alterac Valley. Back in the day I’d spend days running through Alterac Valley over and over again in order to earn a special Frostwolf Howler mount. 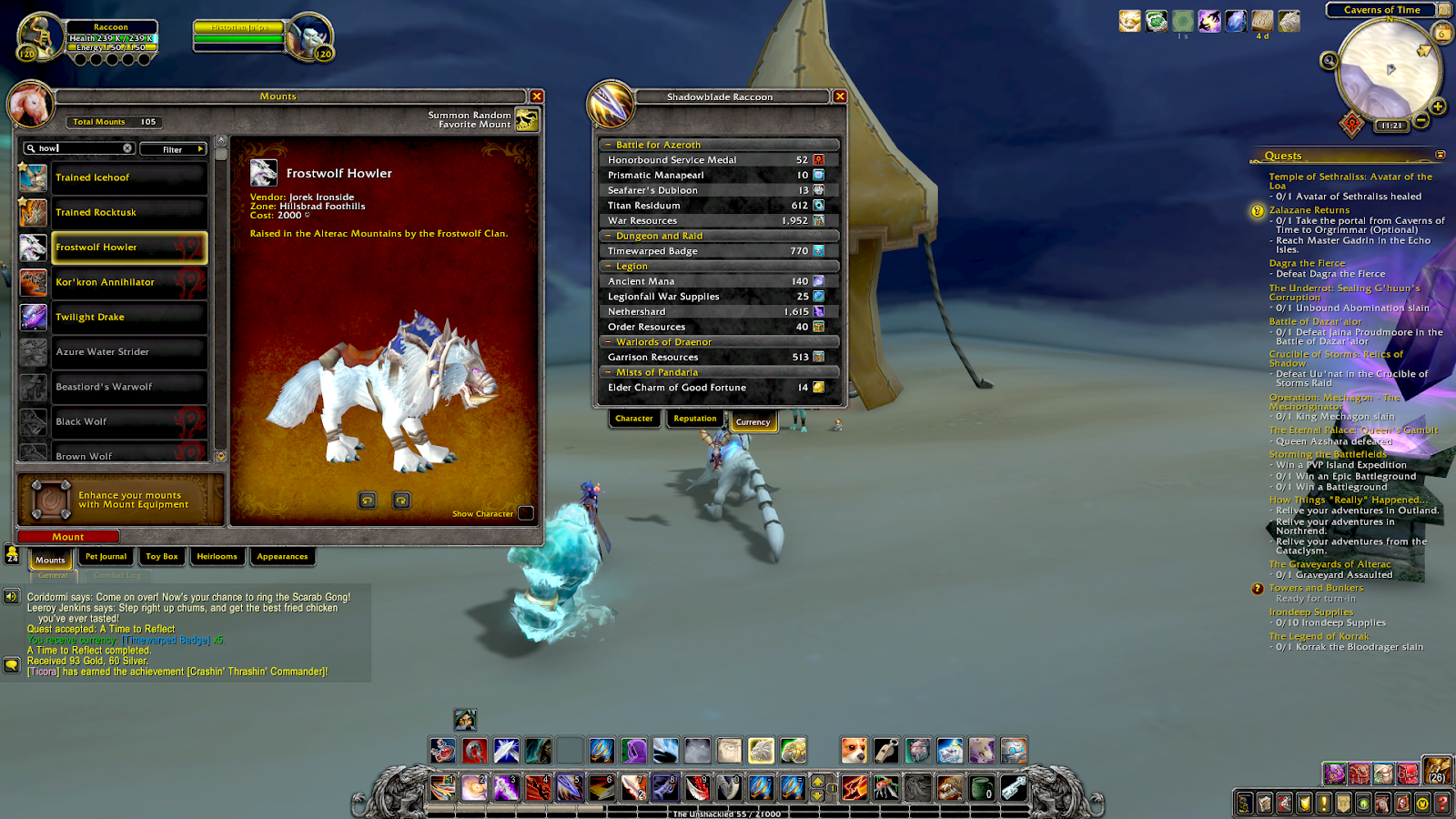 Now I can do it all over again, this time to earn a new Frostwolf Snarler mount, while Alliance players will attempt to score a Stormpike Battle Ram.

Otherwise I’ll be hanging out in the Caverns of Time, home of World of Warcraft’s time-twisted old-school encounter areas. During the evening it’s been transformed into a non-stop party, complete with balloons, dancing, games, and more. There’s even a kiosk where Leeroy Jenkins is selling fried chicken. Yum? 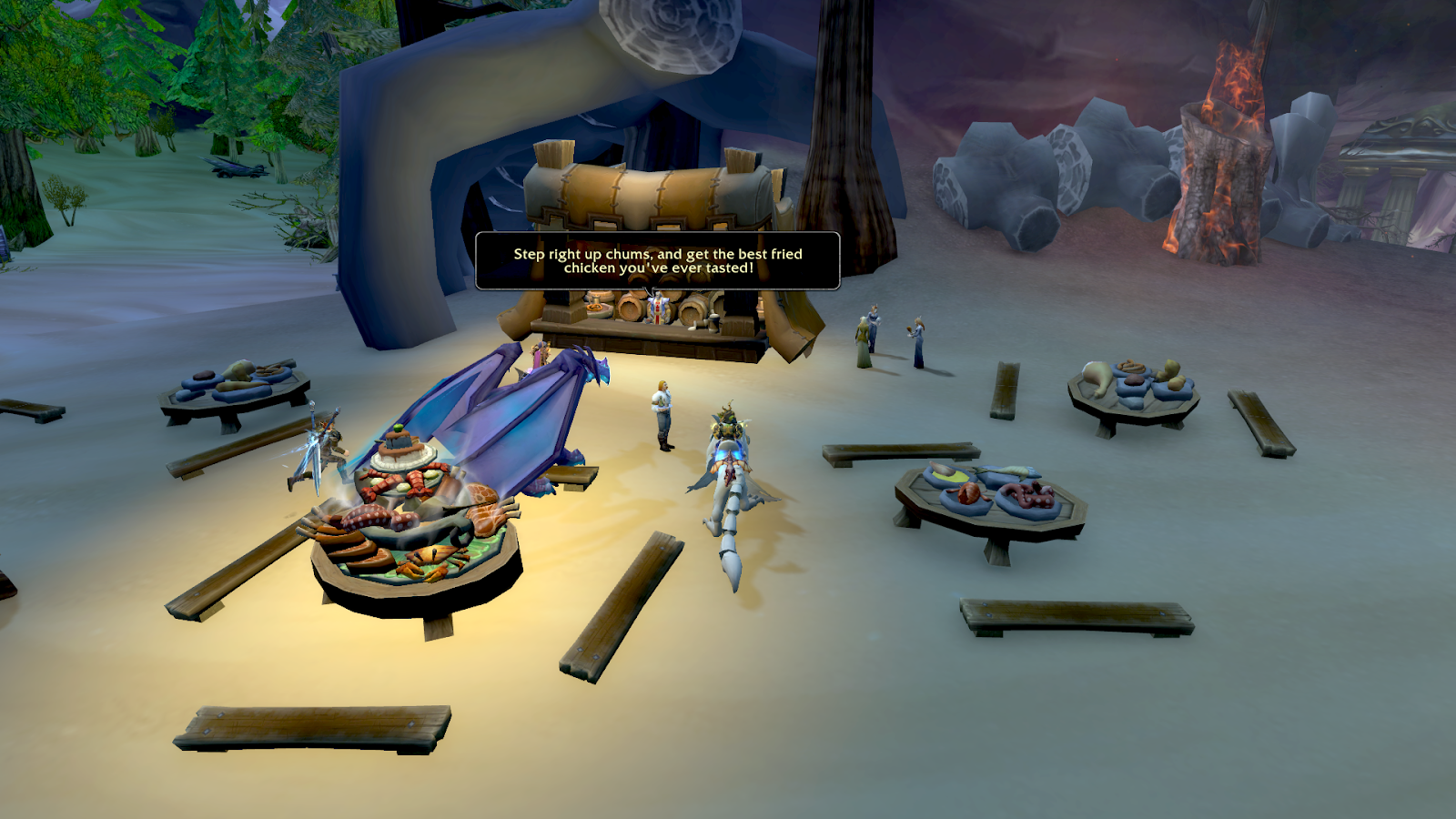