If you’ve been following Blizzard news lately, you could be forgiven for thinking that the company had bulldozed its meticulously expanded World of Warcraft and replaced it with the humble township of Warcraft Classic. Modern WoW, however, is still kicking, and at BlizzCon, Blizzard announced a new expansion, Shadowlands. That said, even Shadowlands’ designers can’t help studying Classic’s blueprint for success.

WoW Classic strips the 15-year-old fantasy MMO to the bone, but in doing so, World of Warcraft executive producer John Hight and senior game designer Johnny Cash (yes, that’s his real name) feel like it’s revealed some essential truths about the series’ systems. Hight has been especially inspired by the way Classic facilitates social bonds and spontaneous collaboration among players.

“It’s been informative seeing how well people play together, even in the face of – there’s no rules,” he told Kotaku during an interview at BlizzCon. “You can just get in front of everyone, click on the box, and run away. And yet you see this queue forming because everyone is being polite with each other. That social system – I’m going to help you out if you help me out – that’s resonant in Classic has shown us that you don’t have to beat people over the head to get them to understand things. It’s best when they talk to each other and help each other out. A little bit of complexity is OK, a little bit of friction is OK as long as you have a good social system to support that.”

As a result, the modern WoW dev team is now trying to figure out how to slather Shadowlands – and even iterations of WoW beyond it – in some of that secret sauce.

“As we look at Shadowlands or even talk about the future, I think we’re challenging ourselves to think more about, ‘OK, this has to be fun as a solo experience, because sometimes you just want to go online and not be bothered by anyway, but how can it be more fun, more engaging, or more rewarding with others?’” said Hight. “If you have forced systems that bring people together, they seem to be more reluctant to stay together. Whereas, if they have a common goal they have to chase and we create a lot of situations where they bump into each other and keep crossing each others’ paths, they wind up being like ‘Oh, you’re also doing this thing? Wanna do this together?’”

Cash, meanwhile, is a big fan of Classic’s approach to world and ability design. He thinks that, in both cases, modern WoW’s reincarnated ancestor does a good job of encouraging players to go off the beaten path, whether that means exploring the world for exploration’s sake or using abilities that aren’t always at the tippity top of the tier mountain.

“As a designer, I’m really inspired by people’s love for the world in Classic,” said Cash. “You know, stopping to smell the roses and really enjoying these huge swathes of abilities that, especially in the tuning of the day, aren’t necessarily especially useful. But they’re cool and satisfying. So when we’re looking at class design and zone design for Shadowlands, we’re asking ourselves, ‘What can we do to bring back some of the flavour that we really like about that?’”

“That social system – I’m going to help you out if you help me out – that’s resonant in Classic has shown us that you don’t have to beat people over the head to get them to understand things. It’s best when they talk to each other and help each other out.”

Cash pointed to the Hunter class’ “Eyes of the Beast” skill. It allows players to take control of their pets for a minute. Is it overwhelmingly powerful? No. But, Cash said, it’s “fun to jump around, troll your friends, and maybe scout a bit.”

He hopes that Shadowlands’ world will be “super immersive” and believes the expansion’s more linear, faction-based narrative – a shift back onto the straight and narrow after recent expansions’ experiments with letting players work their way through zones in any order – will lead to a world that feels more like a “cohesive whole.”

Ask many longtime WoW players, though, and they’ll tell you that pre-expansion Azeroth feels more like a real place because of a tangible sense of danger. Occasionally you’ll encounter an enemy that’s got a few too many levels on you, or another player will sneak up behind you and cut your adventuring days embarrassingly short. Cash hopes that Shadowlands’ new max-level open-world “Maw” zone, the hell to the rest of Shadowlands’ afterlife, will evoke a similar feeling.

“There are some people who want something a little more approachable and people who are super hardcore,” said Cash. “A great example of that influence and where we’re taking it is the Maw, especially the outdoor area. It’s an unforgiving place where there are a lot of mobs with really nasty abilities and combinations of mechanics. There’s no safe haven. There’s not a hub. You’re not binding your Hearthstone there. There’s not flight points. It’s a place where you’re gonna dip in and see how long you can last.” 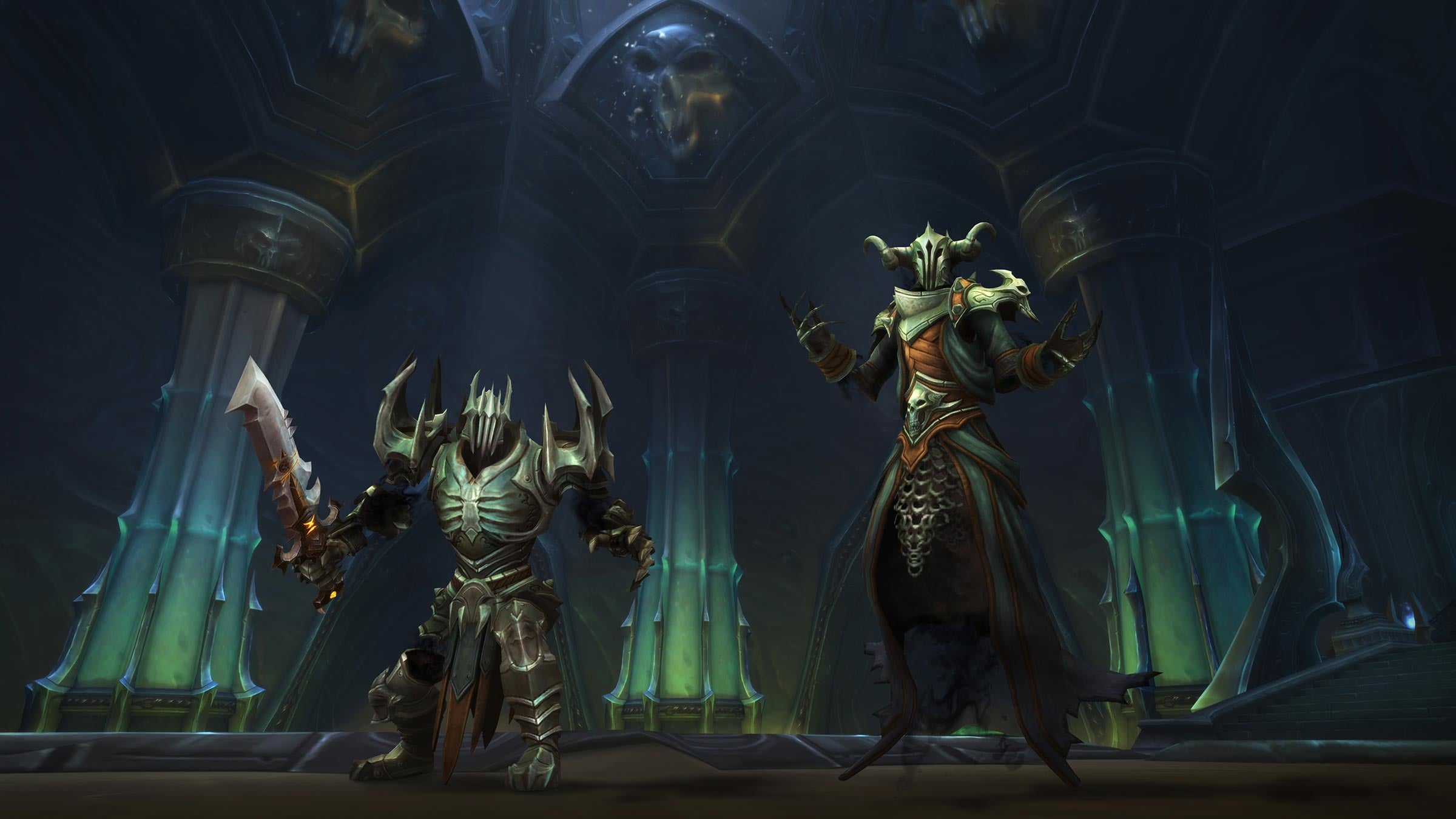 As ever, the modern WoW team has a tall order on its hands. Hight, Cash, and company have to address what people liked and didn’t like about the not-entirely-beloved Battle For Azeroth expansion, cater to very different casual and hardcore crowds, and figure out where newfound WoW Classic influences fit into all of this. All this while WoW players are still figuring out what it means to suddenly be able to time warp back to the mid-2000s whenever they want to.

“We can see that we have a significant number of players who are actually playing both games,” said Hight. “But there are definitely some distinct parts of the community that are only playing Classic or only playing modern WoW. It’s still too early to tell with Classic if we’re stabilising or if this is just a novelty.”

So while there’s bound to be some influence on modern WoW from WoW Classic, the broader plan right now is to ensure that both games retain their unique identities.

“We’re supporting them as though they’re two separate communities,” said Hight. “A lot of people play modern WoW because they love the stuff that’s in it, and they love the conveniences they have. They don’t want to run a long way from the graveyard to get back to their encounter. By the same token, a lot of people in Classic are creating what I hope will be long-term social bonds.”