Over at the Tomb Raider forums, fans have been hoping in comment after comment for the surprise addition of one more tomb or level to 2018’s Shadow of the Tomb Raider game. Alas, yesterday’s upgrade of the game to its Definitive Edition brought no new tomb, just a new outfit, as a PR rep for the game had confirmed to Kotaku weeks ago.

Players can now dress the title character in an outfit called “Croft Fitness,” the one new piece of content added to the game. 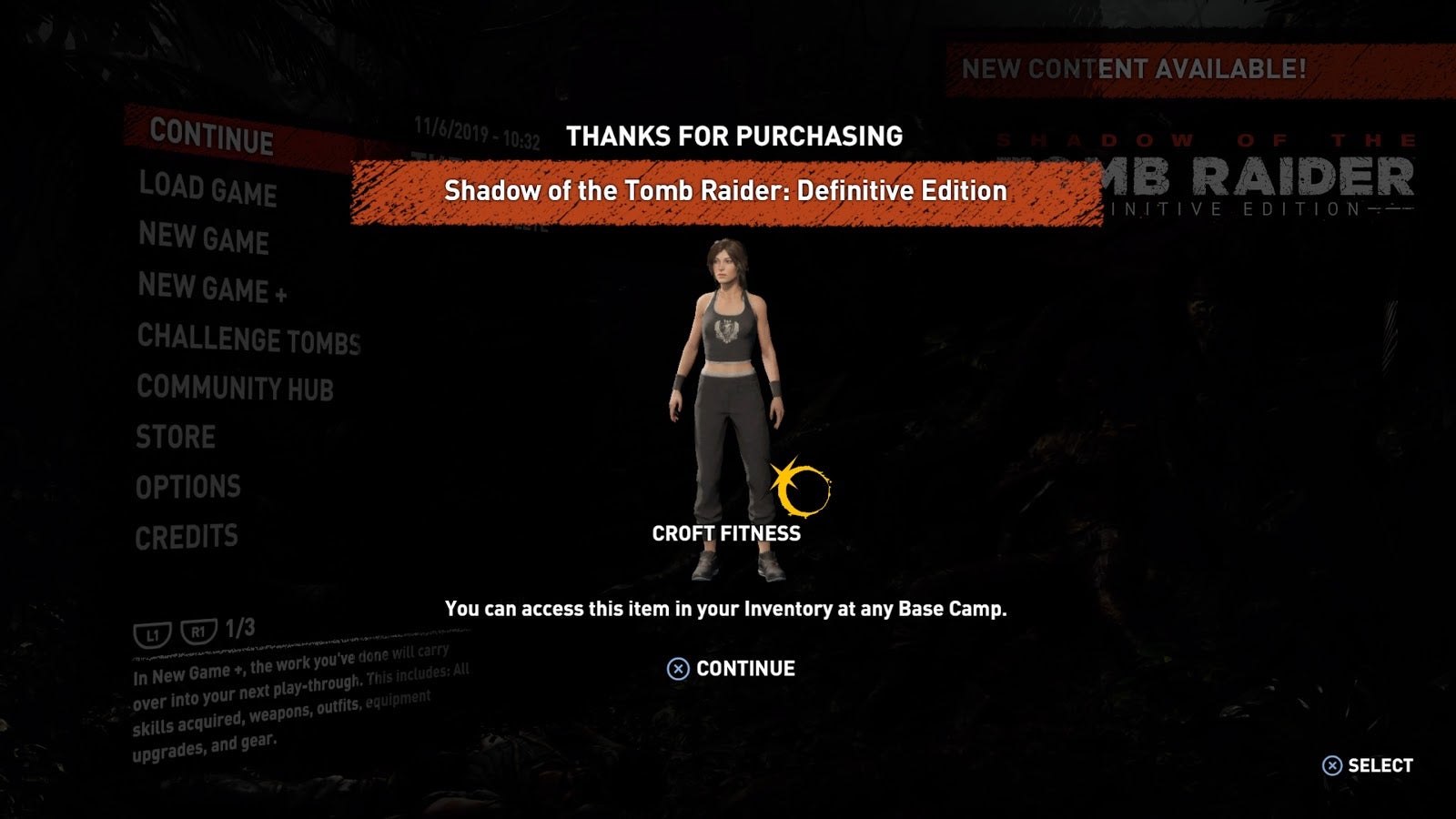 At the forums, a thread of speculation for the game’s fabled 8th downloadable tomb hit its 1000th page yesterday, but it did so with fans commiserating about their least favourite Tomb Raider games, not out of euphoria over a final surprise.

Shadow of the Tomb Raider hadn’t lacked for updates. Since September 2018, seven (pretty good!) tombs had been added to the game through a paid season pass. The cause for speculation came in April, when the game started listing an eighth tomb as “coming soon.” But soon never came, and yesterday’s update removed that tease from the list. 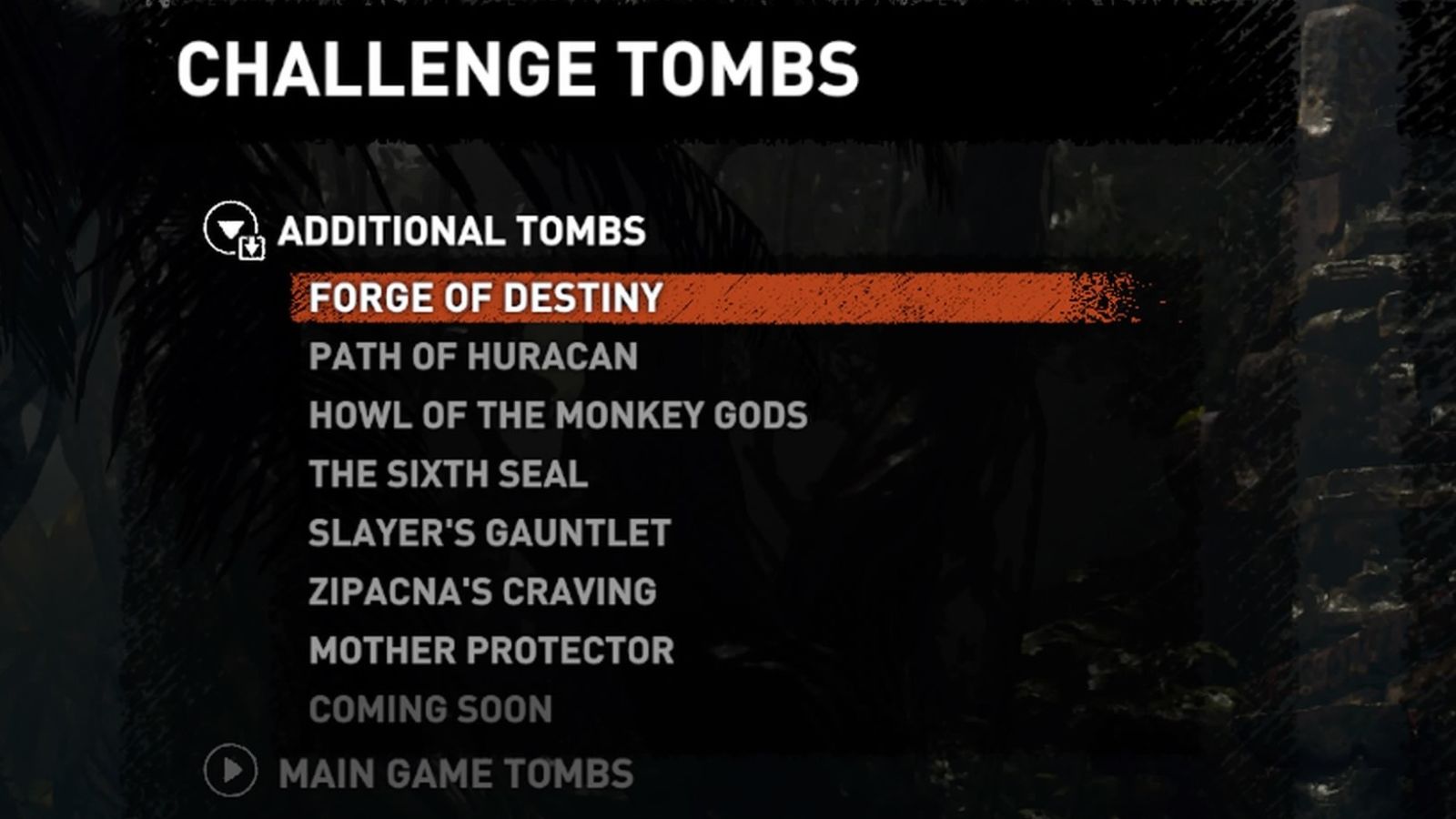 The listing for bonus tombs before the game’s Definitive Edition update, as it has appeared since April 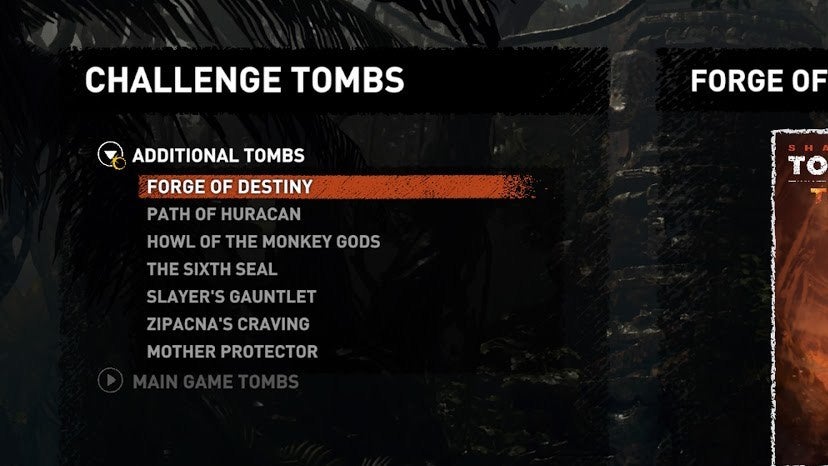 The listing of the game’s extra tombs following the Definitive Edition update.

The other major update to the Definitive Edition was to be the lifting of the outfit restrictions in the game that have frustrated many players. Shadow offers players dozens of outfits for Croft but prevents them from letting her wear about half of them in the game’s main hub area. The game’s marketing team had been clear since the announcement of the new edition that the restriction would only be lifted for people who had completed the game, perhaps out of maintaining a sense of textual immersion in an adventure that is rich with local languages and other more culturally sensitive elements. That said, the developers have been stingy with the change to the outfit restriction. On the game’s forums, players are complaining that the restriction is in place in New Game Plus mode and that in any mode players try, they have to have completed the final encounter to even toggle the clothing restriction. In your author’s 93.73%-completed save file, it can’t be turned off.

Shadow of the Tomb Raider has had some awkward post-release moments, but it’s also a terrific game. The new definitive edition puts all its pieces together, even if that sum seems to be short a couple of hoped-for parts.