Back before I was paralysed from the chest down, I spent a lot of time working, playing, and napping in my Titan gaming chair from Secret Lab. My only problems with the chair were that it was not pink and it did not have a picture of a bunny on it. Well, shit.

This D.Va chair, which was teased over BlizzCon weekend and officially announced today, is one of two Overwatch designs Secret Lab has put together for its official partnership with Blizzard. The first design is a pretty basic black chair with orange gradient accents and an Overwatch logo, covered with faux leather. The second is a lovely pink affair that looks like it could double as the pilot seat for a bubblegum-flavoured mech. It’s described as being wrapped in soft, breathable fabric. 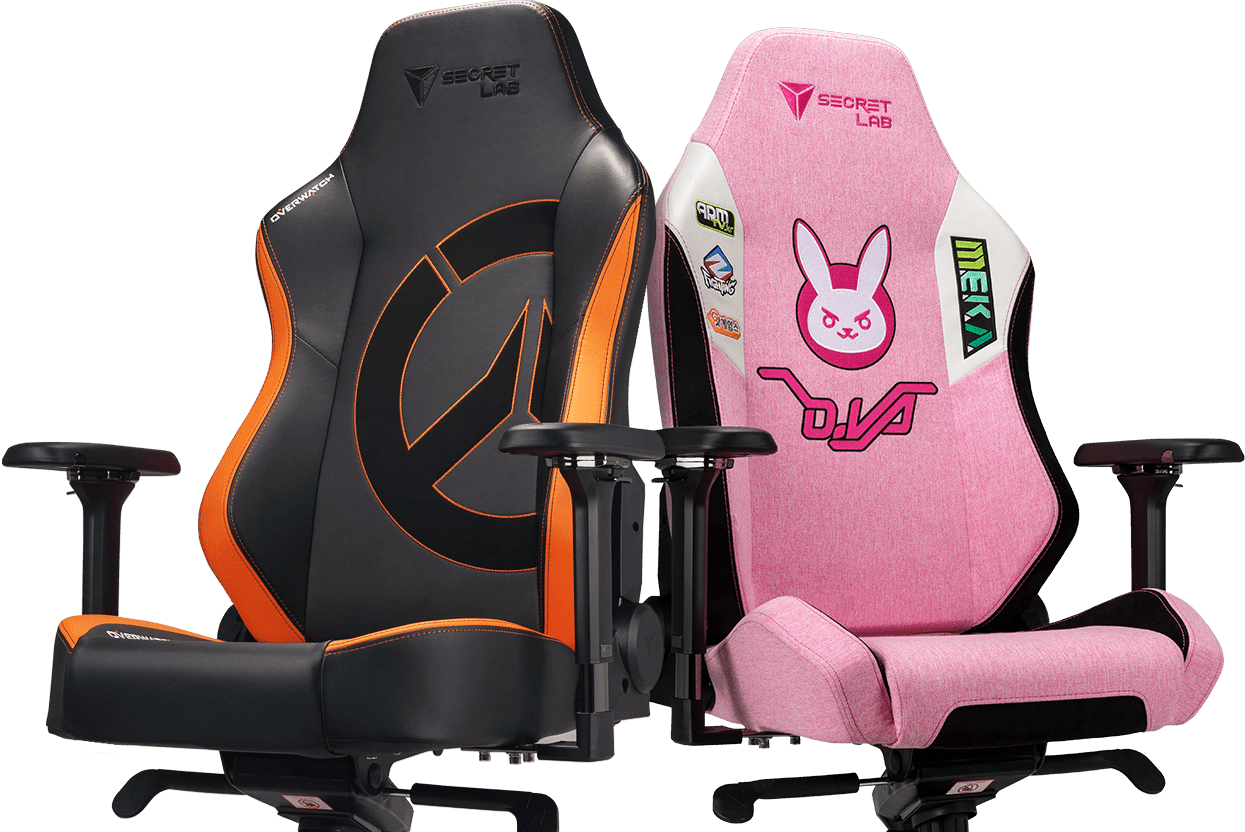 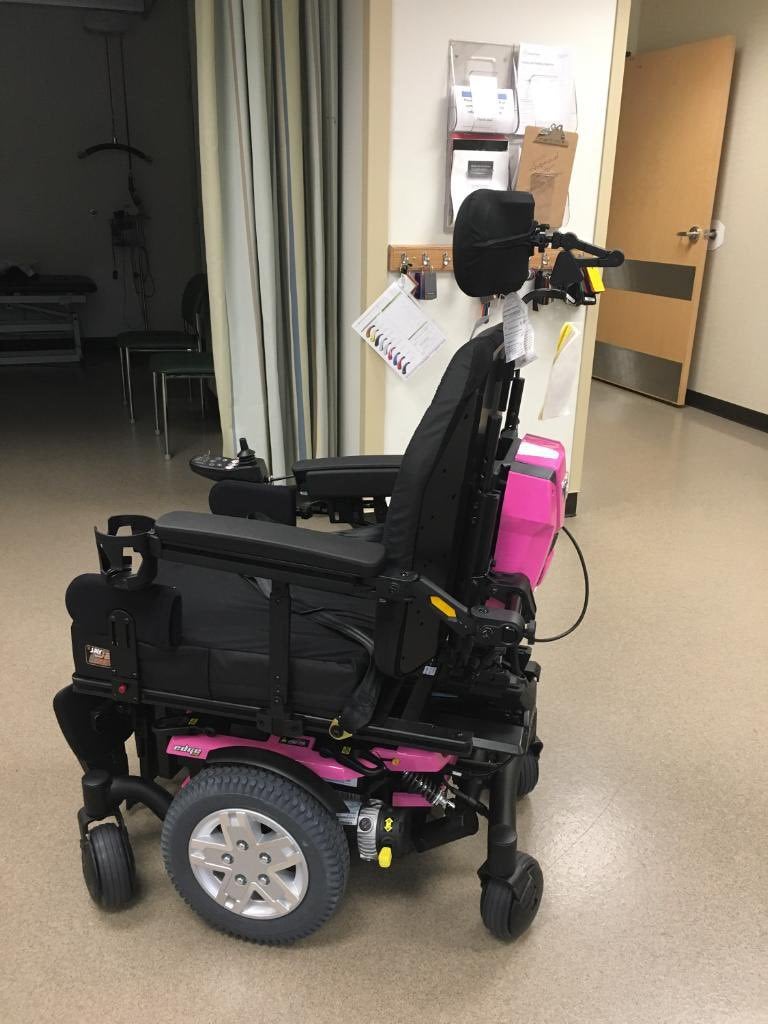 This was as pink as I could get it.

Both designs are available on two different Secret Lab chair models. There’s the Omega, a modest-sized gaming chair for modest-sized people, which comes with pillows for head and lumbar support. Then there is the Titan, my preferred seat, built for tall, heavy people, with a built-in lumbar support dial, which kicks the lumbar pillow’s arse. The D.Va model runs £350 for the Omega and £400 for the Titan, while the basic Overwatch designs are £330 and £380 respectively.

Unfortunately, I cannot sit in either of these chairs. Due to my paralysis, which occurred in March of 2018 following a sort of heart explosion dealie, I spend most of my seated time in a power wheelchair, which weighs 470 pounds and destroys everything it touches. When I need to get into bed or slide onto a doctor’s exam table, I use a wooden slide board, literally sliding my arse from one surface to the next. That means chairs with fixed arms are right out. I could get a lift to raise me from my wheelchair and drop me into the D.Va chair, but that seems like an awful lot of trouble just to sit in a pretty pink thing, no matter how much I love pink things in general. 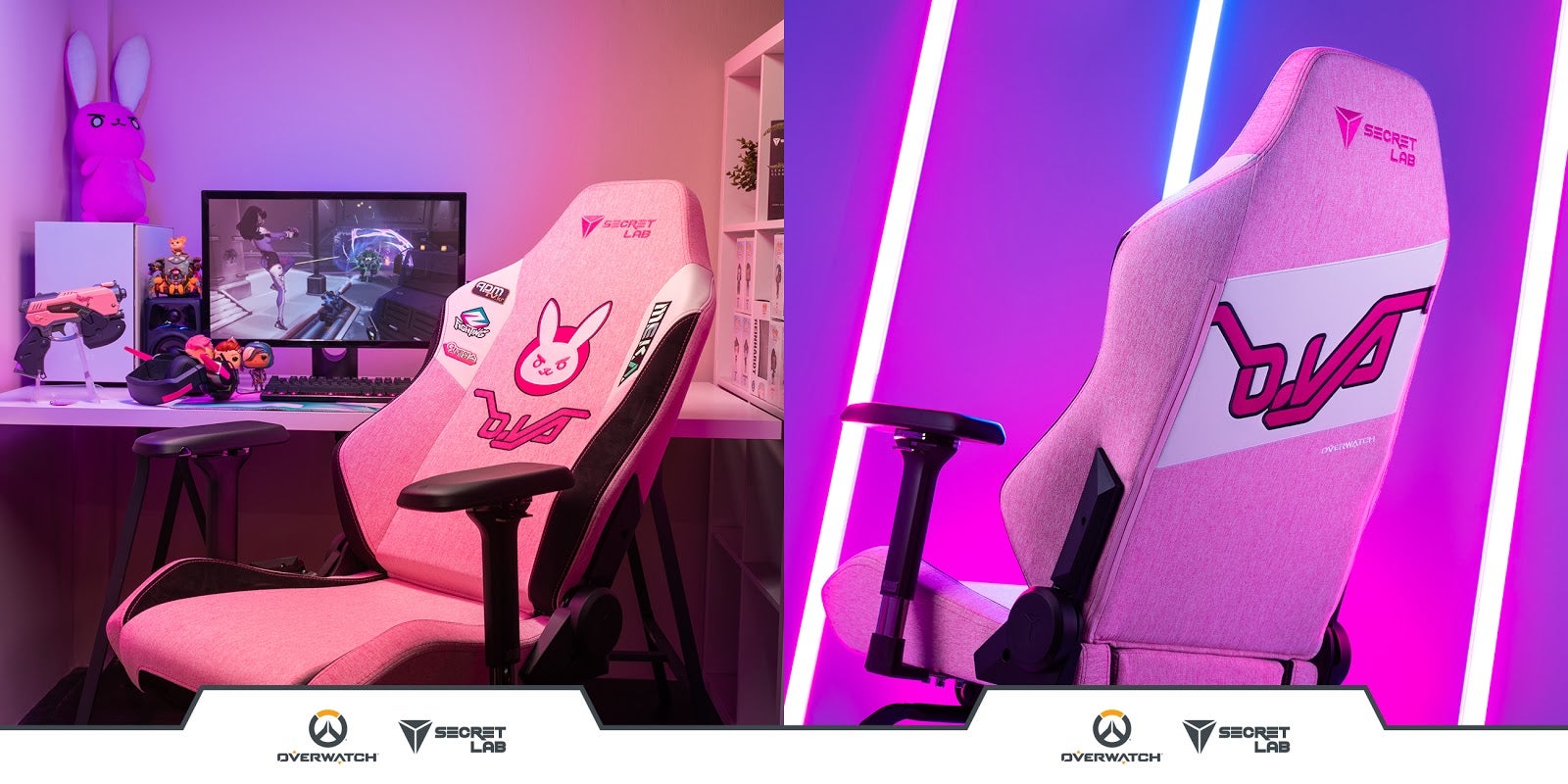 I will just have to hope that one day I can figure out how to make custom covers for my wheelchair cushions. Love will find a way.