Blizzard has finally announced Overwatch 2, the next iteration of the developer’s massively popular first-person hero shooter. It’s a sequel with all new maps, heroes and modes, including player-versus-environment modes and a new player-versus-player mode called “Push.”

In the new trailer, revealed today at Blizzcon, Overwatch heroes Mei, Winston and Tracer touch down in Paris, which is overrun by omnics from the extremist group Null Sector. When a behemoth omnic shows up to wreak havoc and all looks lost, the Overwatch team reassembles to defeat it:

After the trailer, Blizzard revealed some Overwatch 2 gameplay, which included co-op hero missions, levelling up heroes with talents, customising abilities and new PvP modes like “Push.” Settings included Ilios, Route 66, Busan and Paris, plus some new maps like Toronto.

“Overwatch 2 will feature a tonne of Pve Content. We will have complete story missions,” said game director Jeff Kaplan. The first is set in Rio de Janiero.

“Every one of the 31 heroes, plus more, are getting an upgraded look to them,” he added. New heroes were officially announced, too, like Sojourn, who appears to be the game’s first black female hero. 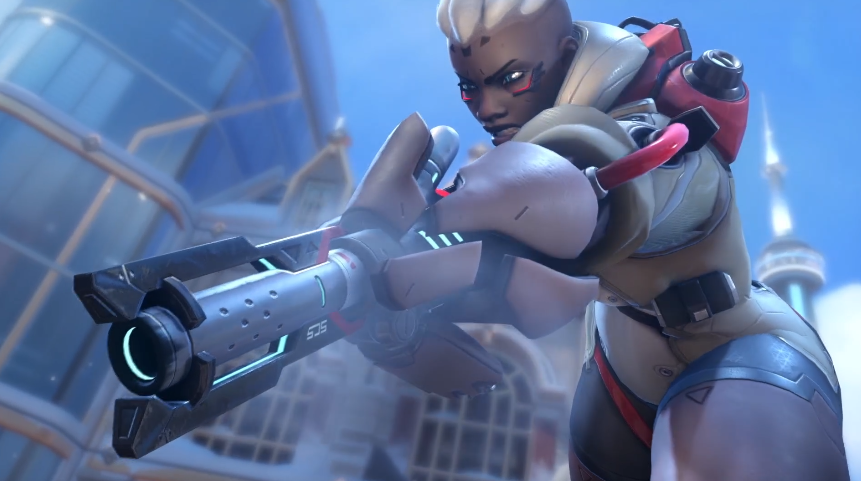 What is a sequel in this scenario, though? Jeff Kaplan said that, between Overwatch and Overwatch 2, “It will be a shared multiplayer environment where no one gets left behind.” Overwatch players will experience the same new heroes and maps, and all cosmetics come with players in Overwatch 2, too.

In June, Kotaku reported that Blizzard cancelled its Starcraft first-person shooter to redistribute resources to Overwatch 2 and Diablo 4. At that time, Kotaku learned that Overwatch 2 would have a strong player-versus-environment element – something regular Overwatch players might have encountered in the game’s Halloween and anniversary seasonal events. Those events received mixed reactions at first, with some players citing how canned or static they felt. As the game aged, players received more dynamic PvE events, like April 2017's “Uprising.”

Last week, the leaks continued as Rod “Slasher” Breslau shared details about Overwatch 2 on ESPN. The report claimed that Overwatch 2 would offer more story and narrative, plus items and hero talents.

The official trailers delivered on this, and more.