Announced in August and released this week for PlayStation 4, PC, Switch, and Xbox One, Disney Classic Games: Aladdin and The Lion King bundles together several different versions of two of the best movie tie-in video games ever made with concept art, music, and videos to create an excellent package that’s sure to please fans. Well, except for fans of the Super Nintendo version of Aladdin.

While the bundle includes the Virgin Games Sega Genesis version of Aladdin and not the (inferior) Capcom Super Nintendo game, it’s otherwise a pretty comprehensive collection of the various versions of both games. The Lion King comes in Super Nintendo and Sega Genesis versions, with the Japanese version of the game thrown in for good measure and the Game Boy port included for people who hate themselves. The bundle also includes the Game Boy and Game Boy Color ports of Aladdin, along with the Sega Genesis original, the Japanese version, and the demo version. 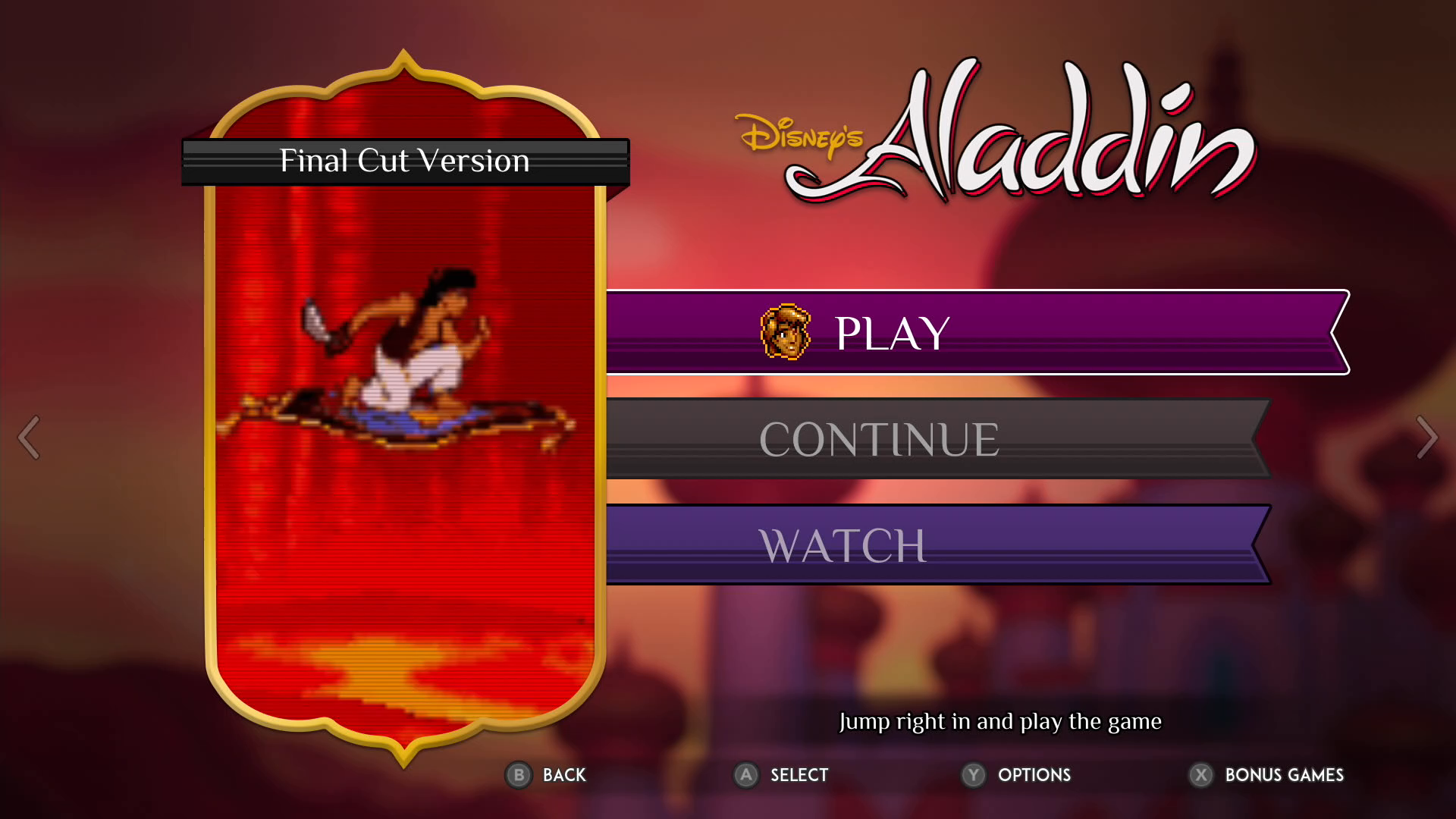 There’s also a “Final Cut” version of Aladdin, with a few special secret areas included and some bug fixes, including giving collision to enemies who should have had it in the first place. It’s sort of a day one patch, if day one patches were a thing in 1993.

There are three different resolutions to choose from – original, stretched vertically, and widescreen stretched – each with a handful of screen filters to make our modern displays look like old televisions or monitors. All of the games include a rewind option, just like The Disney Afternoon Collection from 2017, allowing players to instantly backtrack mistakes and untimely deaths. The coolest addition to the compilations is the ability to watch a perfect playthrough of most of the games, with the option to drop in and taking over gameplay at any point. If any of these games ever gave you trouble, the cheat features are quite cathartic.

These are true classics, a pair of ambitious collaborations between Disney animators and video game creators that resulted in two very special games. Disney Classic Games: Aladdin and The Lion King is a wonderful celebration of both.