The penultimate event of the 2020 EVE Online World Tour concluded on Sunday in Las Vegas, Nevada. The seventh annual EVE Vegas event brought together players and developers for a weekend of exhibits, charity auctions, presentations and of course lots of partying.

During the keynote discussion, CCP Burger, EVE Online’s creative director, gave an overview of EVE’s year to date and talked about a few things that would be coming to the game over the next few months. One of these announcements was a brand new capital vessel being added to the ranks of the ever-popular Triglavian ship line, the Zirnitra dreadnought. The Zirnitra is expected to function like the rest of the Triglavian vessels, equipped with a devastating disintegration beam which increases in potency the longer it is focused on a single target.

Also introduced during the keynote was a new internal development team inside CCP Games, Team Talos. Talos is a small team charged with rapid iteration on EVE’s features, game balance, and changes intended to shake up the metagame every few weeks. Burger promised a gameplay update release every two weeks for the remainder of 2019.

“The EVE dev team is relatively small, and when we’ve locked teams down into larger, longer projects, it’s really difficult to disrupt the teams to do rapid iterations, so there have been times where we’ve done very little balancing, very little meta shakeups,” CCP Burger said when asked about the reasons behind creating Team Talos. “That’s the goal of Talos: we want to use the time from now until the new year to learn how to do this better, communicate this, and prove it.”

In addition to the Zirnitra and the inception of Team Talos and their goals, CCP introduced EVE Online Invasion: Chapter Two, the game’s next expansion. A continuation of the Invasion expansion in May, Chapter Two promises further escalation of the Triglavian NPC invasion across EVE’s New Eden galaxy. It will introduce Triglavian space stations and new Triglavian NPCs who will cause more havoc across large areas of the game unless players can fight them off. The updates to the Triglavian invasions also serve as the primary conduit for players to receive new materials, blueprints and other special items needed to construct the brand new Zirnitra Triglavian dreadnought.

Early on day two of the conference, CCP Rise, Senior Game Designer for EVE Online, took the stage to further explore Team Talos. Prior to coming to Vegas, Talos had already completed two changes for EVE Online: Warp Drive Online and Howling Interceptors. Warp Drive Online was released two weeks ago and focused on speeding up some of EVE’s larger vessels, decreasing travel time for players looking for fights. Howling Interceptors will release next week, bringing buffs to the combat interceptors in the form of a substantial damage bonus, hoping to make them more viable as true combat ships. 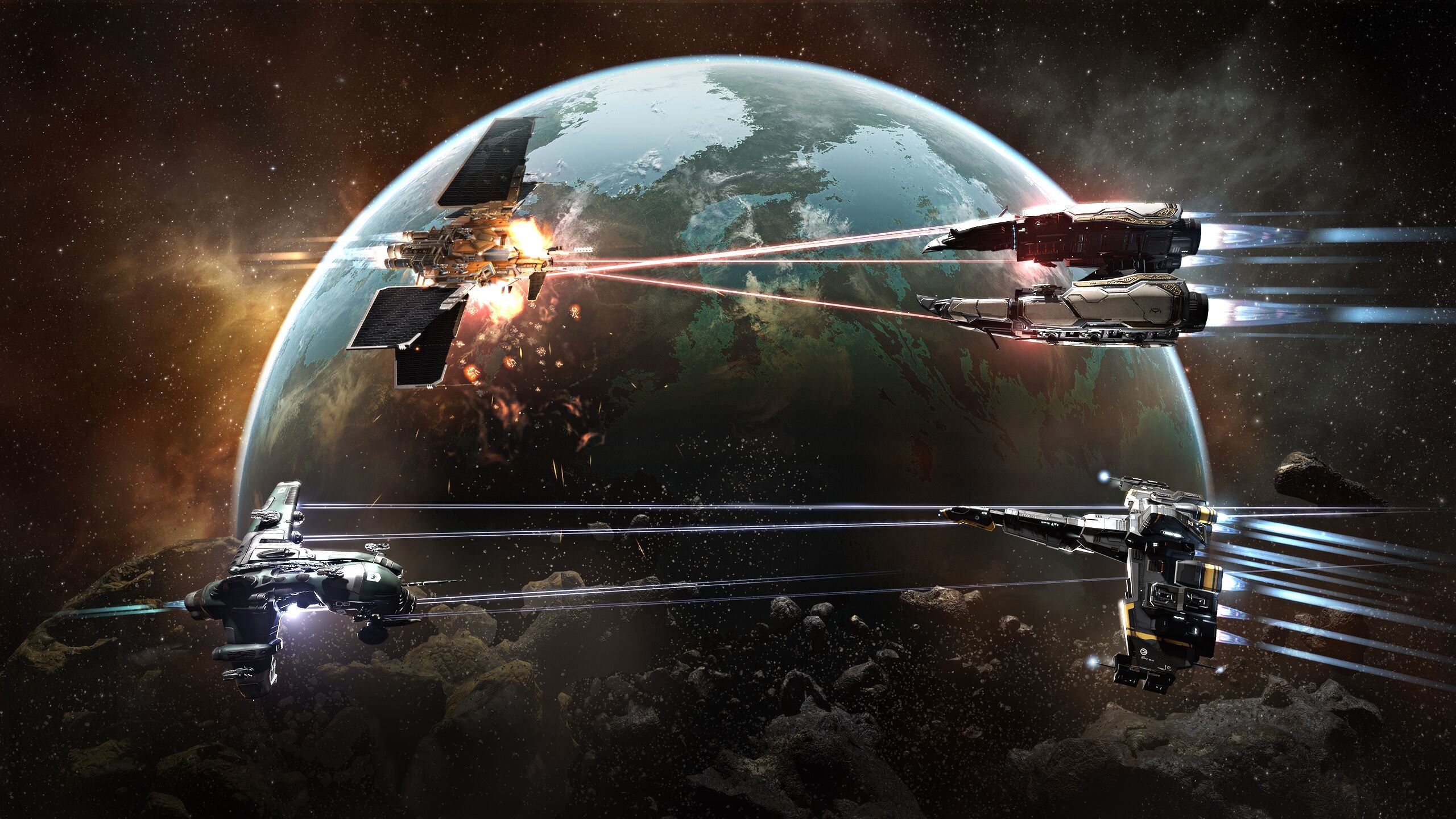 CCP Rise told Kotaku, “When new players join the game, they often have visions of wanting to be the fighter jockey in the fast, manoeuvrable ship. Currently the combat interceptors don’t quite match this expectation; we’re hoping to change that.”

Another topic that dominated discussion during EVE Vegas was the upcoming addition of Korean localisation. CCP CEO Hilmar Pétursson will be speaking at G-Star in Busan, South Korea, in November to announce EVE Online’s official localisation launch in Korea. EVE already has a small contingent of Korean players who play with the international client. The addition of Korean localization to EVE Online could potentially add thousands of new players and change the current status quo.

The event wrapped up with two announcements from the CCP team and the volunteers who staffed the event. Greygal, a player volunteer and fixture at almost every EVE Online event, took the stage and announced that through charity auctions, direct donations, and raffle ticket sales, over $15,000 (£11,658) had been raised during the course of the three day event for AbleGamers, a charity focused on improving the quality of life for gamers with disabilities. The crowd cheered exuberantly at the outpouring of generosity, and then again to celebrate the hard work and dedication put forth by both CCP and the volunteer staff to running EVE Vegas. The crowd’s reaction overwhelmed CCP Dopamine, one of EVE’s community managers, and left him struggling to compose himself for a few moments on stage.

Sorry guys, I got overwhelmed with emotions. There is just so many people that dedicate a huge chunk of their life to making all of this happen. ❤️❤️❤️ #tweetfleet #EveVegas pic.twitter.com/1TPFiLnsLn

This emotional moment was followed by a less harmonious one when it was announced that there will be no EVE Vegas in 2020. Instead, the event will be replaced by a gathering in San Diego, California. The crowd erupted in a round of boos and jeers at this announcement. EVE Vegas has become a tradition for the EVE community, and has grown substantially each year; to say it is a well-loved tradition is an understatement. CCP Goodfella, Senior Brand Manager for CCP Games, told Kotaku the reason for the change in venue next year is due to the success of the Invasion World Tour: “We were able to meet many more EVE players by spreading ourselves around the world instead of doing a huge Fanfest in Reykjavik this year. People come to their first EVE-meet because it’s moving closer to them. San Diego has one of the highest densities of EVE players in North America, when compared to any other city on our list of options.”

With the doors closed on EVE Vegas for this year, and for the near future, EVE players are now looking past it to EVE London, the last event of the Invasion World Tour, happening in late November, as well as to next year, when EVE’s annual Fanfest celebration in Reykjavik, Iceland will return once again. EVE Online is a game about spaceships, politics, destruction and deception, but EVE’s player gatherings prove that its community is much deeper than that. In the immortal words of Permaband, CCP’s in-house band, “The best ship in the universe is the Friend Ship.”